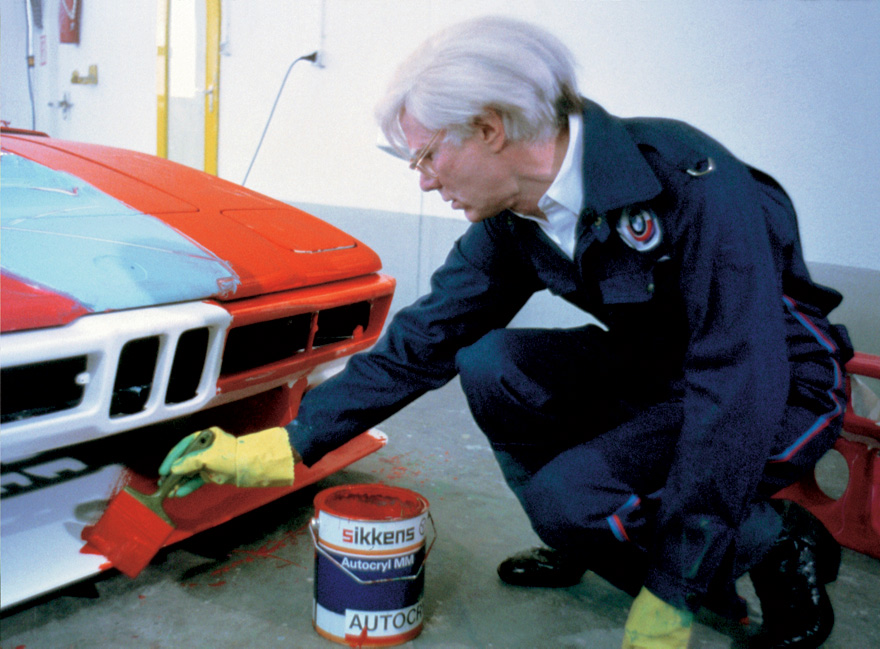 There is, for the most part, a fairly clear distinction between art and design. The former contains its meaning within itself, while the latter points towards external goals or values, for which it is merely an instrument or vehicle to achieve or access those ends. In both cases, function is an overarching constraint: Art, by definition, has no practical purpose; design is precisely the opposite.

Of course, artists and designers alike have challenged this boundary, typically with by questioning the very concept of one domain vis-à-vis the other, whether it's Duchamp's readymades or speculative design projects that point to alternate universes or futures. If the concept car (the subject of a forthcoming exhibition) is an earnest attempt at elevating design into art—at least to the extent that few of them are ever realized—BMW's ongoing Art Car project inverts the dynamic by forcing artists to conform to the immutable shape of a functional object. In short, the automobile is less a three-dimensional canvas than a sculpture in itself, a machine intended, designed and optimized for performance on the road or racetrack. 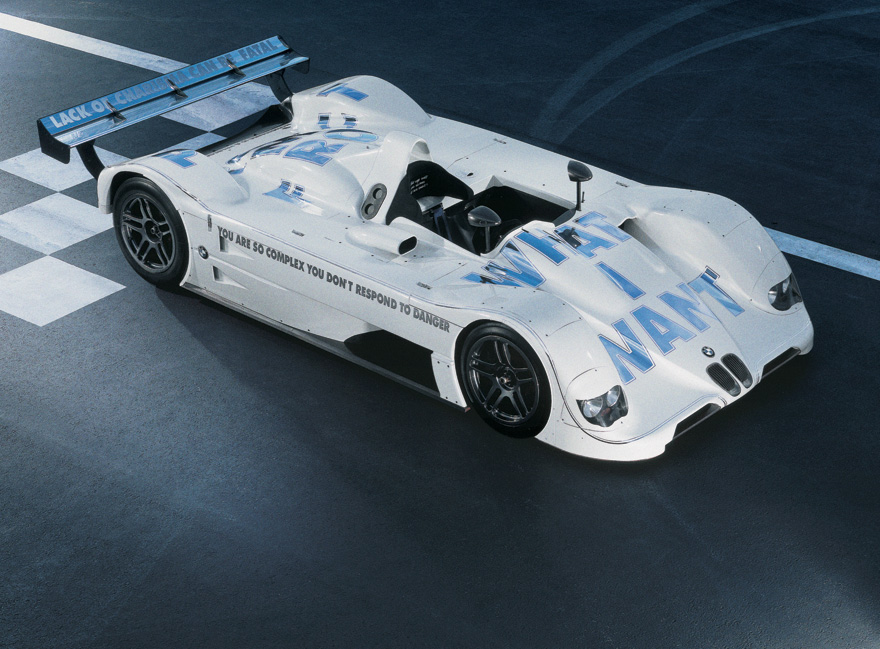 Last week saw the publication of the first comprehensive catalogue of the Art Cars thus far, 17 in all, commissioned in irregular intervals over the past 39 years. From Alexander Calder's inaugural BMW 300 CSL in 1975 to Jeff Koons's BMW M3 GT2 in 2010, BMW Art Cars (Hatje Cantz 2014) includes in-depth stories behind each one, alongside archival images and a wealth of very attractive photography of the cars. 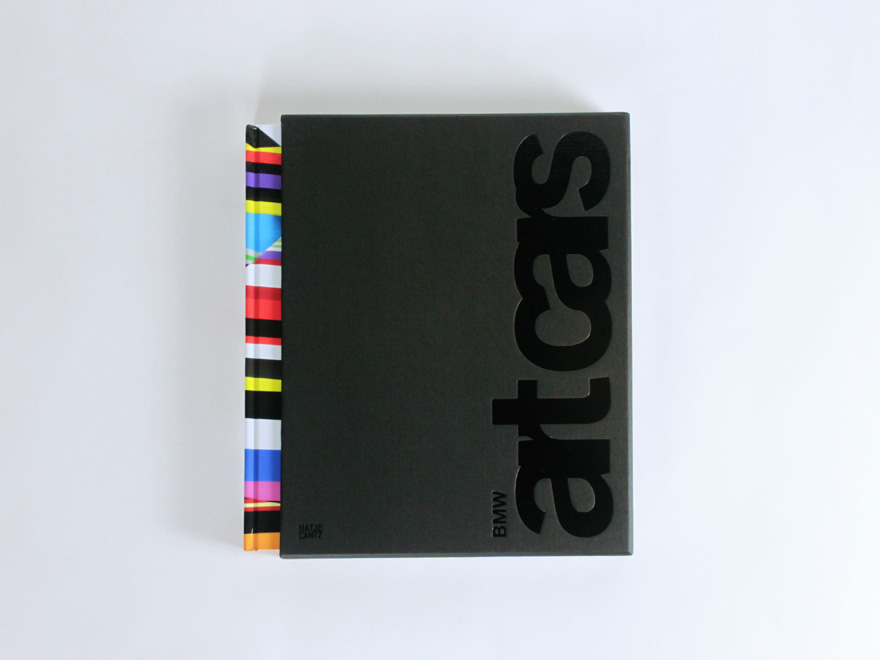 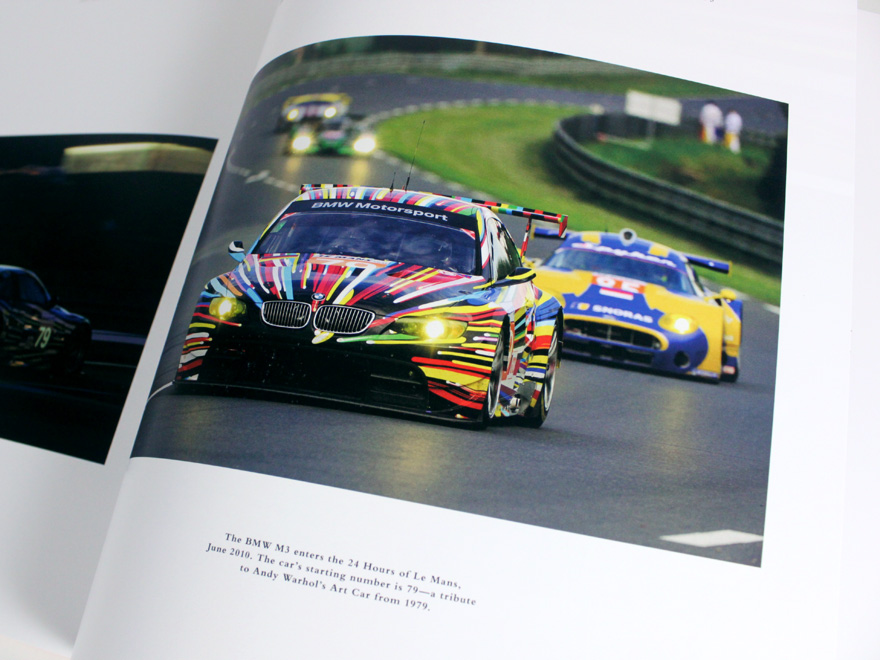 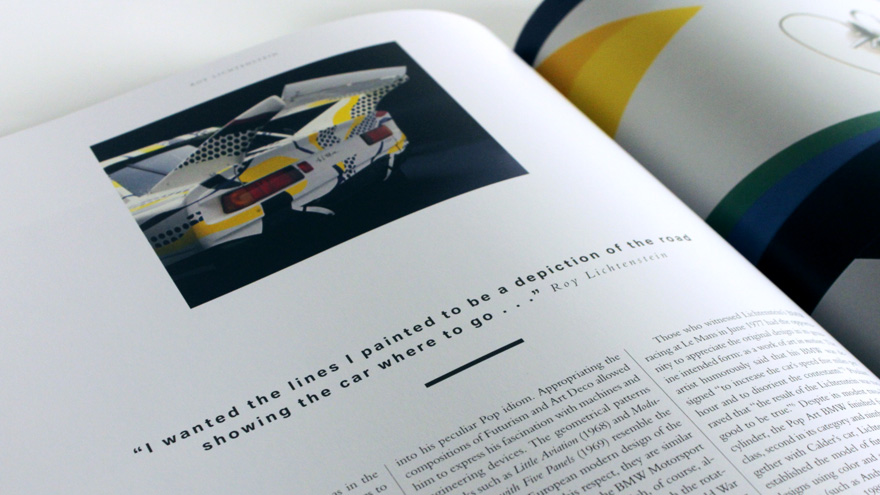 Incidentally, I had the pleasure of encountering perhaps the most visionary of the Art Cars at its debut at the San Francisco Museum of Modern Art in 2007. The refrigerated room conjured a frozen sanctuary, inhabitable as a kind of igloo or even a kind of womb, precisely as artist Olafur Eliasson had intended. Like an embryo protected by the subzero ambient temperature, the car itself—an exposed chassis of the hydrogen-powered H2R racecar—was entirely clad in a perforated shell of ice that has been carefully coaxed (along a wire mesh) into spiky triangular facets. It's a visually arresting comment on climate change among other things, and IMHO is in a league of its own in the collection. 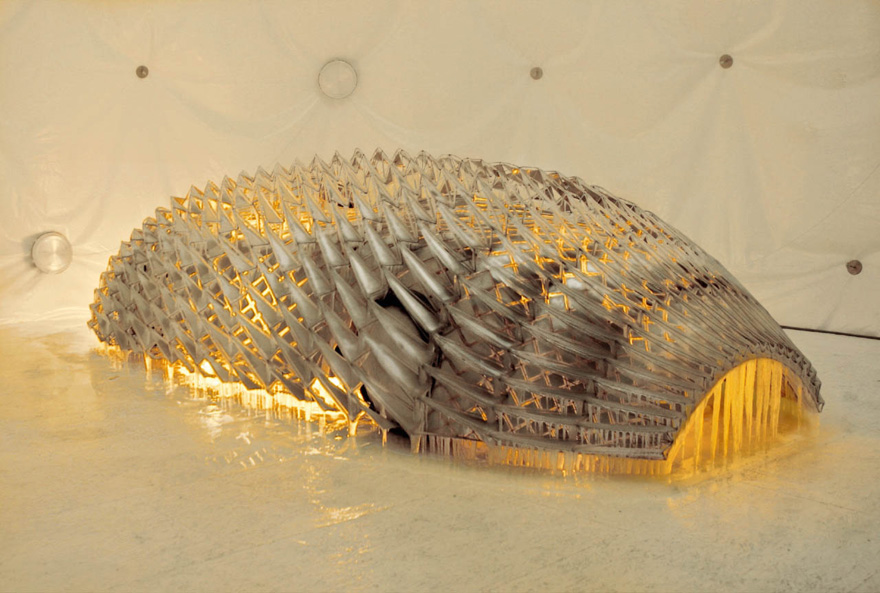 Which is not to say that the others aren't noteworthy; indeed, BMW Art Cars is as much a survey of 17 disparate 20th-Century and contemporary artists, each of whom is the subject of a substantive essay by an art critic. (The glamour shots of the cars are certainly gorgeous, but I do wish the book included selections from each artist's oeuvre for a bit of context.) While the foreword by Maximilian Schöberl (BMW Group SVP Corporate and Governmental Affairs) frames it as the official publication about the BMW Art Car collection, the erudite introduction by Thomas Grist (BMW Group Cultural Engagement & Editor) suggests that it might well be a proper art book. But like its subject matter, BMW Art Cars is best described as something in between: neither art nor design but rather a sui generis project that presents the familiar in an different way.

Images of each car can be viewed on the BMW Art Cars website; the book will be available in the U.S. on June 30 (pre-order of Amazon)