Mark Cavendish on the Launch of the CVNDSH Collection for Specialized 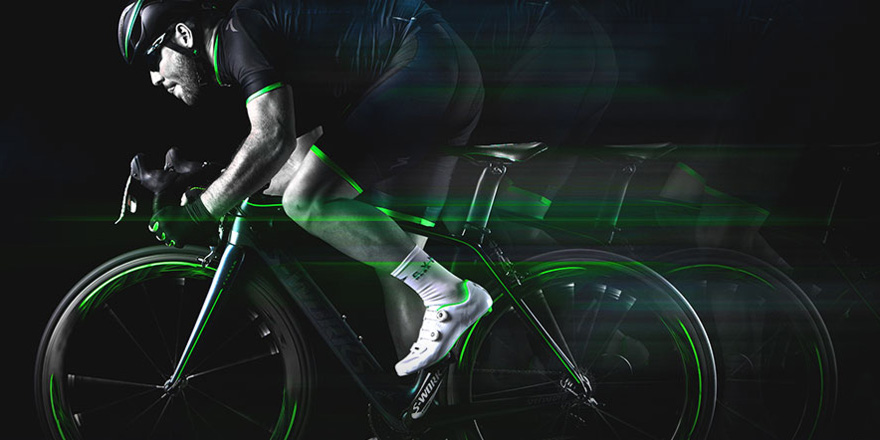 I'd heard that cycling had caught on in London, but somehow I wasn't expecting the shoals of A.M. bike commuters at every intersection in the city center as I was shuttled across town, groggy from the red-eye but alert to my new surroundings. Given the preponderance of helmets, high-viz gear (highlighter-yellow backpacks and shells are the order of the day) and mudguards (I noticed that one fellow had two rear fenders), these folks struck me as rather more like diehard Portlanders than the fair weather pedalers we have here in NYC. I also witnessed a couple of subtler behavioral cues as to the growing presence of the cyclists in London: 1.) an irritated cyclist slapped the side of a car that blocked the bike lane in an ill-advised three point, and 2.) a jaywalker actually checked for cyclists before stepping into a (non-bike) lane.

All of this, duly noted in a single journey from Heathrow Airport to trendy Shoreditch (the adjective is obligatory at this point), where I had the chance to meet pro cyclist Mark Cavendish on the occasion of a product launch for Specialized. And even though only a fraction of the riders traversing London on any given morning would be considered to be the target market for the new CVNDSH collection, he (and Specialized) hope to get ahead of the curve. "Bikes are fashionable now; cycling is becoming popular," Cavendish quipped, even as he acknowledged that it "is still quite niche—[after all,] you've got to shave your legs and wear lycra." 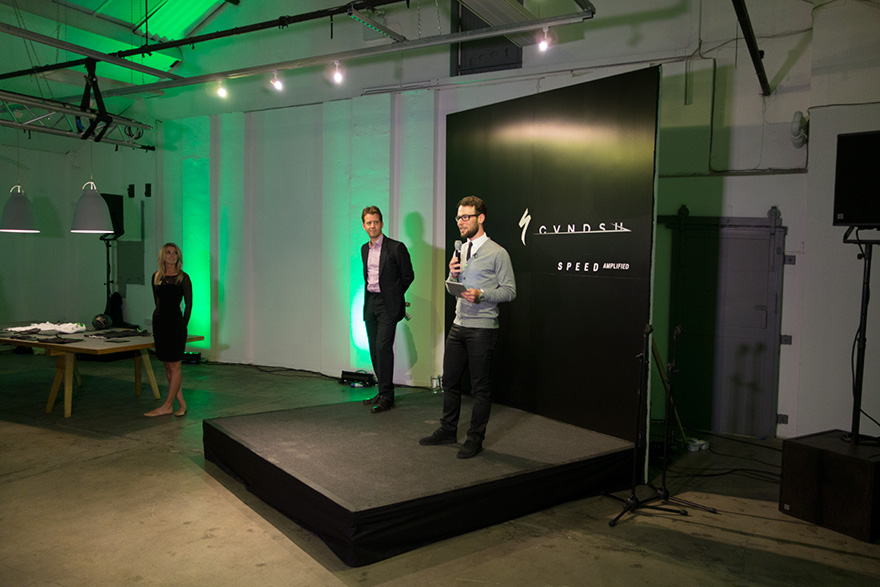 Still, I couldn't quite gauge his renown amongst Londoners—Cavendish is widely regarded as the fastest road cyclist in the world, with a World Championship and 25 stage wins at the Tour de France to his name, among other achievements—though this certainly might have had to do with the very limited sample of non-sportsfans that I'd consulted. In any case, the man known as the Manx Missile is rather unassuming in person, and he struck me as chatty and approachable despite his reputation as a fierce and an at-times outspoken competitor.

He had every reason to be in a good mood: Speaking with the slight lilt that I'd heard in post-race interviews (he hails from the Isle of Man), Cavendish introduced the new road cycling apparel line that he had designed and developed with Specialized: jersey, bib shorts, helmet, gloves and shoes, as well as a saddle. (If it seems unusual that the Morgan Hill, Calif.-based company would hold the launch event in London, Cavendish explained that he was traveling to the Tour of Turkey the following day; if you must know, he'd won the first two stages as of press time.) 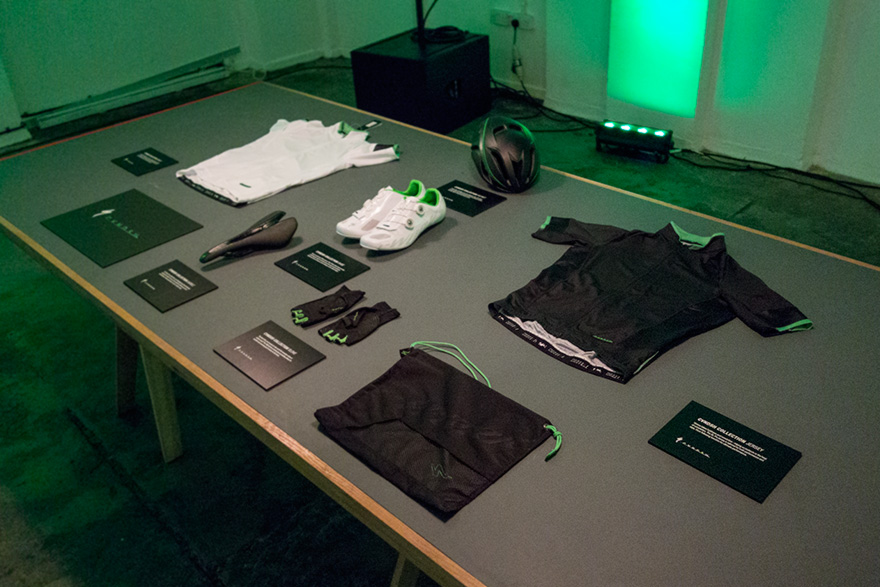 The collection is the latest manifestation of his ambitions off of the bike as he makes the leap from mere athlete to full-fledged brand name: He launched of his quasi-eponymous CVNDSH moniker last year with the limited-edition S-Works Venge and now with the apparel to match (he's also launched co-branded products with Oakley and DeFeet). As a spokesman and the face of the brand, Cavendish expressed his conviction in the product and its transformative power to enhance the speed of the wearer, yet it didn't feel like he was trying to sell it.

Rather, there was something vaguely childlike about his repeated insistence that the kit actually will make you go faster—as the story goes, he produced sketches using his daughter's crayons during moments of fleeting inspiration—suggesting that the appeal might go beyond words. Less a pitch than a statement of faith, his delivery came across as a kind of bemused skepticism at the very limits of empirical evidence—"you will go faster, whether it's the technical aspect or the psychological one"—which ultimately has little to no bearing on your average weekend warrior. (He later noted that science actually tends to work against him: When it comes to aerodynamics, his compact size is a natural advantage, but "bigger guys get bigger percentage improvement from aerodynamics than the smaller guys.") 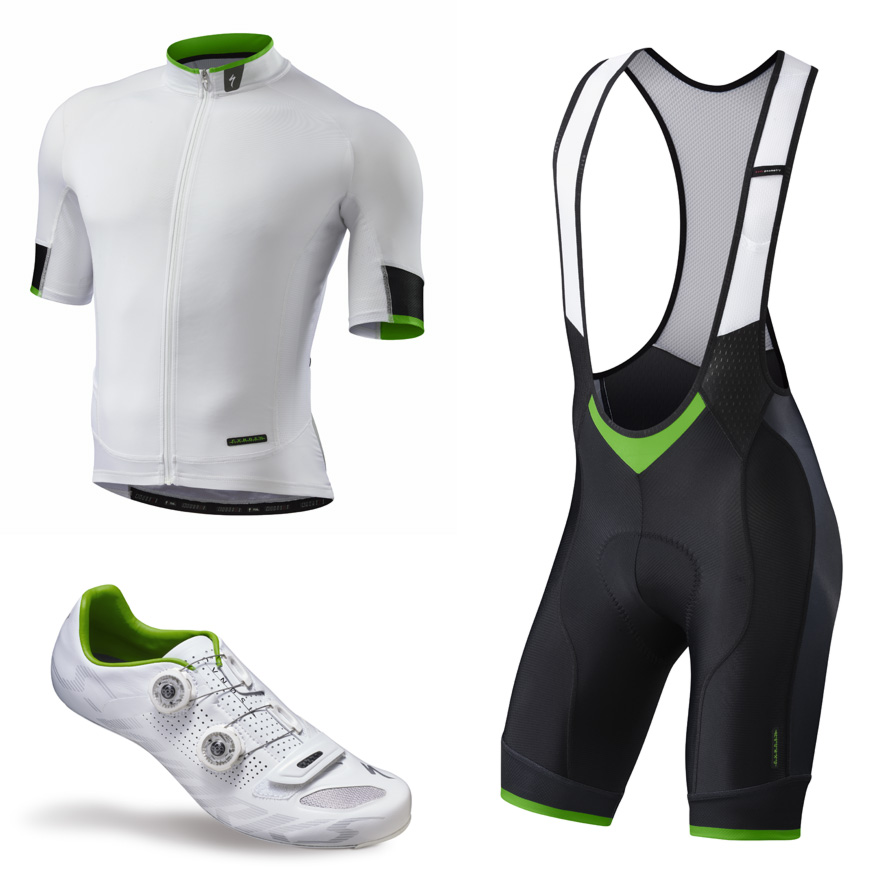 For the record, Cav prefers the black jersey, paired with black bibs, plus white socks and white shoes.

The savvy consumer need not take him at his word: The result is a considered garment that rivals any high-end offering, personal preference notwithstanding. "I really wanted the product to talk for itself," Cavendish declared. "I don't need it to stand out, I don't need it to shout." In fact, he made a conscious effort to keep the branding and logo placement to a minimum: "I never wanted to go to the top; never even wanted to go to the middle [in terms of] flamboyant design—it was always going to be understated detail."

The green accents, of course, refer to the sprinter's jersey, which has graced Cav's shoulders for many a stage of the Tour, including his Points Classification win in 2011 (which, he noted, he'd won on a Specialized bike). Points, for the uninitiated, are earned in sprints throughout the 21 stages of the race, and are hotly contested among a subset of riders who aren't competing for the best time overall (fun fact: the jersey is green because it was originally sponsored by a lawn mower company). It's a subtle cue but it's one that even a casual cycling fan should pick up on: "I can't win the Tour, I can't wear the yellow jersey, so the biggest thing I can [accomplish] is to wear the green jersey." 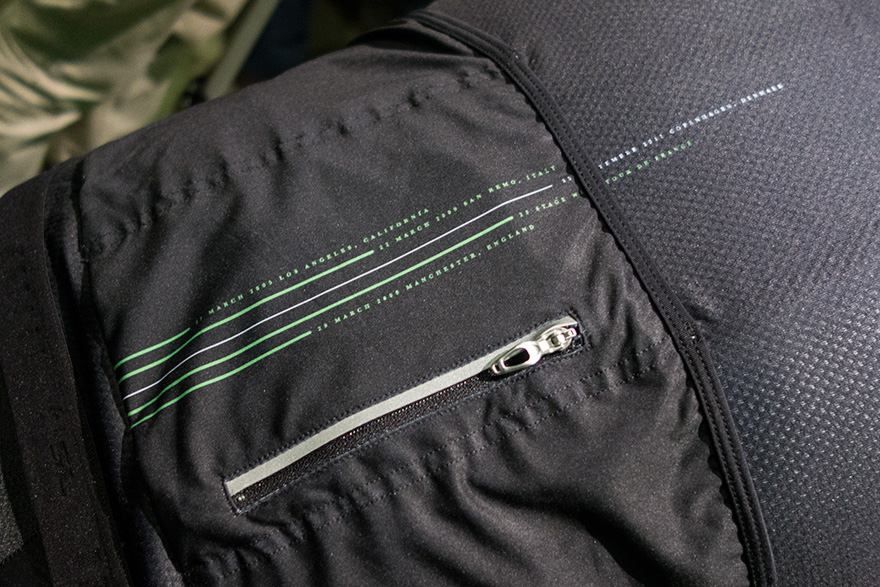 The back is printed with some of Cav's palmarès

The kit, then, is distinctive not for any particular technical feature but rather for its aesthetic as a factor in performance: After all, there are only so many things you can optimize with wind tunnel or FEA testing; all else equal, cycling, like all sports, is a mental game. Cav knows this as well as any professional athlete, and the CVNDSH collection for Specialized is intended to impart a sense of speed and confidence in the wearer. Hence, his focus on designing a kit that looks and feels fast: "If you go past the mirror, you'll turn and you'll look at yourself and go, [does a double take], you know what I mean?"

"It's not often you get that, especially with cycling stuff."

Mark Cavendish on the Launch of the CVNDSH Collection for Specialized