Satyendra Pakhalé on the Perfect Pencil, the Importance of Curiosity, and Why He Quit His First Design Job After One Week 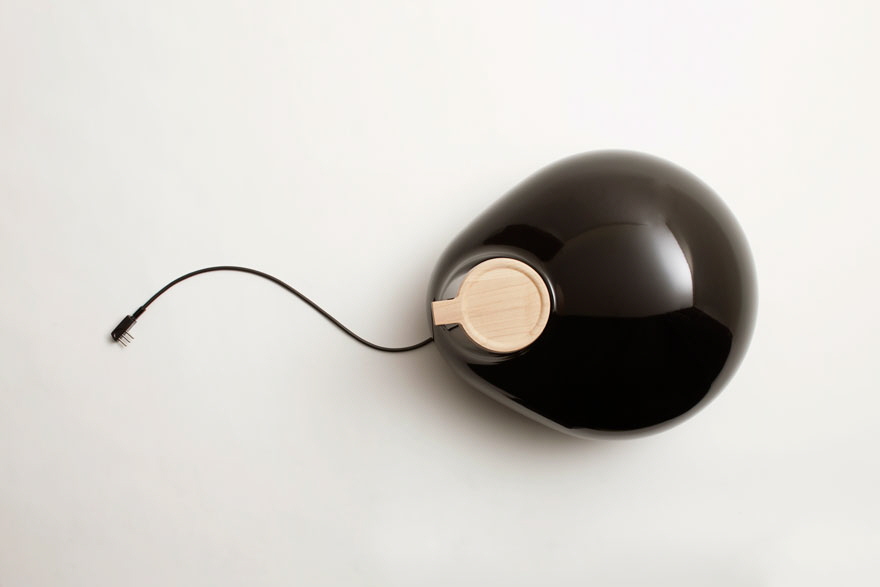 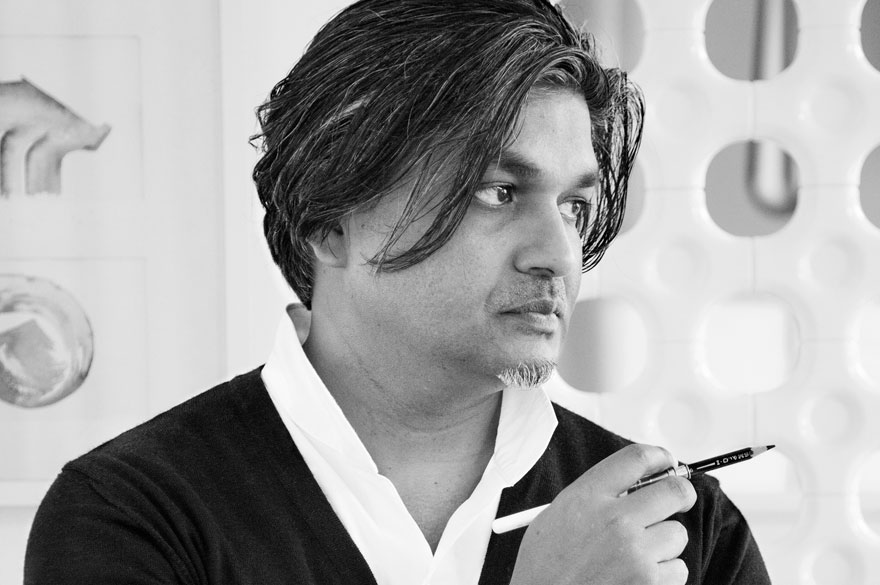 This is the latest installment of our Core77 Questionnaire. Previously, we talked to Eric Trine.

Current projects: There are too many to mention, really. They're in industrial design mainly, and then in architecture and exhibition design as well.

Mission: That sounds quite heavy, but the humble way to say it is that I try to create work that is human.

When did you decide that you wanted to be a designer? I grew up in India, at a time when things were not industrialized—and still in India things are not industrialized. So you make your own things. You don't go to a toy store to buy a toy; you go to pick up wood, go to a carpenter and make toys for yourself. You make what you want. And that's exactly what I do today, except maybe with better abilities and better resources. In that sense I never really chose to be a designer; it was just a natural progression.

But in terms of discovering the profession, there was a kind of beginning. I found a tiny book by George Nelson in one of the school libraries. I was sitting in the middle of India and I read that whole book and decided that was something I wanted to pursue.

Education: I studied design, first at the Indian Institute of Technology Bombay, where I got a Master of Design. And then I did a post-master's program at the Art Center College of Design Europe, in Switzerland.

First design job: Designing watches in India, which I quit in the first week. I was very eager to do things and maybe a bit too naive and too enthusiastic. I wanted to engage with the projects and they wouldn't let me. So I talked to the CEO and he said, "Oh, you might be able to design watches after spending six, seven, eight years here." As soon as I left his office, I wrote a resignation letter by hand, gave it to the secretary and walked out.

Who is your design hero? Design heroes in general for me are dangerous, because they could be limiting. I have trouble with that. I do admire lots of people, both historical figures and people who are active right now. But to call them heroes is a bit too much.

Describe your workspace: It's a space with lots of light. It's between the two canals, so we have a beautiful view from both sides. We have two floors. On the ground floor, we have a big space with storage for all the work done over the years, and there's also a basic workshop to make models and prototypes. On the second floor, we have all the computers and servers and all the people working. There's a big table for meetings and lots of shelving for books and files and all those things. There are no walls—it's an open space with two sliding doors, which are inspired by the Japanese shoji doors but done by us in textile and wood.

Other than the computer, what is your most important tool? The graphite 6B pencil. I've used that since I was a kid, a specific brand called Apsara. I still buy the same ones. But, let me tell you, I will not be mad if I don't have one. I can draw with anything and on any surface; give me a computer tablet or a floor with charcoal and I can draw.

What is the best part of your job? It's obviously to create. To dream and to think about new possibilities in all sorts of ways—not only in a material and technological sense but also in a cultural sense. That is the biggest pleasure.

What is the worst part of your job? The operational stuff—that would be the worst probably. But over the years I've been fortunate to have people around me to take care of a lot of these things.

How do you procrastinate? I don't really. I often get very occupied by projects. I'll want to find a solution or resolve some detail or get into prototyping a certain thing, and I can get consumed in that. In that process, some of the other tasks of being a designer—putting together the text to explain a new project, for instance, or giving interviews—sometimes those get sidelined. But I'm not sure if you call that procrastination.

What is your favorite productivity tip or trick? Really, when it comes to creating, to giving birth to a new idea, there is no trick. But if I look back on my habits, I can see that I'll often try to tidy up my desk or catch up on my calls or leftover e-mails—to clean up my mind and forget about all those small things and focus on the task.

What is the most important quality in a designer? Curiosity. There are a lot of other qualities one needs, but I think curiosity is fundamental. You need to be curious about the world, about people, about the resources for living on our planet. That's the first thing.

What is the most widespread misunderstanding about design or designers? Design as a discipline is hardly understood. As a structural tool bringing positive change to global living conditions—that is really the basic way I would see design as a discipline. Often it is not seen that way. Design in popular culture is a surface, a veneer, a color—just aesthetics, just appearance. Not to say that appearance is not important, but it's not just that; it's the result of many things done right. That is what is hardly understood.

What is your most prized design possession? In that sense, I'm not particularly a collector or possessor of things. I can live fine with almost nothing around me. Things got accumulated here and there, but they're not big "design possessions." So I will pass on that question.

What is exciting you in design right now? What is exciting in life right now, in our culture in a broader sense, is the possibility we have today to communicate with the entire planet with the touch of a button. Of course I'm not unaware of the digital divide we have on the planet; we need to talk about that as well. But the possibility for every individual to communicate with the rest of the world—I think that's extremely powerful and hopeful, and we've just scratched the surface of that possibility.

If you could redesign anything, what would you choose? The first thing that comes to mind is trains for Indian railways. It is sad to see the misery of so many people through the inhuman conditions and poor facilities on Indian trains. It's not that the Indian government can't afford it or it cannot be done. I think it very well can be done, you just need the political will to do so. So that is one thing, but it's not the only thing I have on the list to redesign; it's a quite long list.

What do you hope to be doing in ten years? I hope that I'll be creating still, and hopefully with a deeper concern and wiser sensibilities.

Lastly, who's more fun to have a drink with: architects, industrial designers or graphic designers? It doesn't have to be from a specific profession. I think anybody with a passion for life will be fun, from any sort of industry or walk of life.

Satyendra Pakhalé on the Perfect Pencil, the Importance of Curiosity, and Why He Quit His First Design Job After One Week