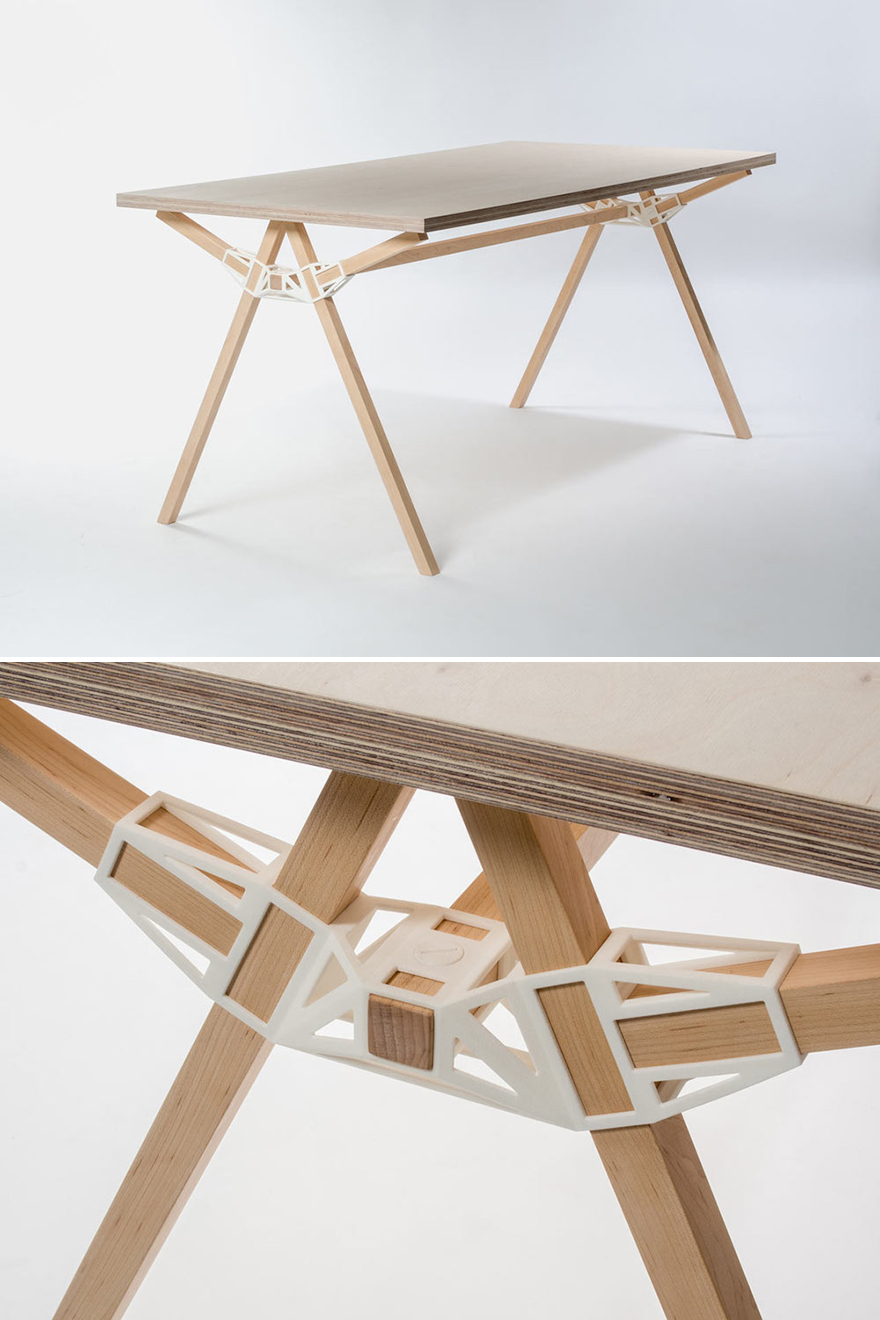 We've seen the concept of gizmo-joined furniture plenty of times before, most recently with Henry Wilson's A-Joint. To refresh your memory, the idea is that the end-user takes a bunch of wood of predetermined sizes, and fastens it together using prefabricated connectors, no traditional joinery required.

But it's this slightly different take on the concept that has our attention. Netherlands-based design studio Minale-Maeda has combined the concept of self-joined furniture with 3D printers and downloadable plans for the connectors, calling the resultant line of furniture Keystones, pictured here. By distributing the production of these connecting components, at least theoretically, among the MakerBot-owning households of the end-users, Minale-Maeda may have struck upon something that could challenge even the mighty IKEA. 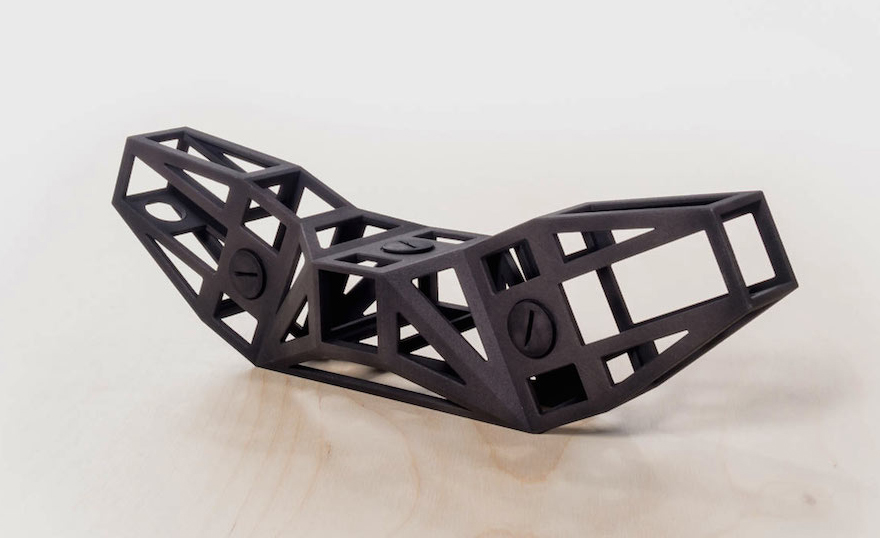 Actually, strike that: If Ikea's smart, they'll look into this for themselves. The company has already got the inexpensive mass manufacture of panels down to a science; it is arguably the cam-nut-and-hex-key assembly that serves as the largest barrier for mechanically-challenged consumers. If 3D printers were to see mass domestic uptake, it's not difficult to imagine Ikea shipping you a flatpack of panels, for which you would then self-print the connecting components. (An idiot-proof design for assembly would have to be an integral part of this plan, of course.) It's also conceivable that they could refresh furniture lines with a minimum of hassle, as end-users could print connections for new designs that incorporate existing panels—saving themselves, or their local deliverypersons, a trip. 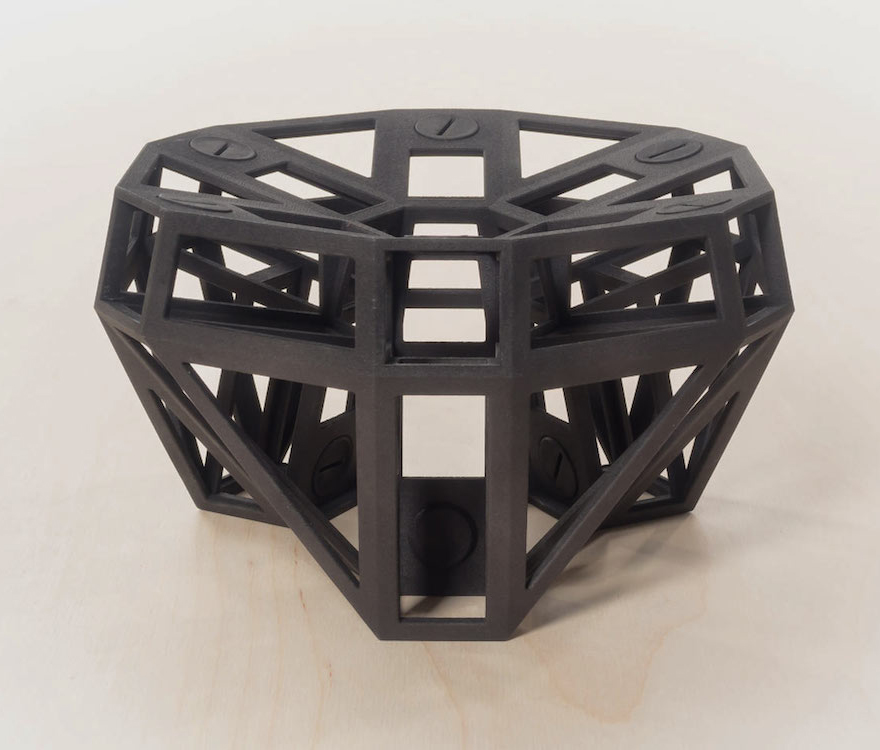 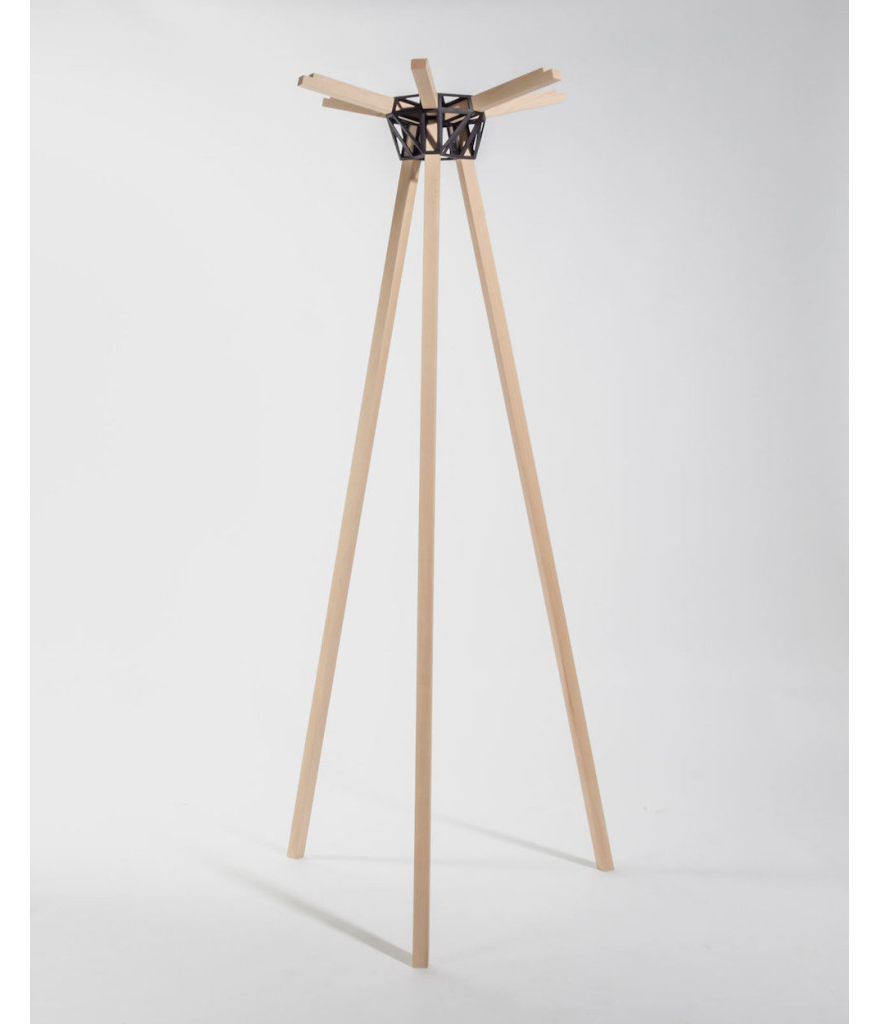 We should point out that Minale-Maeda has no plans that we know of to collaborate with Ikea, and that they came up with the idea for Keystones back in 2012; this is just us projecting a fantasy onto their project. But it seems like the pairing might be a decent fit, as indicated by M-M's mission statement: "They work between usable products and artistic statements as they see design founded in utilitarian needs but aso an expression of culture. They are interested in the effects of consumerism and the improvement of life quality, the possibilities between mass-production and the cultivated skill of the craftsman. They see the contemporary challenge of the information society to embrace the immaterial and find realism in the artificial."

IKEA, if you ring these guys up, we want a commission.