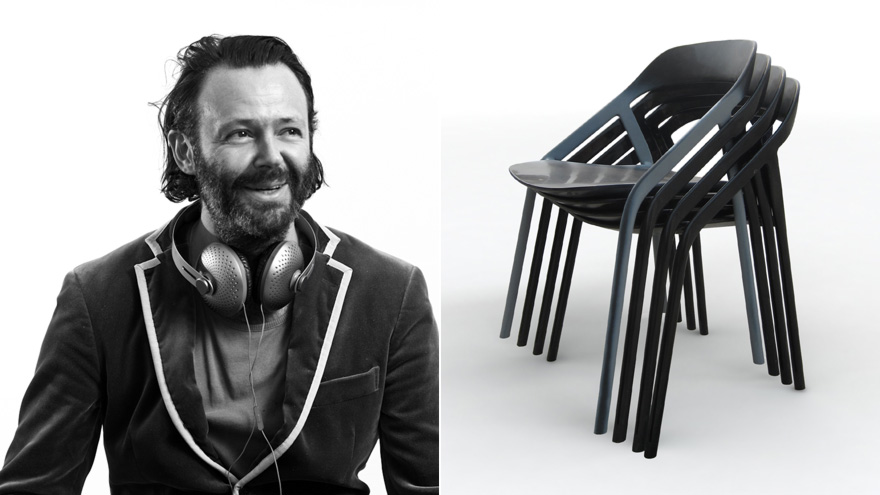 While Salone headlines tend to be dominated by news of the latest and greatest collections from European manufacturers—and the biggest European names in design—plenty of exhibitors hail from further afield. We're always keen to see what San Francisco-based Coalesse has to offer and they didn't disappoint. The new Michael Young-designed Carbon Fiber chair is something of a marvel, weighing in at 5 lbs and available in fully custom paint.

We had the chance to catch up with Design Director John Hamilton, who shared the story behind the chair. The transcript below has been edited for length and clarity.

We do projects both internally and with partners—Michael's our latest one; I've been working with Michael for a couple of years now. We started the process thinking we don't just want to make a carbon fiber chair, we don't want to make a gallery piece—we want to make a real, industrialized solution, at a pricepoint that will enable it to be used for a variety of applications.

So when we started, we set a couple of bars for ourselves: 1.) Make sure it's under five pounds and 2.) make sure you can stack it at least four high. We hit both of those marks—we're at 2.2 kilos or right thereabouts, which is 4.8 pounds... and it does stack four high. Four of them in a box will weigh less than 25 pounds, which is pretty amazing—I have photos of people holding four on each arm smiling, which you can't do with any other chair.

The other interesting thing was working with Steelcase engineering—we were able to leverage their expertise in seating and FEA modeling to be able to understand how to utilize the material in the most efficient way possible in order to reduce the amount of carbon fiber needed to pass all of the business contract solution testing. They have these very, very high standards for what a chair has to be able to do, and this chair passes all of those tests. 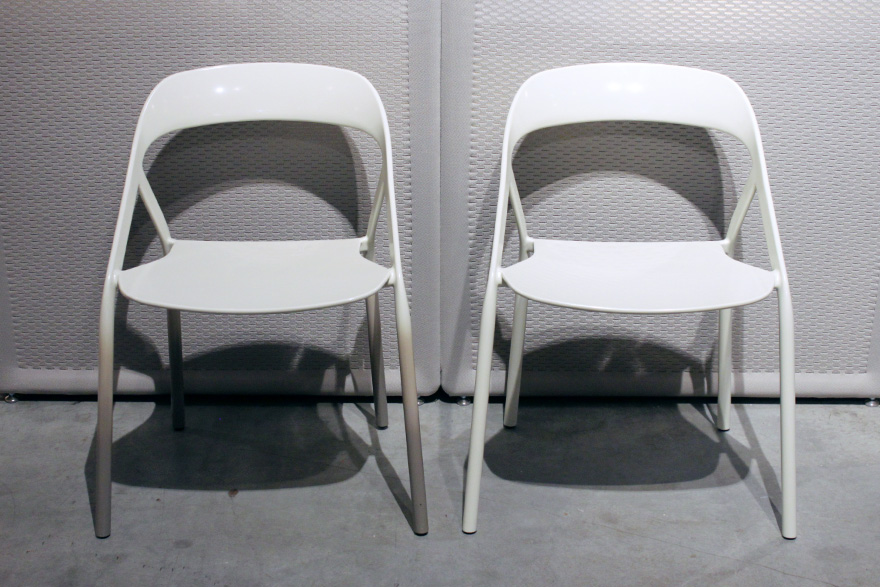 Basically, you can do any paint you can imagine with the paint methodology used in the automotive, bike, boat, etc. industries, because it's the same material. If you send me a chip that's the color of your shirt, we can do it. For the chairs at the show, we did an ombre effect on the legs to show that you can actually do a transition. We did one in metallic, to actually have a depth to it—a copper color—which we did it kind of as a play, because you look at it and think, "Oh, it's a metal chair. Oh look, it's made out of copper." But then you touch it and there's this surprise and delight that you get because you pick it up and go, "Oh, it's not. It's balsa wood... but it's strong." 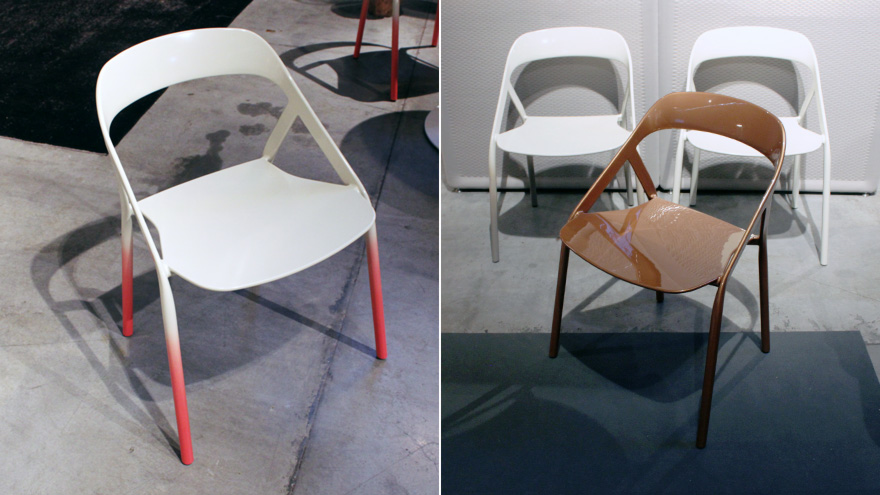 All of a sudden, you realize that this design is only achievable with this material. So we were going after that, how can you push this idea of modern craft, new craft, and that's where design and engineering meet and do something that's never been able to be achieved before. That's what I think this is: Our design and engineering coming together to express something very efficient, optimized, smart, through an amazing new material and process.

There are a lot of moments where craft comes back into it: layering up the pieces to create the structure, putting those pieces together, then sanding and polishing the object to the state it's at right now, which takes a high degree of handcraft. It's hand-painted, so the transition is actually slightly different on each one, and that's because there's a person who did it.

And the finishing, again, is going to be one of those things we're going to allow the designer to take part in—you can make those choices about what areas you want which way. If you said to me, "I need this color," I'd say, "Oh, absolutely." You send me a PMS chip or sample, we send it back to you, you say, "Yep, that's exactly the color I want"... you get a chair back in that color. It's fun, it's participatory and I think that's this new world that we're in; it allows you to really customize and decide why you choose this brand over that one. And it's because you get to participate, you feel like it's yours—this is our first venture into that. 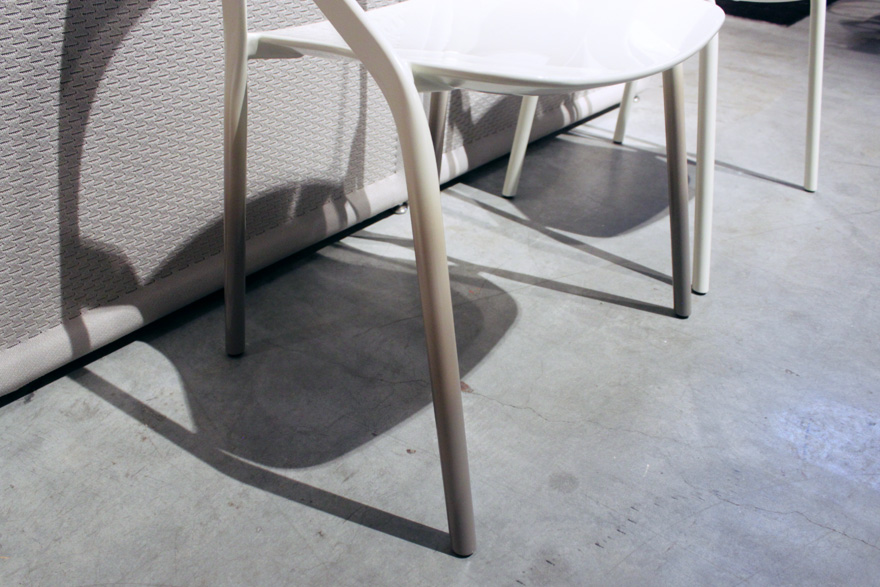 When you think about what designers are often trying to do, is that they're trying to look at a moment in time, and capturing that in a way that is new or challenging. So if you go back to, let's say, Danish modern, what they've done with wood... there've been wood chairs down before, but they did something to it new and different—they steambent it and compressed it and they released those fibers and allowed it be bent it in ways that were surprising and fresh.

Then the Eames, they were looking at fiberglass and plywood, they were pushing that material and technology at that moment. That's what this is for today, taking this new material and pushing it at this moment... I think if the Eames were alive today, they would be playing with carbon fiber.