In the Details: How to Turn Trash-Picked Furniture Into an $11,000-Dollar Armoire 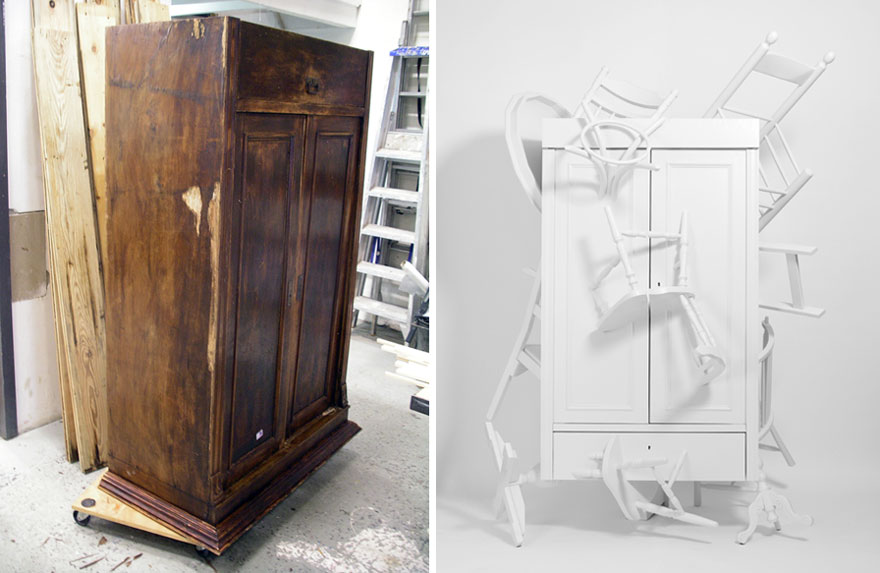 A wardrobe salvaged from the trash (left) was repurposed for Lucas en Lucas's Trash Closet. All photos by Rene Mesman

One man's trash is Marijke and Sander Lucas's treasure. The Amsterdam-based designers behind the studio Lucas en Lucas recently unveiled the Trash Closet, a high-end armoire built from thrown-away furniture and intended to raise awareness about the global furniture-waste crisis.

For the husband-and-wife team, the design process often begins where the life cycle of other products ends. Taking inspiration from written-off or seemingly mundane objects, the team looks to create new functionality and draw attention to these forgotten products. With the Trash Closet, this inspiration came from "urban landfills"—the Lucases' name for the piles of waste that build up once a week in Dutch cities before being picked up by the municipality. "In some cities, this results in huge mountains of waste that lead to very strange scenes on the streets," explains Sander.

These trash piles proved to be fertile ground for the designers, who made a schedule of trash days and pickup areas in order to build their collection of discarded furniture. "Most people would consider furniture in the streets as trash, but if you look closer you might find beautiful objects, sometimes even little treasures," Sander says. With these castoff bits and pieces in hand, Lucas and his wife set about designing a new furnishing that showcased the possibility not only to create beautiful, functional objects from recycled materials but also to create one valued at a much higher price than the sum of its parts. (In that respect they were certainly successful: the Trash Closet has a price tag of $11,268.08.) 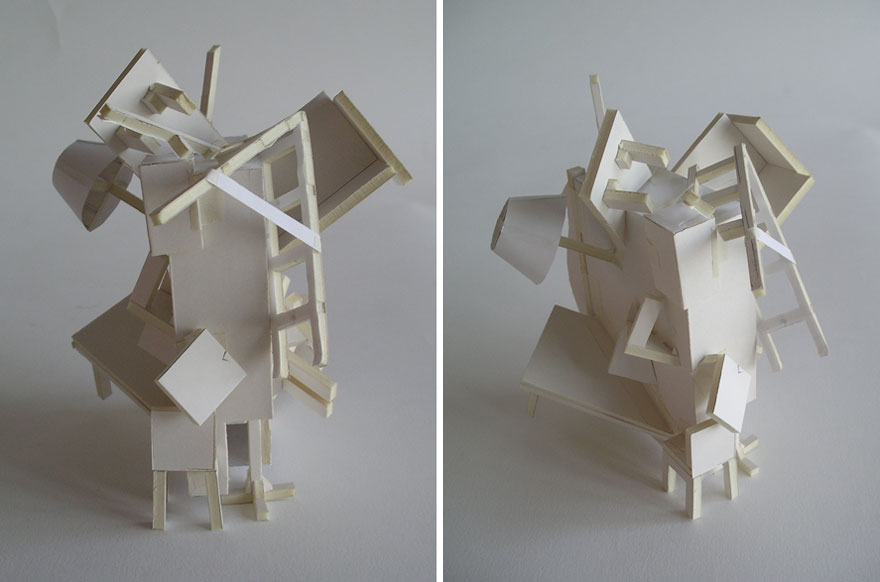 A scale model of the Trash Closet 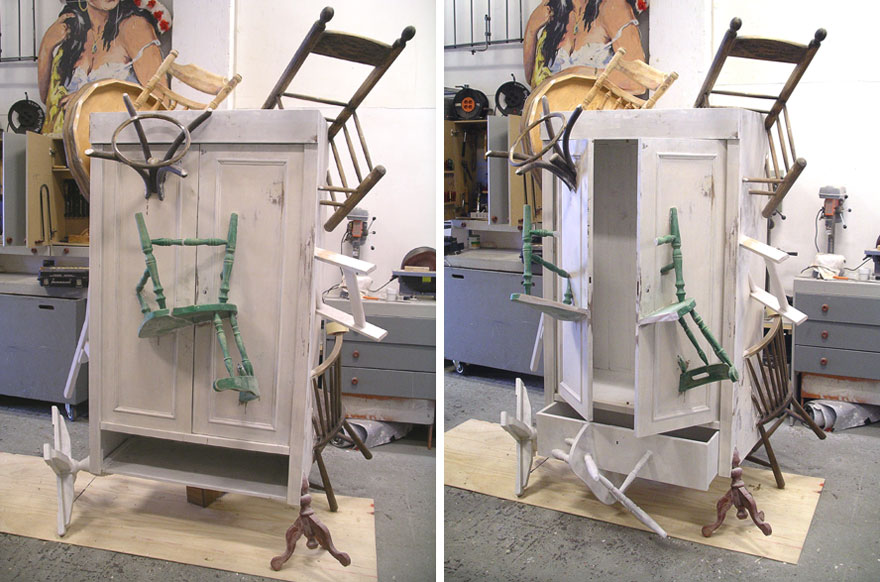 Lucas en Lucas's Frankencloset taking shape in their laboratory, er, workshop"The first thing we did was to create a few scale models, to see what would work and how we could make it exciting," Sander says. "One of our goals was that it must be a real three-dimensional object. It should be possible to walk around it and every time you would discover new elements. Every angle is totally different." The designers strove to use different types of furniture typically found in the home, creating a list of ideal pieces they hoped to scavenge, including a chair, a table, a coat stand, a ladder, a side table, a bed, a small dresser and a large closet.

For Lucas en Lucas, it was of the utmost importance that all the parts used were found on the street. After they found the main body of a wardrobe, the piece started to take shape. First they removed the wardrobe's legs and any ornamentation from the top and base. Wanting to create the illusion that the cabinet was hovering by having it only be supported by miscellaneous pieces, the designers started by supporting the chest with a few crates to get it to the intended height. Then they built off that initial structure—adding and removing other accumulated shards of furniture—to support it at that height. 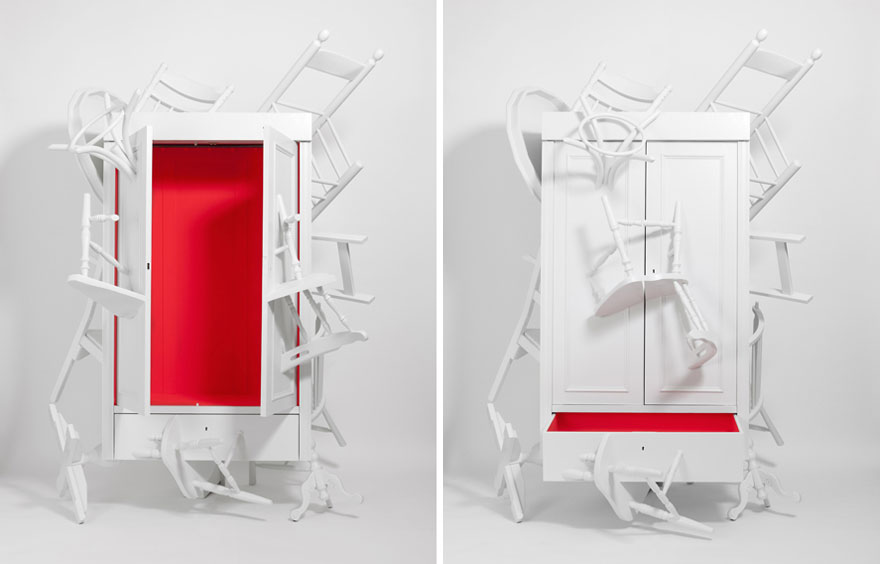 Actually attaching the pieces was a whole other story. "This is really a process of trial and error, because you hardly can determine in advance if it will fit," Sander says. The designers had to slowly remove material from each piece to reach the perfect angles where they would fit together. Of the pieces collected, 90 percent were oak—part of a goal to craft a stable armoire that would be around for a long time. Wood glue was used to create strong connections through long-grain gluing, along with additional screws for a solid construction.

After adding each new outcropping, Sander and Marijke would walk around the closet to decide if the addition fit harmoniously with the rest of the composition. "The challenge is to create the object exactly as you had in mind," Sander says. "To have the expression as good as the scale model or even better than that, all of the finishing touches must be perfect, so nobody sees the transitions between closet and the furniture attached to it."

The final prototyping, production and conceptualization was sponsored by Dutch Design Only, and the finished piece is available online as a limited edition of one.

In the Details: How to Turn Trash-Picked Furniture Into an $11,000-Dollar Armoire