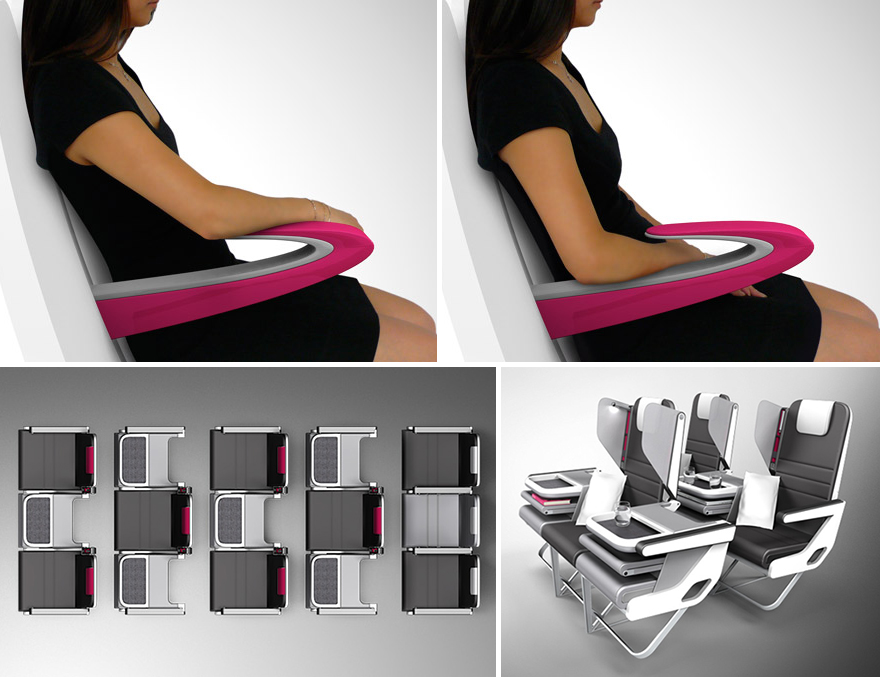 From Hong-Kong-based studio Paperclip Designs come these two re-thinks of airplane cabin design issues. The first attempts to address user comfort by dividing the armrest into two levels, obviating the need for elbow hockey. Paperclip's ergonomics folks have determined that "the two levels must be approximately three inches (7.5 cm) apart, with a roughly 8-inch (20cm) gap between backrest and the upper level," and they reckon that as long as you stick to those dimensions, you've got some wiggle room with the shape of the actual armrest. 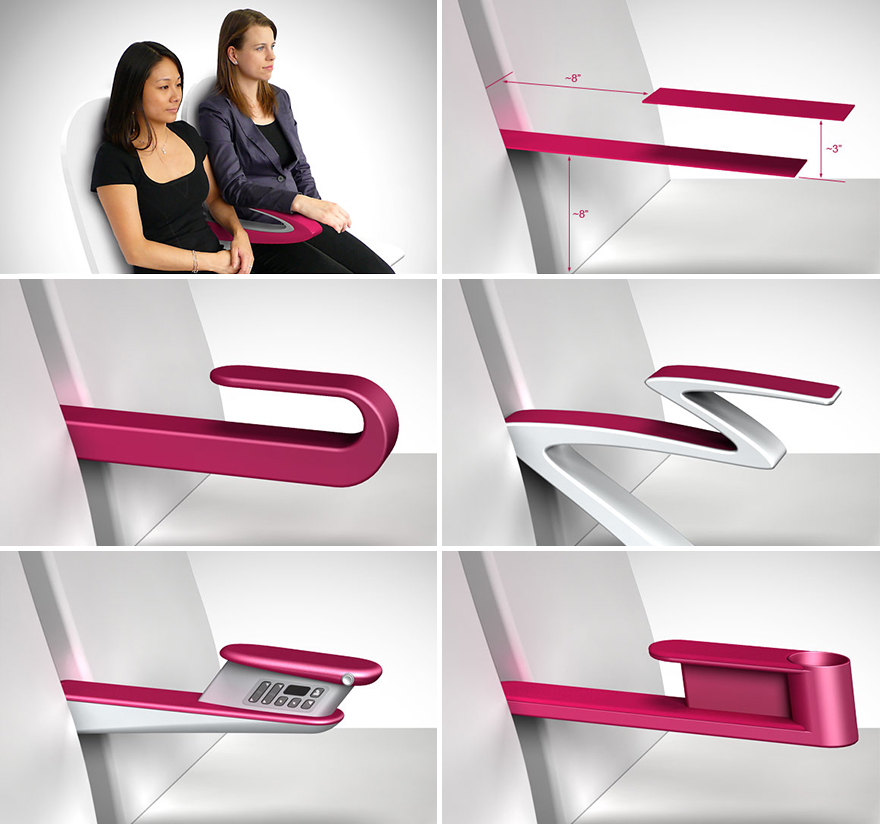 I'm not 100% sure it'll work, but at least they're looking at the issue in a fresh way. "Armrest design," as they point out, "has remained static for decades." While the armrest design addresses passengers, Paperclip's Checkerboard Convertible Seating System is aimed at the airline bean counters, intended to improve their bottom line. It's a simple idea: Seat rows can be converted from economy to business on a case-by-case basis by simply having individual seats fold into tables. In theory, this would mean airlines no longer have to worry about getting the Business-to-Economy ratios right when ordering their airplane configurations, but could instead convert them on-the-fly to suit demand.

The seats are designed in such a way that when converted into tables, the backrest folds deeper into the form, providing more legroom. Check it out:

There is one flaw: Business Class is all about greater privacy, more legroom and wider seats, and this design only tackles two of the three. The thinking, however, is interesting, and this seems like a 1.0 stab at a concept that could be wildly successful with that wrinkle ironed out of future versions.