The Amazon Dash: An Object to Help You Get More Objects 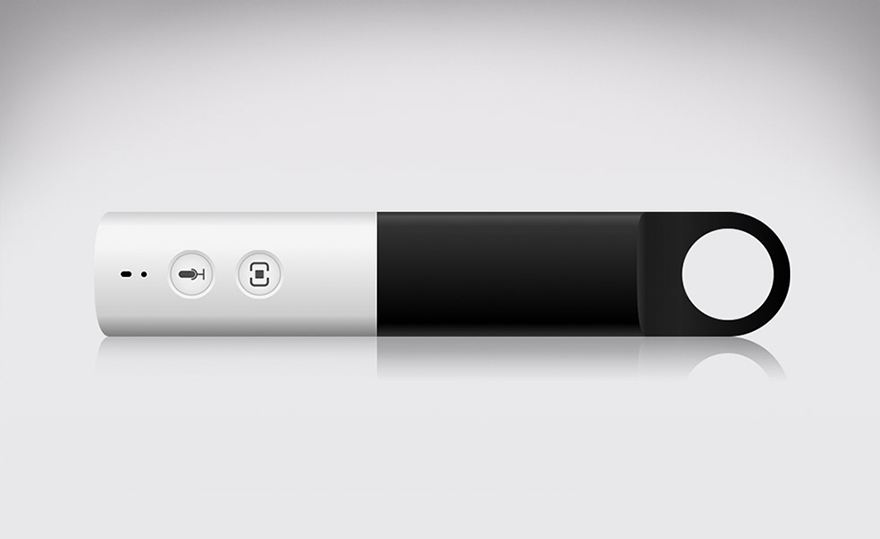 Since Amazon made their name selling books, it made perfect sense when they came out with their own physical object for reading, the Kindle. It enabled them to get a piece of the e-book action. And now that they sell everything else, they've come out with another proprietary physical device related to selling, this one a sort of handheld ordering machine. Whether this object makes any sense, however, remains to be seen.

On the one hand, its utility is clear. The Amazon Dash, as it's called, is a handheld "magic wand" (the company's words) with just two buttons on it. One activates a barcode scanner in the tip, which you run over any item in your house with a UPC code; that object is now added via WiFi to your Amazon shopping list. The second activates a microphone that understands what you say, so you can re-order those pesky items (apples, toilet paper, etc.) that don't have barcodes on them. The catch is that the Dash currently works only with AmazonFresh, their grocery delivery service that only serves a handful of west coast cities, but if this Beta testing period works out, they'll presumably roll it out coast-to-coast.

The reason we ask if this thing makes any sense is because a smartphone already has the physical functionality of the Dash, and all it would take is an app to connect the dots. But Amazon presumably elected to go with a physical device to build up incumbency. With this thing hanging off of your 'fridge, you're more likely to go to it first rather than futzing with your smartphone--where a competitor's app might also reside.

I find this idea of injecting a technological object where it is not strictly needed interesting, not just because it is a business interest masquerading as end-user convenience—that tale has been told since the early days of product design—but because it runs counter to what my design professors taught us during my ID school days: Technology, they told us, would lead to a dematerialization of objects. Instead the opposite has happened.

Just as we now consume more paper than we did before those silly predictions of the paperless office, there are now more objects for us to design than ever. Offices once had a typewriter and telephone that some ID firm designed. Now there are ID firms vying for contracts to design printers, computers, scanners, copy machines, et cetera. Where I once owned one screen in the form of a television, I now own five, between the laptop, external monitor, tablet and phone in my pocket. Objects have proliferated.

That being the case, I guess either way Amazon wins—they sell all of this stuff.

The Amazon Dash: An Object to Help You Get More Objects