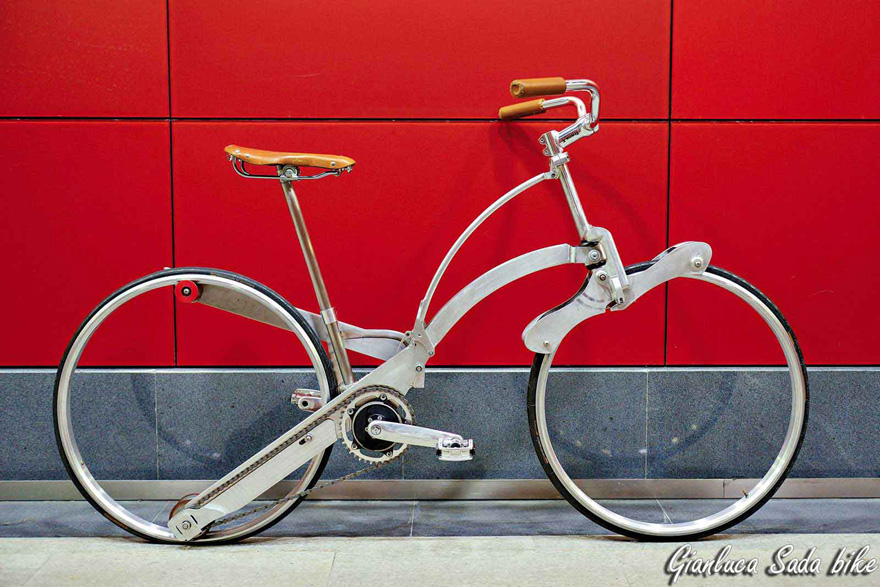 Have you seen the Sada folding bike yet? Nearing the size of an umbrella when folded, this concept bike combines an intriguing and slightly mysterious mechanism with a couple design features that would give a mechanic an automatic migraine. The look is Erector Set meets Bianchi Pista, very distinctive and a little like other angular ideas we've covered. The Sada incorporates full-sized road wheels rather than the fidgety-feeling little ones usually found on folding bikes. It also avoids many of the moving parts needed when trying to fold a drivetrain. The fold is remarkably small, though the "umbrella-size" claim is a little unfair. Most comparative photos have the handlebars removed, which most riders probably won't do every time they stop for coffee. 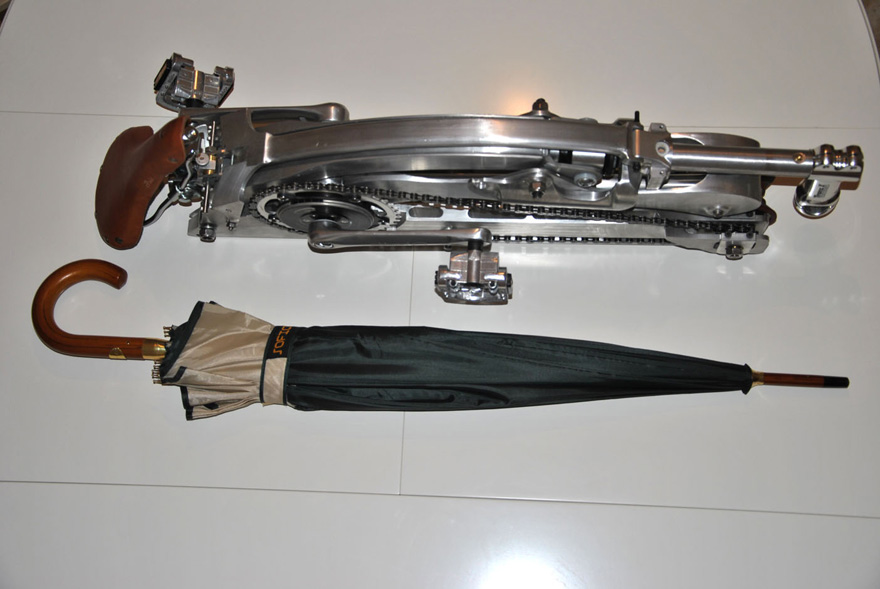 Perhaps most noteworthy is the use of removable hubless wheels. The frame shape is dramatically influenced by reducing the wheels to little more than rims and having them pop off (that process isn't pictured so who knows how much work it takes). The fold owes its cylindrical tightness to that feature, but it opens a lot of questions too. As with most hubless designs, its durability and usability aren't easy to predict. Normally, if by eliminating the hub you are adding friction or resistance, complex proprietary parts, great expense or weight... you're probably not striking gold. Without the distributed load allowed by spokes, you're either dealing with a rigid mag-wheel (yeah, remember those? Comfy, huh?) or, as in the case of the Sada, a super vulnerable rubberized metal hoop. Hit a pothole with your proprietary rim and then come tell me about its efficiency. In this case, hublessness directly benefits the main selling point of the frame design—its compact fold—and might warrant playing fast and loose with practicality. For more views check out their minimally informative video:

Do the ends justify the means? Would you ride something with this kind of hub-free drivetrain?