A Robot that Can Elegantly Run on Legs, Created by Changing the Form Factor 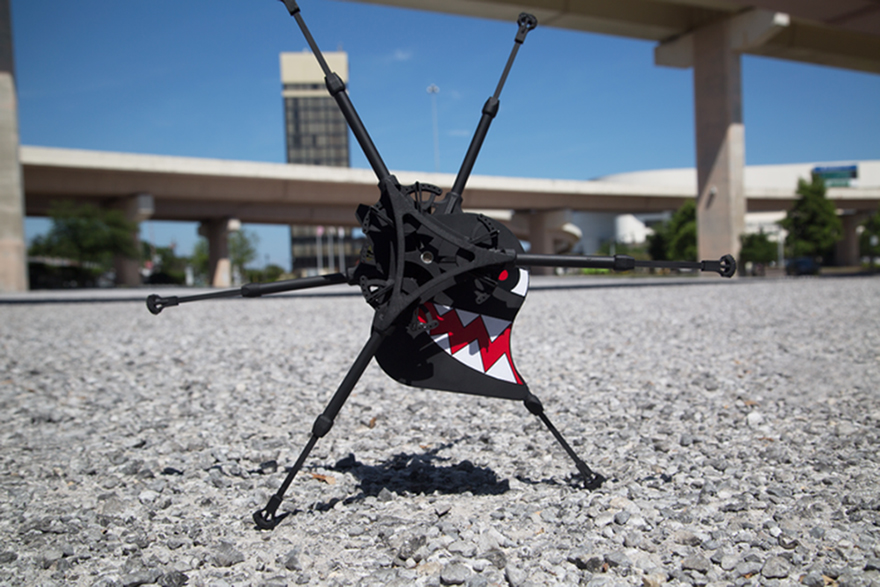 When forging into new design territory, one of the biggest challenges a designer or engineer can face is ridding their mind of the incumbent form factor. For instance, the earliest sewing machine prototypes attempted to mechanically replicate human hands, to pierce and pluck the needle through the fabric. Those all failed, and it was subsequent inventors who created wholly mechanical, inhuman-looking solutions more in line with what a machine could do.

Similarly, creating a humanoid-shaped robot that can run on legs is difficult and awkward. DARPA and Boston Dynamics have shown that it can be done, but the results are often terrifying and do not look mechanically harmonious.

But if the goal is to create a robot that can run on legs, form should be allowed to follow function. And the robot eggheads over at Florida-based Robotics Unlimited have gotten it right. Check out their amazing and elegant OutRunner:

How bad-ass is that? By allowing the "legs" to rotate a full 360 degrees, they have neatly adapted the simple rotational motion that machines can easily do to the task of pedal propulsion. And yes, the thing can run off-road:

While Robotics Unlimited is a serious research outfit, the OutRunner is being marketed as a remote-controlled toy; we can only assume they hope to use the profits to fund more sobering projects. Then again, this thing is pretty darn cool, and they just may have a successful toy company on their hands.

Now up on Kickstarter, OutRunner buy-in starts at $249 for a DIY model and $299 for a turnkey.

A Robot that Can Elegantly Run on Legs, Created by Changing the Form Factor