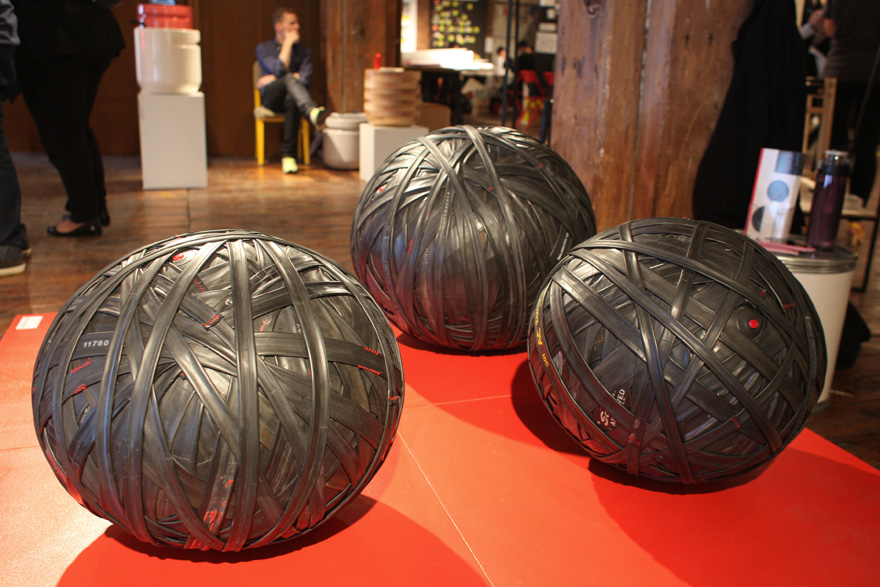 All it took was a fashion show, a particularly inspiring Halloween and a little bit of stolen style from a Greek goddess. Sophie Hones—CYQL designer and DesignLaboratoire owner—had her first go-around repurposing bicycle inner tubes while crafting a Medusa headdress for a Halloween-themed fashion show and has since been hooked on the material. Soon after her repurposed debut, she found herself with a group chair assignment based on the simple brief of incorporating "fun materials." With all of the leftover inner tubes taking up space at home, Hones decided to put them to good use in her seating design. 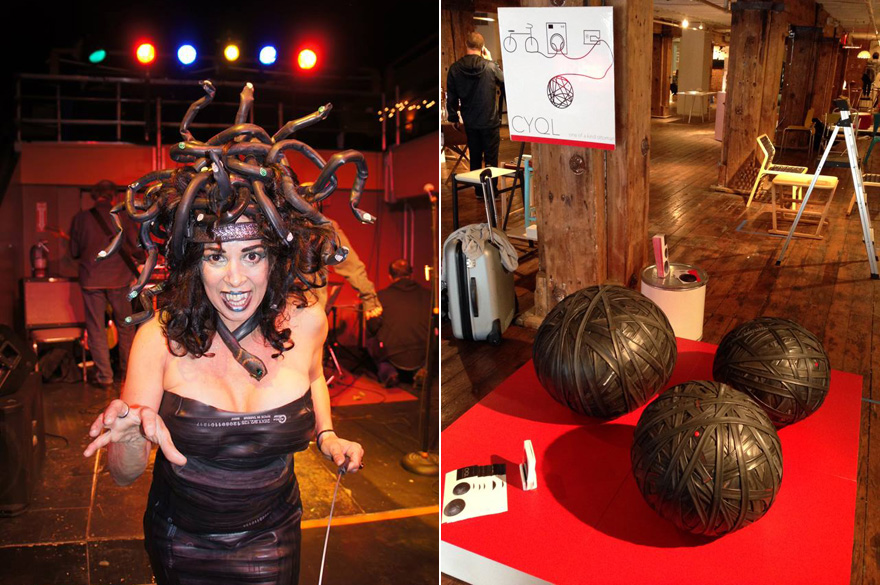 Then and now: Hones' first encounter with bike tube design (left) and the CYQL exhibit at WantedDesign (right)

By taking a ball and wrapping the residual tubes, she came up with a design that nailed what she was going for aesthetically, but fell short in performance. "I just glued the tubes around the ball," she says. "I had to develop the process a little further because it just fell apart." It turned out to be an easy switch from gluing the tubes together to creating one long spool of sewn tubing to get the hold she was looking for. 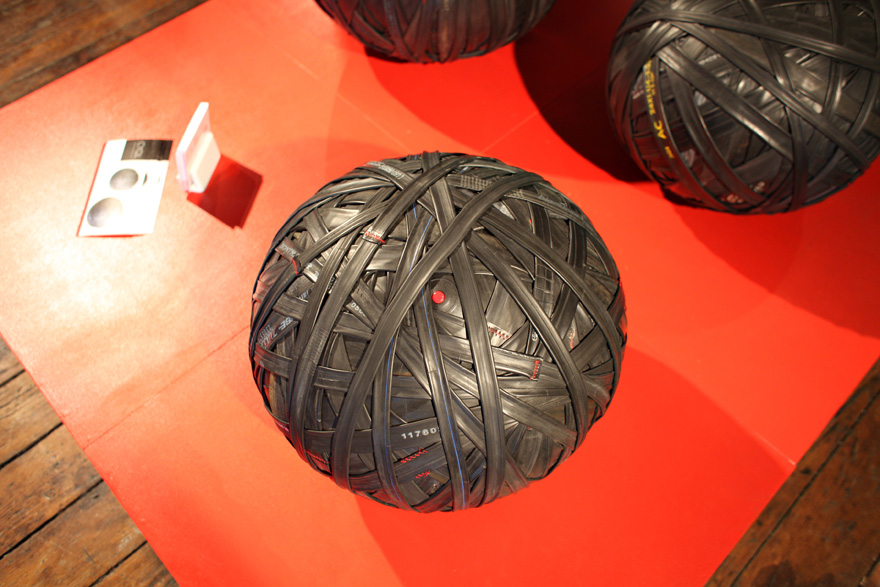 After a bit of networking with local bike shops, she was able to source more material for her rubber chairs. Aside from machine washing the tubes and sewing them together, Hones keeps the rubber looking just as it had on it's last ride. "I always try to show the prints, wear and tear of the inner tubes," she says. "If they have been broken, I sew them to repair them, making a scar. If they've been repaired by the bicycle owner and there's a patch, I leave it. I try to take advantage of the tube's character."

The finished ottomans are tattooed with red thread, giving them the perfect punch of color. I think it's important to mention that the finished product comes off very much like an adult version of those bouncing ball-turned-toys we all (probably) loved as children--or maybe an industrial looking yoga ball. For the record, I had a great time doing a bit of bouncing around at the exhibit in the Launchpad showcase at WantedDesign.

In a world of substandard office seating designs promised to improve posture, CYQL is a fun (and Earth friendly) take on an over-saturated genre. They aren't looking to fool anyone: It saves us all from a few more rubber-burning toxins, it looks good and it's fun.

"Just think about how many miles those tubes have had in their lifetime and the tragic moment of their demise," Hones' husband says. "There's the guy who made it two miles into the woods and has to carry his bike back after his tire tube pops." Looks like one cyclist's pain is our (and CYQL's) gain.