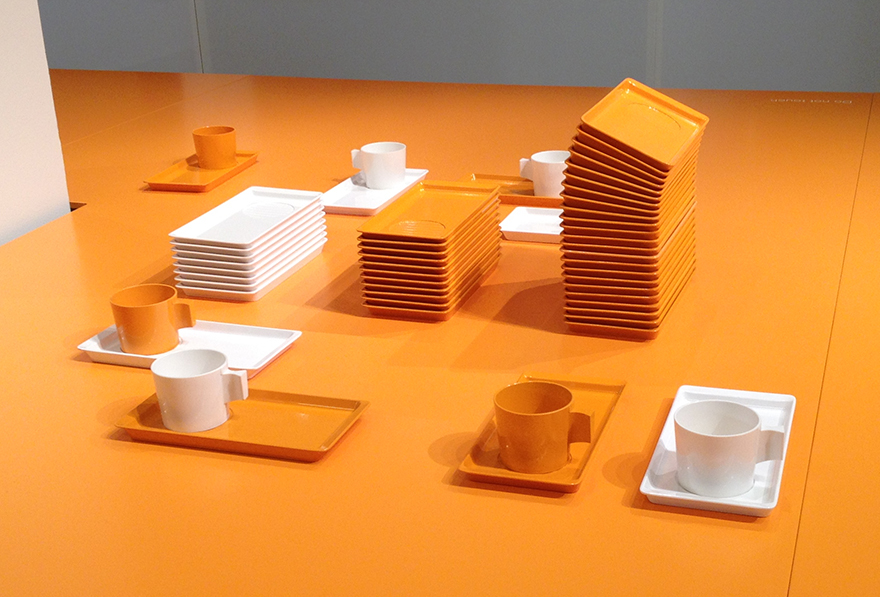 When he was introducing the iPhone 5C, Jonathan Ive referred to it as "beautifully, unapologetically plastic." The subtext being that plastic, these days, is a material whose use ordinarily warrants an apology. But if we go back in time, it is interesting to see how some of the earliest industrial designers to work the material first wrangled its newness into a form consumers could appreciate. 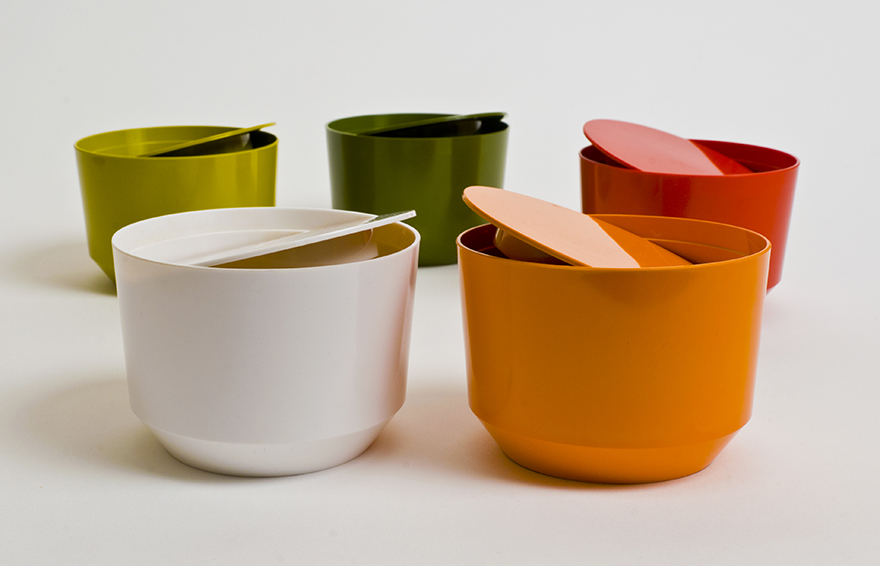 Even for those of you designers who took History of Industrial Design as students, there may be a gap in your design timeline knowledge. In design school many of us were taught that Massimo Vignelli's plastic tableware for Heller, circa 1964, was the first such mass-market design success; but in fact we have to go back a bit further in time, and move north from Italy to Finland, to find an earlier example of a plastic diningware design sensation.

By 1961 Fiskars had already been in the metals business for over 300 years, starting off as an ironworks and gradually transitioning to the refining of steel. But when the then-futuristic material known as plastic came around, the company saw opportunity. The question was, What to do with the stuff? They certainly didn't have the expertise in it that they did with metal, but they did have a talented industrial designer named Olof Bäckström.

Bäckström was tasked with creating tableware from plastics, specifically melamine. But he wouldn't do it alone. As we saw in our History of Braun Design, Dieter Rams worked alongside new hires plucked from the Ulm School of Design. Fiskars, too, availed themselves of locally-available, young design talent: Bäckström had encountered two gifted designers, one from each gender, at the Helsinki School of Art and Design in Mattias Ingman and Gittan Landström. After helping them secure jobs at Fiskars, he now had his design team in place.

The result of their collaboration was Fiskamin, a line of over 130 pieces of tableware including virtually everything you could possibly put onto a dining table: Plates, bowls, cups, mugs, saucers, serving platters, marmalade jars, egg cups, ashtrays, et cetera. 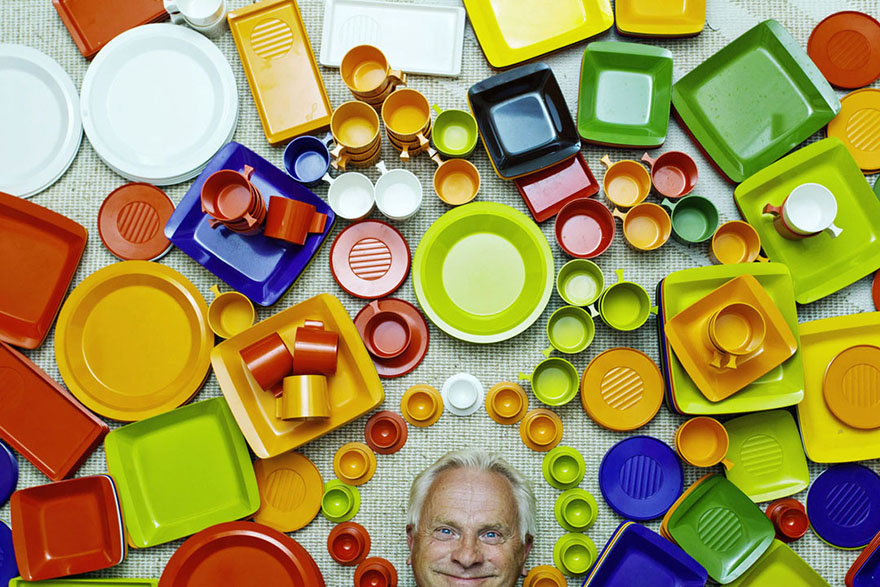 Consumer response was tremendous for these new, bright products that were all, as Ive might say, unapologetically plastic. At a time when Finnish television was broadcast in black-and-white, Fiskamin goods were available in whatever riotous hues could be loaded into the injection-molding machines, bringing colorful cheer into Finnish kitchens. 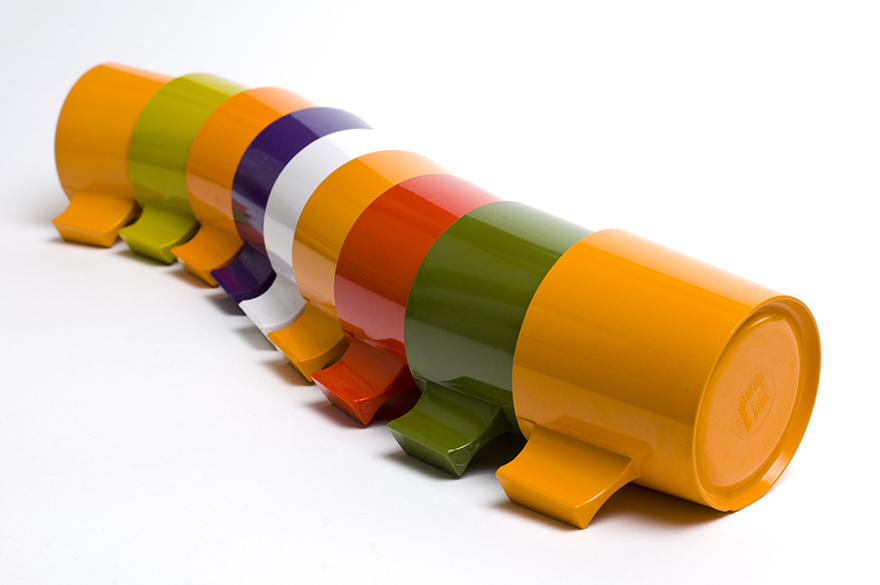 Being plastic, they were designed and molded with precision. As designer Mattias Ingman told author Mikko Aalto in the latter's Fiskamin: The Birth of Colors book, "The pouring lip [of the serving bowl] was carefully designed to ensure that when poured, the contents do not mess up the bowl [and] table. The edge had to be sharp so that it cuts off the flow properly. Because the inside of the bowl tapers downwards, even a small amount of the contents to be mixed gathers at the bottom of the bowl nicely. However, the bowl looks better if it is slightly wider--this is why the wall thickens downward. The base is slightly chamfered to prevent the wall from becoming too thick." 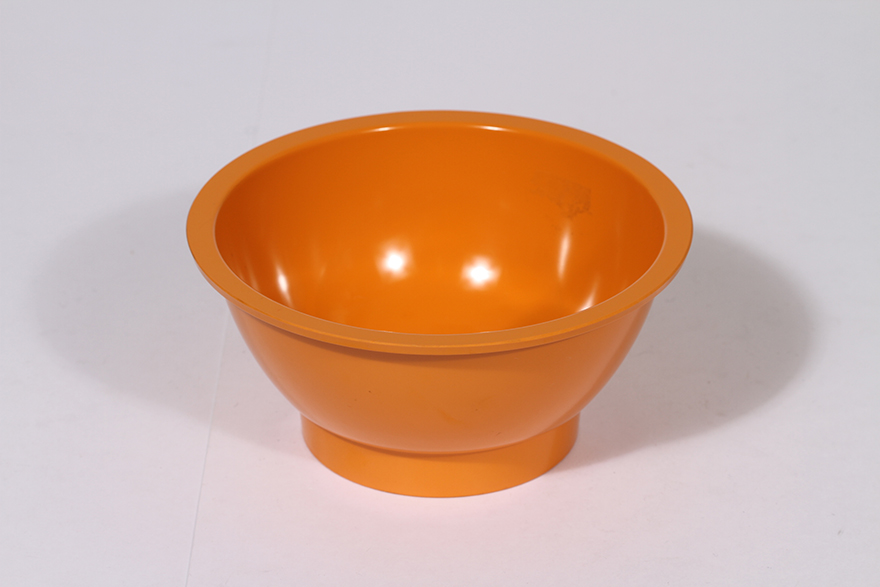 Another benefit of using plastic was that Fiskamin goods were unsusceptible to shattering during moments of kitchen clumsiness. They were relatively durable, yet lightweight. For those reasons, Fiskamin products made their way not only into proper homes, but onto the road. Campers threw them into backpacks, people carted them off in boxes to use in their vacation cabins, boatowners used them to stock their galleys. Finnair jetliners served their in-flight meals on Fiskamin. The catering racks at Finlandia Hall, Helsinki's elegant concert venue, were stocked with a special white Fiskamin variant. "It became quite a success," says Max Alfthan, Fiskars' Chief Strategy Officer, "and [Fiskamin products] were found in almost every home in Finland." 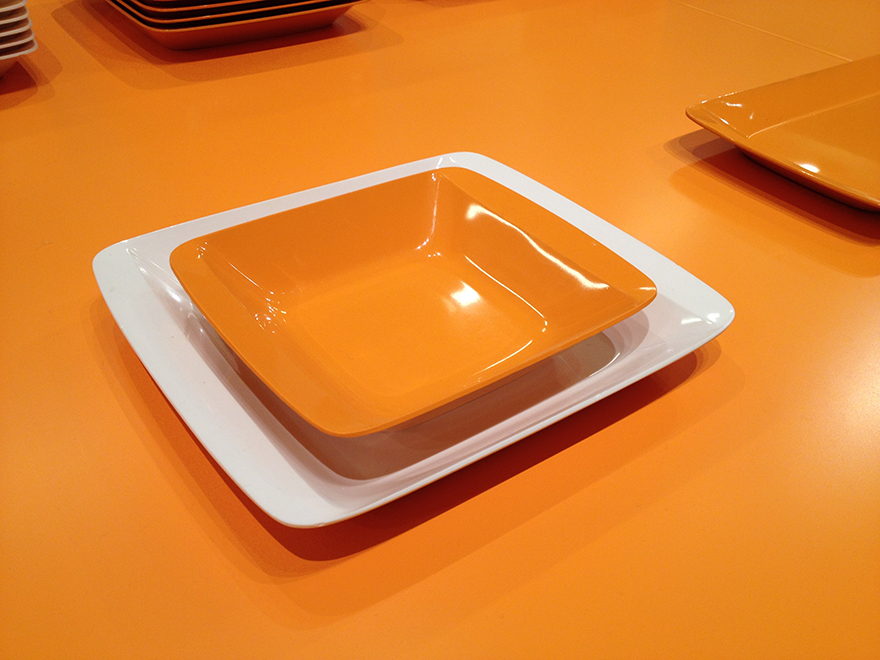 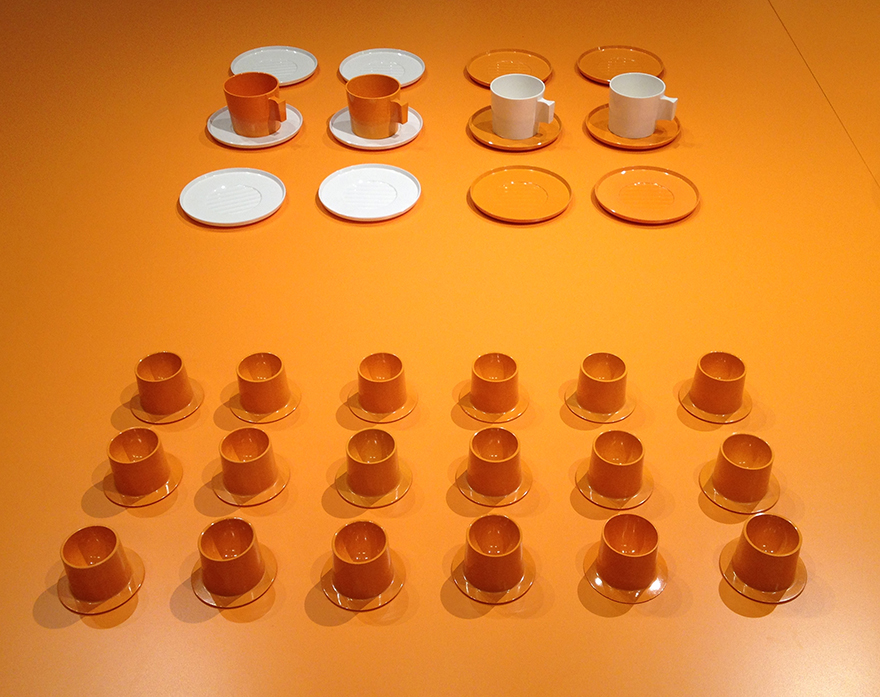 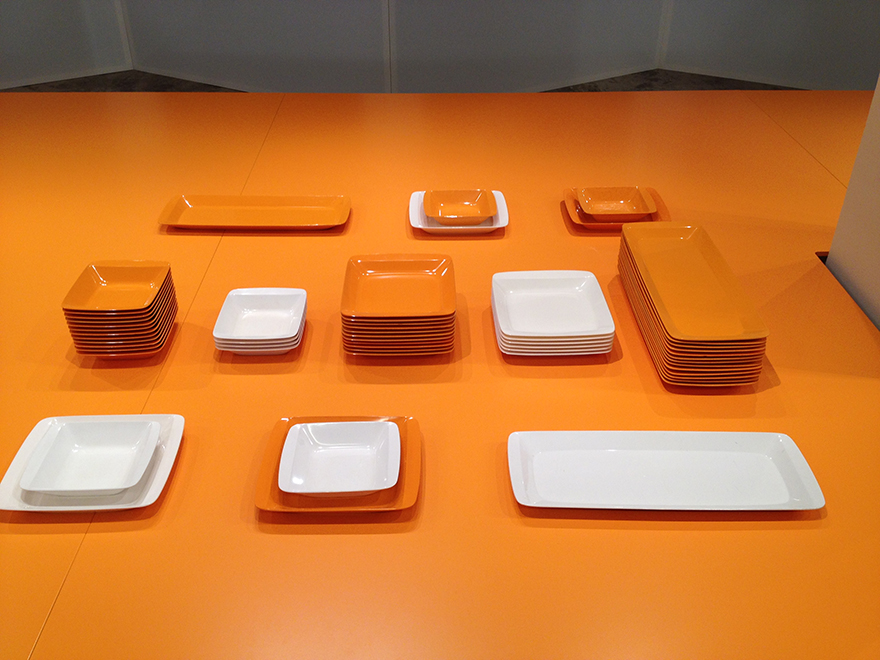 So why have most of you never heard of Fiskamin, and why aren't they in the MoMA? Vignelli's Heller dishes had the added benefit of registered stacking, but beyond that it is difficult to argue that these two lines of objects are not in the same class. Perhaps the Fiskamin line was simply overlooked by design-honoring bodies, or perhaps they were considered and passed over, we don't know. But what isn't in doubt is that this product design hit was a relatively short-lived one, lasting a little over ten years. In 1973, the oil crisis hit, and as the price of petroleum skyrocketed, suddenly this previously inexpensive material no longer conferred the cost savings that had made it so attractive in the first place. Fiskamin production was no longer profitable, and the line was shut down.

A decade and change is little more than a blip in the timeline for an organization as old as Fiskars. But Fiskamin had a profound impact on the company's future fortunes. For one, it gave them a familiarity with how to work with plastic, how to move forward using this new, previously foreign material. Two, it gave them a taste of design success vis-à-vis everyday consumers. This success was domestic, limited primarily to Finland. But by taking the Fiskamin step, Fiskars had unwittingly set themselves up for the next phase of their growth, which would be explosive—with a blast zone extending well beyond Finnish shores, turning the company into a global player. Stay tuned for our upcoming True I.D. Story on how this happened!