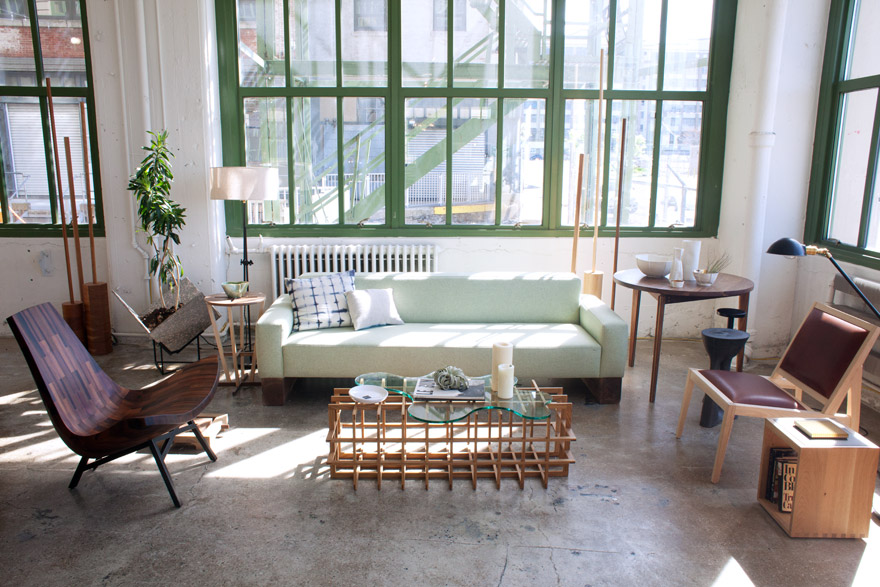 It was during a trip to independent furniture show BKLYN Designs last year that New Yorkers John Neamonitis and Charlie Miner came up with the concept for their new website, WorkOf. Launched in January of this year, WorkOf is an online platform that is helping New York's thriving designer-maker community to reach consumers while providing consumers with a new way of discovering hard-to-find design. "I was walking around [BKLYN Designs] and there was all of this really amazing work," says Miner. "I was asking people, 'Where would I go to buy this stuff? Is there a somewhere where I can find it all in one place?' and everyone told me it didn't exist." Surprised and frustrated by the response they were getting, Neamonitis and Miner set about creating a solution.

WorkOf functions like a collective online storefront for its community, directing traffic to the designers' websites and online stores. "We launched with 20 makers but have nearly 40 now," says Miner, reflecting on a very busy five months. While every designer brings his or her own unique style to the table, the pieces are united by a raw, industrial aesthetic that identifies them as handmade in Brooklyn. Industrial brass lighting fixtures come courtesy of Workstead and Allied Maker, while Stefan Rurak's heavy, reclaimed wood furniture and the blackened steel frames of Vidi Vixi's pieces are softened by Calico's ombre wallpapers and Fort Makers' painterly fabrics. 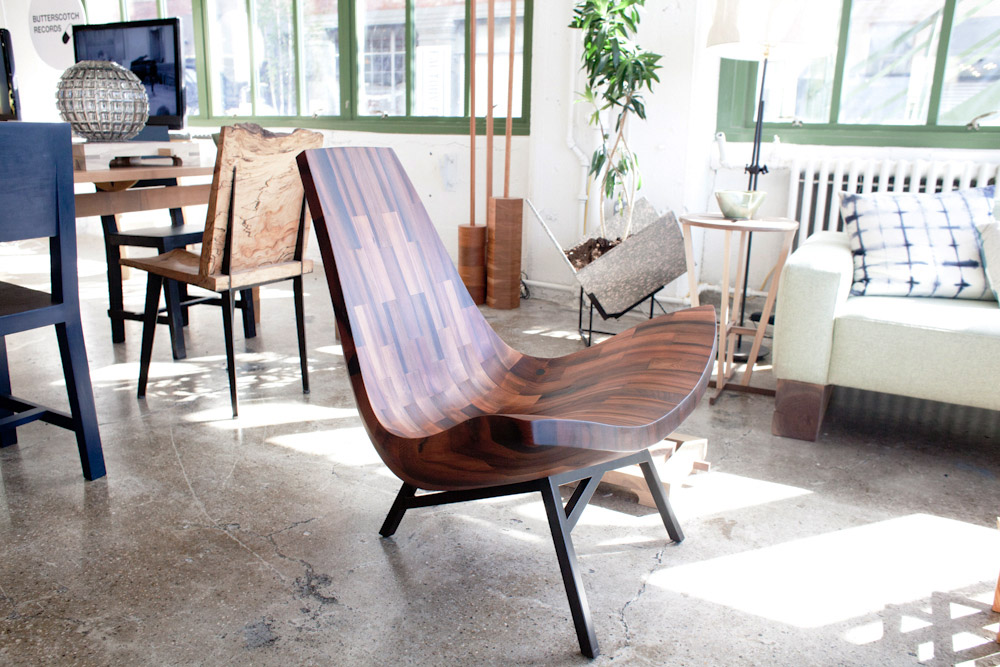 Although membership of WorkOf is free, applications are carefully considered. Miner explains, "Although we're certainly open to people approaching us—I mean, that's what we want to do, to support the community—we also want to be sure that the artists we represent are commercially viable; that they can scale to meet demand and that they can handle customers in a professional way because it reflects on everybody. It's not a hobbyist platform, it's not for amateurs."To generate revenue, the duo have introduced a line of furniture and lighting created by the designers exclusively for WorkOf. Showcased for the first time during NYCxDesign at Industry City—a new design destination in Brooklyn's Sunset Park that was hosted in collaboration with WantedDesign—the new pieces can only be purchased from WorkOf's own, newly-opened online store, which is arranged like an an apartment, to help customers imagine the pieces in their homes. "You can see the products staged and shot in the apartment environment, as well as see detail shots," explains Miner. "It's really about trying to create a different shopping experience and to help people who want to find something new and interesting. Also we tell the stories of the people who are making the pieces themselves, because it's so important. There is a story to tell about every single piece." 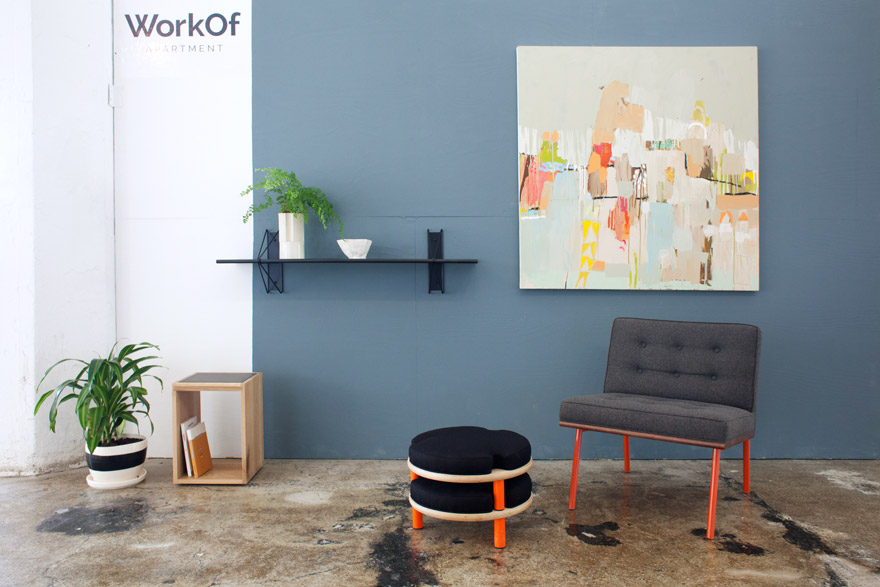 Both Neamonitis and Miner previously worked in finance, but for the latter, whose uncle is renowned New York furniture designer and manufacturer Tucker Robbins, the design world has always been part of his life. "I grew up working with him, travelling with him, watching him struggle to grow his business and ultimately succeed. It was a long process," says Miner, explaining the idea at the heart of the business. "A lot of that experience came from my uncle, I saw him dedicate his life to making furniture and really that was all he did. So I really want to help people do the same thing because I know it's incredibly hard."

For now, WorkOf is exclusive to New York but the determined duo have their sights set on expanding their business model to other locations in the not-so-distant future with talk of a dedicated Los Angeles, and possibly even a European, store. Watch this space.