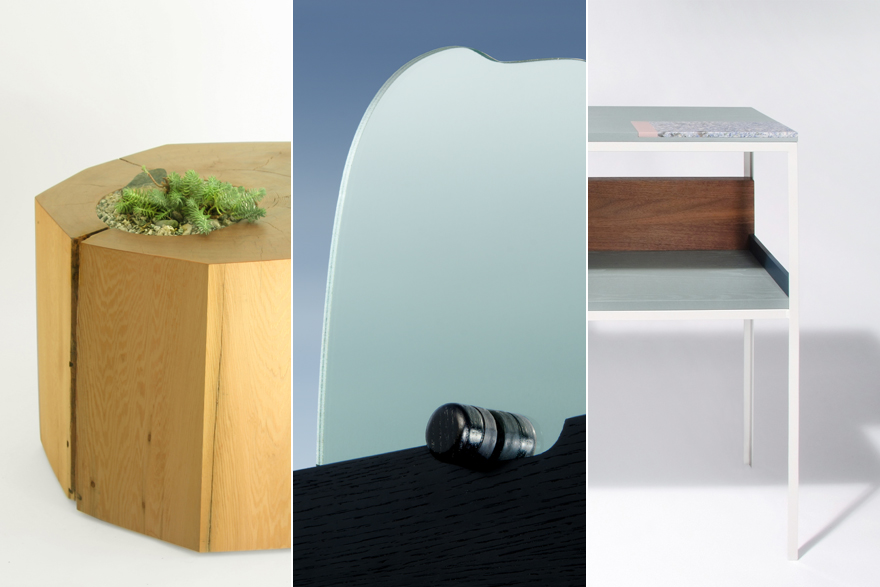 Amongst the deluge of new design exhibited across the city this weekend, three of our favorite emerging talents just happened to hail from more northerly climes. Based in the urban centers of Vancouver and Montreal as well as the forests of British Columbia, each of the studios are less than five years old but have all been thriving as part of Canada's small but strong design scene.

The youngest of the three is duo Knauf and Brown, made up of Calen Knauf and Conrad Brown, who only graduated from the design program at Vancouver's Emily Carr University last year. What they lack in years, they make up for in determination and drive; with pieces already in production with Brooklyn-based Souda and Taiwanese brand Esaila, the studio has already exhibited in Paris and Germany this year alone. Now showing in New York City at Sight Unseen's OFFSITE show, Knauf and Brown's slick new collection is based around tactility and interaction. Called 'Standard' and made in wood, metal and leather, the pieces include a mobile side table and storage container with an upholstered interior, a rotating vanity mirror and a clever interactive table lamp, which caught our eye. Split into three parts, the lamp's two LED light sources are presented like flower stems that can be slotted into a copper grid vase charged with a 12-volt current (which they assure us is totally safe to touch). When the metal stems of the LED lamps make contact with the vase structure the lights turn on—a poetic gesture that Knauf describes as, "no more cumbersome than using a standard switch. You just have to touch the lamp when you want to use it." 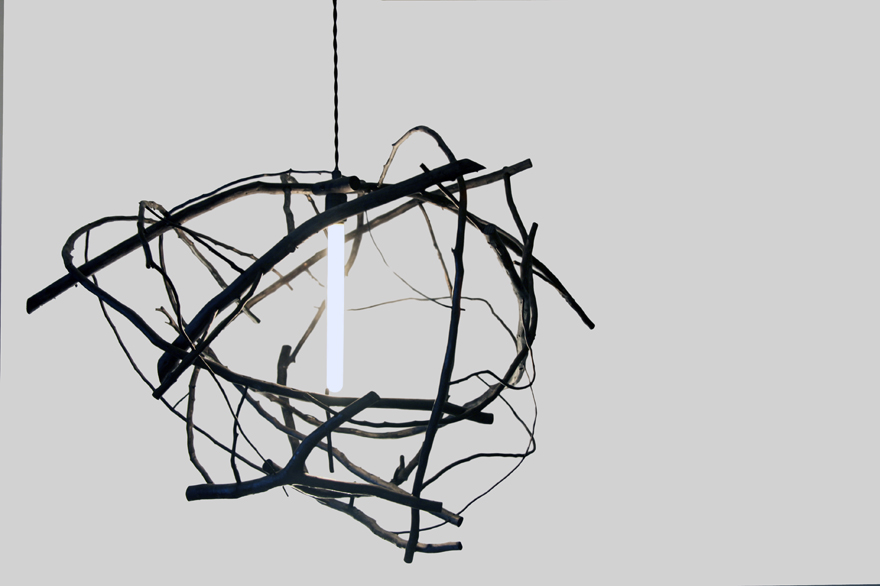 Taking a more rough and ready approach, Riley McFerrin of Hinterland makes his furniture from salvaged driftwood and logs found in his own rural backyard. Having moved "out to the sticks" in British Columbia four years ago, resourceful McFerrin scours the beach and forest in search of wood that he can transform into stools and tables. He set up Hinterland two years ago and officially launched his debut collection at last year's ICFF. Returning to the Javits Center this year, pieces include a pendant with a framework made from pigmented driftwood and a copper-framed ottoman with an elasticated seat woven with multicolored pieces of rope. "It's based on the local fishermen's crab traps in BC. When the traps get damaged, they fix them with rope work and they're amazing," enthuses McFerrin. "They're like these gorgeous objects that are totally utilitarian and I thought it would be cool to take the concept and transform it into something completely different." 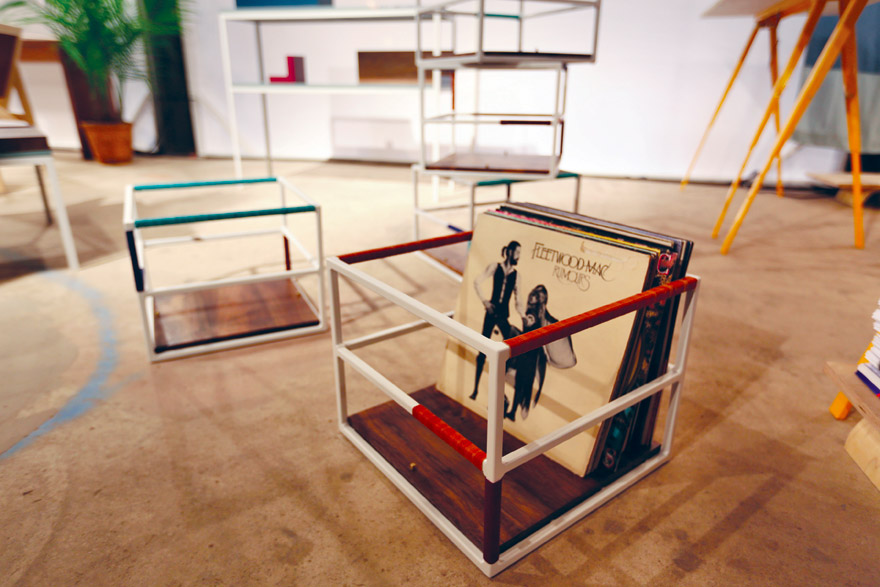 Montreal-based Zoë Mowat has been working as a designer for three years, steadily building her collection of refined furniture and accessory designs. Not only is she exhibiting at Sight Unseen OFFSITE for NYCxDesign, she has also found a permanent showcase for her work in the city at the newly launched Colony furniture gallery on Canal Street. Characterized by block colors, contrasting material combinations and thoughtful details, Mowat's latest work includes shelving, crates for storing records and a coffee table with built in sculptural but functional elements such as a quarter circle-shaped book end, a flush, square marble coaster for placing hot drinks and a rectangular walnut tray for storing small miscellaneous objects. 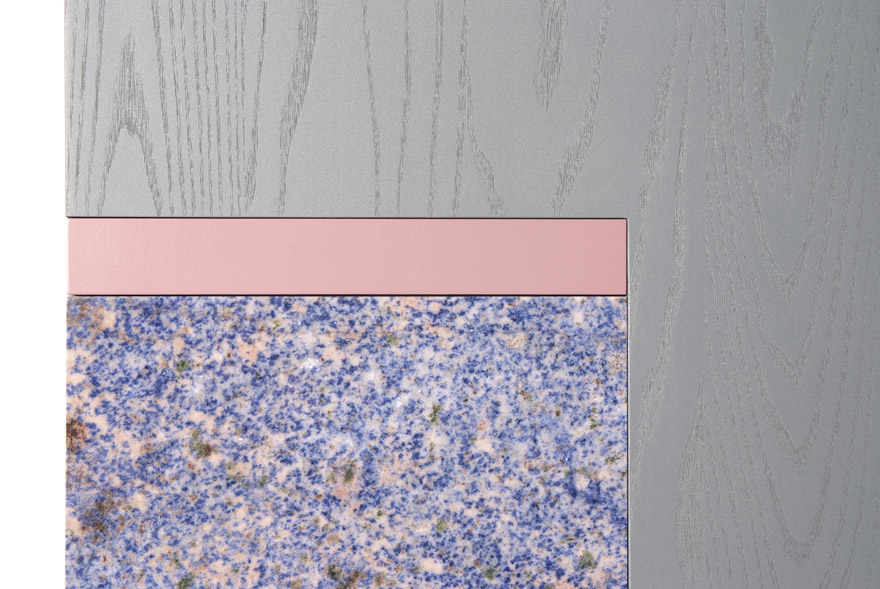 All of the pieces are produced locally in Montreal. "It's a good place, very nurturing in terms of being able to have a studio space, resources are available and it's very affordable," says Mowat. And of the Canadian design scene as a whole? She concludes, "We're a very small community but we're also very earnest."