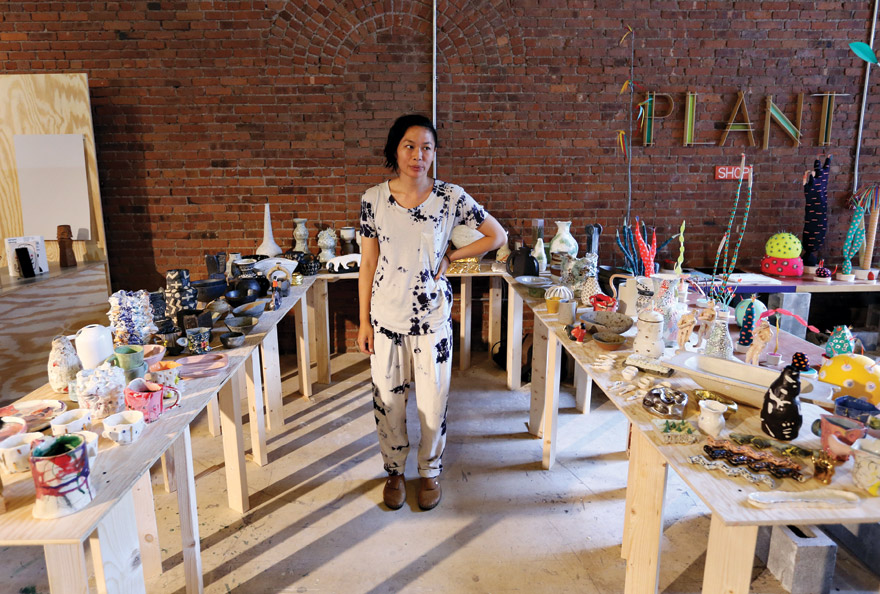 This article was originally published in the C77 Design Daily, Vol. 1, Issue 2, on Saturday, May 17.

"There's really something deeply personal about them," says LA-based arts writer-cum-curator Su Wu looking at her carefully curated selection of weird and wonderful ceramics. Twenty-two designers from across the globe have each sent her anything between two and 40 pieces of their work to sell at her pop-up shop at Sight Unseen OFFSITE last week. Varying in shape and style, each design tells a story about its origin as well as the makers themselves. "With ceramics you have to make something, throw it into the fire and hope that it comes out as something good, and I think that's reflected in the personalities of people who make pottery," she muses. "They're used to a certain amount of accidents and unplanned outcomes. I may be a total crunchy Californian but that's a really appealing thing to me."

Wu uncovered many of the participating designers while researching for her inspirational art, fashion and design blog, 'I'm Revolting,' as well as through writing stories for online design magazine Sight Unseen. Noticing that a lot of Wu's contributions to the site were ceramics-focused—which Wu says was totally unintentional—it was Sight Unseen founders, Jill Singer and Monica Khemsurov, who first broached the idea of Wu running a pop-up ceramics shop at their show during NYCxDesign. 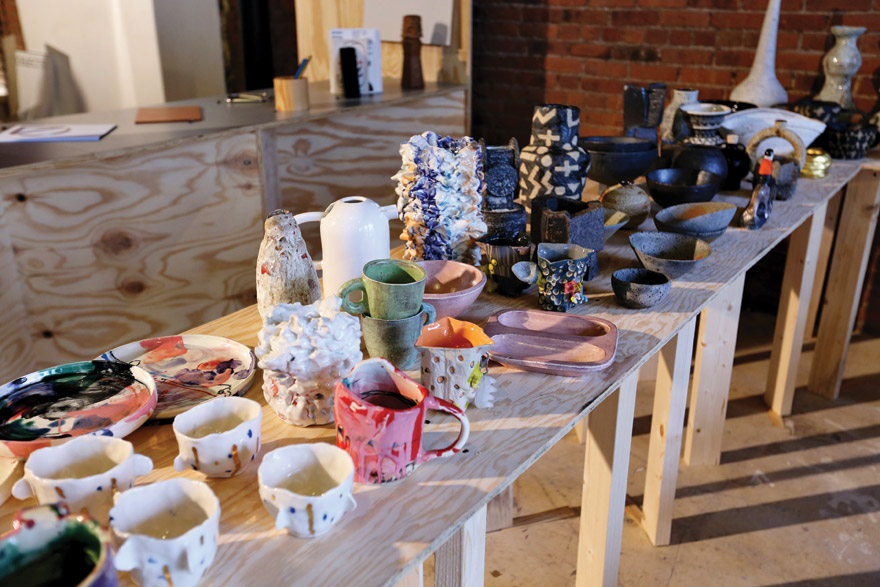 One artist whom Wu is particularly excited to showcase is 19-year-old Joey Watson, a Kansas-based artist and college sophomore who has a unique talent for firing completely bonkers mugs with zigzagging handles, bizarre built-in functions and decorated with thick viscous glazes and paint splatters. "They're so cute," says Wu picking up each of Watson's espresso mugs and admiring them. "He's fired pieces of metal into each of them, this one has a little magnet and this one has a little carabiner and dongle."

From further afield, Takayuki Watanabe has contributed a series of tactile vessels with simple, restrained forms and a raw, textured finish. "He lives in Izu, in rural Japan and he wood fires in a pit only twice a year so it's very, very limited stuff," says Wu. "He makes about fifty pieces a year. I was like 'send me whatever you have, I will take it'." With two pieces already sold, these will likely be claimed before the end of the week. 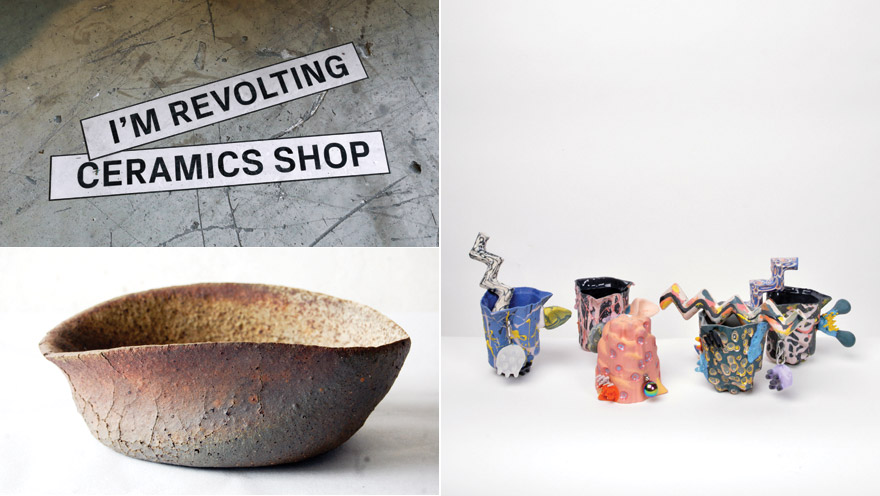 The assembled vessels are arranged with no particular rhyme or reason into a sculptural skyline of color and texture. "It's been interesting to see what people gravitate towards," says Wu, who as a blogger and writer is enjoying the opportunity to see the reaction of her audience firsthand. "It's super personal with ceramics because it's something you live with and that you can use every day if you wanted to."

As well as offering a visual feast, Wu is happy to provide insight into the processes behind the pieces, which range from the slightly gross to the unexpected; Joanna Pike creates "crazy weird soap dishes" made out of sludgy waste ceramics collected from sink traps and floor sweepings, while Matthias Kaizer collects his clay from tree roots in his native Germany. Holding up a glossy, gold-glazed dish, Wu explains, "This form was created by the action of his hands pulling the clay off the tree roots." 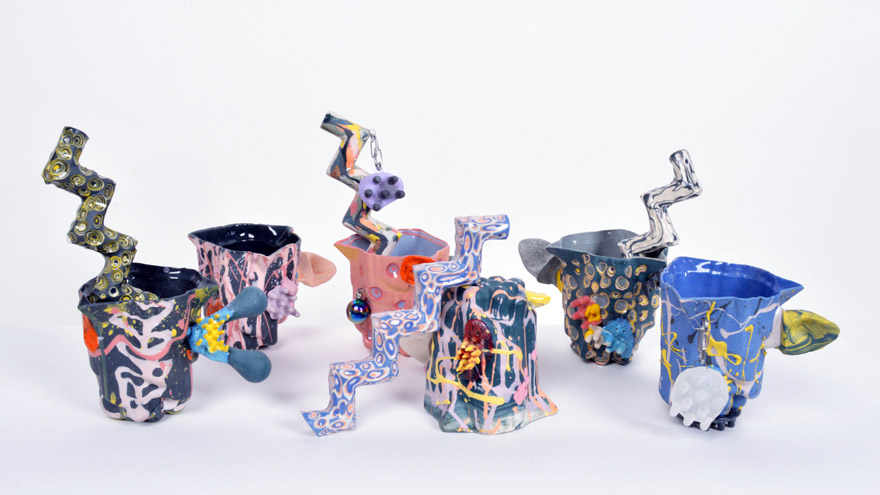 In a way, the curation of the pop-up is much like one of Wu's immensely popular Pinterest boards brought to life in physical form. "It's been very interesting to see where the circles are. There is a crazy range of stuff yet all these people know one other—the world opens up because of the Internet."