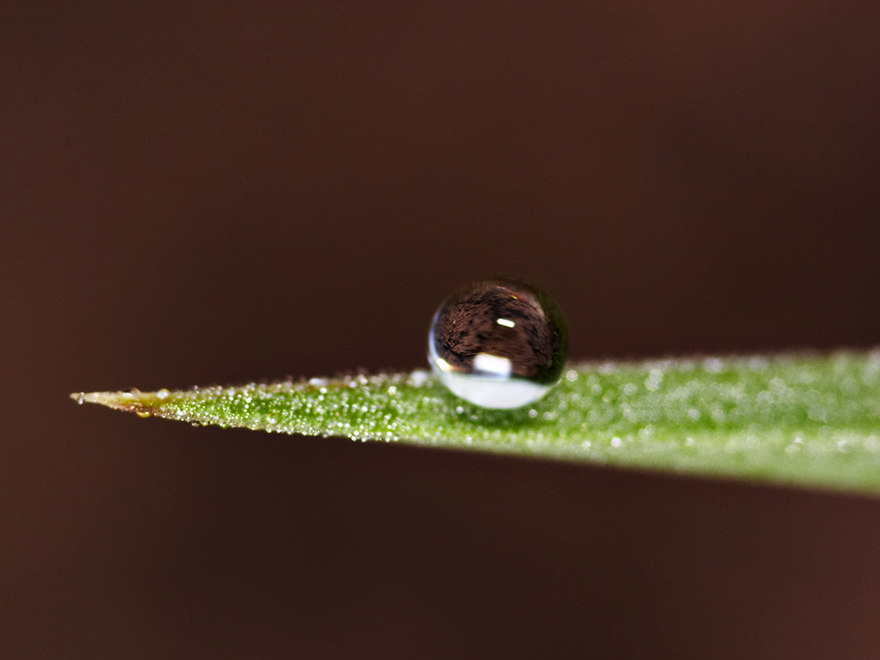 Water might be good for our bodies, but it's terrible for our stuff. Our smartphones, the walls in our home, the precious documents we're carrying—water can ruin all of it. So when a material is created that can repel water so perfectly that whatever it covers essentially never gets wet, we take notice.

This kind of material is called superhydrophobic. That means that water droplets remain in their spherical shape, sit on top of the material, and then roll off of it like pearls from a necklace. The droplets never really touch the material in the first place. Check out the photo below. The angle between the bottom of the droplet sphere and the surface will be more than 120 degrees. If it were 180 degrees the droplet would not touch the surface. 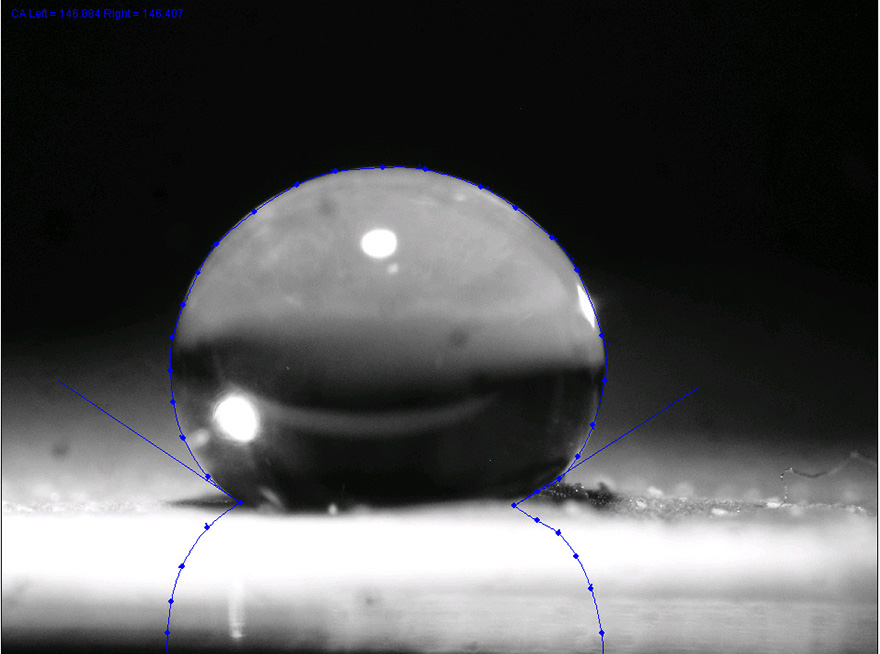 There have been many variations of superhydrophobic materials and most involve embedding structures within the material that prevent the water from coming into contact. For instance in a recent study researchers from Brigham Young University used material that either had microscopic long ridges or posts (see photos below) that prevented the droplet from penetrating through the fibers. 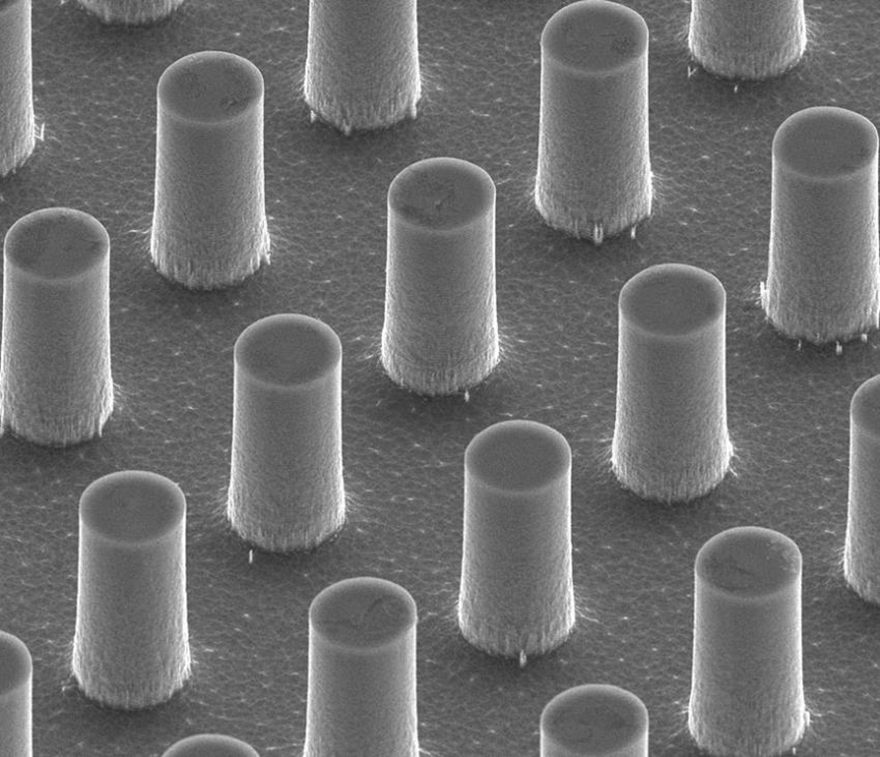 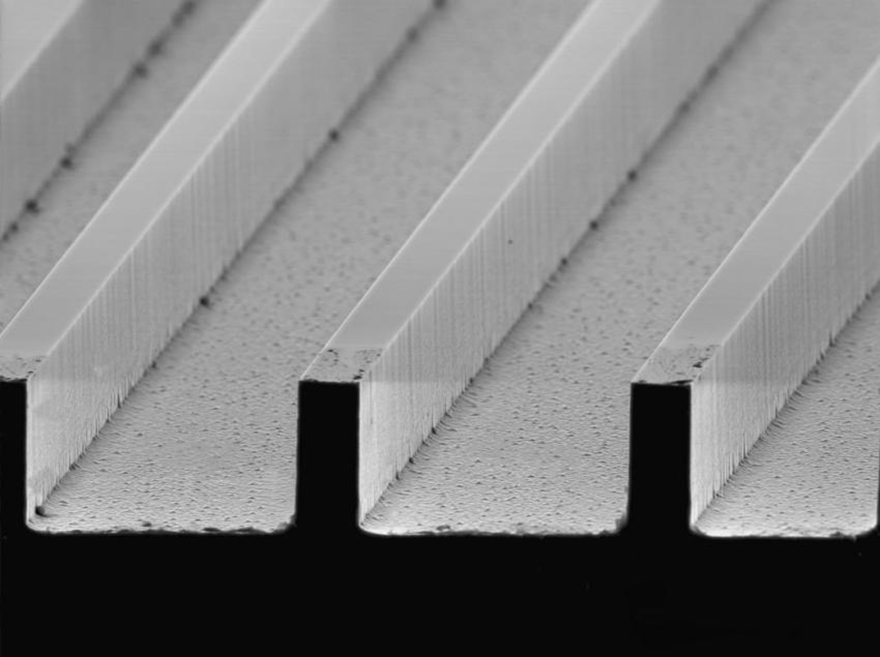 The droplet flattens as it touches the posts but because of the nature and positioning of the tiny structures within the material the droplet comes back together, forming its original sphere and then rolls off. This occurs because water molecules are more attracted to themselves than to the structure the scientists created. Lotus leaves and butterfly wings have surfaces that have a similar ridged structure, making them some of the best natural examples of extreme waterproofing. 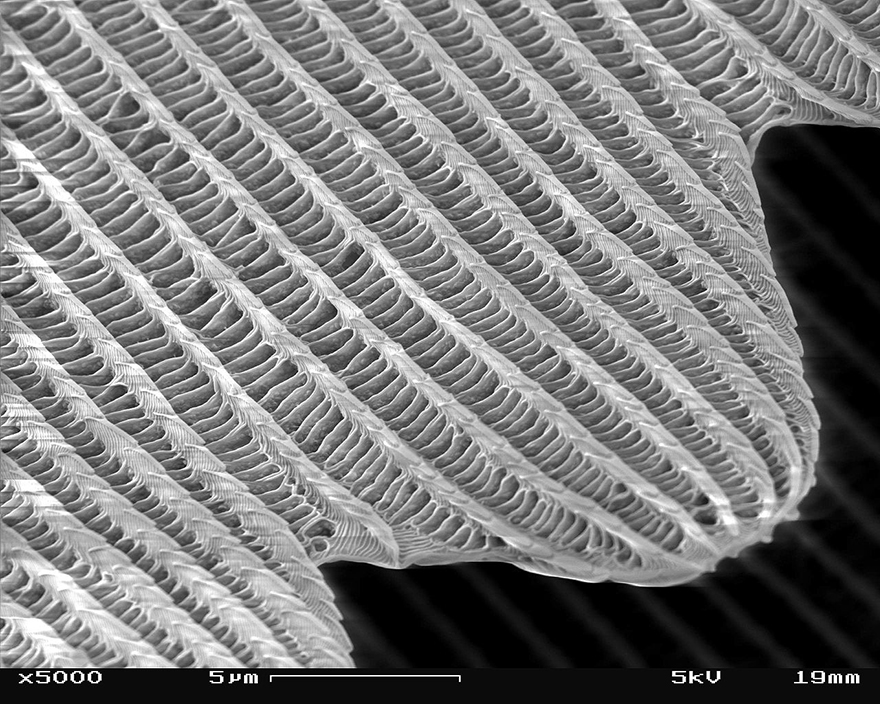 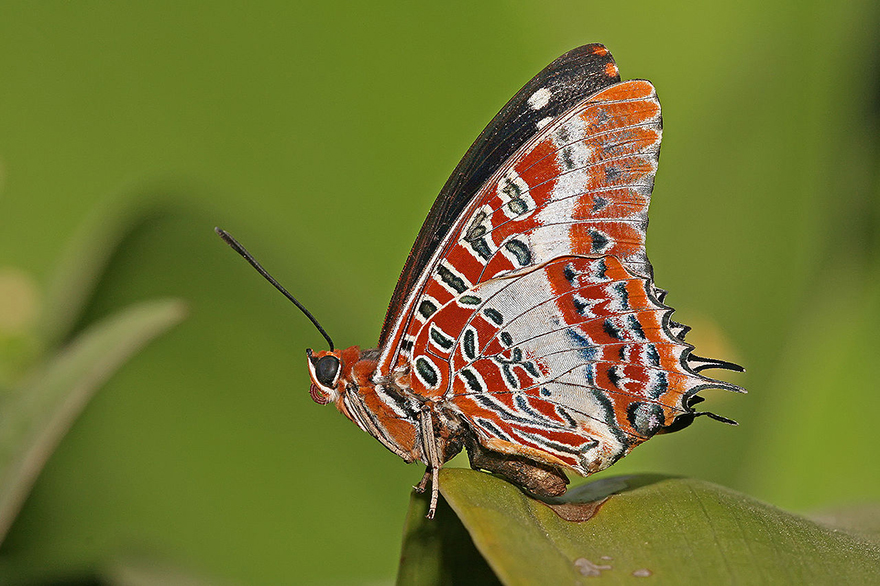 Of course it's not hard to imagine the applications. (I'm thinking how I'd love to coat my leaky roof with superhydrophobic material.) The scientists suggest more practical uses: Self-cleaning showers or toilets, hulls of ships, hospital syringes, airplane wings.

They also have a more complicated application in mind. In thermal power plants (e.g., coal or nuclear) heat turns water into steam that then powers a turbine. Once the steam passes through the turbine's blades it condenses back into water (using pressure) and is re-used. The researchers suggest that the surface condensor be made of superhydrophobic materials thus speeding up the process. As soon as steam condenses to water it would just roll off the sides of the condensor like a bunch of marbles.