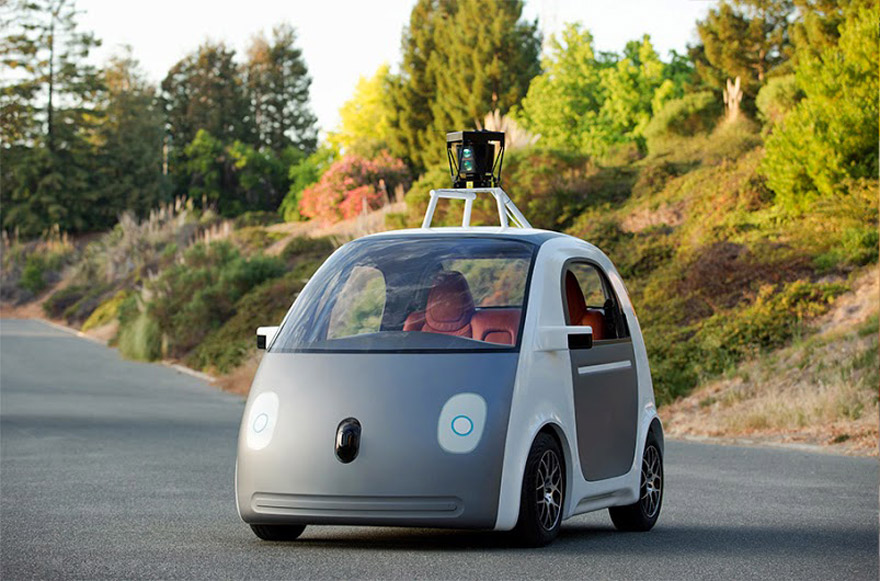 They could have done worse: as of yesterday afternoon, the Google Self-Driving Car Project has made a concerted push into the public eye with the unveiling of a pod-like prototype vehicle and a few new videos about what they've been up to lately. It's a stripped-down electric two-seater—no steering wheel or pedals to speak of—that tops out at 25mph and is strictly intended for demonstration and pilot purposes, as seen in the video below:

This is not by any means a production vehicle—they're making "about a hundred" of them for now—so I'll leave it to our dear readers to provide feedback on the styling (it's on our discussion boards as of 8:26am this morning). All I can say is, open those doors up and I dare you not to picture a cutesy cartoon koala.

An early rendering of the prototype

Some talking points, regarding how they are presenting the self-driving car and what they've disclosed about the project in the videos they've released thus far (embedded below):- They repeatedly refer to the ride as "naturalistic," which evokes the uncanny valley even as it misses the point: I, for one, never doubted that they could approximate a defensive driver. Sure, there's a lot of machine learning involved, but (based on the videos as opposed to firsthand experience) I imagine it's like riding with your by-the-book aunt/uncle/friend/etc. behind the wheel. The real hurdle has to do with the fact that a lot of people actually like driving, sometimes.

- Similarly, in "Behind the Google Self Driving Car Project," Project Director Chris Urmson refers to it as a computer science problem, which is one way to look at it. I'd say that the challenge of machine learning is simply the one that Google is best equipped to tackle. There are also policy and cultural considerations, and I can't shake the very California vibe to the whole treatment—in the "Navigating City Streets" video (at bottom), Safety Driver Priscilla Knox boasts of the vehicle's ability to adjust to construction sites and railroad crossings... in Mountain View, CA. They should be road-testing this thing between D.C. and Boston—the kind of hellish daily commute that begs for autonomous respite.

- The attention to cyclists is a corollary to the Norcal bubble, but I find it noteworthy not only as a member of the oft-maligned minority but as an armchair urbanist (although the cyclist in "Navigating City Streets," below, is the reason why this exists). As I've said before, I personally enjoy the Zen-like attunement to my surroundings that is required to navigate the obstacle course of NYC by bike, and the wireframe software visualization looks, to me, like a highly advanced form of this awareness, befitting a vehicle that is an order of magnitude more powerful than a lowly cyclist (in terms of weight, acceleration and max speed).

Perhaps it's a hint that the folks at Google share my belief that cycling and autonomous cars complement each other perfectly (I'll take measured pride in noting that Don Norman agrees). In any case, we're curious to hear what you think, and we'll be keeping our eyes peeled for new developments on the autonomous vehicle front. 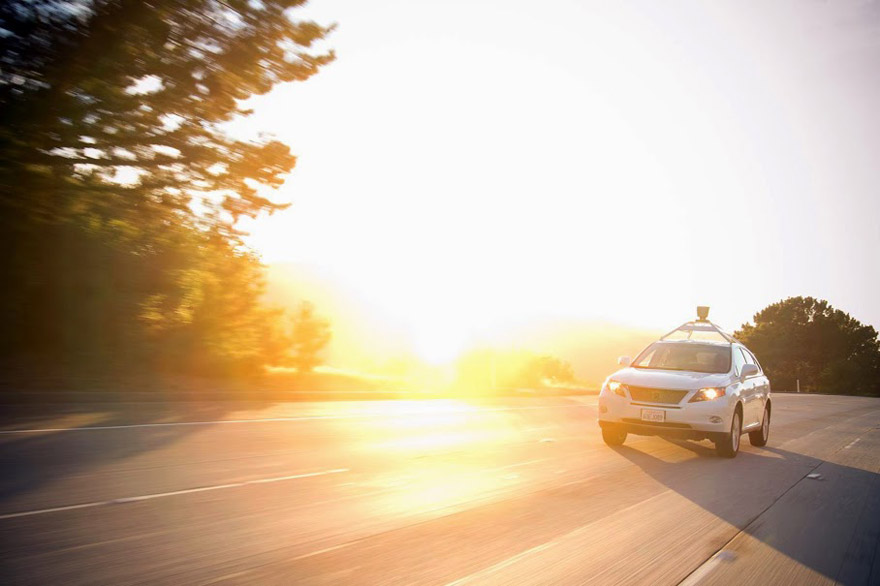