In the Details: Knauf and Brown's Floor Coaster, a Playful Cross Between a Side Table and a Bar Cart 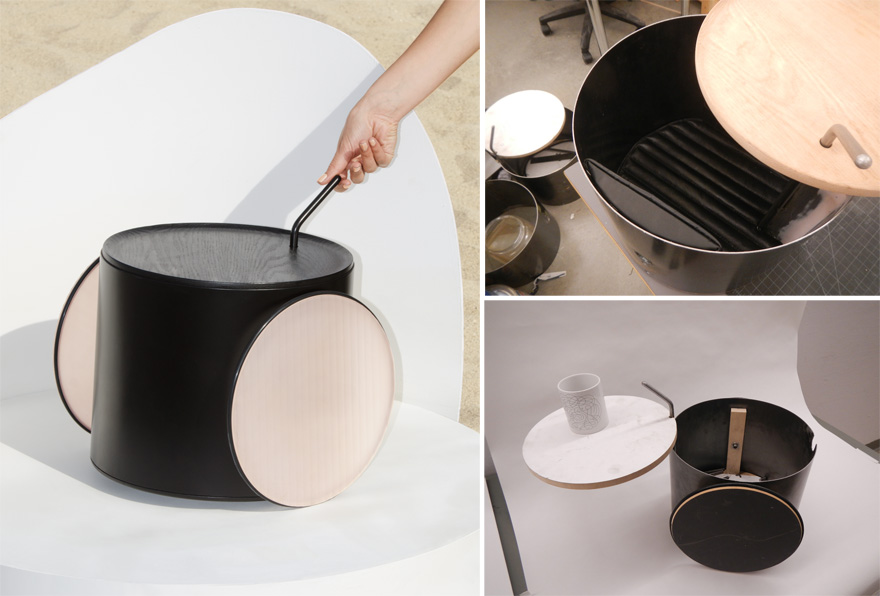 Die-hard auto enthusiasts swear by manual transmissions, not only for the gas mileage but also for the sensation of being in fuller control of the car. It's an appreciation fostered by active participation and intentional use—an appreciation that the design studio Knauf and Brown (whom we recently profiled along with two fellow Cana-designers) wants to foster in household objects through its new Standard Collection.

"If you ask someone why they drive a standard instead of an automatic, the answer is usually related to enjoying the act of driving," says D Calen Knauf, one half of the Vancouver-based studio. "You're using your hands, you're using your mind more, you have to make decisions, and those elements bleed into this collection." Perhaps the most notable object in the collection, which debuted at Sight Unseen OFFSITE during New York Design Week, is the Standard Floor Coaster, a petite rolling platform that looks sort of like a cross between a coffee table and a curling stone. 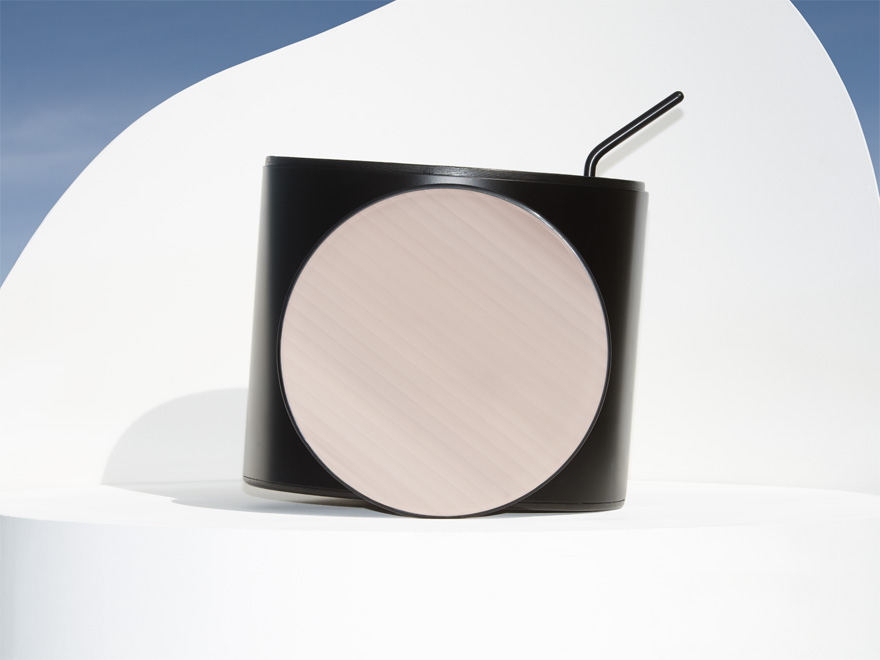 Knauf made an early, makeshift version of the table during his freshman year at Emily Carr University of Art + Design, in Vancouver. It was born out of the very real need for a small, movable table that wouldn't be toppled by his swiveling armchair. "It was just a block of wood with a notch cut out of it, so that it was easy to grab, and a rounded bottom edge to allow it to drag on the carpet easily," Knauf says. "People would sit on it at parties and it would break. Every time, it would take like a week or so to fix it, and I'd realize how much a part of my life it was."Last year, when it came time for Knauf to start his graduation project, he decided to create something around the concept of heightening appreciation for objects through active use, a takeaway from that first side table. "I knew that I wanted to make three objects in order to successfully portray my concept, and the Floor Coaster fit perfectly into the collection," he says. Knauf's friend and design partner, Conrad Brown, subsequently helped with branding and art direction for the final pieces, making the Standard Collection one of the first lines presented by the newly formed Knauf and Brown. 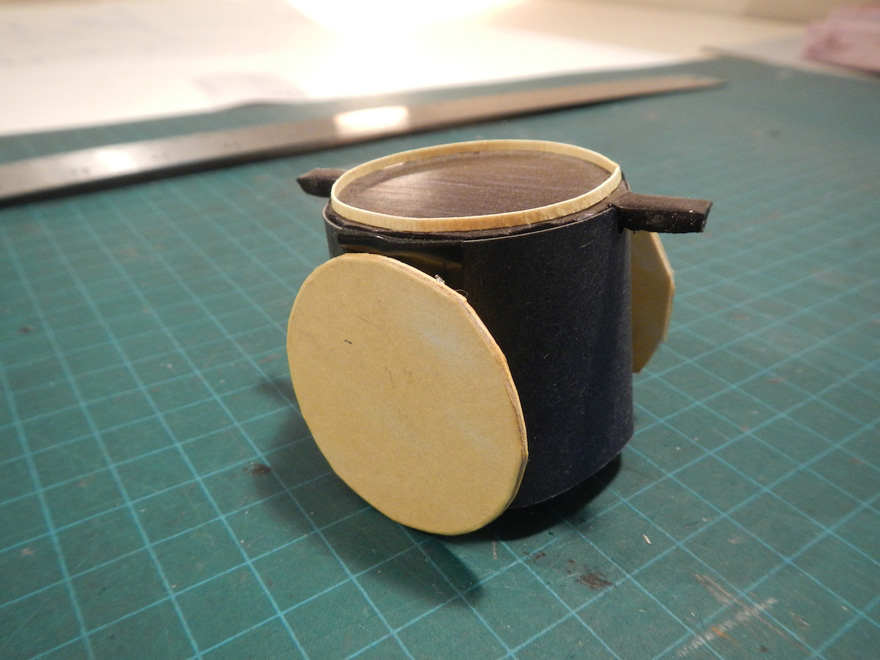 Above and below: Snapshots from the prototyping process 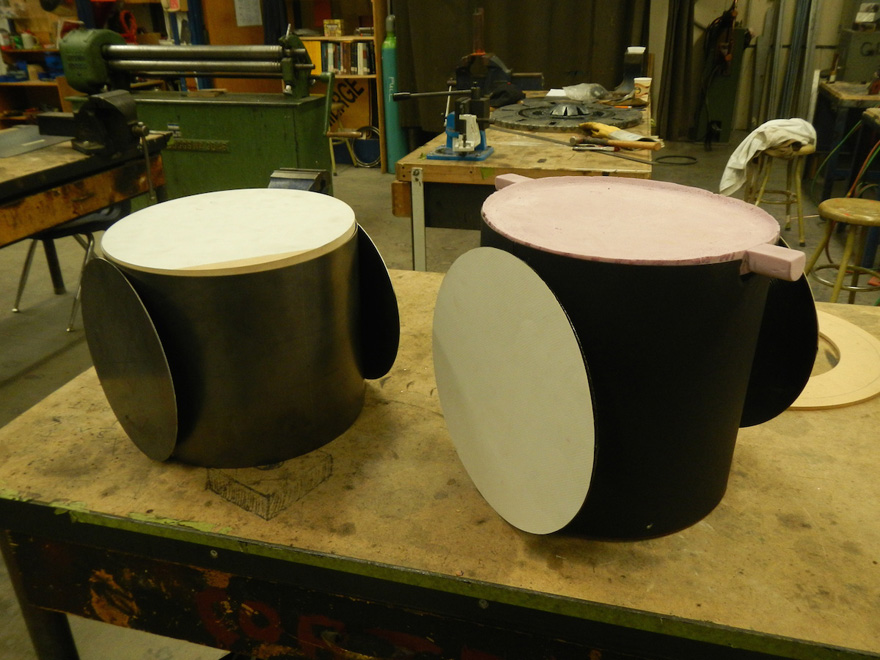 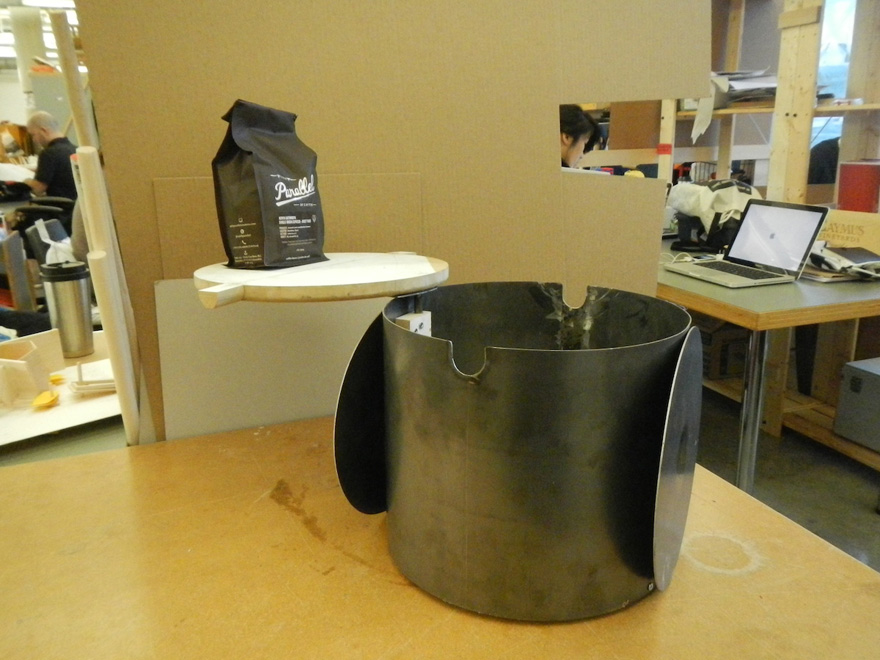 The barrel is rolled and welded steel 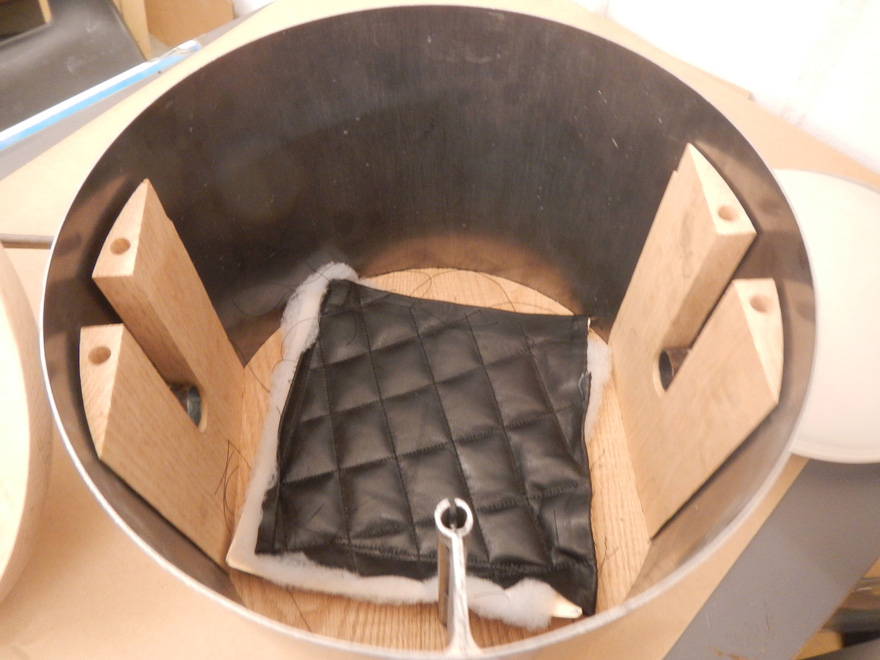 The interior is lined with quilted calfskin.

With the Floor Coaster, the designers paid special attention to the scale of the object, making it 11 inches tall—about five inches shorter than an average side table—which they decided was the ideal height for placing items from an armchair or sofa. To encourage movement, they fashioned large acrylic wheels that allow the table to coast easily across different types of flooring without disturbing a drink on top. With that scale and mobility, the Floor Coaster lends itself to being positioned for temporary, intentional use, unlike a typical side table that demands a permanent space.

Knauf and Brown added a handle to help with opening and rotating the oak lid, revealing a calfskin-lined interior for stowing less visually appealing items like TV remotes. The handle also allows the user to steer the table from place to place. "You're always thinking about this table," Knauf says. "Whenever you want to use it, it's in a new place and you set its use. You're always considering it." (This idea of active participation is embodied in the other two objects in the Standard Collection—a vanity mirror that swivels to reveal a panel for displaying photos, and a futuristic lamp with pivoting bulbs.) 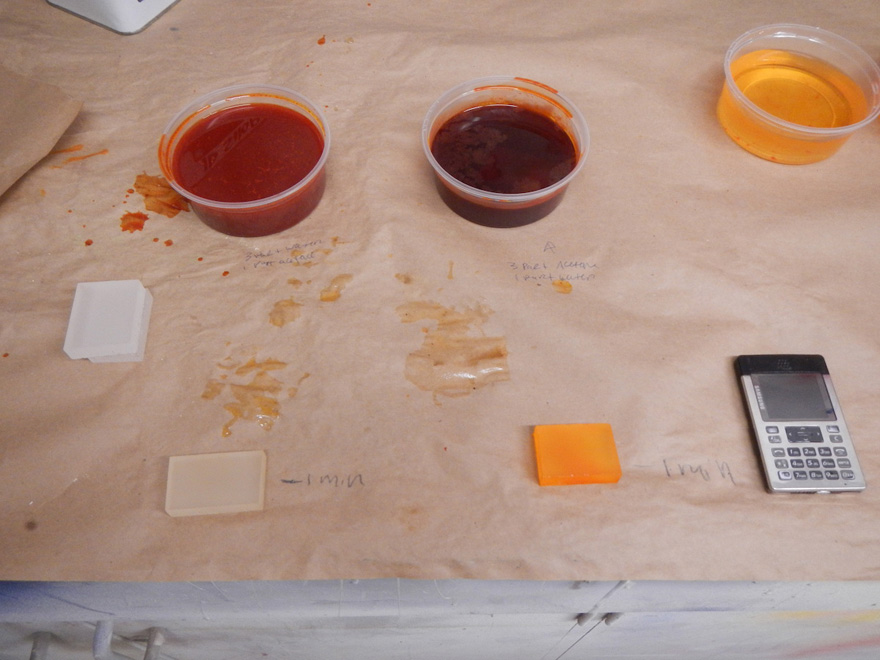 The wheels of the Floor Coaster are stained acrylic. Knauf hand-mixed the dye to resemble the lightest highlights of copper, another material used in the collection. 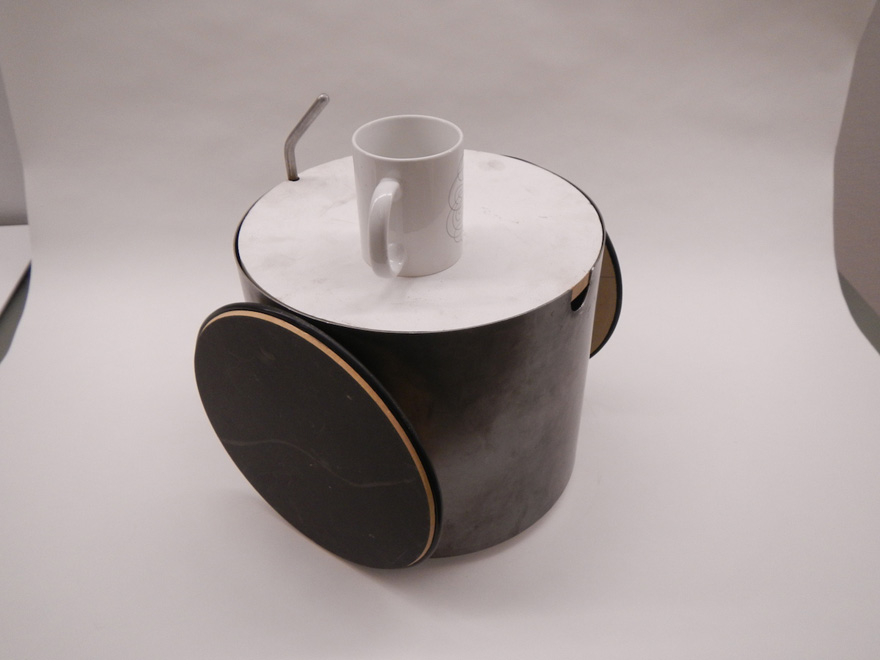 Another prototype. The final version has a stained-oak lid and base.

Right now, the collection exists as an edition of one, but after getting lots of positive feedback during Design Week, Knauf and Brown are hoping to bring the line into production soon. As a graduation project, however, the Standard Collection did not fare quite so well. "The school we went to is pretty narrow-minded and does not have much interest in projects that don't relate directly to medical design or sustainability," says Knauf, who struggled to convince the faculty that his project was worthwhile. "We believe that everything you design should be as sustainable as it can possibly be, but we don't think that that should be a selling point. By creating an object that is made of high-quality materials that are easily separated for recycling, it has a philosophy built into it that encourages a deep appreciation for the object itself. We hope that the object will never get thrown away, but instead passed on, sold or fixed." Knauf's teachers were not entirely convinced—the Standard Collection received a C+.

In the Details: Knauf and Brown's Floor Coaster, a Playful Cross Between a Side Table and a Bar Cart