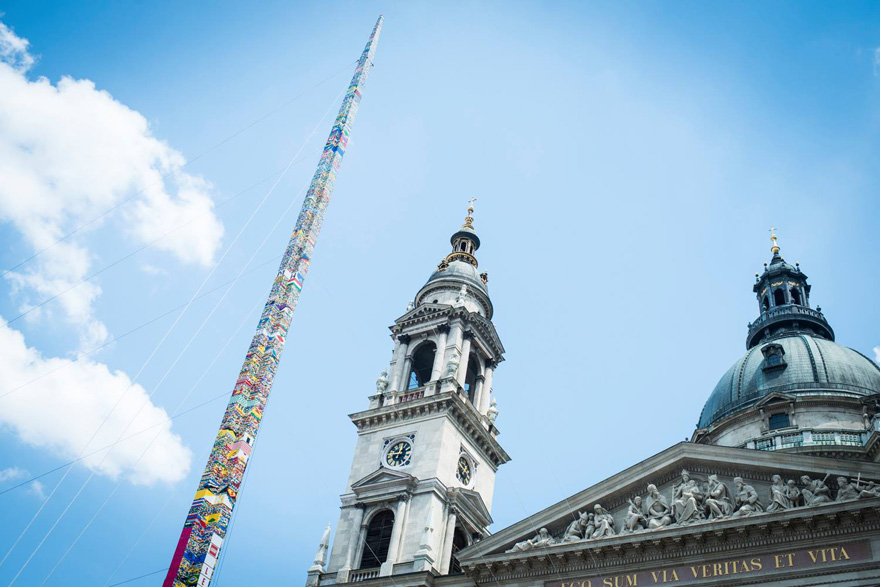 Just this past week, a team of schoolchildren and workmen in Hungary, Budapest have given us an update to a question we've all wondered at some point in our lives: How tall could you possibly stack a set of LEGOs? Answer: 34.76 meters (around 114 feet). The previous record clocked in at 34.4 meters (112 feet, 9 inches) and was put together by a group of Delaware students back in 2013. The building began on Wednesday, May 21 and it was declared the new record holder the following Sunday. The entire structure is made up of hundreds of thousands of LEGO pieces and sits in the shadow of the area's famed St. Stephen's Basilica. 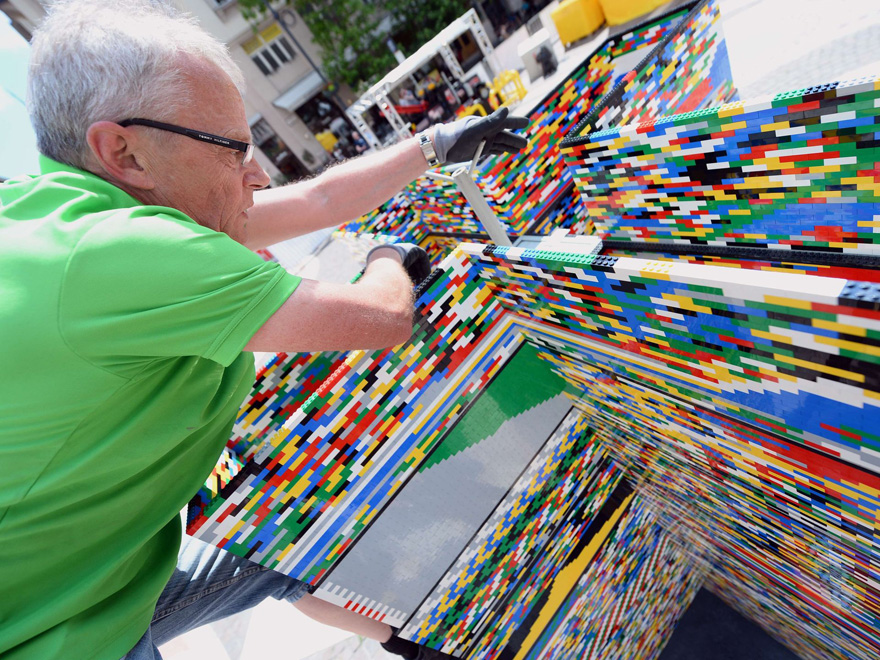 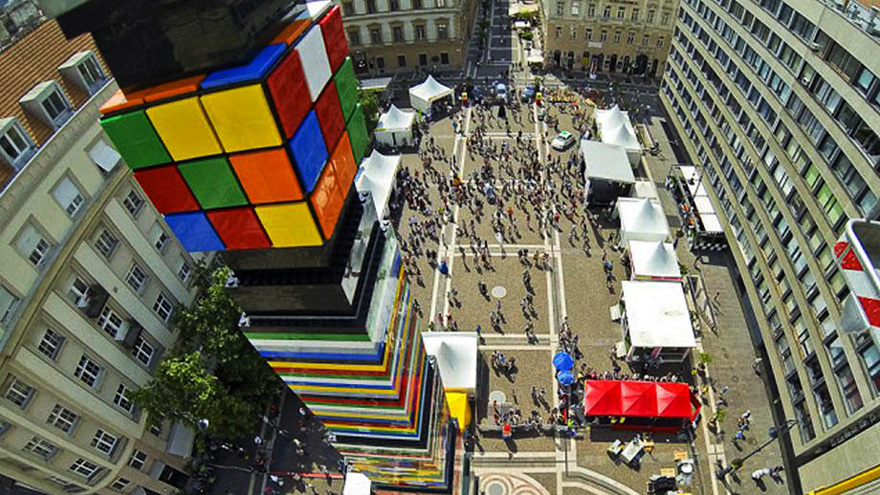 To celebrate such an occasion, you had better believe there was a worthy tower-topper. The building team's finishing touch: a Rubik's Cube. Fitting, since the puzzle's inventor—Ernö Rubik—hails from Hungary. Check out this newscast highlighting the hubbub:

Somewhat surprisingly, it seems that the crowning of the tower was witnessed by only a scant crowd huddled in the square. And even more unfortunate is the fact that the "modern obelisk" (as the Hungarian mayor referred to it) will come down on Monday. If you're in the area, catch it in person while you can—and post photos so the rest of us child-engineers-at-heart can live vicariously through you. 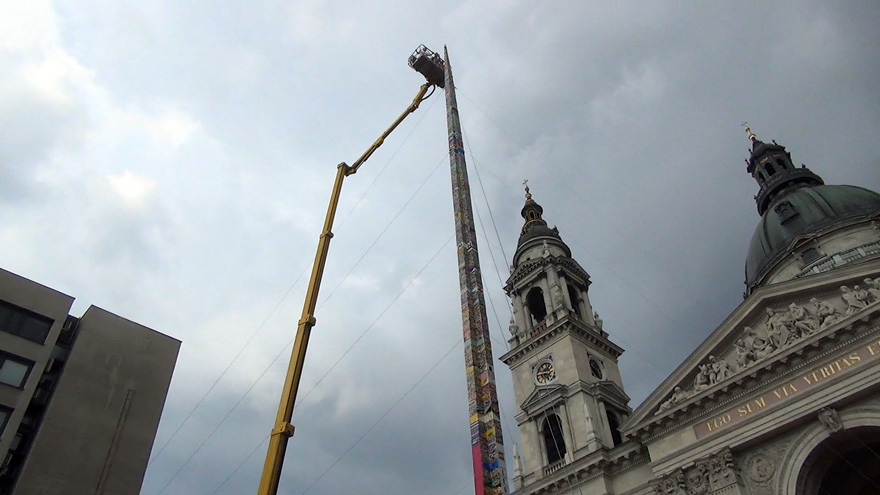