SpaceX Unveils the Dragon V2: Space Taxi to the Stars 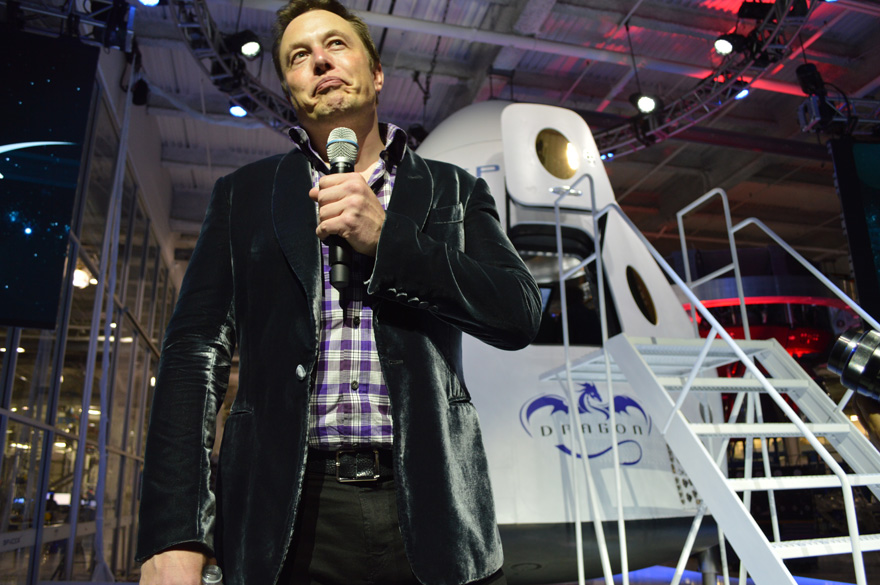 The world's freshest space taxi has been unveiled! ...And it looks like a Japanese cartoon mascot. Last week, SpaceX live streamed the curtain drop, and space dorks (including yours truly) around the world got a first look at Dragon V2, the company's first manned craft. Introduced by everyone's favorite terminally positive visionary billionaire-owner Elon Musk, the media ceremony was punctuated with colorful laser lighting and a tastefully deployed fog machine. Designed as a major step after their successful robotically operated resupply craft the Dragon (whose singed hulk hung overhead), the Dragon V2 makes some massive changes that even the smoke machine can't oversell.

Currently, passage to the International Space Station relies on use of the Russian Soyuz, which costs over $70 million per person, round trip. In light of the increasingly tense Russo-American alliance, developing a domestic commercial option for passage to the ISS is both economically and politically reasonable... though Soyuz does mean "Union" it's wise to have a backup. The V2 seats a whopping seven space-bound humans, doubling the slots available on the Soyuz. It also features larger windows, an attractive flat screen display (with hardware panel for the most vital procedures), and futuristic carbon and leather seats for a truly luxurious trip. 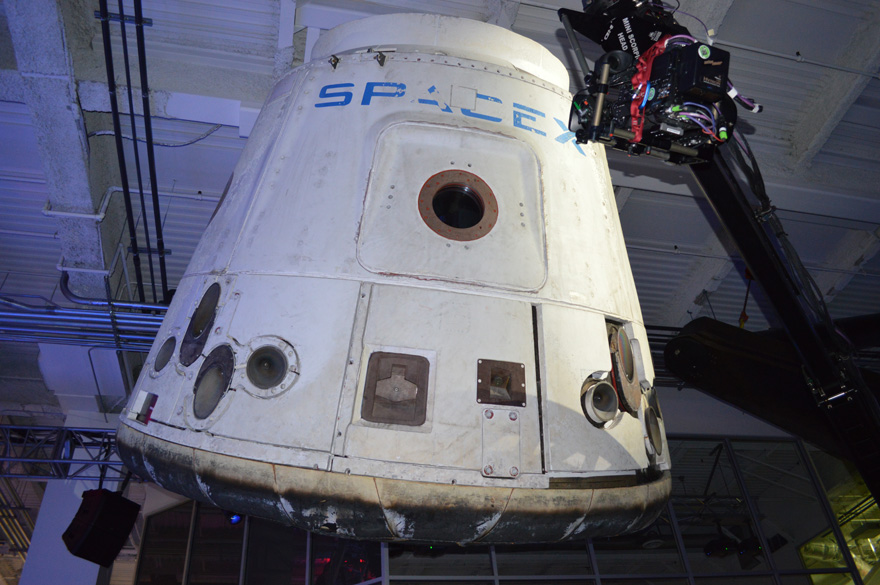 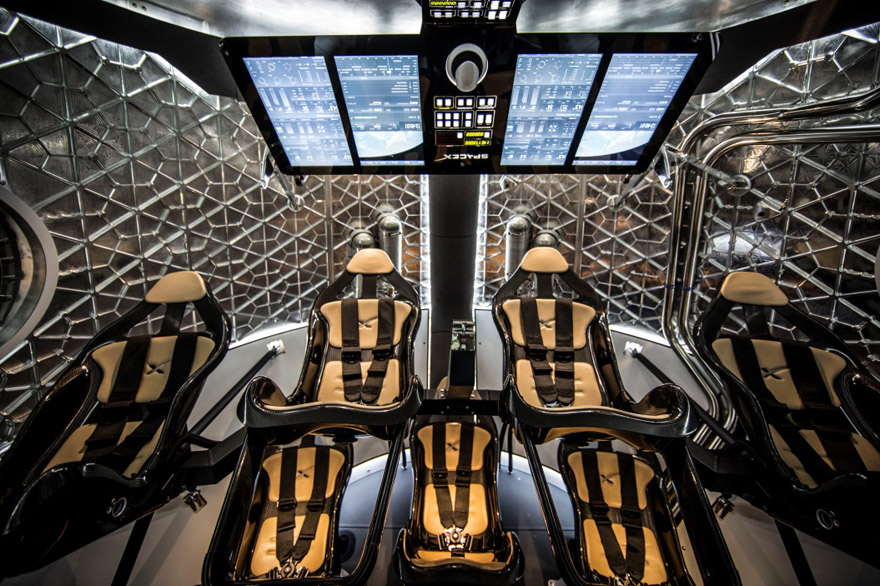 Arguably the most critical design decision, which SpaceX deserves credit for pursuing so ambitiously, is the aim to make each craft as reusable as possible. Limiting the expendability of components is a major constraint, but will drastically improve financial feasibility and hopefully long-term accessibility to low orbit and outer space. To that end, the Dragon program has spent a lot of effort on engine redesign, and the current V2 sports some interesting new gear. Particularly of note are the pioneering SuperDraco engines, which are entirely printed using direct metal laser sintering and (in addition to putting overhyped 3D printing technology to an actually interesting end) are 160 times more powerful than the last iteration. As it stands, the craft is intended to be fully reusable after a refuel for up to ten uses, and the modeled soft landing could give astronauts a re-entry as delicate and accurate as a helicopter.

Although they're not alone in the commercial space flight field, in which several heavy hitters are vying for the right to serve the ISS, SpaceX is pushing the envelope in interesting ways both physically and programmatically. Founding weirdo Elon Musk has declared that development of the Dragon will continue, regardless of winning the NASA contract. I like to think he drove happily away from the unveiling in an as-yet-unreleased Tesla prototype, outfitted with its own smoke machine. Watch the fanfare, unveil, and Musk's uncomfortable seat-demonstration here:

SpaceX Unveils the Dragon V2: Space Taxi to the Stars