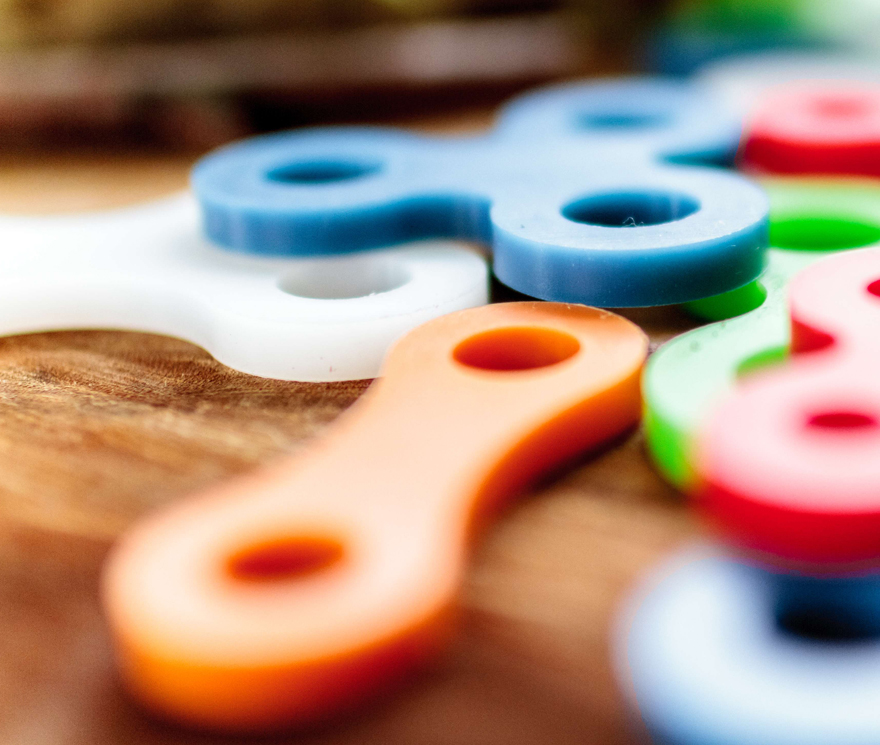 Wonder, curiosity, exploration—all spot-on descriptors of a child on the verge of forming an opinion of the world. Yet these are the things that designer Christina Kazakia thinks kids are missing out on, thanks to technologies that keep us inside and constantly distracted. "There's less opportunity to learn more about yourself and the natural world that surrounds you," she says. "Lack of curiosity, lack of risk-taking, lack of wonder, lack of imagination. The outdoors is a wonderful stimulation and provides all of these things while giving children a sense of independence." Her solution? A new toy called Stick-Lets. 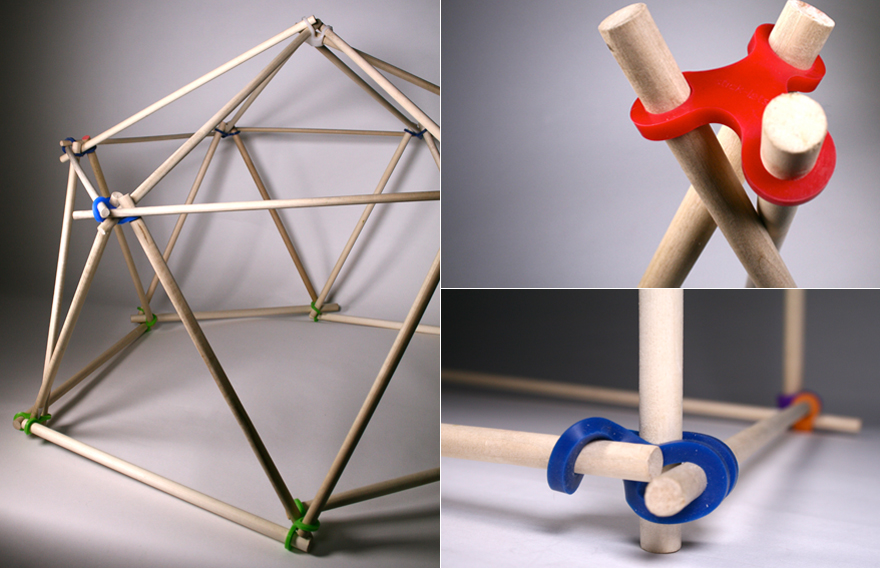 Stick-Lets aren't a "tear open the packaging, turn on, tune out" kind of toy. Their function is simple: In order to use the system, kids have to scavenge a group of sticks to use the connectors with, the end result being a fort of some shape or form. The silicone connectors come in different sizes and can be stretched to fit larger sticks and other materials. And, of course, they come in a number of child-attracting colors with equally amusing names: Pardon My Purple, Huckleberry Blue, Birch Bark White, Grasshopper Green, Starfish Red and Kazakia's favorite, Monarch Orange. Kazakia has been working on the idea since it was conceived in her graduate studies at Rhode Island School of Design, but now she's taken to the crowdfunding world to help bring kids a dose of fresh air and creative inspiration. Why? The project's tagline says it all: "Because nature misses us." 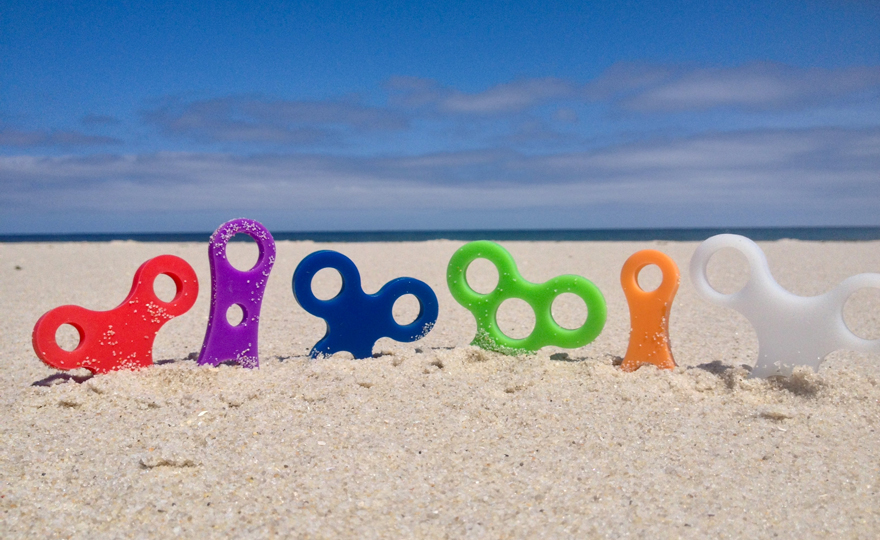 "Building forts was a common childhood memory for many adults and parents and sticks are found almost everywhere—so I thought designing a joint to connect sticks would be rather universal and understood by families," she says. "My research informed me of the fact that kids enjoy finding sticks and playing with them. Sticks trigger kids' imaginations! It seemed like the perfect material to work around." The hope is that after kids have had a few go-arounds with Stick-Lets, they'll gain a little more appreciation and engagement with the nature that fuels their fort-making.

According to Kazakia, kids have picked up on this toy set immediately: "I've never had a child ask how to use them—usually teenagers and adults ask that question." Through playtimes at local parks, she has been able to see kids interacting with Stick-Lets in realtime. "My favorite moments are when I hold impromptu sessions and all of the sudden you have a group of kids playing together and making friends with one another—kids and families who normally never interact," she says. "I love that Stick-lets can bring people together."

As an avid fort-building adult and past babysitter extraordinaire, I can only begin to think of the building possibilities. No more half-assed knotting attempts with busted bungee cords and scavenged ribbon from mom's craft supplies. As we all know, a child's mind is constantly coming up with things that are far more mystical than any adult could begin to fathom. I can only begin to imagine what could come from the pent-up creativity of a bunch of sunlight-deprived videogamers. "I've seen a few interesting structures, from a 40-foot long teepee train, each connected and made by a different builder (kids were crawling through them from teepee to teepee) to animal-like structures that spark storytelling," Kazakia says. 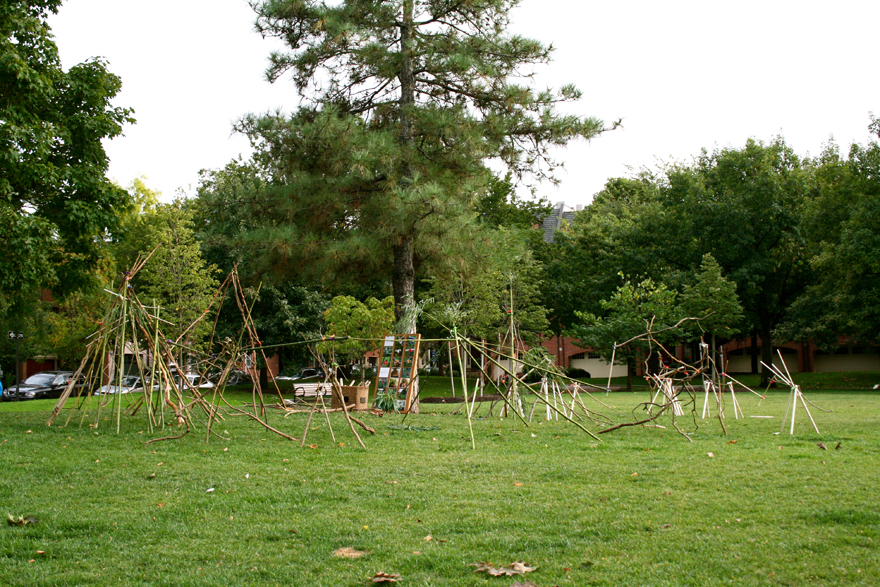 Of course, Stick-Lets are adult-friendly, too. Kazakia plans on corralling a group of architects to take on the Stick-Lets challenge and construct an installation made from bamboo dowels. She initially envisioned Stick-Lets taking the front seat in free-time play dates, but has quickly broadened that horizon to classrooms and camps.

If you're looking to get your hands on your own set of Stick-Lets for the lucky kids in your life —or yourself, no judgement in the name of creativity!—check out the project's Kickstarter page.