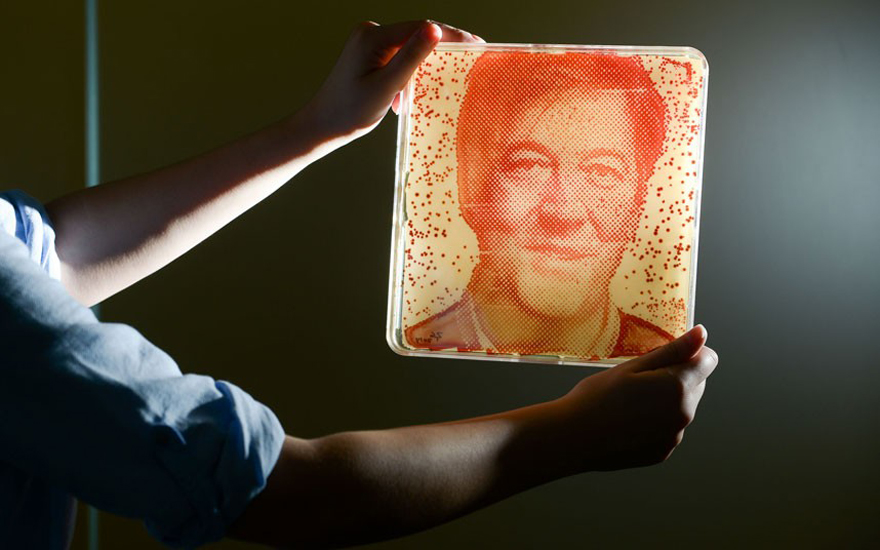 Fan art is one thing, but bacteria-cultivated portraits capturing the faces of the world's most well-known? That's straight-up dedication—not to mention innovation. Microbiologist-turned-artist Zachary Copfer has devised a way to induce bacteria growth in predicted patterns to form some familiar faces. 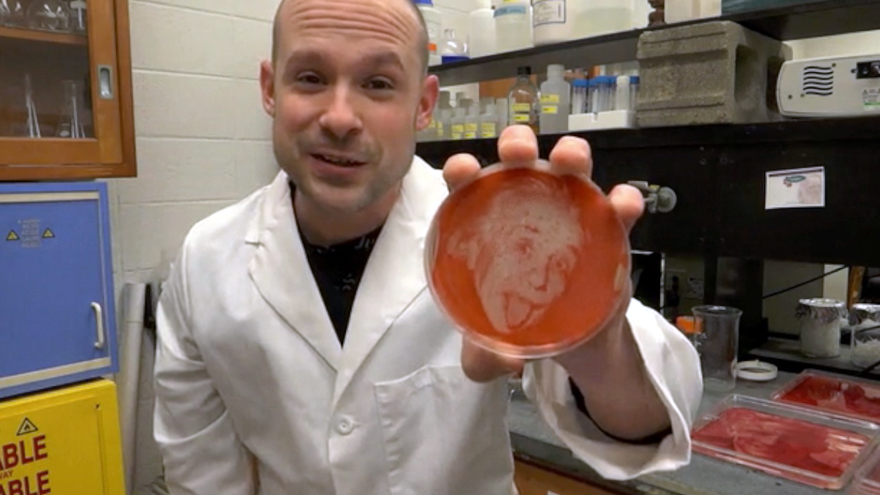 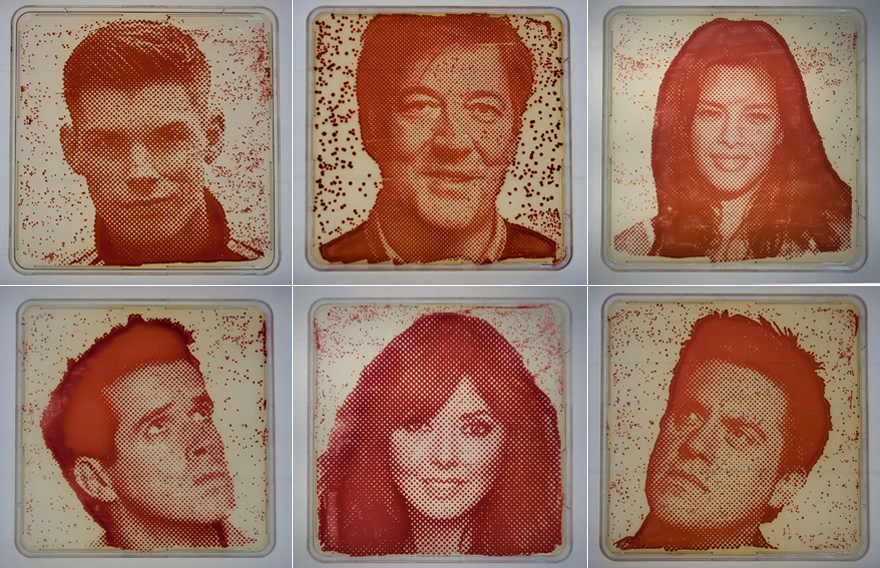 See if you can match the bacteria to the celebrity—you can see if you're correct here.

By exposing specified sections of microscopic organisms to radiation, Copfer is able to create temporary halftone portraits in Petri dishes and other scientific vessels. In some instances, like Stephen Fry's, the image is made up of bacteria that invaded the subject's body in real life. 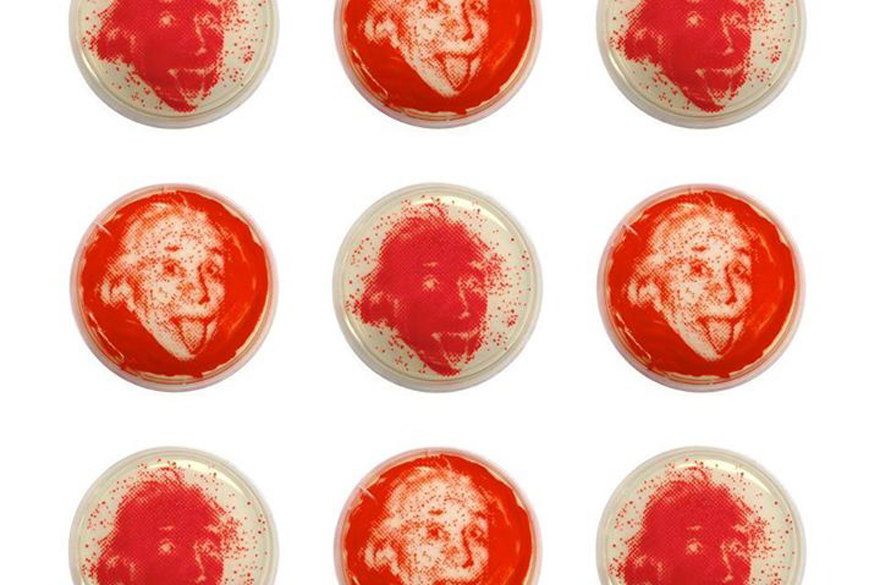 While in grad school, I began to use art as a vehicle to rediscover the mysteries of science that once fascinated me so. Now, I create visual art that is about deeply exploring the beauty and poetry that reside in scientific theories. My methods are often a fusion of contemporary artistic and modern scientific practices. I have called upon my background in microbiology to employ various bacteria as my artistic medium of choice. I am fascinated by the ability to make visible the living blanket of microorganisms that exist just beyond the human range of perception and that without our knowledge affect us so intimately. 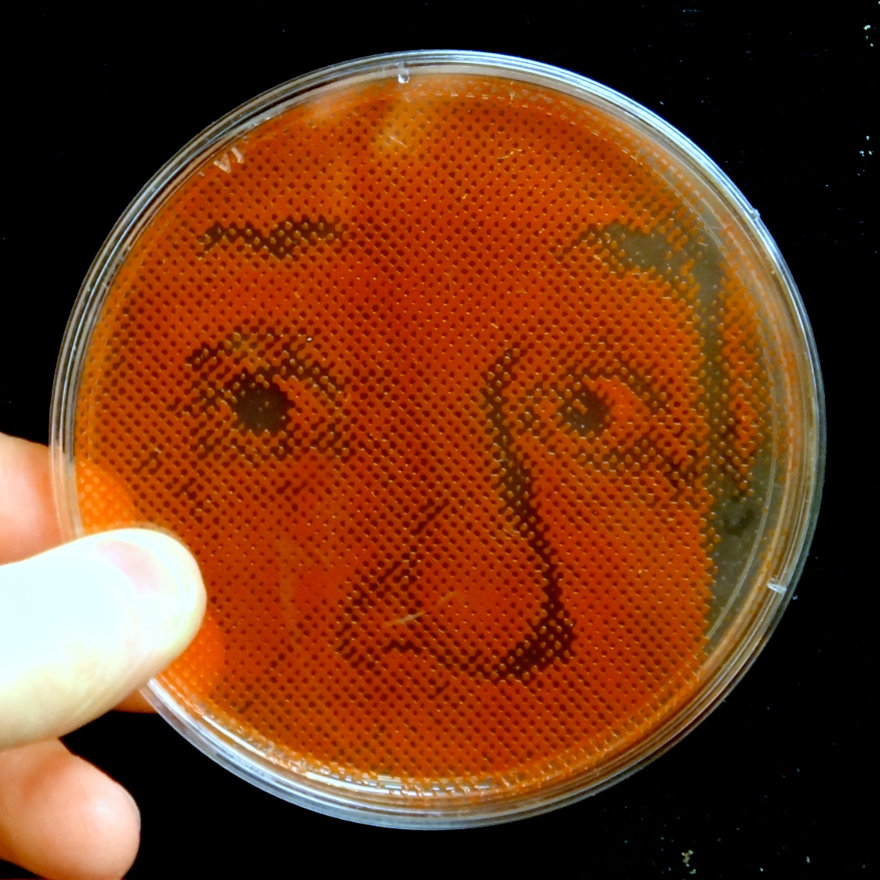 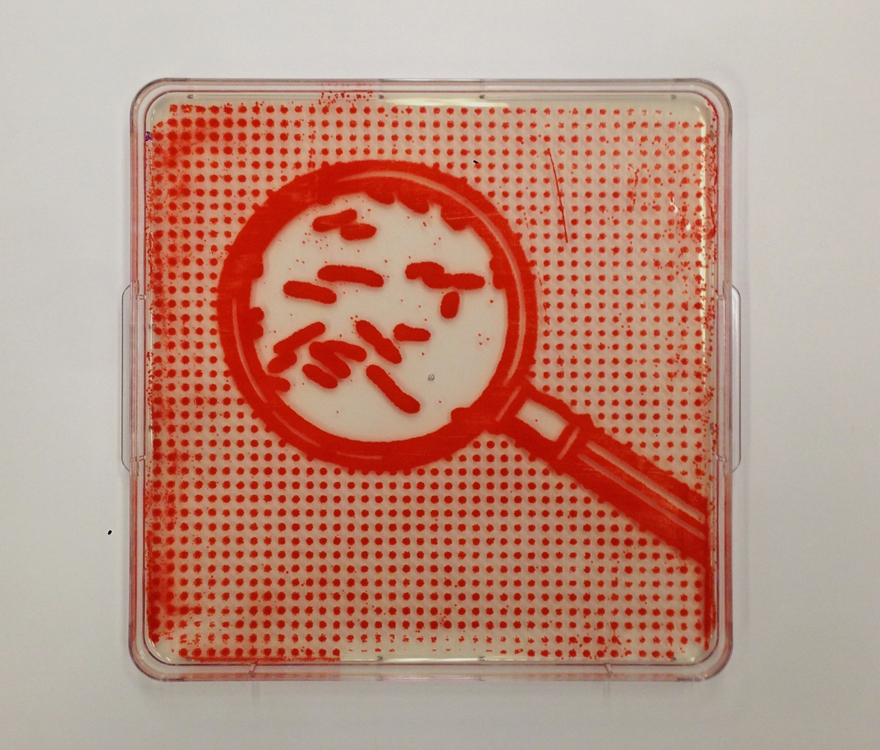 If you couldn't tell, Copfer's got a sense of humor. Case and point: He created an entire project titled "Dear Mr. Kac" around the (fictional) Albasaurus—the worlds first day-glo Velocirabbit—as an homage to the pet project (har) of Eduardo Kac, who reportedly collaborated with a geneticist to create a bioluminescent, possibly apocryphal rabbit named Alba in the late 90s. Copfer's photos documenting the Velocirabbit project are worth a perusal for a good laugh.

You can check out more work from Copfer on his website.