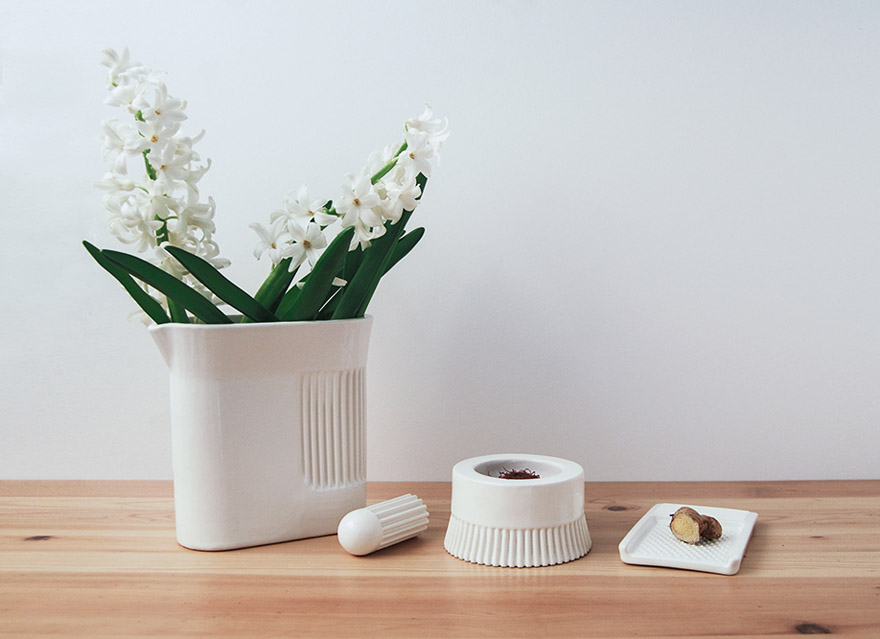 Groovy: It's the perfect way to describe Visibility's new universal design kitchenware set, Ridge Kitchen. We're not talking some psychedelic mixture of bold colors and gaudy florals. New York-based duo Sino Sohrab and Joseph Guerra have created a set of minimal designs that do more than just look good while not in use. Ridge Kitchen is made up of three porcelain kitchen tools—a pitcher (which can moonlight as a vase), grater and a mortar and pestle—each of which indicates its purpose through a cohesive design trait. 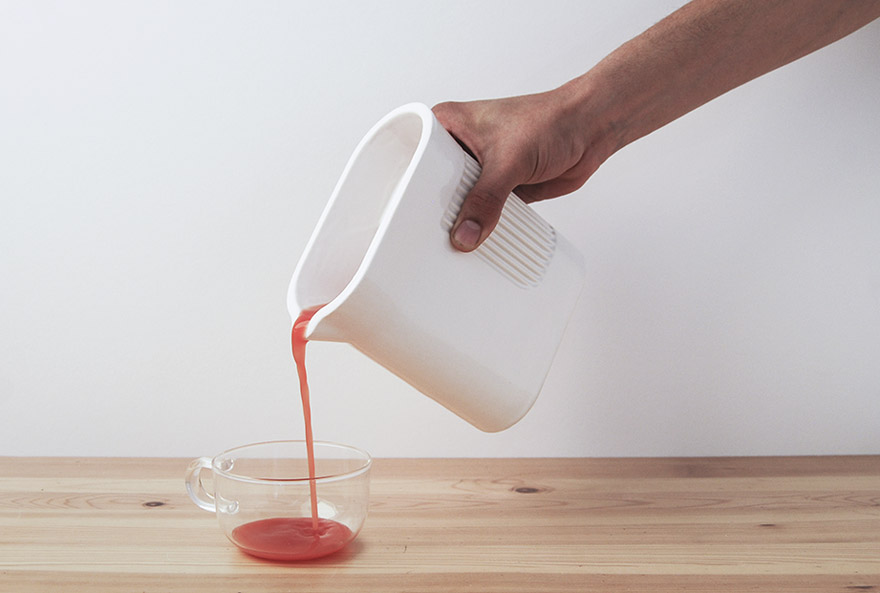 The grooved patterns indicate where the tool should be gripped, making it easy to intuit the objects' use. 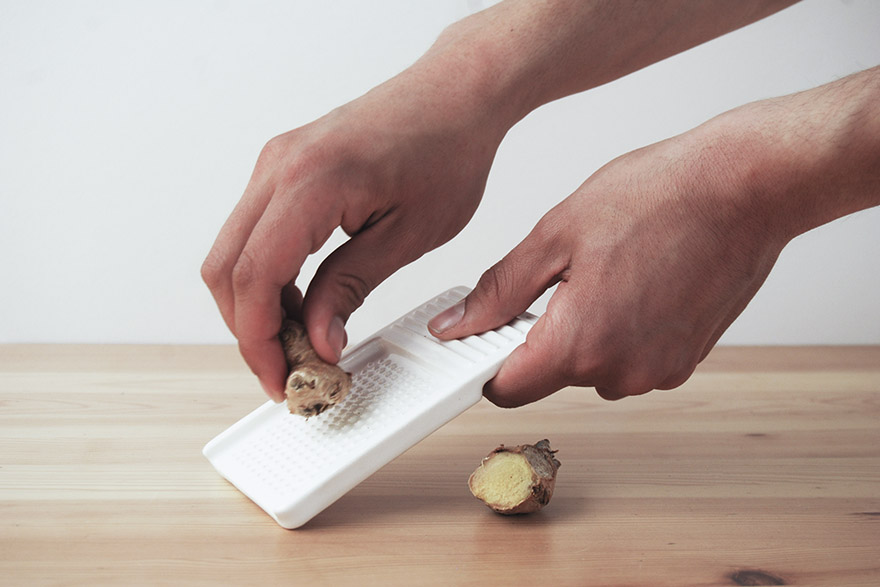 For someone who isn't familiar with culinary space or is more versed with another tool of the same function, this is a beautiful way to let them in on its performance. For others, it may just serve as a cohesive look for your cooking gadgets (which, to some, is just as important as a tool's usability). I don't know about you, but I'm most drawn to the porcelain grater—a much improved look from the stainless steel versions we see too often in the cooking world. According to Visibility's website, the tool was modeled after traditional Japanese graters and best used with ginger and garlic. 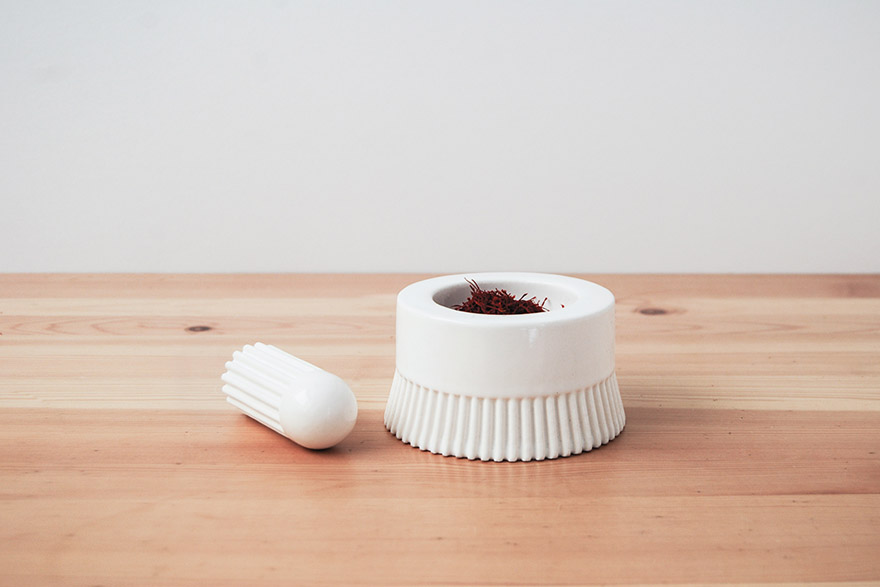 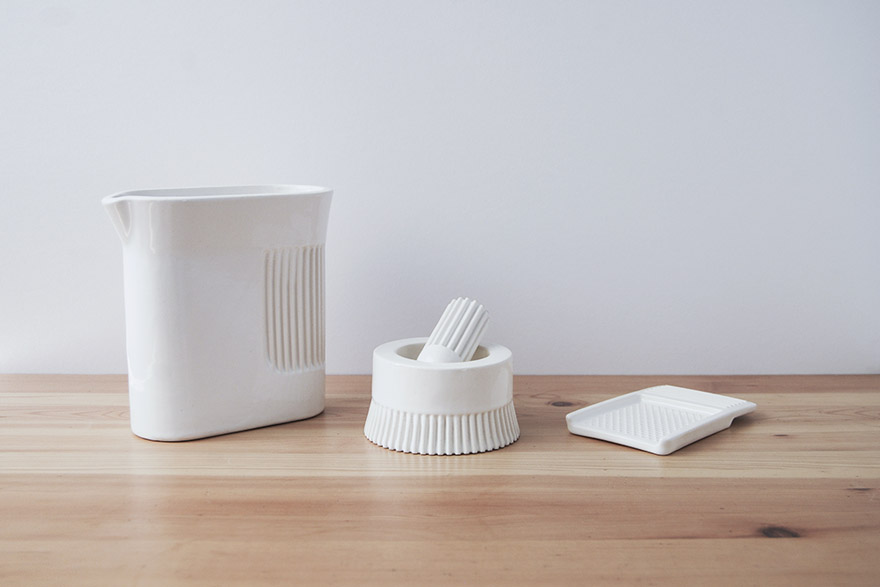 The rest of Visibility's designs follow a similar "functionality through design" mindset. Another one that caught my eye: a utility stool that suggests the direction it should be used through the seat's shape. This and Ridge Kitchen are only two examples of relaying function through subtle design cues. What say you, readership—do you have any favorite homewares that follow a similar universal design methodology?