From Japan, a Glass Jar Design That's Easier to Open 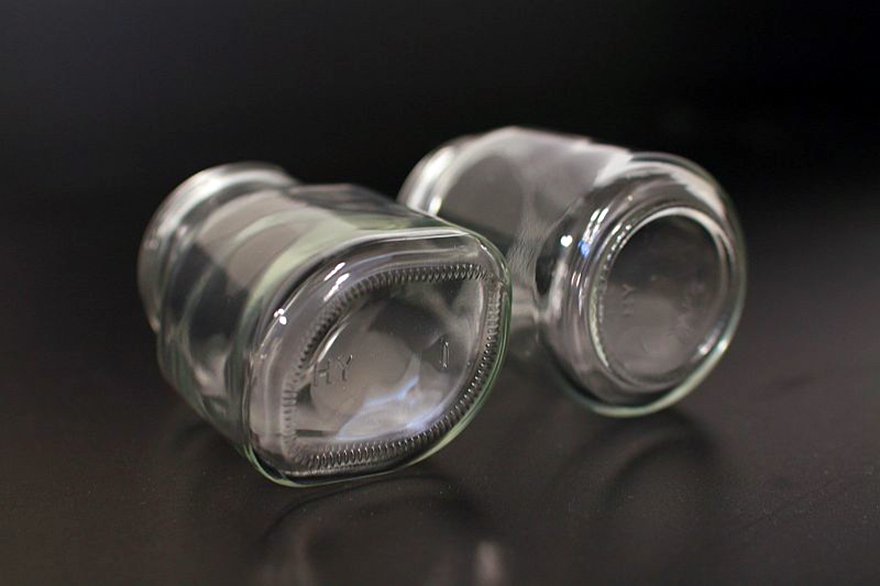 Fifty years ago, most things you'd find in a refrigerator, like milk, ketchup or mayonnaise, were all in glass containers. Nowadays those items are mostly contained in plastic. Plastic is cheap, it doesn't shatter when dropped, and if you think about any jar you ever had trouble opening, it's almost never a plastic one.

The benefits of glass, on the other hand, is that they're more sanitary, re-usable, have better heat resistance and are safe to microwave. So Japanese manufacturer Hakuyo Glass has been studying plastic-vs.-glass uptake in the kitchen and concluded that if they can design glass jars that are easier to open, they can win part of the market back.

To do this, they consulted Tokyo-based designer Noriko Hashida, who heads up her own ID firm and is also a professor at Shibaura Institute of Technology's College of Engineering and Design. Hashida went all-out in her research, hooking test subjects of all ages up to an electromyograph to precisely measure their muscle movement as they opened a variety of glass designs. By studying where on a package force is applied, she concluded that a parallelogram-shaped cross-section was ideal and provided the best leverage. As a former structural package designer I'll say it doesn't look too shabby, either.

Hakuyo Glass has filed a patent for Ms. Hashida's design, and it's expected they'll soon make their way to Japanese store shelves to hold jam and pickled products.

From Japan, a Glass Jar Design That's Easier to Open