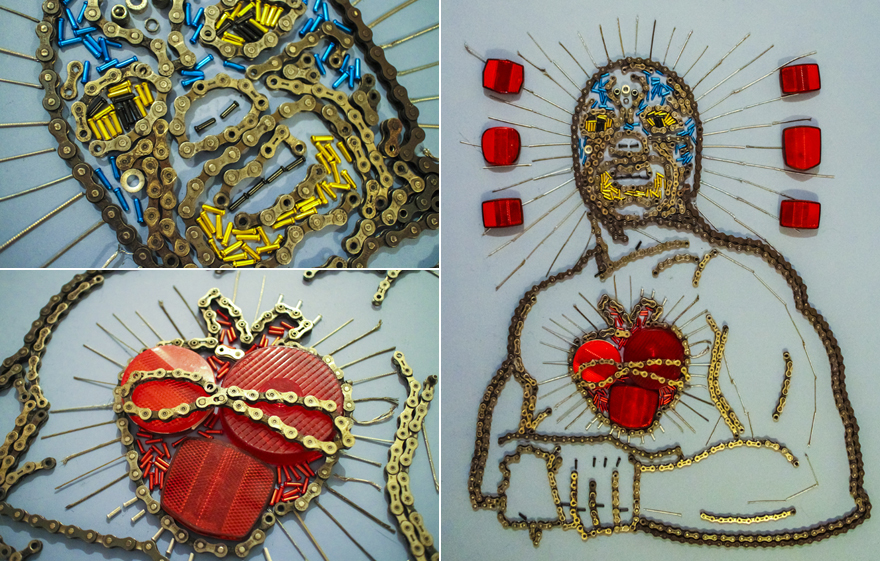 There's something glow-y about a person who truly loves what they're doing. For Jennifer Beatty, the glow comes through in her upcycled art. She managed to tie-in her two passions into one 100-piece series titled "100 Hoopties"—a hooptie being "any car that meets the following: a) Driver must enter car through passenger side; b) Three different brand and size tires (three of them missing hubcaps); c) Exhaust is held up by half a clothes hanger, other half replaces the antenna..." as defined on the ever-entertaining Urban Dictionary. Beatty gives us her own working definition for the poster project: 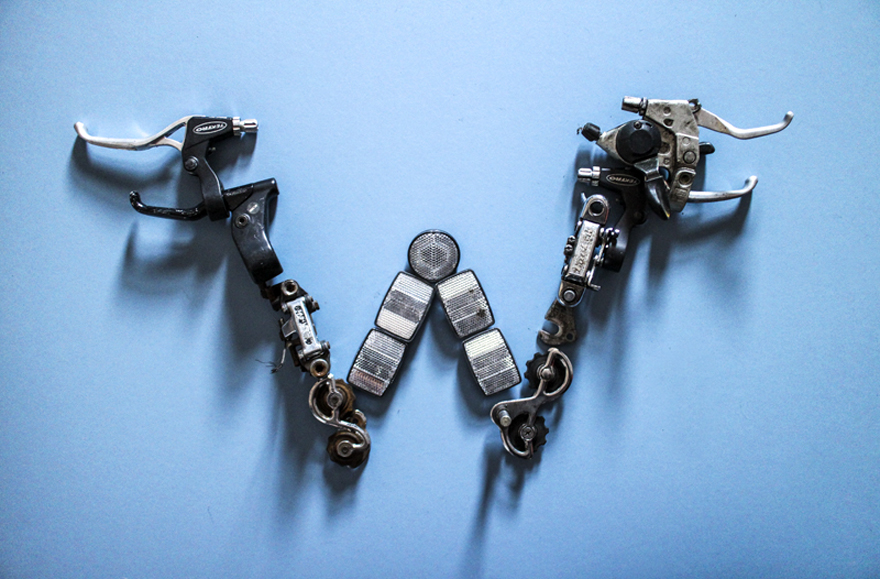 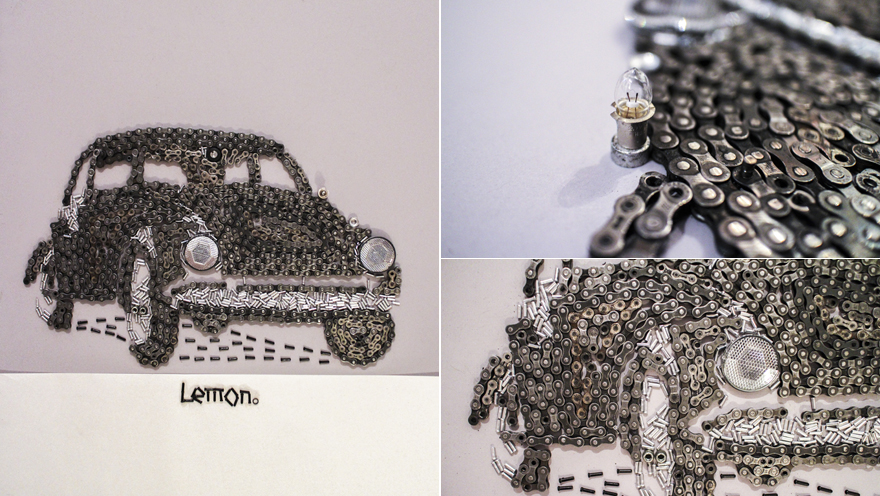 If you couldn't tell, Beatty is both an avid cyclist and a graphic designer, and she combines her passions in her project, recreating famous graphics ranging from movie posters and works of fine art to video games and logos. 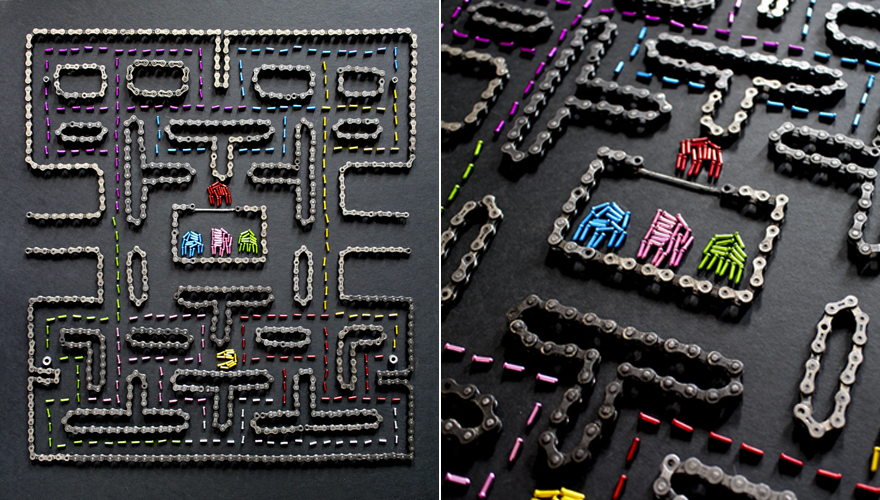 Starting on April 7, 2014, Beatty started creating a new composition every day and plans to keep it up for 100 days—meaning this series will see its end on July 15. This project is one in a group of "100 Days" assignments taken on by the 2014 Masters in Branding graduate students at the School of Visual Arts. 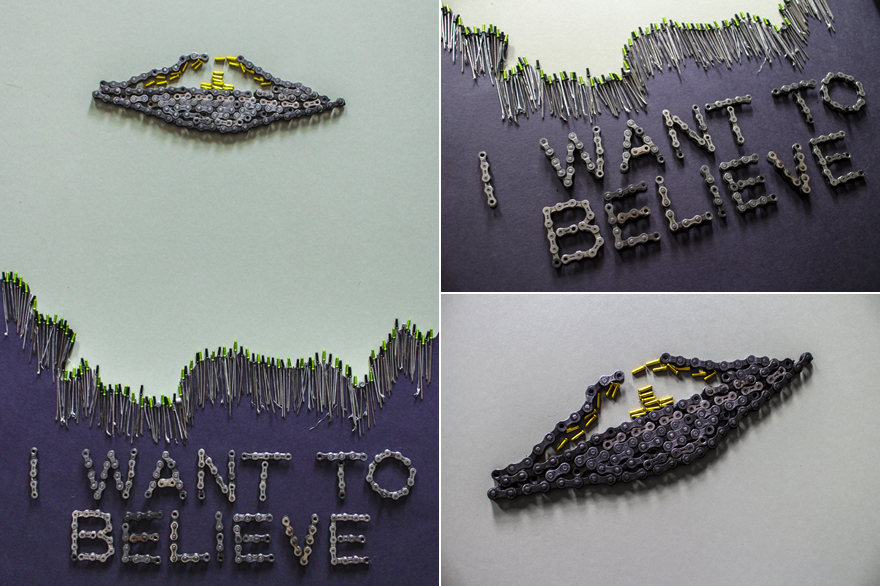 From reflector decals and brake bolts to busted chains and pulley cages, Beatty finds a use for all kinds of parts in the greater silhouette. While a lot of the works are a nod to more recent pop culture references, she includes some design masters in the mix: Ray Eames, Milton Glaser, Paul Rand, Betty Willis (of "Welcome to Fabulous Las Vegas" fame) and Andy Warhol. Each poster on the website comes with a breakdown on the different parts used and a link to the original artist/image. 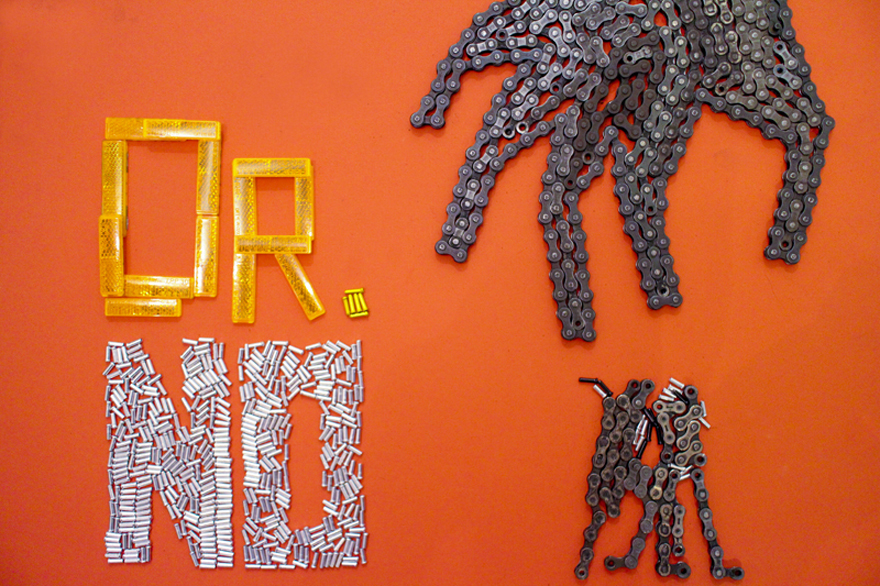 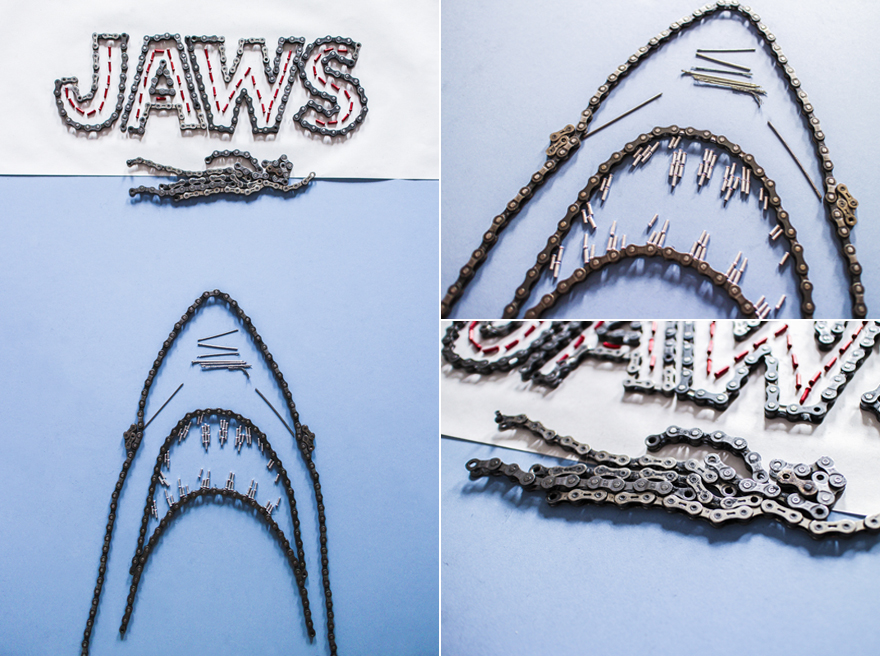 You can check out the "100 Hoopties" project progression here. She's also selling a pretty solid line-up of schwag featuring her designs—t-shirts, canvas prints, mugs, phone cases, even show curtains. Check them out on Society6. 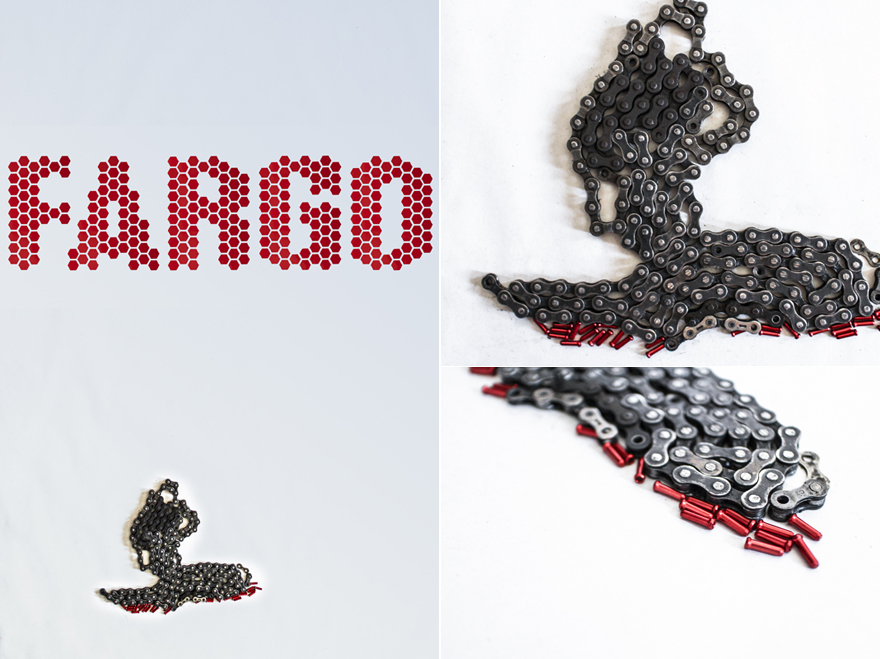