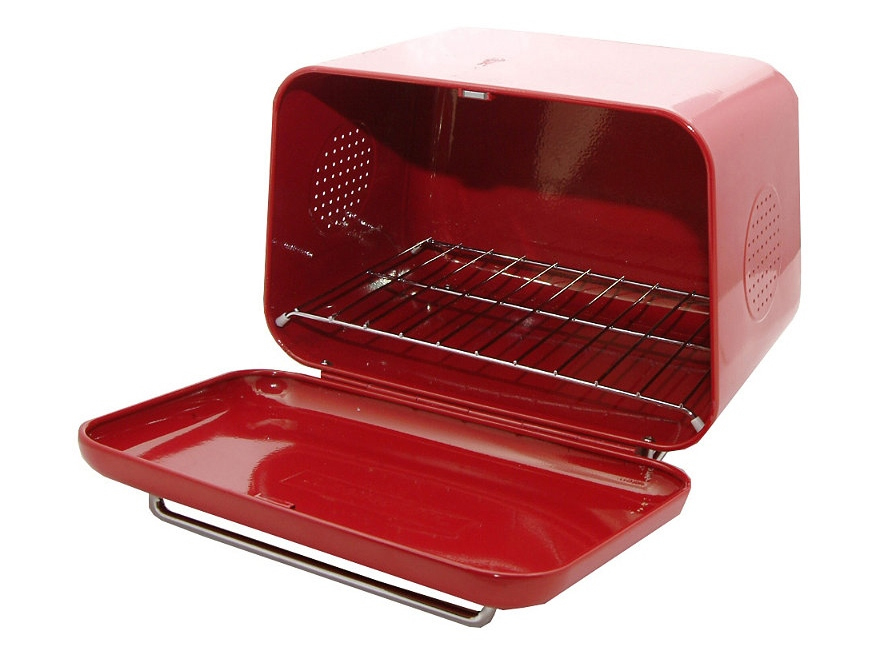 I've got clients who love their breads—which is totally understandable, since bakers are now making some great loaves. But these clients face the question of how to store any bread that's not getting eaten right away. Long-term storage requires the freezer, but a good bread box will often keep crusty breads fresh for around three days. (This will vary depending on the type of bread and the climate.) The goal is to keep the humidity in the bread box just right; the vent holes in the box allow some of the moisture from the bread to escape. The Novo bread bin from Typhoon places those vent holes on the sides. 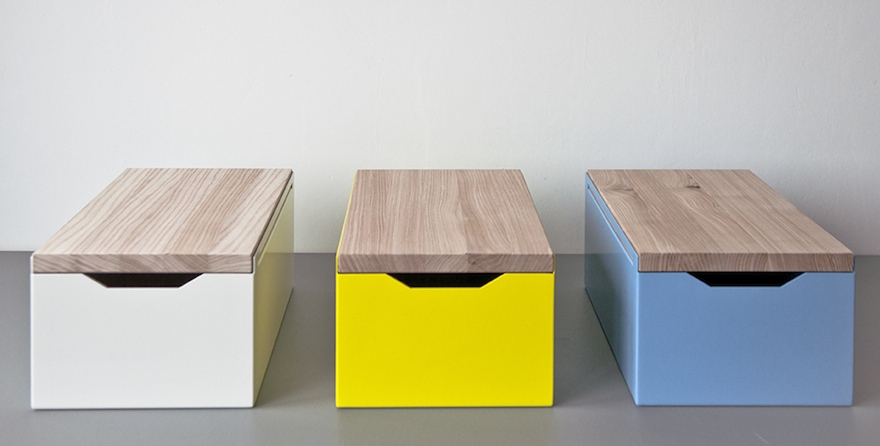 These bread boxes from My Kilos don't have vent holes; they just have a space where the wooden lid rests on the box. That lid can be used as a cutting board, too. 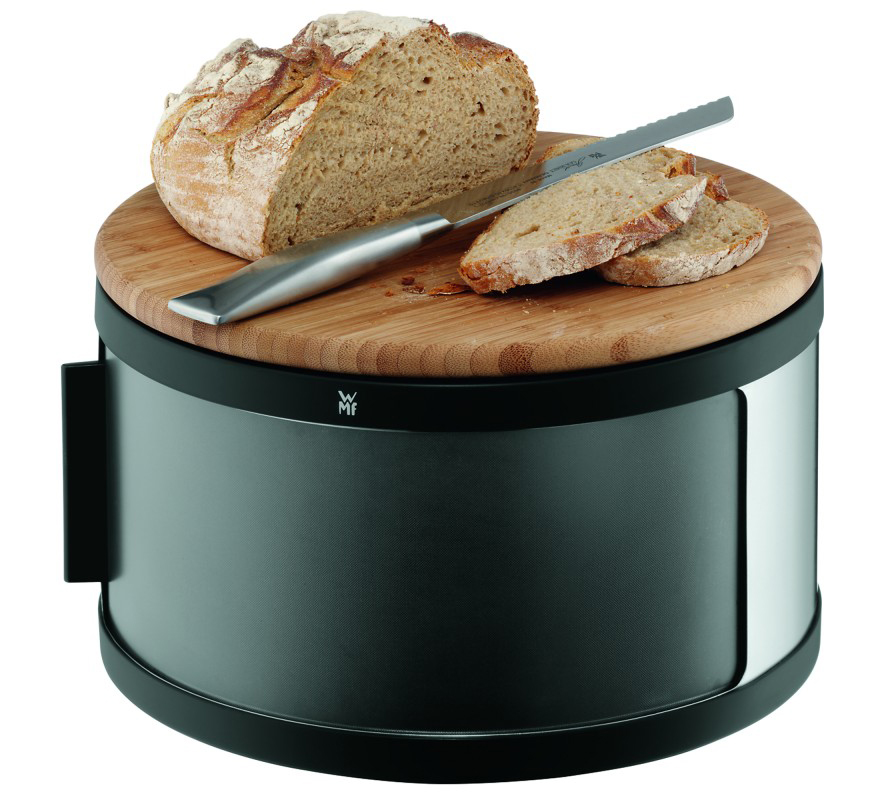 This bread drum has a cutting board that rests on the top. When the cutting board is removed, the bread drums can be stacked—a clever space-saving device. The rectangular shape of the prior bread bin vs. the circular shape of this one is a reminder that breads come in various shapes and sizes, and the end-users will need to select bread boxes that fit the breads they prefer. 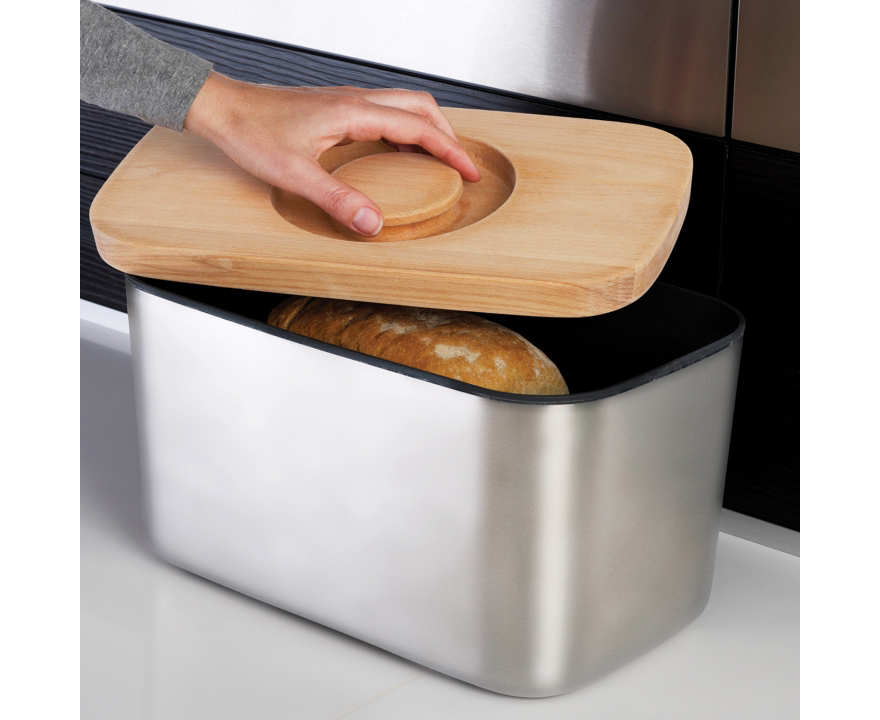 This Joseph Joseph bread bin, designed by Morph, is another one with a cutting-board top. Two interesting design touches: It has an easy-to-grip handle on top, and it has grooves on the cutting side to help collect crumbs.

The size of the bread box is a continual trade-off between having the box big enough to store the bread, and small enough to not take up too much countertop space. Brabantia provides end-users with a choice of two sizes; the smaller one is about five inches shorter than the larger one. Notice that the tops of these bread boxes are flat, so end-users can store other things along there (including the canisters which Brabantia makes to specifically fit this top-of-the-bread-box space). Brabantia places its ventilation in the base, not the sides. The bread bins above are a matt steel which is said to be "fingerprint proof"—something a family with young children might especially appreciate. 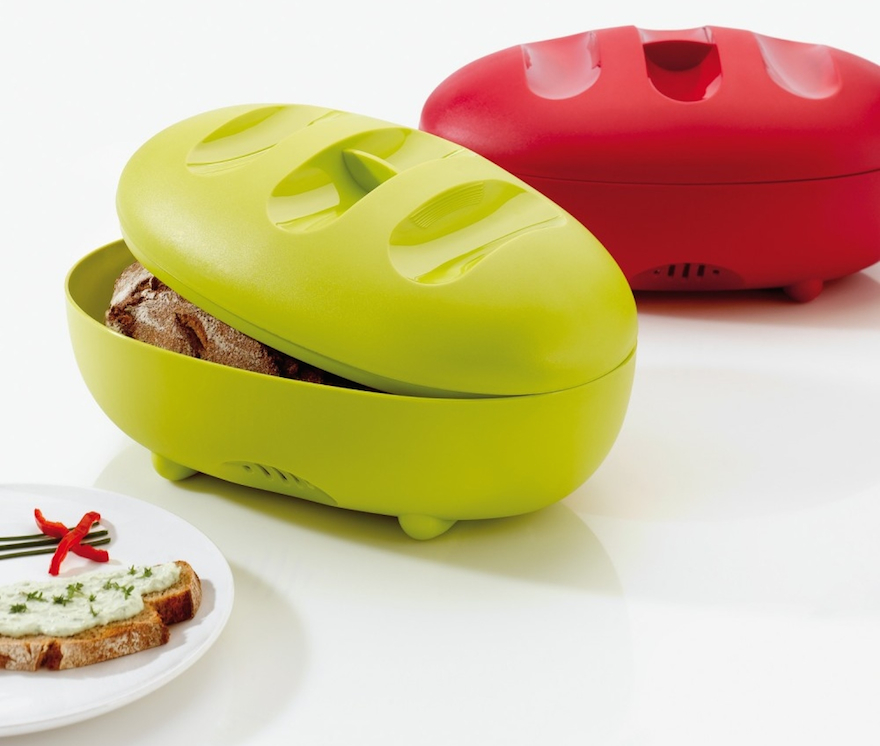 The Manna bread bin from Koziol, designed by Tino Valentinitsch, makes clean-up easy; unlike many others, it's dishwasher-safe. 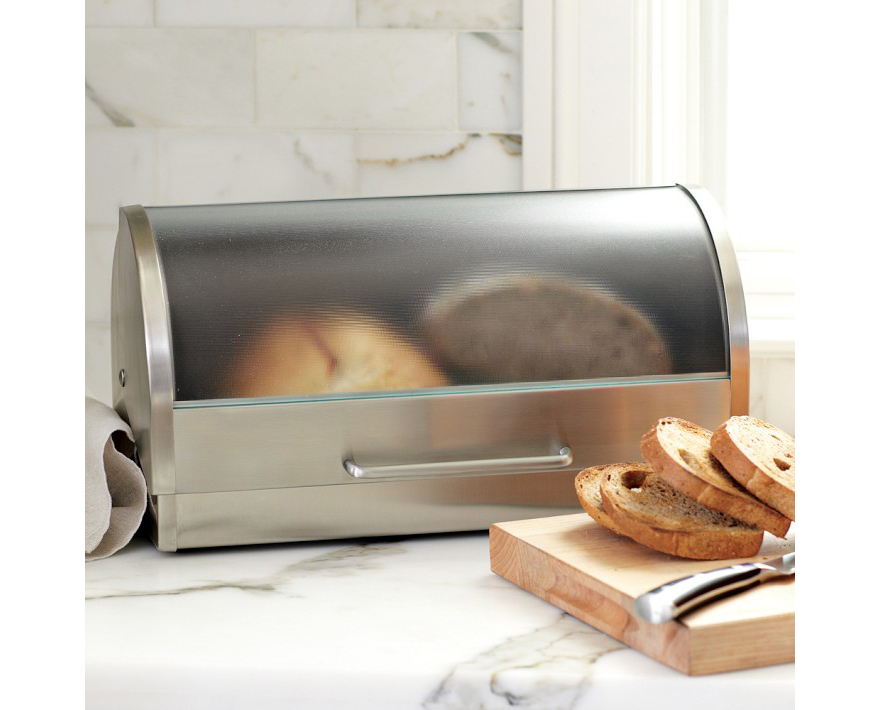 This bread box allows you to see what you've got. For all my clients for whom "out of sight, out of mind" applies, this could be a helpful design feature. 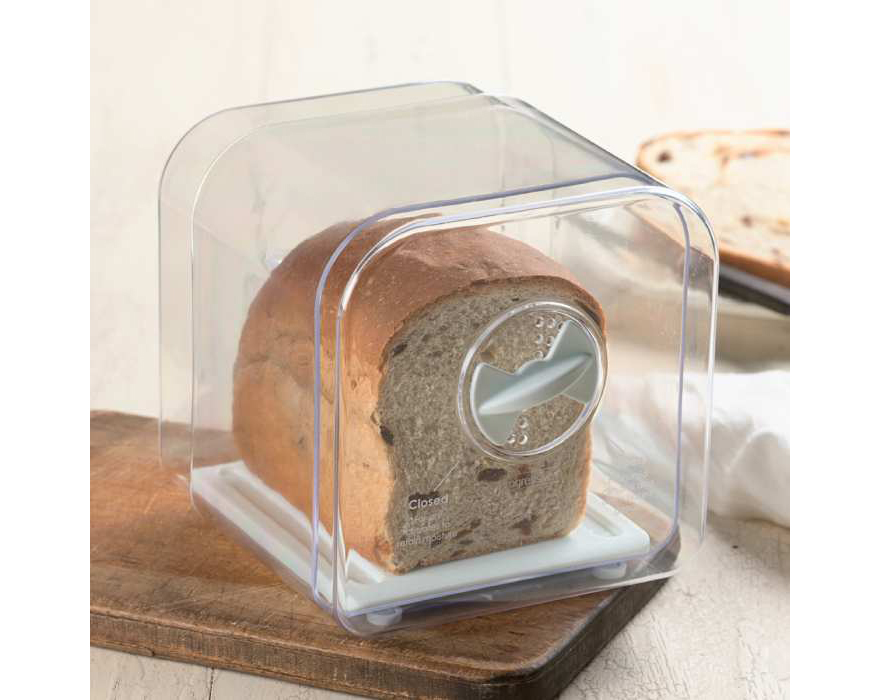 The expandable bread keeper also lets end-users see what they have. It's a relatively small bread box, even when expanded all the way —which will be perfect for those who don't have room for a large box. One notable feature is the adjustable vent, allowing end-users to adjust the air flow to accommodate their climates. It also has a cutting board base, but it's a little short if the end user has a full loaf of bread. 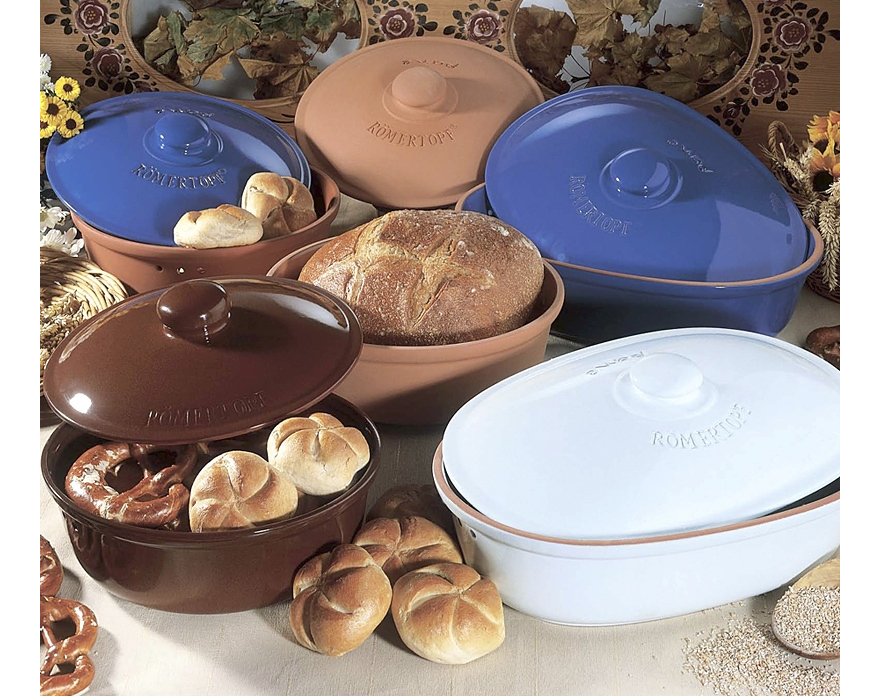 Some people advocate keeping bread in a clay bread box, such as these from Römertopf, because of how the clay absorbs and releases moisture. And, after all, the most important characteristic a bread box can have is that it keeps the bread fresh. 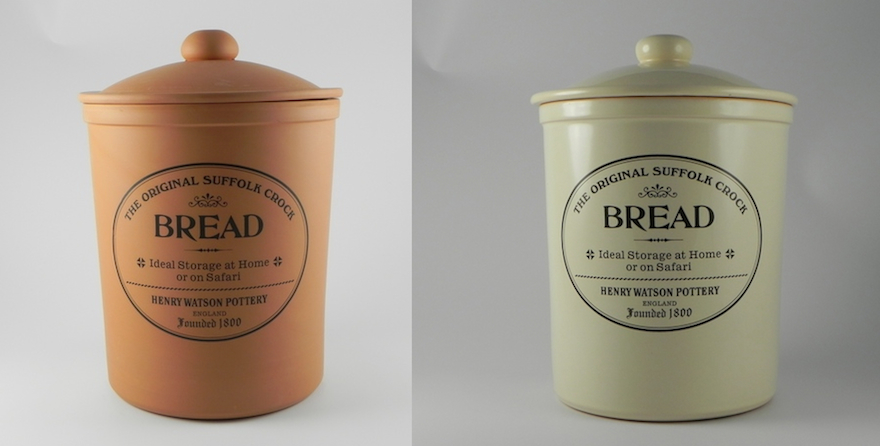 Clay bread crocks, such as these from Henry Watson's Potteries, have the advantages of clay and also save counter space by storing the bread vertically. 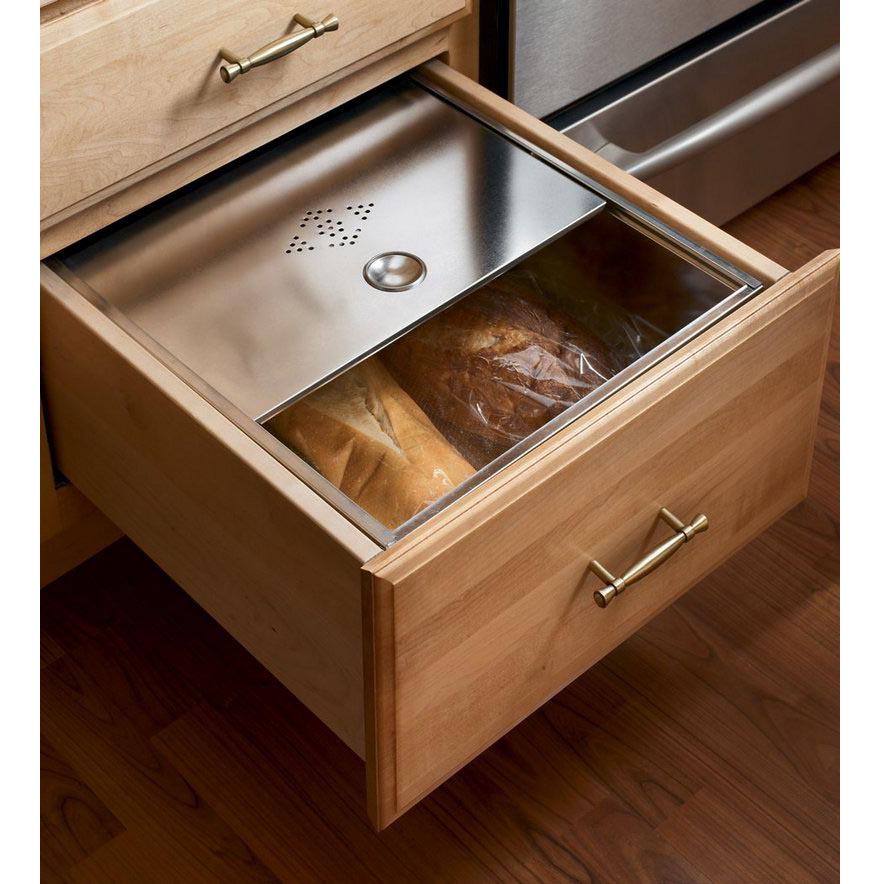 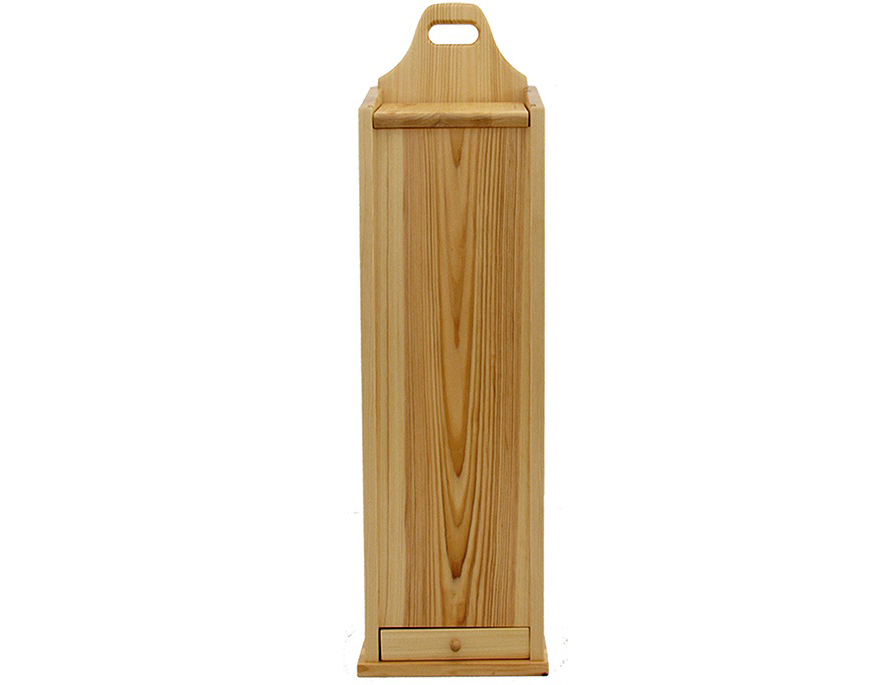 What about the end-user whose preferred bread is a baguette? I've never seen baguette-sized bread boxes in the U.S., but in France I discovered the huche à pain. Wisely, there's a crumb drawer at the bottom. 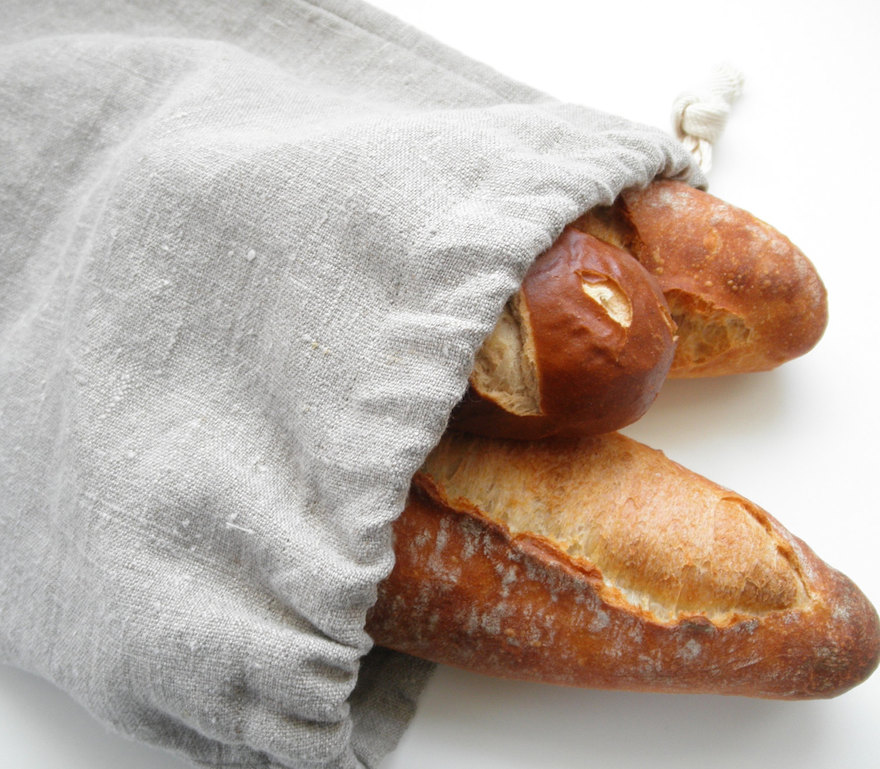 Of course, not every crusty-bread lover will choose to use a bread box. Another option (especially for those without pets who get into everything) is a cloth bread bag, such as this linen one from Joey Miller.