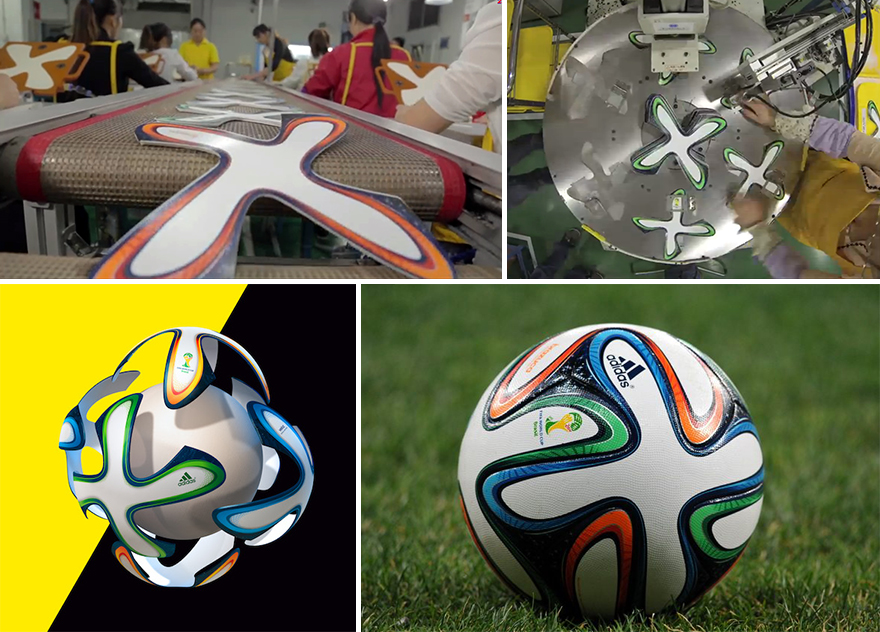 The World Cup is nearly here, with seemingly every bar in NYC hanging international flags out front and advertising Watch the matches here! Footie fever finally seems to have spread to America, as it's been reported that 111 million Yanks tuned in to the 2010 matches, and that Americans bought the most tickets to this year's event second only to the Brazilians. For the next month or so, the melting pot that is NYC will be filled with multilingual shouts of joy and agony echoing from bars across the city.

But it is, as always, a German company that will be at the center of every match, and this time with Pakistani fingerprints involved. Adidas' new FIFA World Cup Official Match Ball, the Brazuca, is manufactured in Pakistan using a variety of high-tech machines and manual handwork. Have a look:

With any luck, the Brazuca won't be a repeat of 2010's disastrous Jabulani, which was seemingly designed to ruin English goaltender Robert Green's life. In this next video, ESPN takes an in-depth look at the new ball's features, revealing, among other things, how temperature differences across Brazil's stadiums will influence play:

Those unfamiliar with the World Cup may wonder why Adidas redesigns a new ball every four years; can't they just perfect one and stick with it? The answer is simple: Profit seeking. The Brazuca runs US $160 a pop, but whether it will sell well remains to be seen. The "I am Brazuca" video they've released on YouTube has been up for six months, but only garnered a paltry 4 million hits: