In Acknowledgement of the Presumed-to-Boom Animal Wearables Market, Here are a Few Pet-Human Wearable Comparisons 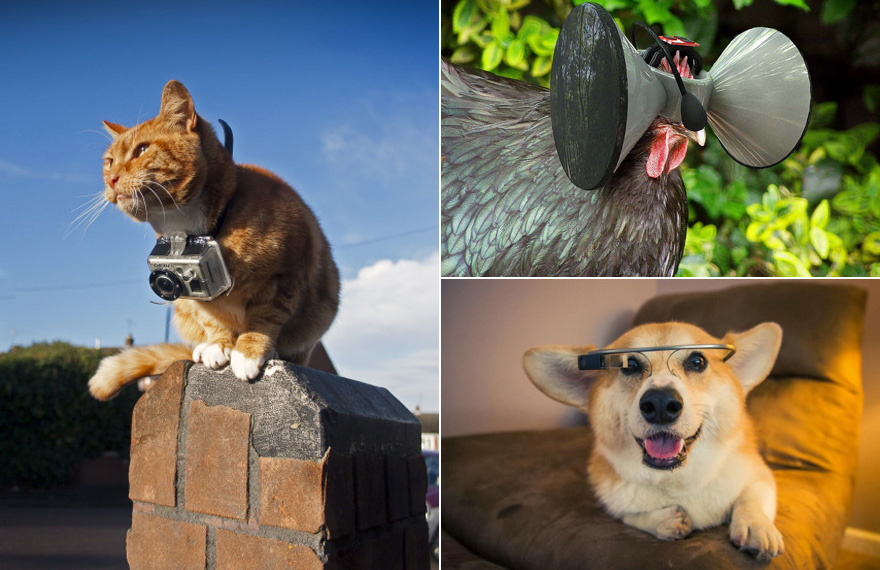 When you think about wearables, clunky watches might come to mind first—not how many steps your dog takes each day or how your neighbor's horse's blood pressure. I did a brief stint at an agriculture/country living publication and if there's one thing I learned, it's that animal wearables are turning farming upside down—in a good, "we're making/saving lots of money" kind of way. (I picked up plenty of trivia tidbits on fertility monitoring for cows and how corn mazes are surprisingly tech-savvy, but that's another story.) Upon recently coming across a statistic that brought me back to the days of crop yield discussions and grazing data, I couldn't help but share. According to a study from IDTechEx, the animal wearable market is set to hit $2.6 billion by 2025 (the jury is still out for human wearables, as estimates vary wildly at this point).

We're not just talking simple GPS chips and other pet-tracking strategies. The tech on the market for our furry companions is just as high-tech as the activity tracking accessories we wear ourselves—you might recall the thought-translating No More Woof headset we covered a while back. So, in the spirit of inter-species comparisons, here's a sampling of the presumed-to-explode animal wearables market and their human counterparts.

I'd think it's safe to assume that we all know how the FitBit works—you work out, the bracelet/armband/whatever-you-want-to-call-it calculates your activity into calories burned/steps/however-you-want-to-measure-it and the data is stored to motivate you to beat personal goals (read: make you feel bad on lazy days to come). FitBark does about the same. The collar collects data like activity levels, sleep schedules and behavior patterns—it even has a built-in comparison guide so you can compare your pooch to breed-specific guidelines to see how he/she marks up. Even more, you can link up your human activity tracker—like your FitBit, woah—to compare your activity levels to your pets.Eyenimal Petcam / GoPro

Sure, you can strap a GoPro on your pet using intricate harnesses and other weight-adding accessories, but we've all seen what happens when pigs get their snouts on a loose action cam Not to mention the camera wasn't made for animal use and isn't designed for anything other than humans to wear. The ultra-light Eyenimal Petcam was made to hook onto your pet's collar for that perfect fly-on-the-wall footage.

Luda's horseAlarm specifically monitors your horse's sweating and how often your mare lies down for a rest—two symptoms of foaling (giving birth) or just not feeling well. While the Basis band probably won't tell you if you're in labor—hopefully you can tackle that one on your own—it does help monitor stress via heart rates and detailed sleep information, helping the wearer better understand their body's stress signals and create healthy living habits, which is right up the horseAlarm's alley.

Like the horseAlarm, the MooMonitor electronically tracks temperatures to detect when cows are "in heat"—meaning it's prime time for a pregnancy. On the human side of things, TempDrop helps women collect consistent basal body temperatures (BBT) data—the lowest temperature your body hits while sleeping. For the record, prime fertility happens when your body hits a BBT spike, meaning TempDrop works in the same way as MooMoniter. (However, we'd advise against substituting one for the other.)

According to Tagg's website, a pet is lost every two seconds. We all know how tragic losing a pet is without any dramatic stats attached to it. Tagg syncs with a free smartphone app so owners can keep tabs on their pets at all times—kind of like those iPhone apps that allow parents to track their rambunctious teen's movements. In the world of human wearables, you might remember the GPS-enabled shoes (not to be confused with Dominic Wilcox's flashy design) that made their way across the blogosphere last year, specifically marketed toward elderly readers suffering from Alzheimer's. These shoes are pretty nifty, functionally speaking. Although, we can't endorse the disregard to style.

In Acknowledgement of the Presumed-to-Boom Animal Wearables Market, Here are a Few Pet-Human Wearable Comparisons