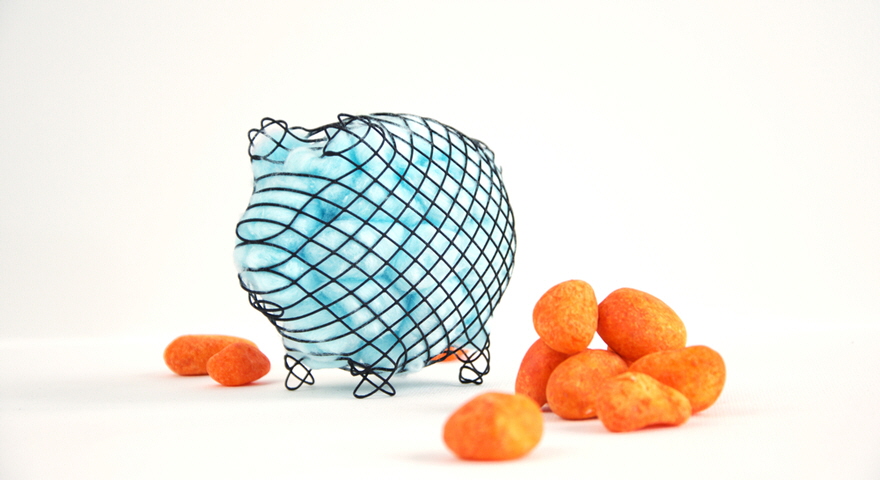 As 3D printing slowly but surely goes mainstream, we've been seeing more and more products that might just be ready for the seemingly endless shelves of big-box retailers. Sure, it allows for the production of forms that previously would have been impractical if not altogether impossible to create, but more often than not, the end result is a plastic doodad that screams, "I was made by a cute little whirring robot!"

Madrid-based industrial designer Octavio Asensio manages to avoid these pitfalls. Previously, we took a look at his color- and size-customizable Tyrannosaurus Rex sculpture—which was funded four times over on Kickstarter. Now, he's back with some new (completely customizable) eye candy for us: Oinky, the Whimsical Piggy Bank. 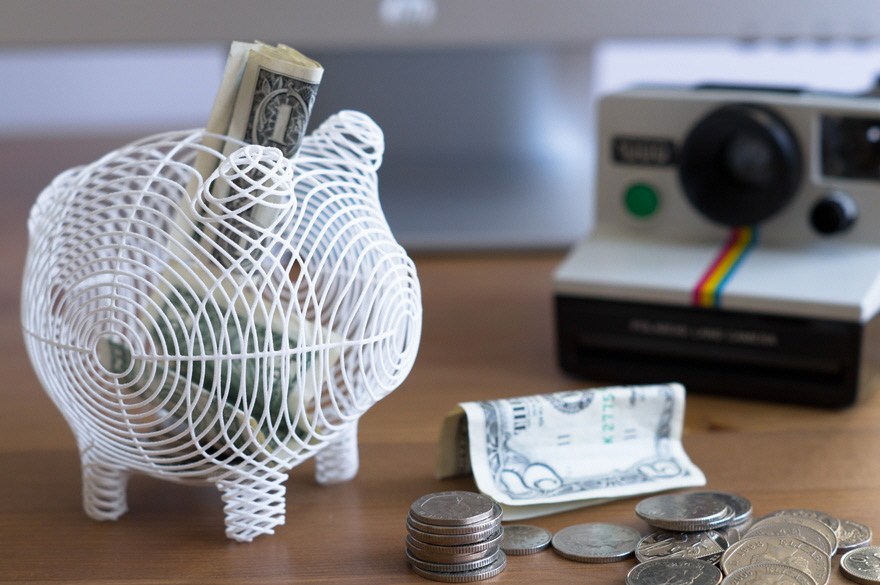 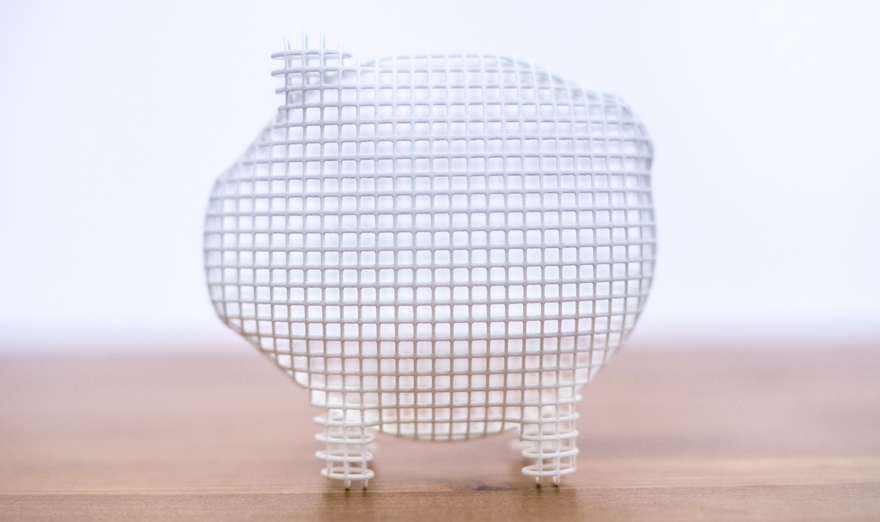 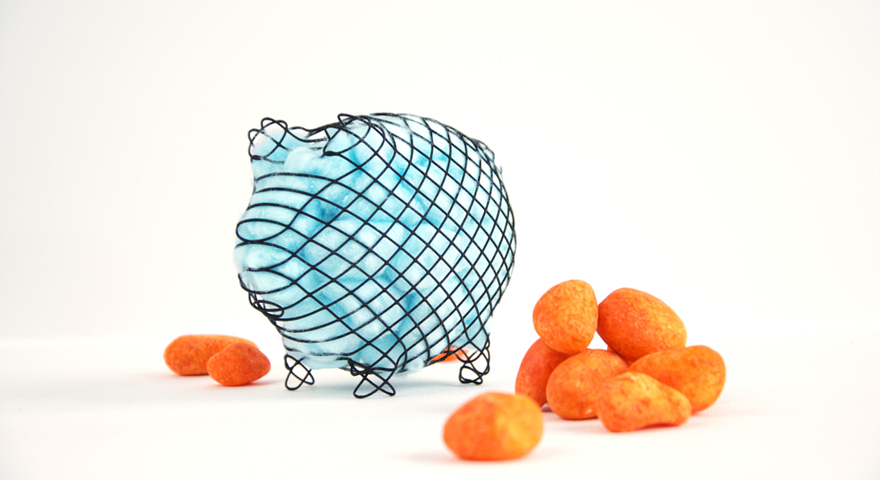 The name is a bit misleading because, as you can see, the design doesn't limit itself to the use case of a traditional piggy bank. But you'd better believe that anything you decide to store in Oinky will look damn good. Asensio has taken the skeletal properties of 3D printing filament and transformed it from cheap-looking and easy to break to, well, whimsical. As the designer says it himself, "After all, what's life without whimsy?" As long as it's in the form of well-designed housewares, we've got to agree. 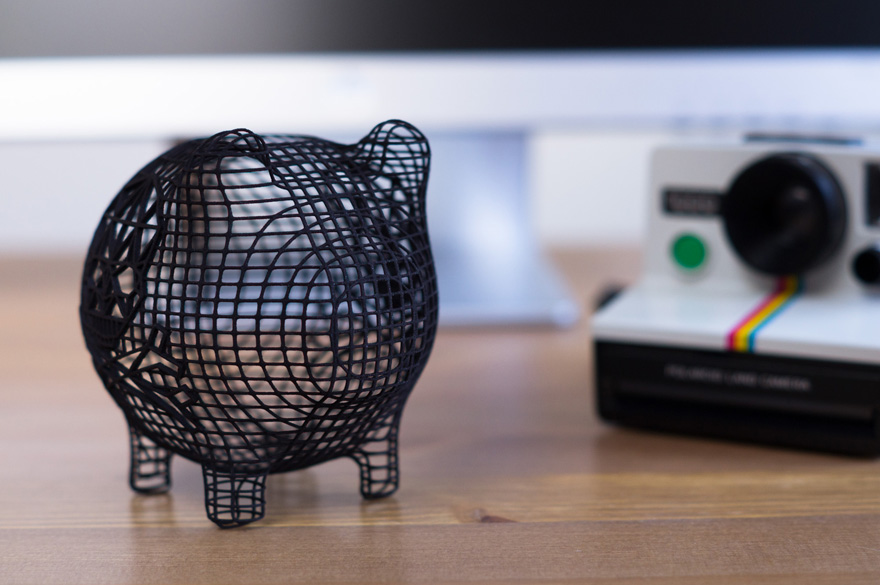 This design also addresses one of the oldest piggy bank gripes: using every bit of space to stuff coins and bills in. You're usually left guessing how much you've saved by feeling out the bank's weight. There are all kinds of nooks and crannies left to be filled, but with only a coin-sized slot at the top, you'd never know. Asensio's bank allows the user to fill Oinky up to capacity with multiple entry spots, thanks to its open design. 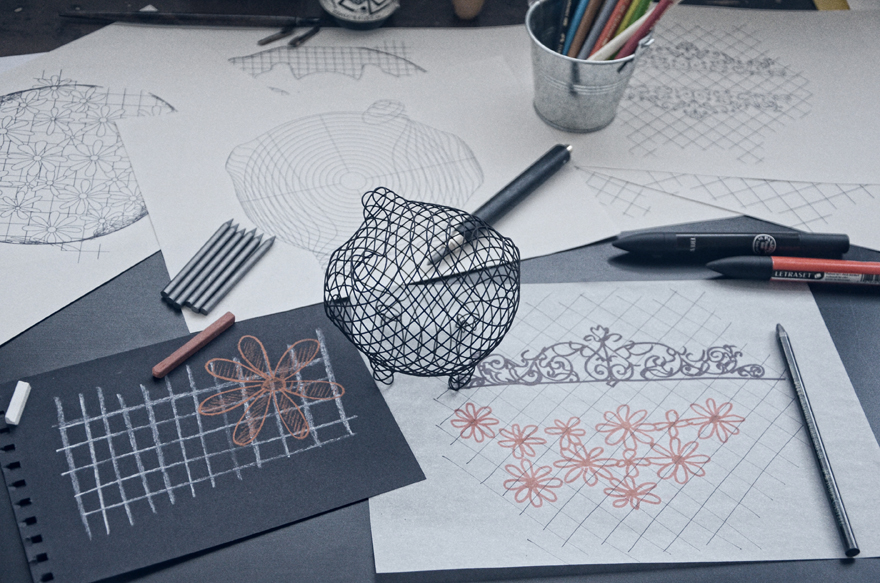 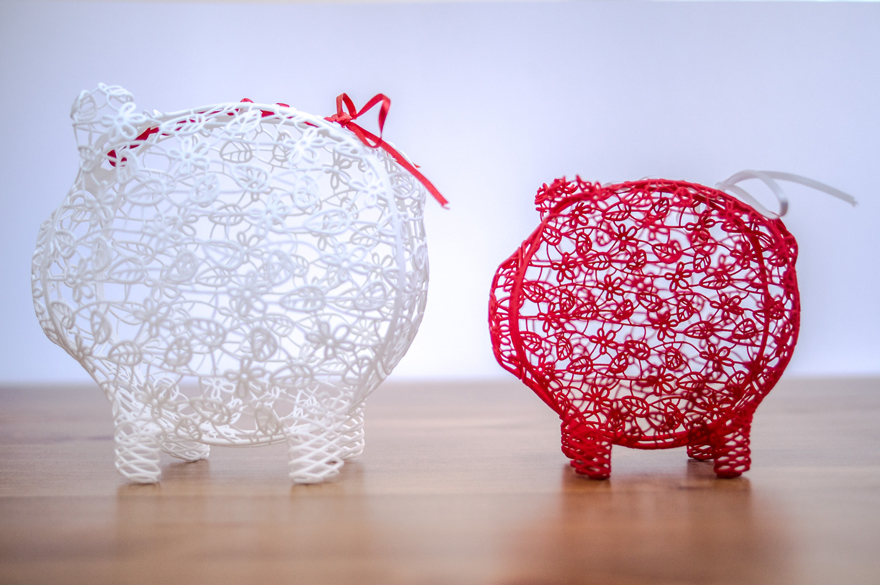 And since it can be produced on-demand, you can purchase an Oinky of your very own on Shapeways: There are seven different designs to choose from in two sizes (large and small) and a myriad of colors. Check out more work from Asensio on Coroflot.