Bowerbags: A Modular "5-in-1" Bag System with a Unique Connection Method 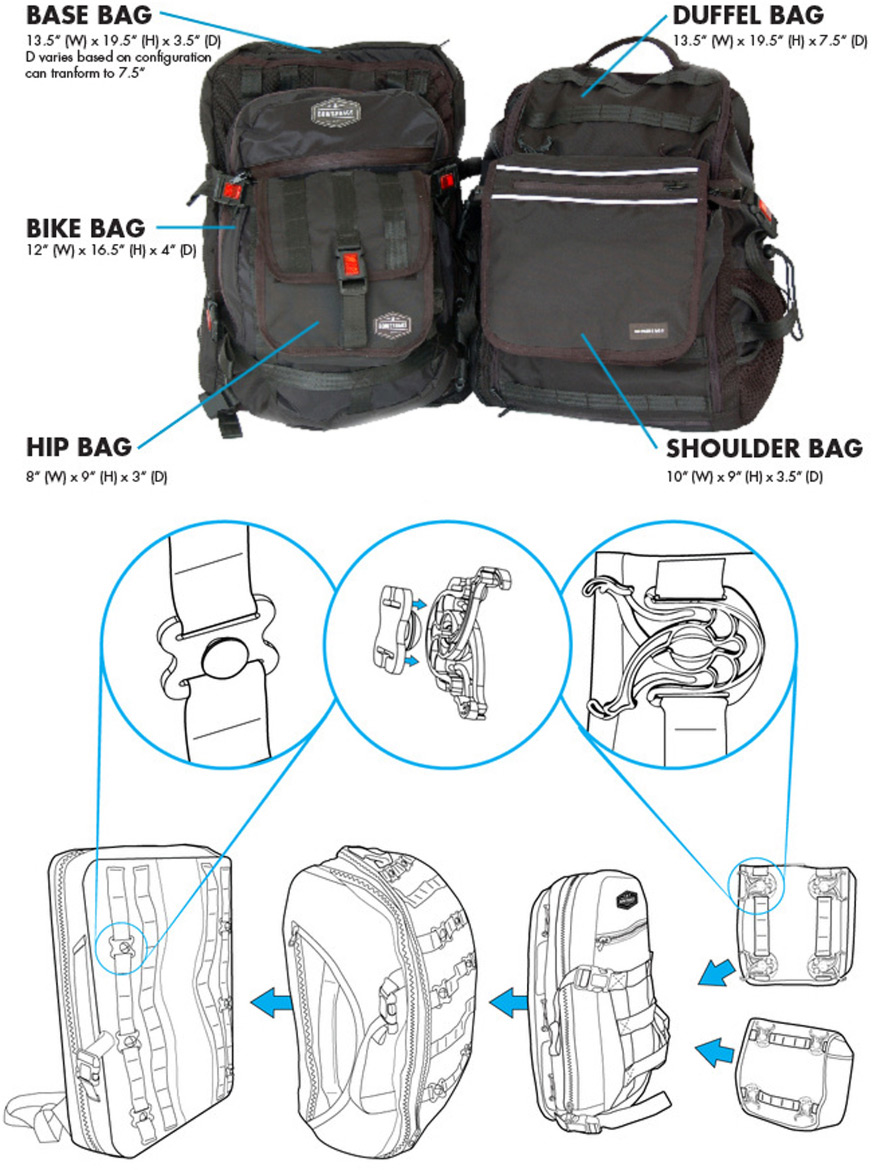 If you're designing a modular bag system, like the cool Mission Workshop Arkiv we looked at a few years ago, you need to figure out how the bags connect to each other. Chances are you'll go with the tried-and-true military route, i.e. the MOLLE system. But the guys over at Bowerbags didn't care for it:

In earlier prototypes we used MOLLE webbing and traditional button snaps to achieve modularity. We found the button snaps were cumbersome to move in and around the webbing. We also found there were no other clasping solutions on the market that made our modularity goal any easier.

We concluded that there was no hardware that was quite right, so we went to work making our own. We designed, prototyped and tested over 1000 different clip variations until landing on the Bowerbuckle you see today. 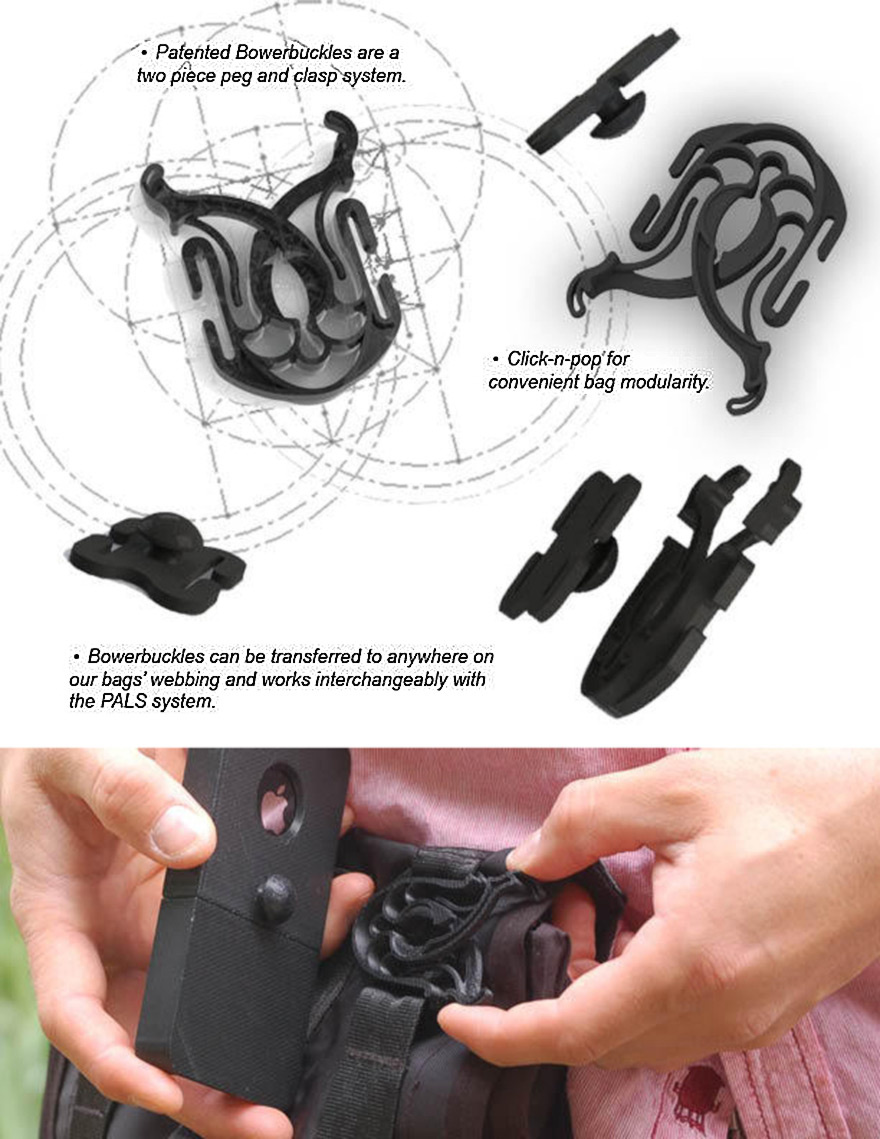 Their now-perfected Bowerbuckle—essentially a sprung scissors-type clasp that seizes a peg—is now integrated into their Bowerbag, a customizable "5-in-1" bag system that they're trying to get Kickstarted. Check it out:

Interestingly enough, they're offering free downloads of 3D-files that contain the peg portion of the Bowerbuckle; thus users can print out iPhone cases with the peg integrated into it, so you can snap it right onto your Bowerbag. Or you can integrate the peg into your own design, allowing you to attach whatever you can dream up.

Bowerbags: A Modular "5-in-1" Bag System with a Unique Connection Method