Tablet Uptake at Chain Restaurants, and Why We Won't See iPads There 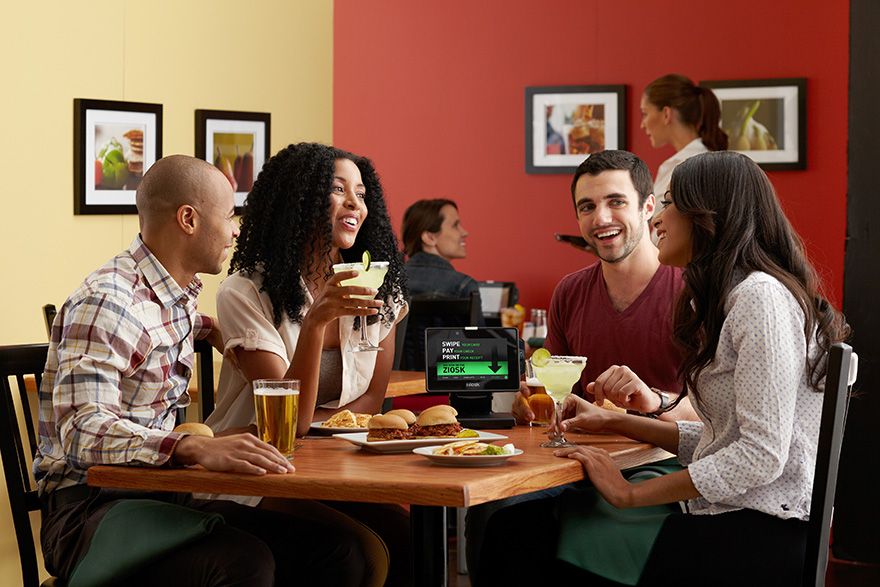 "If you turn the tablet away from me one more time, Susan, I'm going to throw this margarita in your face!"

"If you turn the tablet away from me one more time, Susan, I'm going to throw this margarita in your face!"

Here's what would be perfect: If you would take just two bites of that expensive dessert I upsold you on, one quick sip from the cappucino I talked you into, then pay the check and get the hell out of the restaurant. Because there's people waiting and I need to flip this table so I can make more money.

I learned a few things as a waiter in the '80s and '90s. One was that spiked hair and a fanny pack was not a good look. The other was that a server's job isn't just to take the orders and sling the chow—our job was to sell. Bigger checks meant bigger tips, and the manager was constantly coaching us on which high-margin specials to push, which desserts we needed to move, what the exciting new beer we had on tap was.

Well, now the Chili's Grill & Bar chain has found that, surprise surprise, tablets are better than humans at selling. "When your server is a screen, you spend more money," as The Atlantic puts it. Since installing over 55,000 tablets at tables, the restaurant has found that diners order more appetizers and desserts and even leave bigger tips by going along with the default tip setting, which is of course jacked up. They also tie the kids up with unlimited on-screen games that run $0.99. 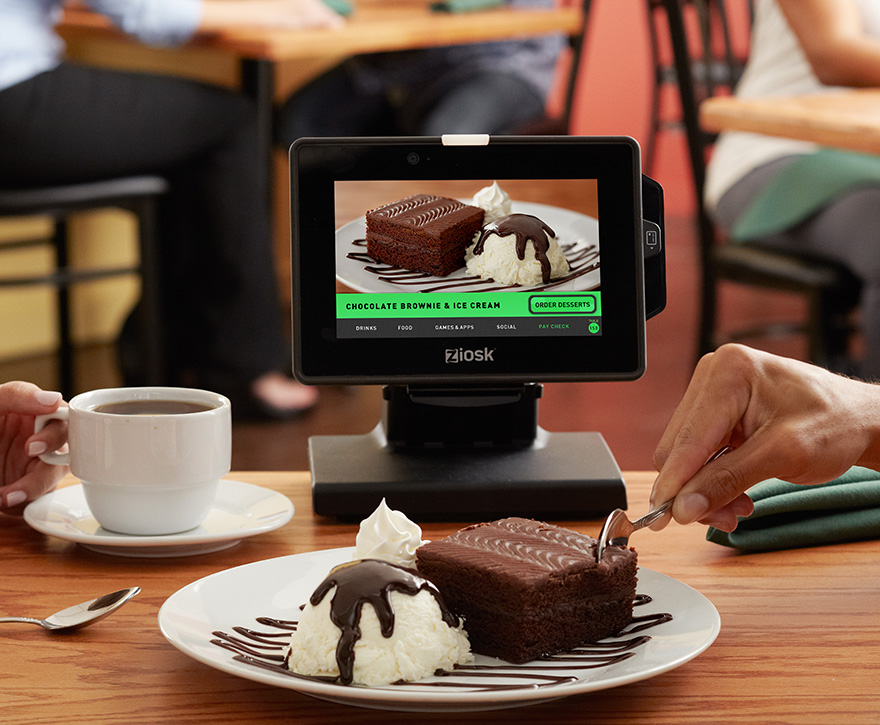 The tablets are manufactured by a company called Ziosk, the self-styled "industry leader for tabletop menu, ordering, entertainment and payment" for restaurants. (But they are not without competition, see below.) Ziosk reckons the tablets, which flash attractive-looking food photos to entice diners to click, boost appetizer sales by 20% and desserts by 30%. They also shave about 5 minutes off of each meal, presumably because one never needs to flag a waiter down. Add it all up and these babies essentially pay for themselves, as the company claims: "The Ziosk platform is a revenue center, not a cost center for the restaurant and our offering is 'less than free.'" Chili's started small with a trial run last year, then bumped it up to the current 55,000-plus figure. Ziosk is also going after the Red Robin burger chain. But they've got competition: Applebee's announced that they'll be installing 100,000 tablets from Ziosk competitor E La Carte.

Surprisingly, this does not mean the end of waiters, at least initially at at least for Applebee's. That chain figures the tablets boost sales enough to make them profitable add-ons without needing to cut waitstaff, and in any case you still need a human to hump the food over to the table. Chili's waitstaff are hopefully the ones collecting those larger tips, but I haven't been able to find any data from Chili's on what their future staffing plans are.

Some of you might be wondering why Apple, given their tablet dominance, didn't try to move into this space; the potential profits are presumably huge. Bloomberg Businessweek explained it this way:

Notably, neither Chili's nor Applebee's chose to use iPads, which serve as the in-house technology in an increasing array of small businesses. For Applebee's, price was a factor, as was the Apple device's lack of a removable battery. Rajat Suri, founder of E La Carte, thinks companies focused on building restaurant-specific tablets will hold an enduring advantage.

"IPads in a restaurant environment are not a good fit," he says. "They tend to break. They tend to get stolen."

Tablet Uptake at Chain Restaurants, and Why We Won't See iPads There