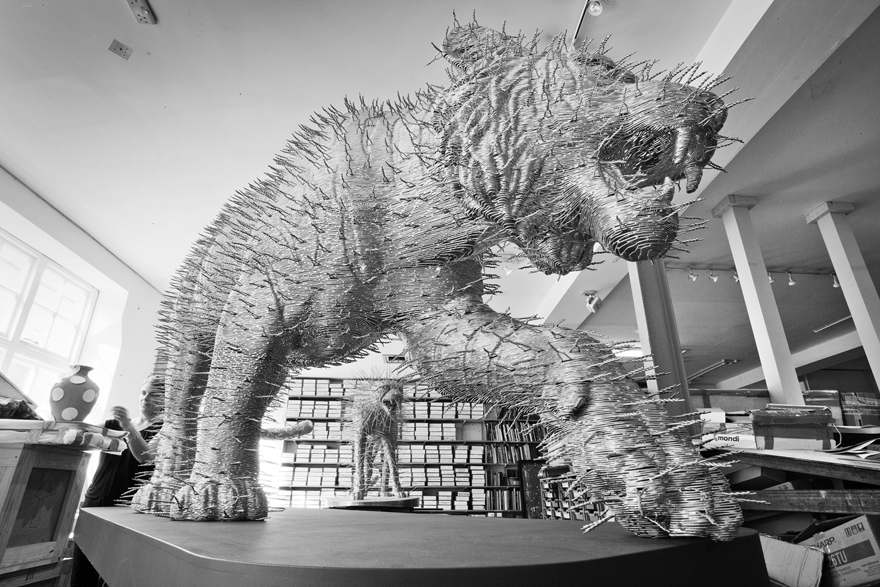 It's probably not what London-based artist David Mach has in mind, but I can't help but imagine that the angst-ridden expressions of the sculpture in his ongoing series "Coathangers" resembles my own when I encounter a mass of tangled metal hangers. Known for taking unexpected materials and creating larger-than-life sculptures from them, the artist takes the simple abstracted form of metal hangers and combines them into familiar silhouettes. 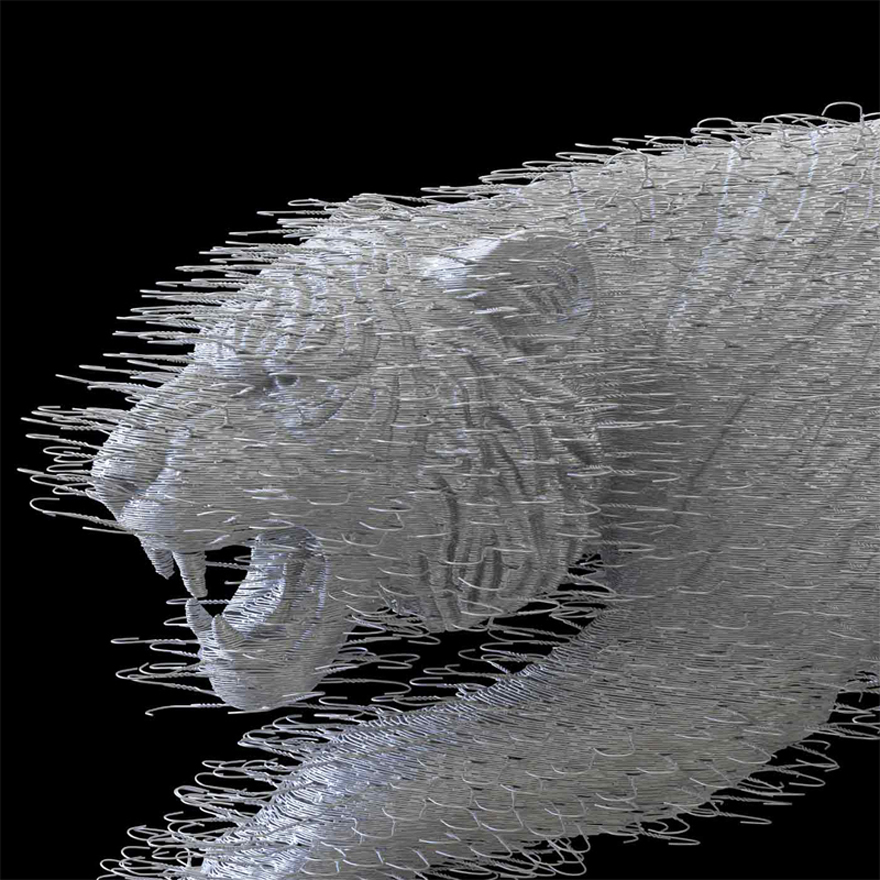 To render the solid outline of each sculpture, Mach wraps the hangers around a plastic mold of the form, which is subsequently coated in nickel. The overall effect is that the figures seem to be fighting their way fro static-y striations into a more solid state of being. 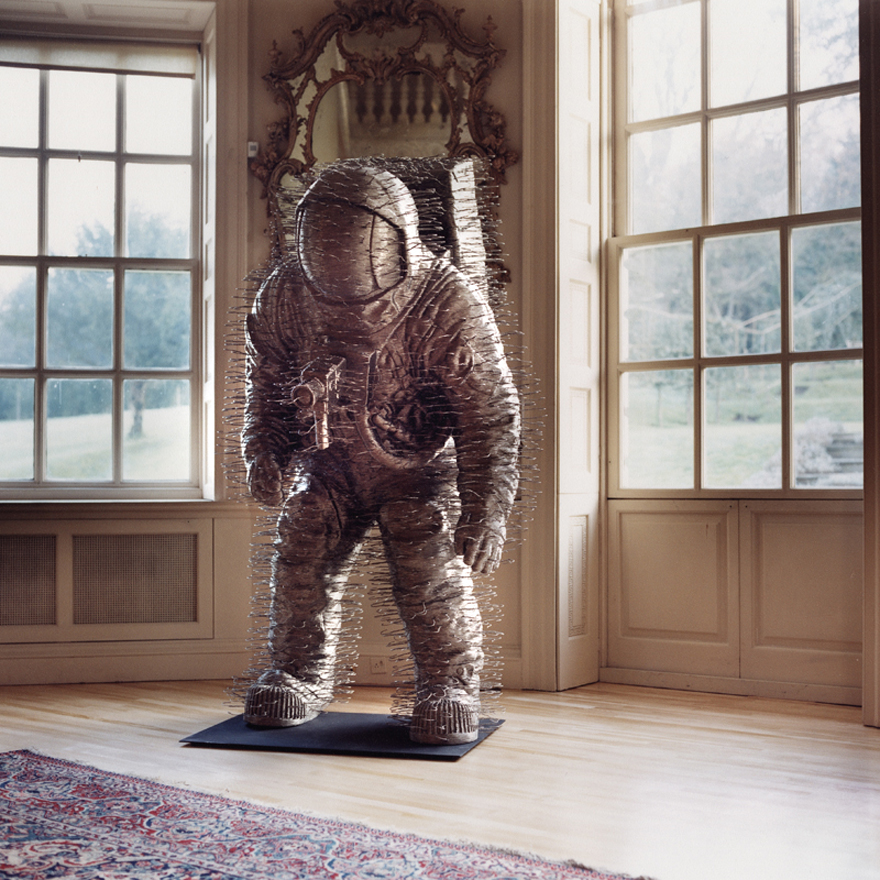 Between the hedgehog-like layer of defense and the chilling facial expressions, viewers are advised to keep their distance from the sculptures. Which is ok, considering there's always a line-up of perplexing details with his work, from the materials used to the overtly religious symbolism—which is most prevalent in his coat hanger . The artist's resume dates back to the early '80s and his website showcases his impressive oeuvre, including a rather pointed crucifixion sculpture, also crafted from coathangers.

According to his Facebook page, it looks like Mach is planning to design an installation made completely out of HP Sauce Glass bottles. The new project is based on one of his early works, "Thinking of England," also made up of empty HP Sauce bottles, some of which were filled with dye to form the image of a prone woman. According to a recent post, he's looking for London's unused bottles to be donated for his work. But he's not looking for a few discarded receptacles here and there—Mach is looking to source 2,000 empty glass bottles for his new installation to be shown at the Saatchi Gallery in London this November. Ambitious.

You can find more information on Mach and his work (and where to send any of your empty HP Sauce bottles) here.