Reversal of Fortune: IKEA Squashes Ikeahackers, then Puts the Kibosh on the Squash 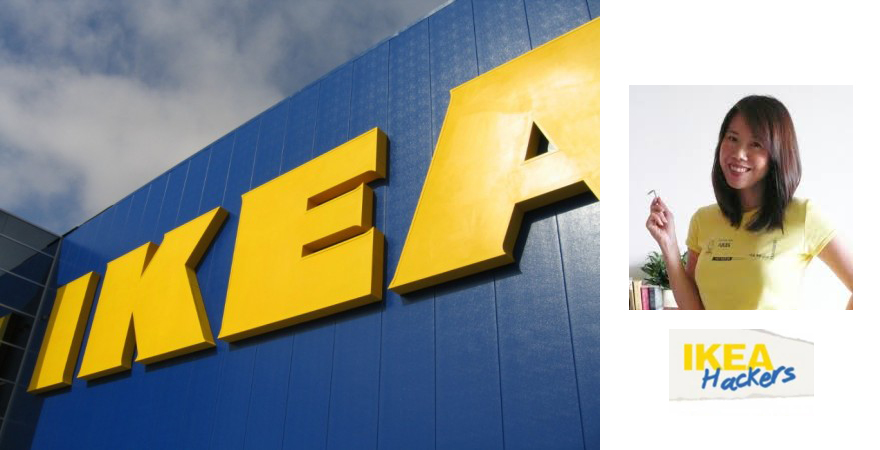 Last week, Jules Yap (above right), the founder of the IKEAHackers website, released a blog post with a worrying first sentence: "I am afraid I have a bit of bad news." Yap had been cease-and-desisted by IKEA, which took issue with the fact that Yap had been advertising on her site—a reasonable thing to do, I thought, as it cannot be cheap to maintain the site, and she is arguably helping to promote IKEA's products. But the furniture giant cried IP infringement, and as Yap explained, "I don't have deep enough pockets to fight a mammoth company in court. Needless to say, I am crushed."

The internet cried foul. Gizmodo called IKEA move "beyond boneheaded" and "a huge mistake." BoingBoing's Cory Doctorow pointed out that "IKEA C&D is, as a matter of law, steaming bullshit. There's no trademark violation here—the use of IKEA's name is purely factual. The fact that money changes hands on IKEAHackers (which IKEA lawyers seem most upset about) has no bearing on the trademark analysis."

And of course, commenters on Yap's blog offered support, including this one purportedly from an ex-IKEA employee:

I used to work at IKEA as a coworker—so I have a different perspective. I love Ikea AND your site. and without much research, you'll just have to trust my statement - your site HELPED developers and designers create new products, and not only that, the last catalog was nearly a tribute to YOUR BLOG! Telling us how we could use our creativity with their products to make our homes our own—isn't that what IH is all about? I also recall a page on their sight (sic) that encouraged creative use of their product. They should be paying you—and this should be your full time job. I seriously doubt the Container Store would be so quick to dismantle something that has reinvented the way the world looks at it's (sic) products.

But the support went well beyond Yap's blog. IKEAHacker fans apparently deluged IKEA with tweets, e-mails and entries on IKEA's contact page, and the company has relented. As Jules explained in an update from yesterday morning:

Inter IKEA Systems BV called me! You made a difference. Thank You! Fresh talks launched!

...And it could not have happened without your support. Every email, twit, comment and message that you have sent in support of IKEAhackers has led to this moment for us - that it is possible for fans to cause a ginormous corporation to rethink its actions. THANK YOU! I am very grateful, moved and humbled by your outstanding support over the last few days. I love you guys to bits.

So, [I was contacted by] Anders of Inter IKEA Systems BV...to express that IKEA would like to dialogue with me to find a new way forward. What does that mean? I don't know yet. But I am hopeful, though my guard is still up. From our conversation, I do not have to make any changes to IKEAhackers (including the ads) till we settle on an agreement.

Details of the new solution have yet to be hammered out, but it will hopefully be an improvement over last week's situation. It would be really silly, and bad for goodwill, for the company to shut down Yap, she being a true-blue IKEA supporter. "On the whole, I am so excited," she closed the update with, "I could pee in my FRAKTA pants."

Reversal of Fortune: IKEA Squashes Ikeahackers, then Puts the Kibosh on the Squash