While thoughts of surfing may evoke summertime and warm, sandy beaches, there also exists an entirely separate sect of surfers who brave sub-freezing temperatures to catch waves on frigid waters. "Cold-water surfing" has become the alternative for die-hard surfers who have moved to a cooler climate or who are looking to catch a wave on a less crowded shore. And the British company Finisterre has set itself the challenge of providing gear that serves these hardcore athletes—including, most recently, the world's first surf knife designed specifically for the brutal conditions of freezing waters.

The knife marks a new direction for Finisterre, which is looking to expand from clothing into tactical equipment. So it enlisted the help of the skilled knife-smiths at Joseph Rodgers and Sons, based in Sheffield, England. "This was a new product for them and they relished the challenge," says Ernest Capbert, Finisterre's marketing director. "After specializing in folding knives and cut-throat razors for centuries, it was a nice change for them to experiment with new ideas and create a new model of knife." 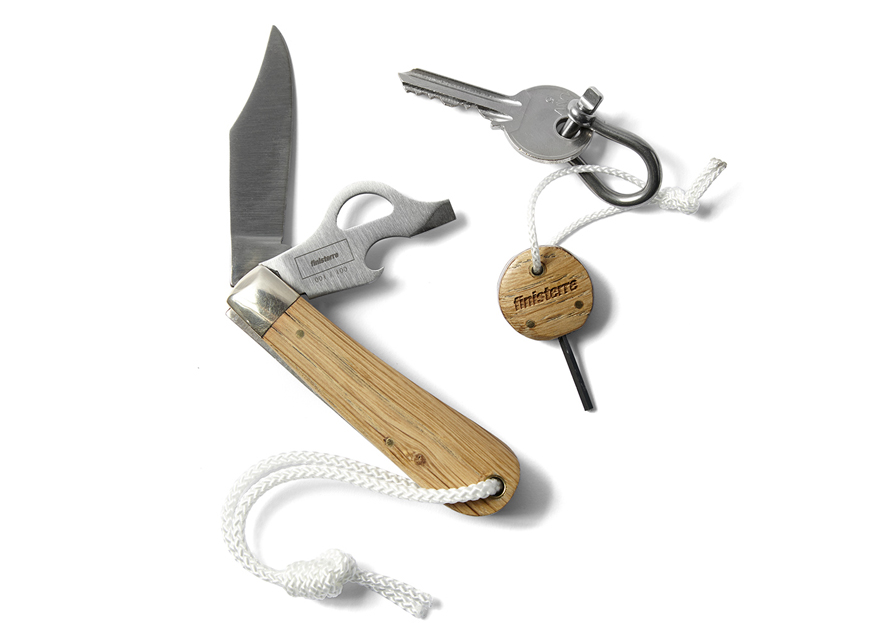 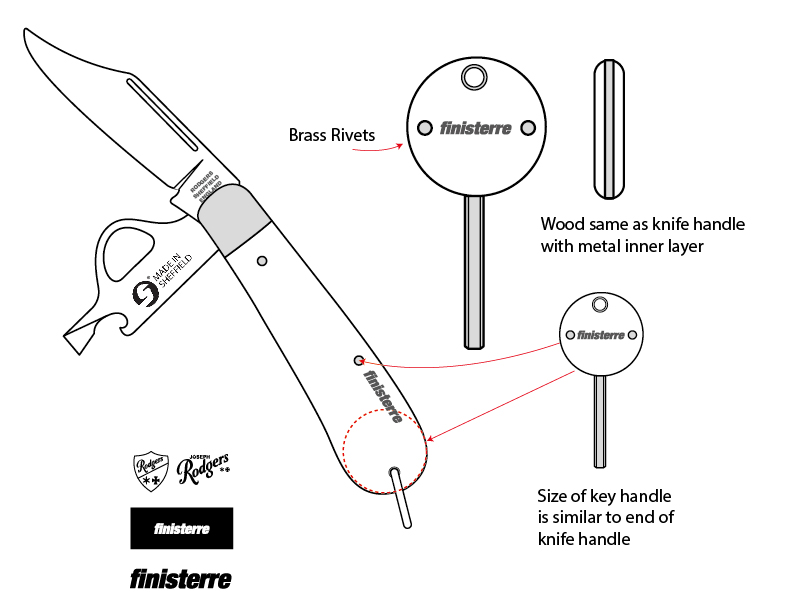 To make an effective cold-water surf knife, the two companies had to focus on the symptoms one experiences when confronted with stage-two hypothermia, such as muscle miscoordination, labored movements and contracted blood vessels, which make it hard to use tools quickly and accurately. The Finisterre design team drove across the country to work in-house with Joseph Rodgers and Sons for six months, sketching and ideating potential designs.

"Some of the earlier sketches featured saws, simple triple-blade editions, built-in fin keys, separate bottle- and tin-opener blades, a cork handle and various lanyard and clip styles," Capbert explains. "In the end, we opted for a two-blade knife—a simple multi-use blade and an additional blade that could handle a flat head, tin opener and bottle opener in one." The 3/32 hex fin key was removed from the main knife and an "easy pull" loop was added, making the blade more accessible in the harshest conditions.

The knife blade and fin key are made of 420S45 high-carbon stainless steel, hardened to 51-55 on the Rockwell scale. The decision to go with stainless steel was not an easy one. Carbon steel blades hold a very sharp edge, but are brittle and can rust and dull quickly, needing extra care and sharpening. While stainless isn't as hard and is more difficult to sharpen, it doesn't rust. For Finisterre, the 420S45 high carbon stainless struck the perfect balance. 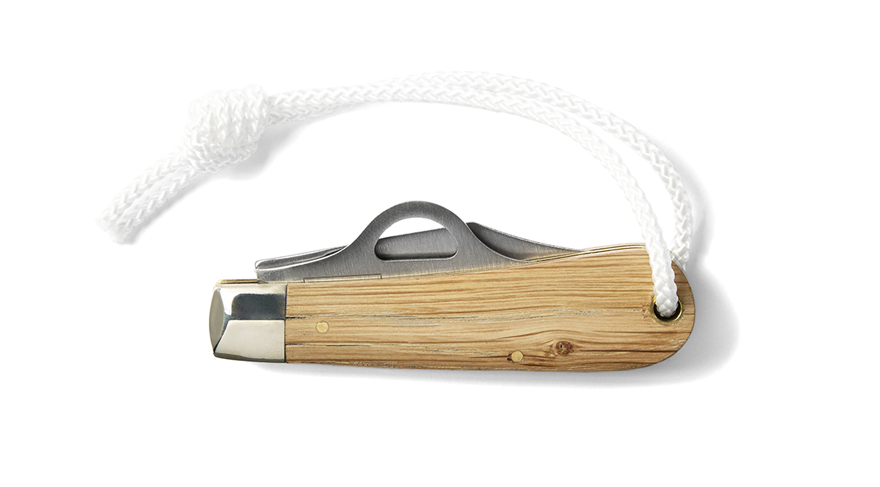 Joseph Rodgers and Sons supervised the knife manufacturing, a process that spans a few days for each knife. Each blade is first laser-cut, die-stamped and shaped by hand before the metal is cut and cleaned for assembly. The FSC-approved oak handle is loosely cut to form, then hand-riveted with brass. Next, each knife and fin key is sanded down and shaped by hand to match the original sample, and then there is additional extra-fine sanding and polishing. Finally, the knife is oiled and treated, and then placed in a template mold to be laser-marked and numbered.

But getting the manufacturing right was the easy part. "The main challenge was sticking to our brief," Capbert says. "Without a clear starting point we could have easily strayed into other areas. With such a lengthy process comes the ability to be influenced by other design ideas. We could have just as easily designed several knives all looking very different but each just as functional. A lot of these ideas have been held back for future designs."

Since this knife was a first for Finisterre, the company decided to make it in a limited-edition run of 100, which quickly sold out. Finisterre is now back in talks with Joseph Rodgers and Sons about extending the collaboration—and about letting the team re-explore some of the design ideas it had to set aside the first time. "Rather than simply remake it and exploit sales, we would much rather create a completely new version," Capbert says.