An Armored Armoire by Sebastian Errazuriz 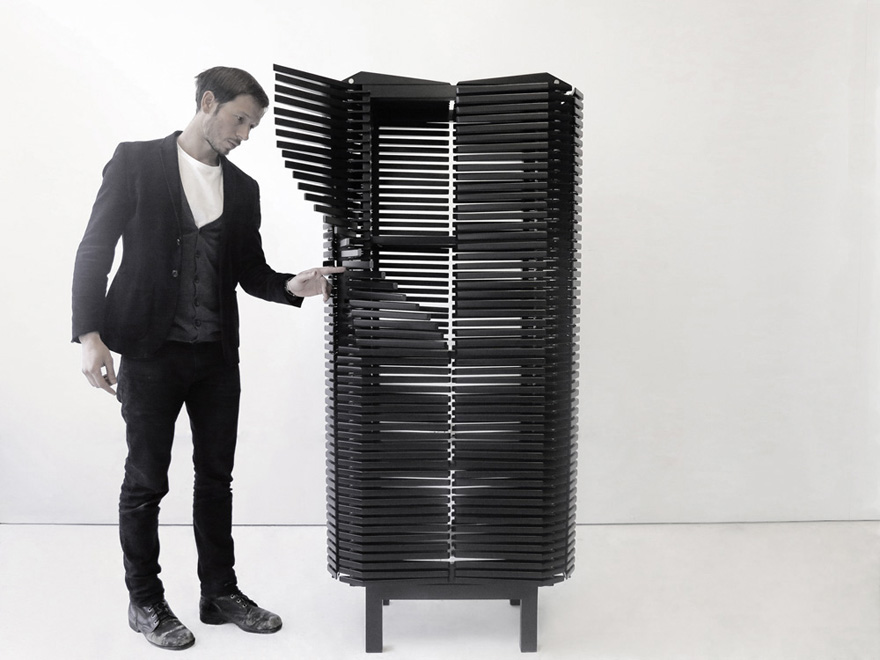 It might be called a cabinet, but anything you're displaying inside of it is going to be overshadowed by the furniture itself. I've long been a fan of Sebastian Errazuriz and his ability to turn his strong and sometimes controversial opinions into eye-catching works of design—in a good, "pushing the boundaries" kind of way (see here, here and here for examples). So it makes sense that he's subverting the very function of a display cabinet with his impressive articulating shelving unit. 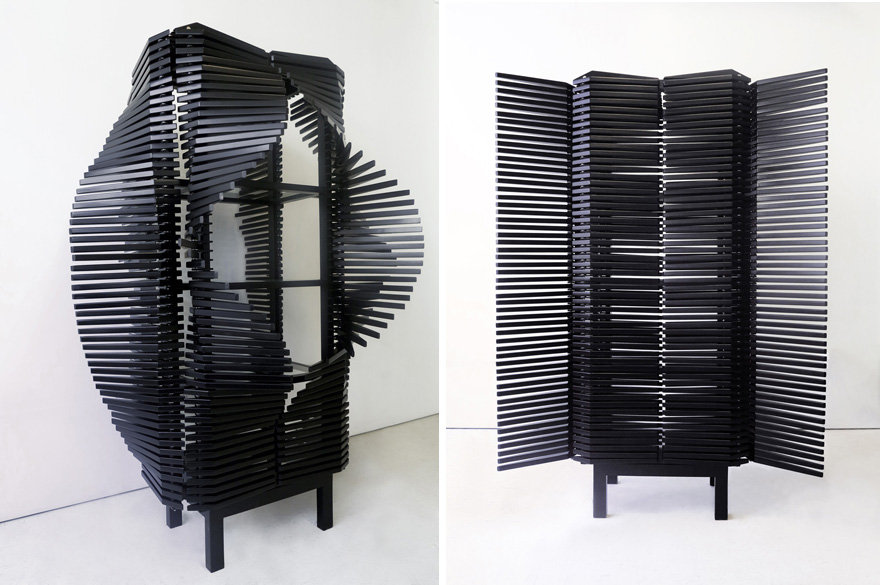 As with his "Porcupine Cabinet" from 2010 (a riff on his "Piano Shelf," which dates back to 1997), the Samurai Cabinet is made up of blade-like rotating wooden arms, inspired by the armor of its namesake. The length of each of the four legs serves as an axis for each tapered 'tooth,' some 40 in all, which can be individually adjusted to strikingly different visual effect. 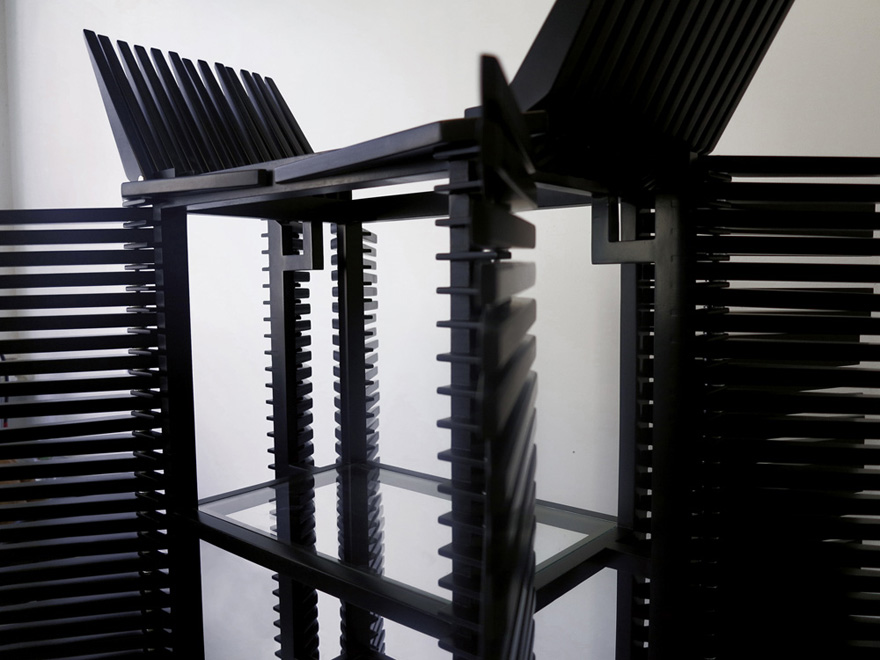 The arms jump to action with a simple slide of the finger, thanks to a counterbalanced pivot point on each of the planks—flip an entire side of wooden arms at once and your ears are in for a treat:

Errazuriz on its functionality: "The cabinet's sculptural presence reminds us of an armor spiked up ready to protect the valuable belongings its owner might decide to place in its interior." 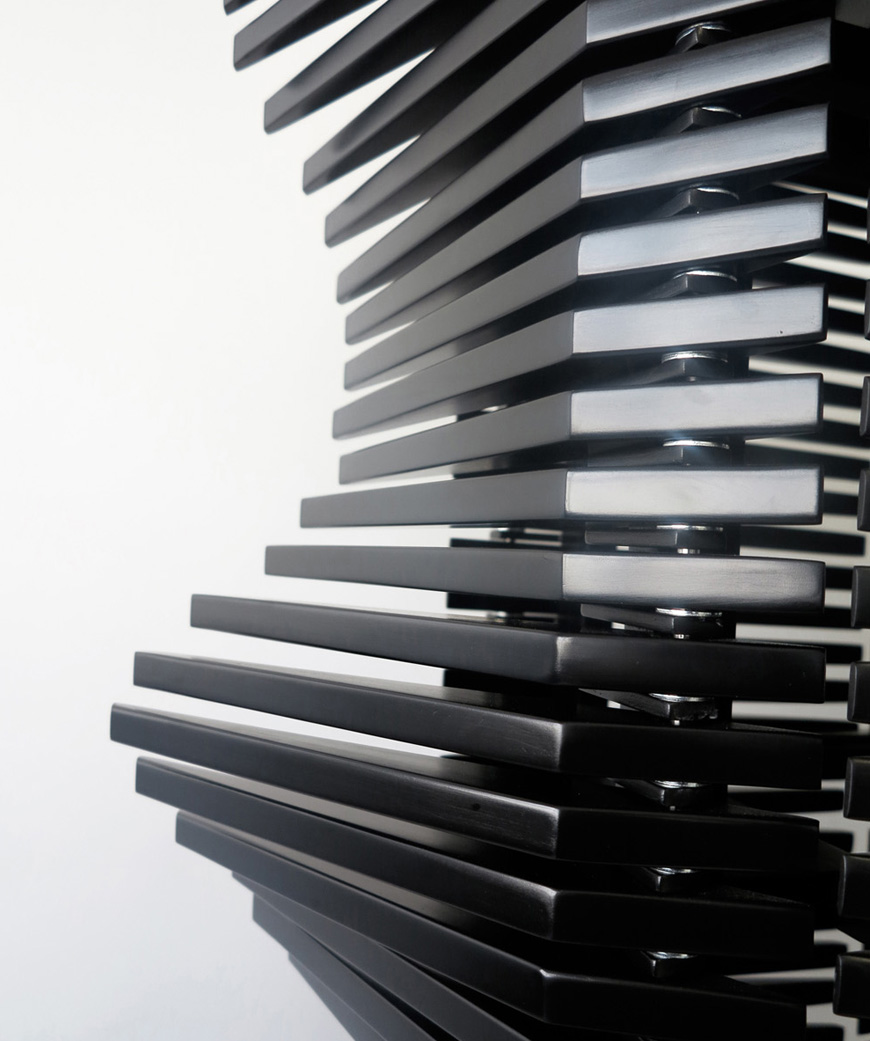 What say you, furniture fans—yay or nay? You can check out more of Errazuriz's work here.

An Armored Armoire by Sebastian Errazuriz