More Design Issues with Soap: How to Handle Raw Meat and Dispense Cleanly? 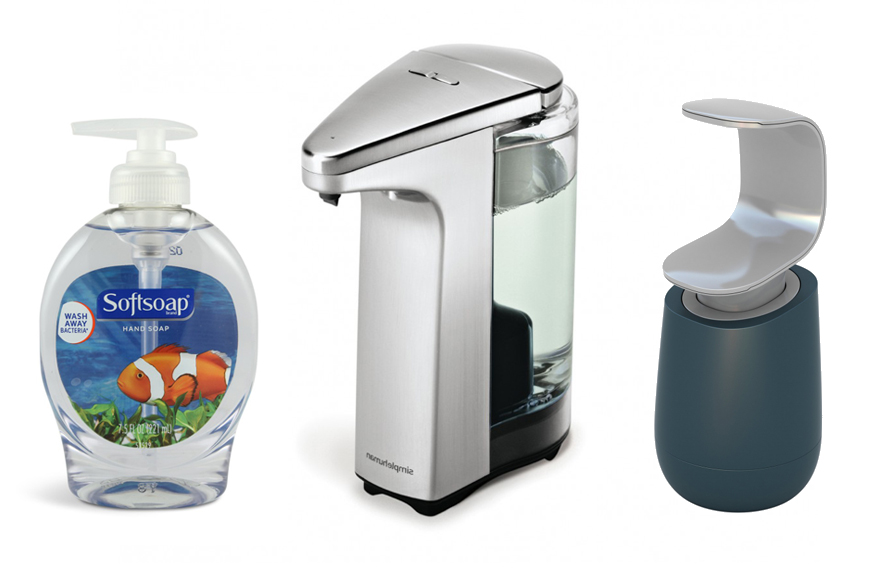 I've always bought my soap pump bottles from a company I used to work for, because I remember doing the renderings and CAD drawings for the dispenser head. As ID'ers, we don't get a lot of compensation or credit, so little, quiet ego boosts like this go a long way. But several years ago I started feeding my dogs raw meat, and because I was handling it so frequently, I realized the design of soap pump I'd worked on would no longer cut it.

When your hands are covered in raw meat juice that you're trying to wash off, obviously you don't want to touch the soap dispenser with them. I tried using my elbow in the beginning but it was unworkable. So I switched over to Simplehuman's touchless Sensor Pump—but it's turned out to be a pain in the ass. 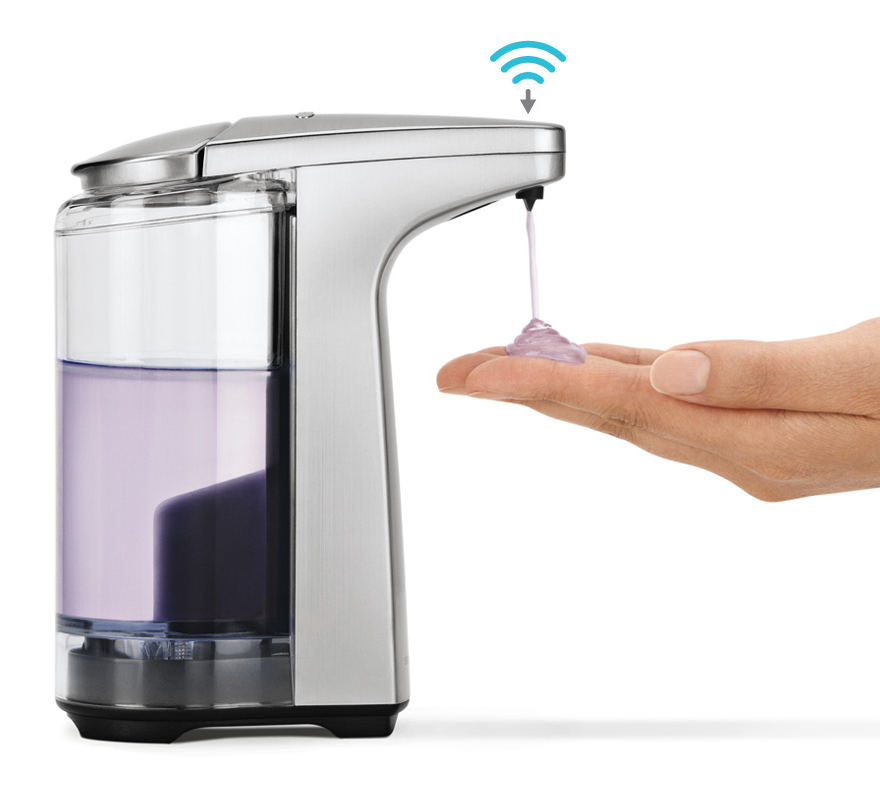 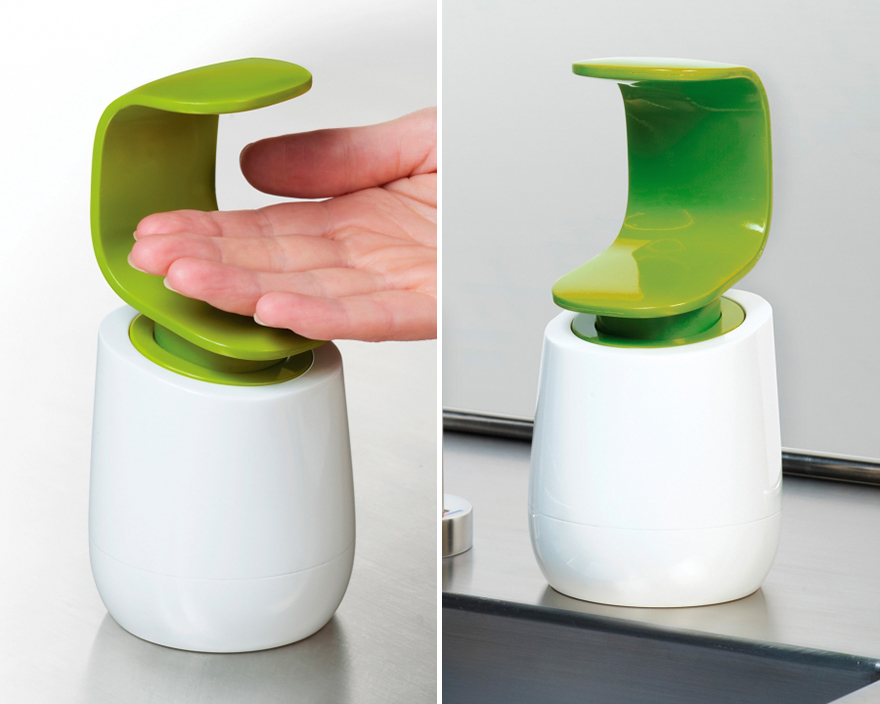 The large, unusual pump head design lets you use the back of your hand to dispense.

I'm not certain that's enough for me to avoid slathering meat juice onto the thing, but I'm thinking I might be able to depress it with the wrist of one hand while catching the soap with the other.

For those of you who handle a lot of raw meat, what kinds of dispensers do you use?

More Design Issues with Soap: How to Handle Raw Meat and Dispense Cleanly?