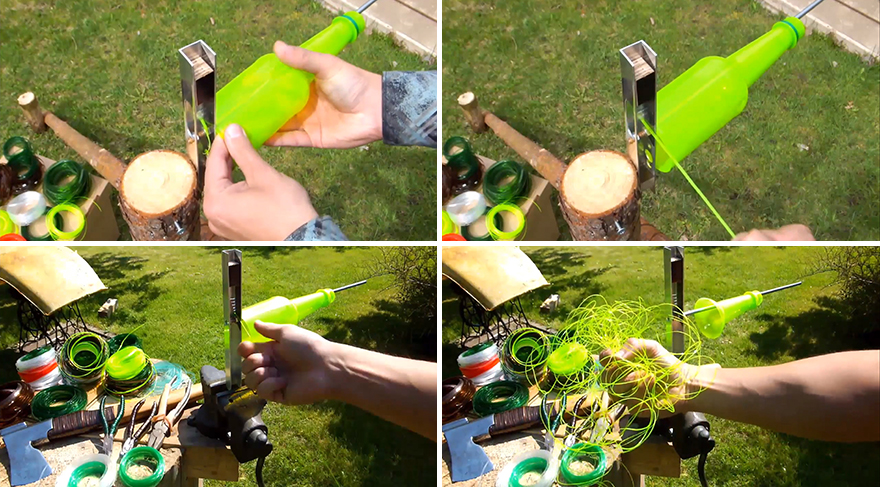 This is nuts. An inventive Russian YouTuber has figured out how to turn plastic bottles into string, using purely mechanical means. After "unraveling" a single bottle he's left with what appear to be several yards' worth of filament, which he then uses to bind things together. Hitting the resultant plastic twine with a heat gun causes it to partially melt and shrink, more or less fusing it into place. 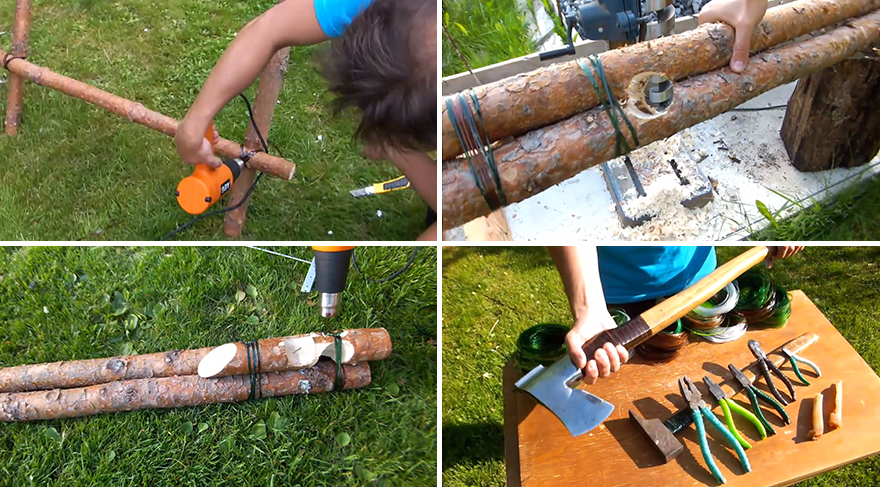 He's used the resultant string to lash logs together to build a primitive structure, and to bind logs together so that he can bore through several of them at once. And he's also created some nifty tool handle wraps. What I'm hoping will happen next is that others in less developed areas will watch his tutorial on how to build the tool, duplicate it, and come up with their own uses for the string. The electricity required to run a heat gun may not be available in these areas, but at the very least, they could probably come up with some creative uses for the unmelted string.