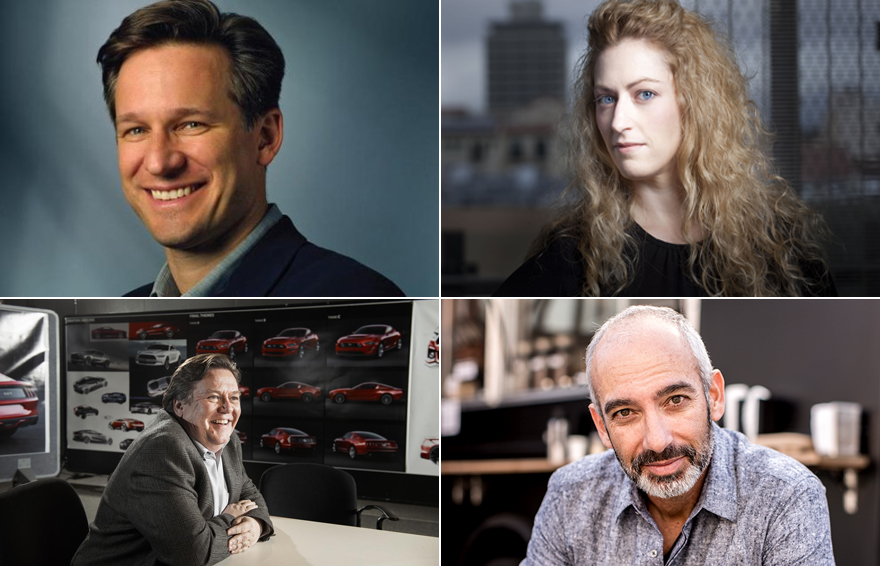 No afternoon is complete without a good dose of design inspiration. Ford Motor Company and IDSA have brought Robert Tercek (interactive content creator), Jane MacGonigal (game designer), Moray Callum (Ford's vice-president of design) and Gadi Amit (founder of NewDealDesign) together for a panel discussion as part of the Go Further with Ford Trend Conference. Topics include—but are not limited to, of course—how designers create unique and meaningful experiences for consumers and how to build lasting relationships between brands' products and customers. Catch a recording of the event above or on our very own Designing Innovation channel.

If you tweeted your own question using the hashtag #designinginnovation, make sure to listen in and see if your query made it on-stage for the live panel discussion. You can check out the hashtag online to see what viewers had to say about the discussion. If you didn't catch the first panel in the "Designing Innovation" series, check it out here.

If you're looking for a little more background on the people on stage, read on:

Tercek is one of the world's most prolific creators of interactive content. He has created breakthrough entertainment experiences on every digital platform, including satellite television, game consoles, broadband Internet, interactive television and mobile networks. In 2009, Tercek was named one of the "25 Executives to Watch" by Digital Media Wire. Variety named him one of the "Digital Dozen" most influential players in new media. The Industry Standard dubbed him a "TV Anarchist." Tercek has served in executive leadership roles at major media companies, most recently as president, Digital Media at OWN: The Oprah Winfrey Network; senior vice president, Digital Media at Sony Pictures Entertainment; and as creative director at MTV.

McGonigal has created games for the World Bank, the Olympic Games, the American Heart Association and New York Public Library. Her book, "Reality Is Broken: How Games Make Us Better and How They Can Change the World," is a New York Times bestseller. McGonigal makes the case that the gamer spirit—an attitude of fun, dedicated, collective problem solving—is our greatest asset as we face the social, economic and environmental problems of today. Her best-known project is SuperBetter, a mobile app and Web-based game that helps individuals address personal health challenges including depression, anxiety, chronic pain and stress reduction and get support from their real-life friends and family.

Callum leads the design of all concept and production vehicles for the Ford and Lincoln brands globally. He has held the position since Jan. 1, 2014, reporting to Raj Nair, group vice president, Global Product Development. Beginning in 2006, as executive director of Design for The Americas, Callum had overall responsibility for the design of all cars and trucks created in Ford's North America and South America studios, as well as all Lincoln products. His successes include the new Ford Fusion, Explorer, Mustang, EcoSport and Lincoln MKZ. From 2001 to 2006, Callum led the design transformation for Mazda. Based in Japan, he brought to life a new generation of Mazda vehicles, including the iconic MX-5 sports car and CX-7 crossover, along with the spirited Mazda2, Mazda3, Mazda5 and Mazda6 lines. He has designed key North American products like the 2000 Ford Taurus and last-generation Ford Super Duty.

Amit is responsible for some of the most innovative and lasting technology devices created over the last decade. The creative lead and founder of NewDealDesign, Amit was honored with the 2013 National Design Award for his commitment to crafting delightful and workable solutions for real people. His projects include the Fitbit line of wearable devices, the Ara Modular phone, the Lytro Light Field Camera, Sproutling and Whistle. Working from the inside out, Amit blends the practical with the magical to disrupt markets for global brands and turn startups into success stories. He was named one of the "1000 Most Creative People" by Fast Company Magazine in 2014 and a "Master of Design" in 2010. Amit and his team have earned more than 100 design awards.