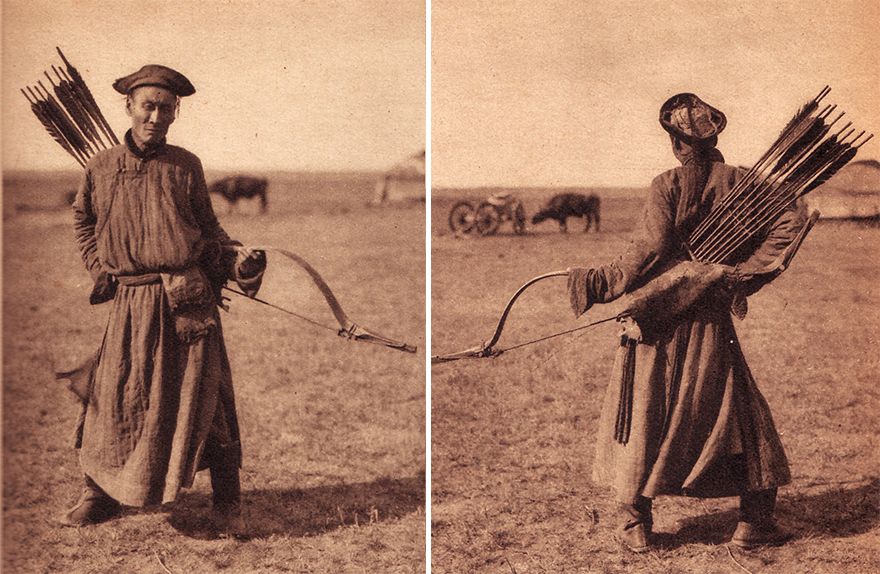 The hard part about killing people is that sometimes they kill you back. (Just ask Prince Oberyn.) So at some point, some primitive pugilist concluded it would be better if one was not within arm's reach of the person one was trying to kill.

One way you can do this is to kill your opponent with kindness. But this can take an unsatisfyingly long time. A more immediate way to kill someone from afar is with a ranged weapon.

Spears and slings were relatively simple to make, but no civilization could gain an enduring military advantage with such basic and duplicable weapons. The earliest example of an object that required both design and manufacturing know-how, and which led to a tremendously decisive advantage, was probably the 13th Century Mongol bow. 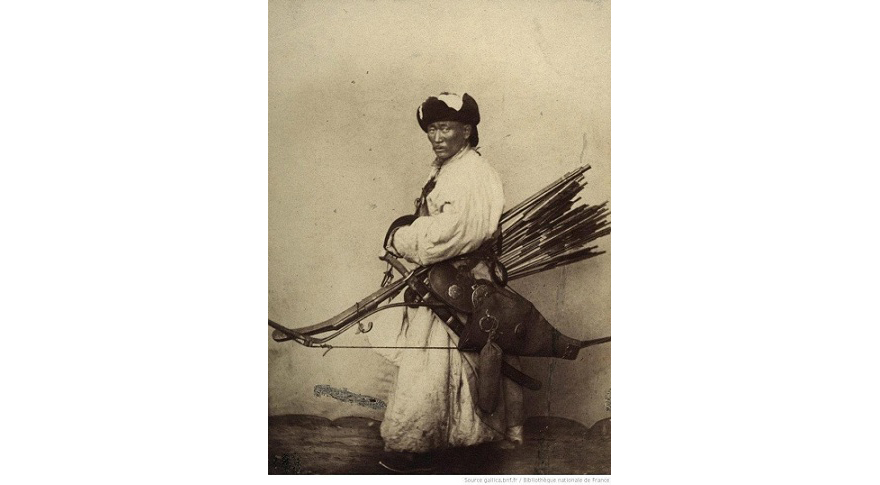 Bows and arrows have been around for tens of thousands of years—depending on who you listen to, we may have had them 64,000 freaking years ago—but the Mongol bow was a standout. First off, it was made out of something like the carbon fiber of that era, a complicated-to-make sandwich of horn, wood or bamboo, and strands of animal sinew all laminated together with animal glue. The horn provided the rigidity, the wood or bamboo provided the flex, and the elastic sinew laminated to the wood helped store potential energy as the string was drawn.

The traditional problem with composite bows was that they tended to delaminate when wet, as water dissolved the animal glue holding them together. Since the Mongols didn't like the idea that they would have to surrender if it was raining out, and throwing arrows by hand didn't seem terribly practical, they either developed or stole the technology to produce a waterproof lacquer. By coating their bows with this stuff, they effectively made them all-weather. And the results were simply devastating.That's because a composite bow can store much greater potential energy than a monomaterial "self" bow, and what the Mongols had created was absurdly powerful. According to military historian Bevin Alexander's "How Great Generals Win:"

The Mongol bow...possessed a pull of 100 to 160 pounds, compared to about 75 pounds for the English longbow, which was made of a single material, yew wood. While the longbow--which did not achieve fame until over a century later at Crecy in France--had a range of 250 yards, the Mongol bow could shoot 350 yards and with greater velocity.

According to Alexander, the Mongols also used a bodkin point on their arrows, meaning the tips were square in cross-section--essentially spikes rather than leaf-shaped broadheads: 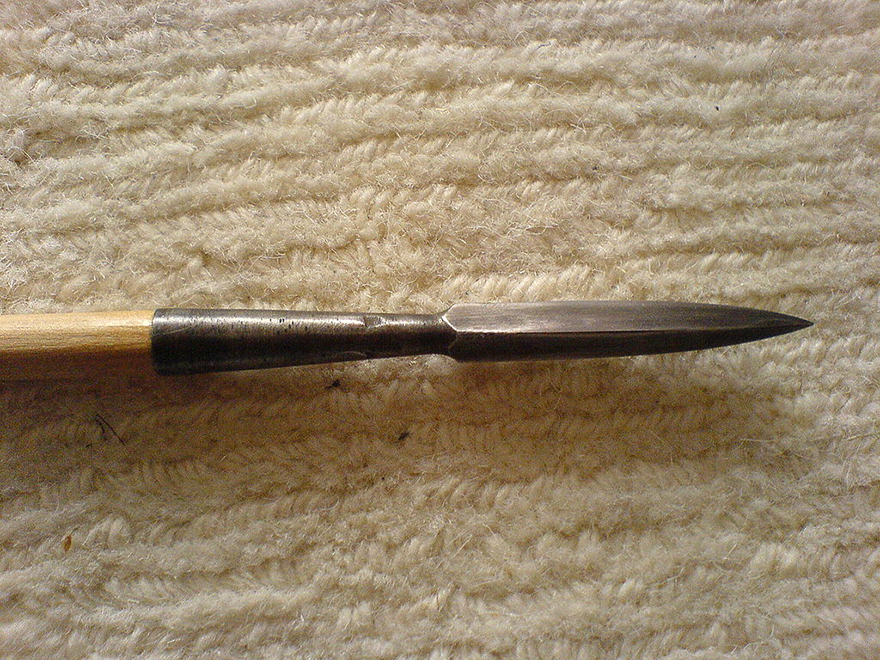 However, the National Museum of Mongolia has in their collection this variant on the broadhead arrow tip: 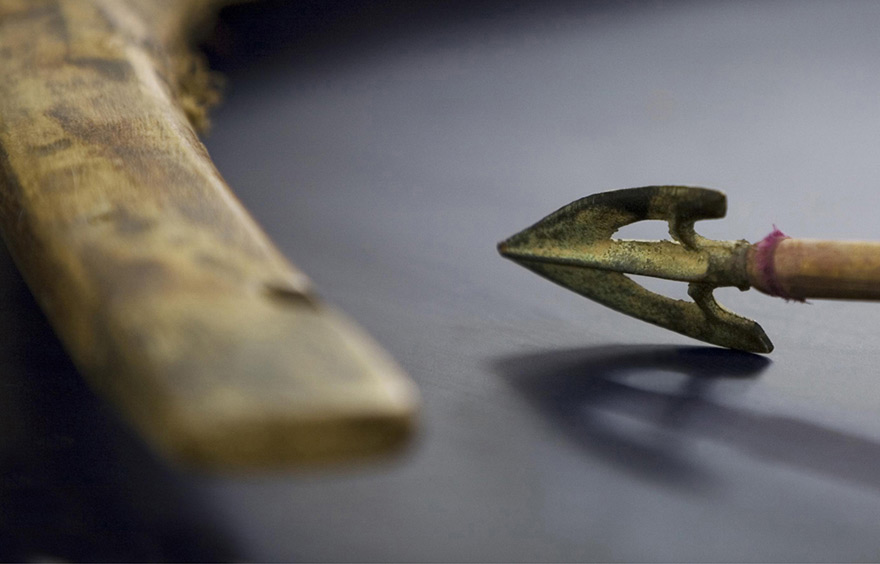 Whichever type of tip they used--perhaps both--what's not in doubt is that coupled with the greater velocity their bows could generate, their arrows were armor-piercing, able to "penetrate any armor," according to Alexander. Their weapon was literally unstoppable, and no opposing force had an answer for it.

The real clincher for the Mongols was that they wielded this weapon from horseback, and drilled routines very similar to American football plays on a massive scale. In combat with an opposing army, this combination allowed them to conquer and amass, in under a century, the largest contiguous land empire in all of human history.