Landlocked? These Interpretations of Ocean Waves Rival the Real Deal 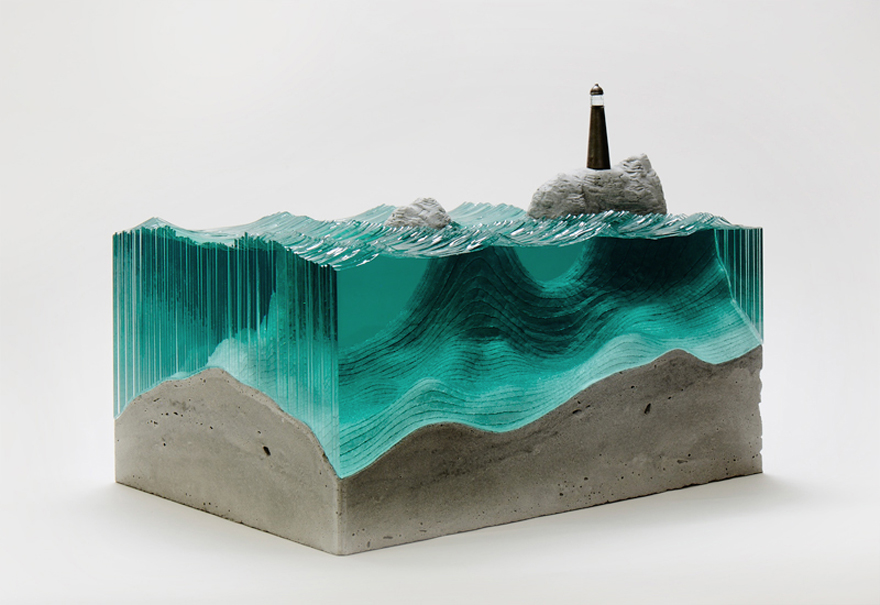 It's unfortunate that we can't all take in the swirling blues and greens of the large bodies of water that make up 70 percent of the Earth's surface in person—by scientists' best estimates, we've explored less than five percent of the depths. Yet the azure expanse has long been a source of inspiration for artists and designers, and Ben Young's handmade glass sculptures capture the essence of the seas with the "frozen in time/space" feel of Umberto Boccioni's "Unique Forms of Continuity in Space." The almost childlike simplicity of his work belies the painstaking process behind the evocative three-dimensional illustrations. 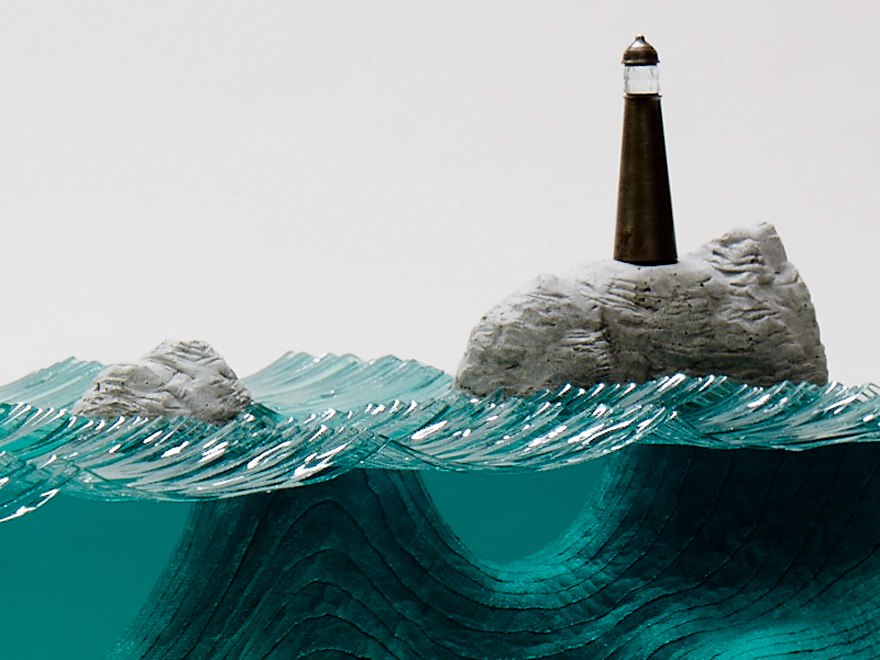 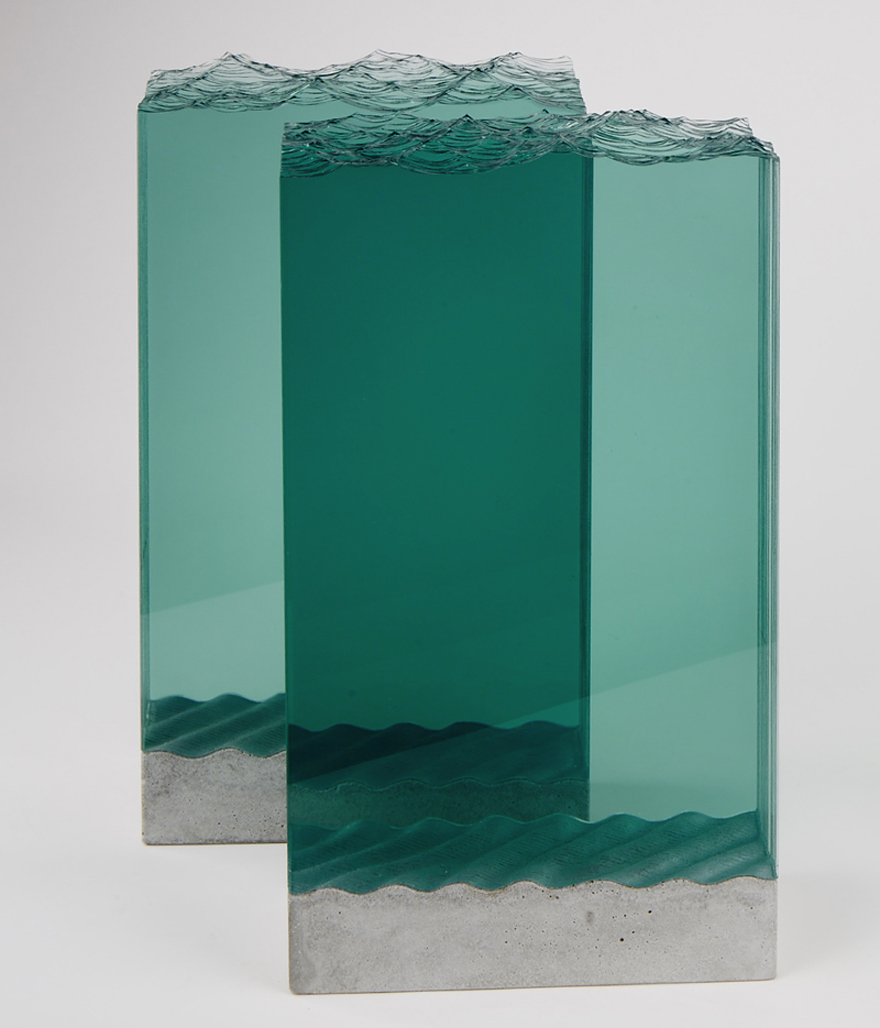 The work ranges from a seashore scene featuring a lighthouse and water-bashed rock formations to more abstract wave columns pitted with airy chasms. The attention-grabbing sculptures are all the more impressive because the Sydney-based designer crafts them entirely by hand. In a world where each week brings a new 3D-printed whattchamacallit to the novelty-hungry blogosphere, it's refreshing to discover something that boasts the precision of today's technology but is actually made by hand. Looking at the glass-cut waves, it's easy to assume that the intricate peaks and troughs come alive with help from modern tech, but Young assures us that it's all done with a few glass-cutting tools and a whole lot of mind power. "There's not a computer or machine involved in the whole process," he says. 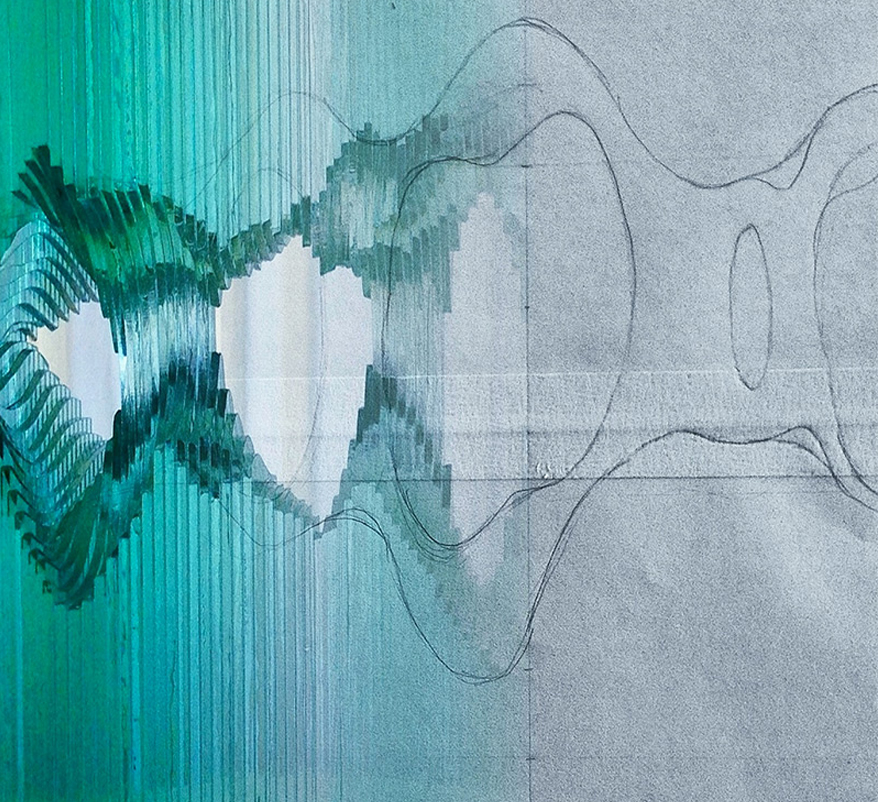 Check out this video to hear Young talk about his creative process (it includes a lot of surfing and skateboarding—which might explain his intimate grasp on nature's curves):

Young's work pulls together an intriguing combination of construction methods—both subtractive in cutting the glass down into more manageable, shapely slices and additive in layering them on top of each other. As smooth as the finished glass edges are, I'd be willing to bet that Young's sculptures are every bit as alluring in person as the mysteries of the briny blue, which—like Young's sculptures—modern technology has yet to touch. 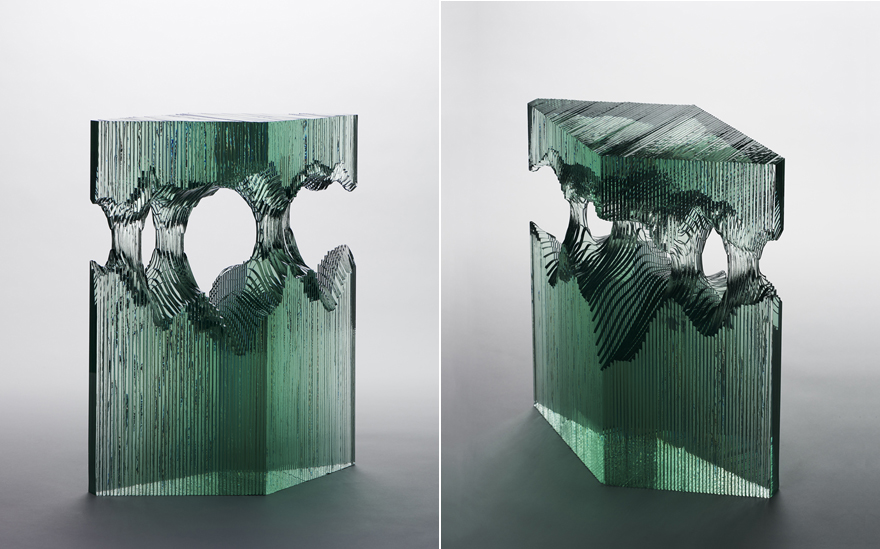 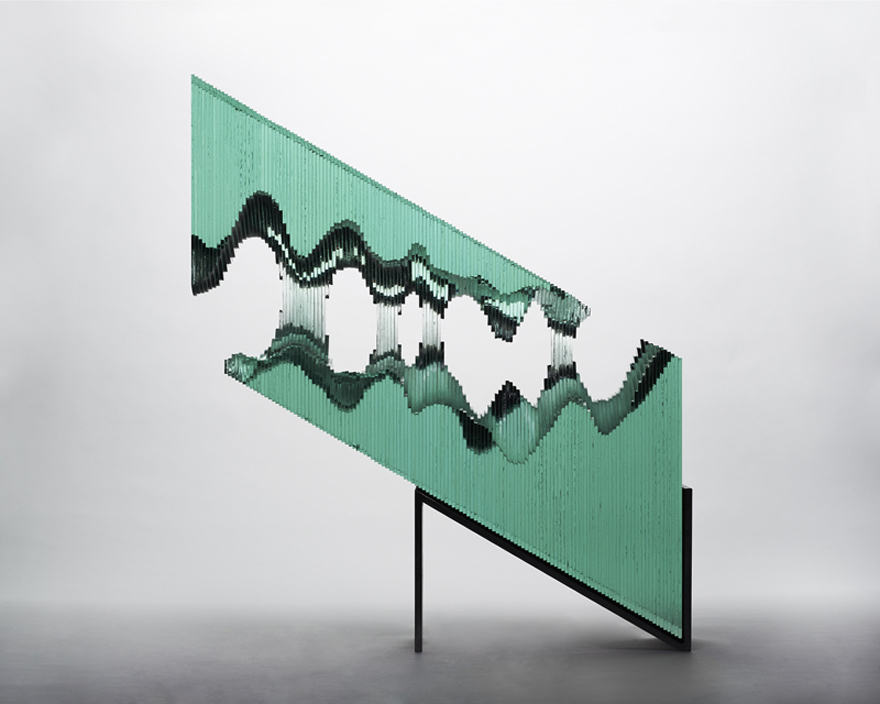 See also: Below the Boat Puts the 'Laser Cut' in Lacustrine