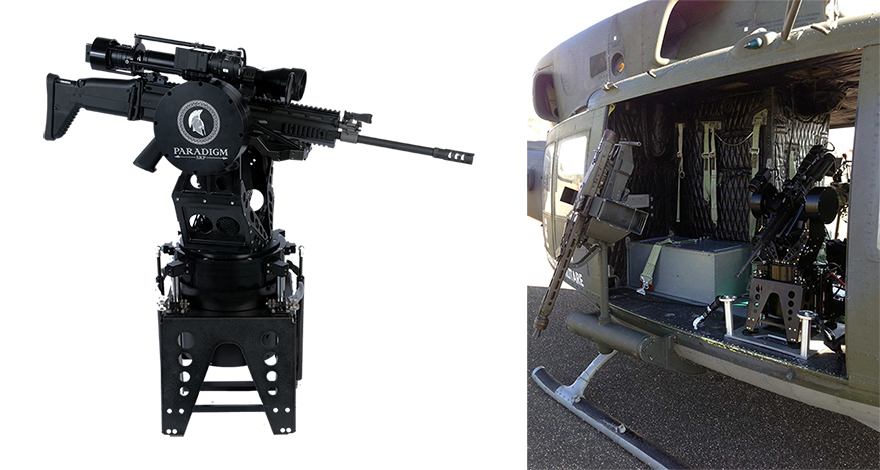 As we saw in an earlier post, part of what made the Mongols so militarily successful is that they had an unstoppable weapon that they learned to fire from horseback, providing both mobility and firepower. This is remarkable becase a galloping horse is not the most stable platform to aim and fire from. A modern-day sniper, for example, would ideally be laid up in a stable perch.

But modern-day situations do not always allow for stable firing positions. Think of the Captain Philips incident, for instance, where the Captain's captors were dispatched by Navy SEAL snipers operating from the deck of a rolling ship.

Now a company called Paradigm SRP is seeking to reconcile the deadliness of sniper fire with the jouncing that comes with riding around in a helicopter, Humvee or boat. And interestingly, whereas civilian technologies often borrow from military technologies, this time it's the other way 'round: To design their product, Paradigm looked to the film industry's expertise in gyro-stabilized cameras.

Their resultant Talon Gyro-Stabilized Marksman Platform/Universal Weapons Mount is like a Steadicam loaded with death. Gyro stabilizers keep the weapon steady, while onboard cameras feed live footage back to the operator, who's holding a monitor--and has access to the remote trigger.

Cityboy that I am, I find guns terrifying, and watching this thing operate kind of scares the crap out of me:

Here's a closer look at the system, with a demo of its stability feature, as revealed at a trade show:

"Recently, a Texas law enforcement agency may have set a world record for precision marksmanship from a hovering helicopter," the company writes. "Using our TALON platform, the marksman was able to hit a 12-inch by 6-inch steel plate six times out of six attempts, at an unheard of distance of 688 yards while hovering 200 feet above ground."

And if you think this thing is nuts, wait'll you see the next post.