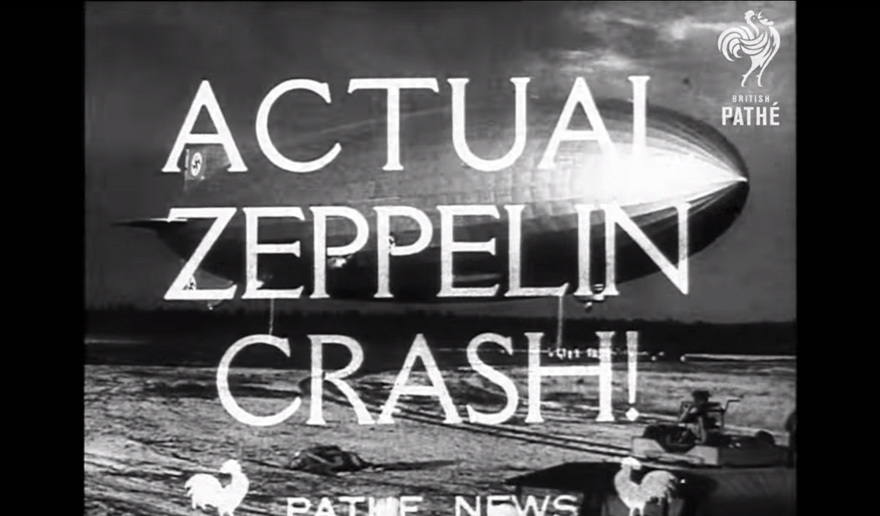 For those of us with an unambiguous interest in The Past, the archives of British Pathe are nigh on gold. The century old company has its roots in the development of both motion film and the newsreel, and had stake in news and film from 1896 through the 1970s. As a result they've been there to cover some of the most crucial, terrifying and inspiring historical moments of the 20th century. Their archive is entirely digitized and available online, most notably on YouTube, where you can browse over 85,000 of their original film segments for free. Most also feature original commentary, clarifying and historically situating moments many of us have only heard about. Titanic footage? Nazi rally? Fatal suffragette political demonstrations? Early Schwarzenegger show reels? They've got it all.

While the vast majority of footage features newsworthy social or political subjects, matters of culture and humor are certainly included too. As counterbalance to the playlist of Days That Shook the World, consider perhaps 20th Century Hair, or The World Cup. For video art dabblers, history wonks, and folks who enjoy feeling like they were born at a better (or worse) time in history, this is an especially good rabbit hole.

As an introduction to the breadth and specificity of their archive, here are a few choice samples of technological inventions British Pathe found it worthwhile to cover.

Finally, a mechanical solution for the fragile egos of men.

I don't know why it took so long for engineers to adapt the bathtub's hot air balloon capabilities.

If the previous bathtub innovation flew too close to the sun, by 1960 they'd dialed in what people really needed from their bathing experience: make it motorable.

"One step closer to a submarine which climbs trees!"

What would a technology roundup be without considering the underdog? DIY vehicles were covered too, including what looks like a inflated sand worm, waterskiing helicopter, and an even groovier hover scooter.

I feel so informed!