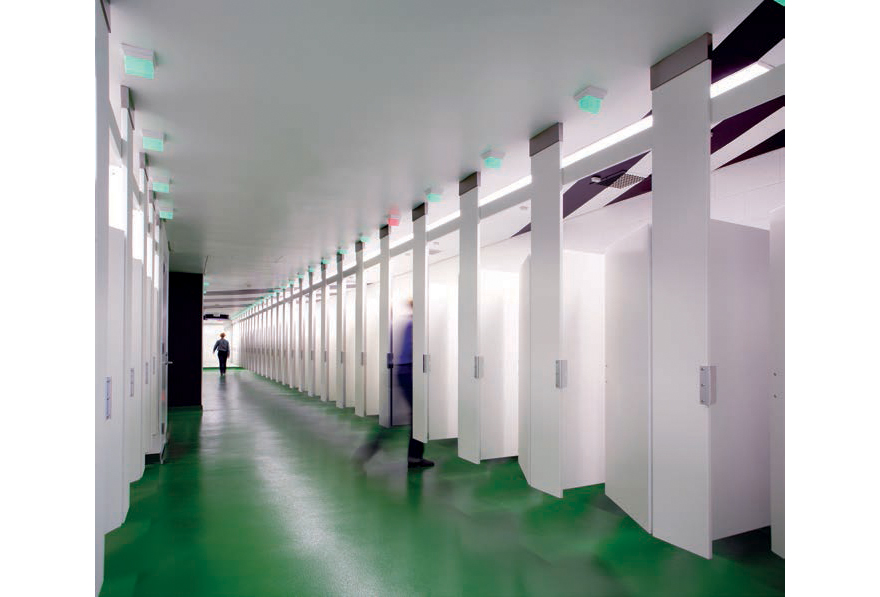 I never thought anything could be done to speed up bathroom lines. But a company called Tooshlights is claiming that their product can speed the process of getting people into stalls by up to 50%. The product, an overhead light that turns either red or green, does not cause one to pee or poop faster, but simply lets those waiting know when a stall is available.

"Currently, over 66% of the time there are vacant stalls in public restrooms that guests are not aware of," the company claims. "Patrons would have to look under the door, peek through the cracks or even trying opening the door just to see if it was in use or not." (When in doubt, I prefer to just kick the door in and apologize if it turns out to be occupied, but to each his own.) 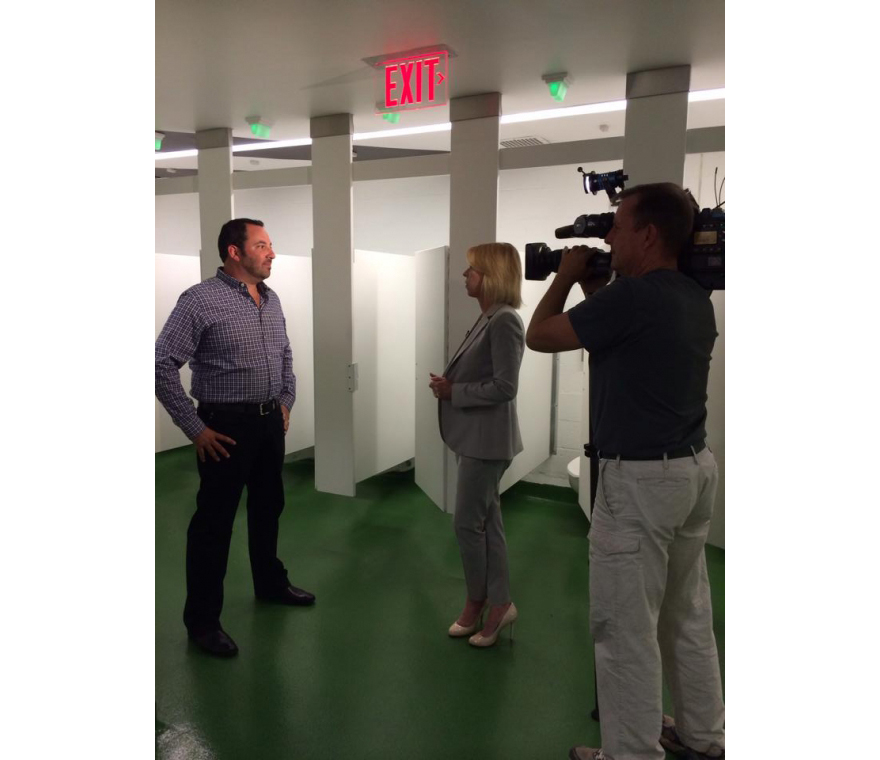 "Can you describe what just happened in there? Take us through the second half: What was going through your head?"

"Can you describe what just happened in there? Take us through the second half: What was going through your head?"

What's not clear is how the sensor works. If a stall is empty but the door is closed, will that provide a false positive? Toilet sensors frequently misfire, and I wonder if Tooshlights can be similarly inaccurate.One neat trick the company is working on is getting the individual toilet lights networked. The goal is to provide venue-goers with the ability to call up where the nearest available toilets are on their smartphones. This would not necessitate end users download an app, but rather, would be web-based.

Something else I'd like to see is a little more variety with the lighting schemes. Red for "Occupied" and Green for "Vacant" is fine, but I'd suggest a few additional colors and messages that those in the stall could choose to display as a courtesy to others:

Blue: "I am having a hell of a time of it in here, and I'm not coming out anytime soon"

Yellow: "Wait for this stall if you can, the grafitti in here is pretty funny"

Purple: "I cannot get this non-perforated toilet paper to cleanly separate, so the beginning of the roll is a bit of a ragged mess that you will have to reach up into the dispenser to locate, my apologies"

Orange: "That noise you just heard was not me, it was the person in the next stall"

As for who's going to pay for the Tooshlights system, the company is targeting venue owners, not end users. The thinking is that the Tooshlights will pay for themselves in added visitor purchases, as less time in the can means more time buying cans at concession stands.