Gerry Judah's Large-Scale Installations for the Goodwood Festival of Speed: Like a World Expo for Motorsport 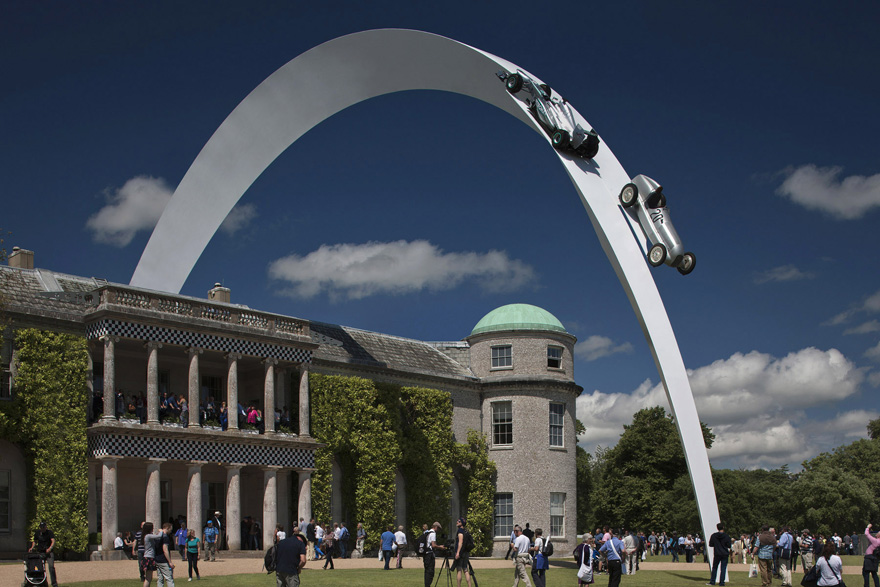 The automobile industry may be on the cusp of a radical shift as a generation of would-be car owners opt for the comfort and convenience of car- and bike-share-enabled cities, but motorsport remains a source of inspiration and delight. Artist and designer Gerry Judah may well have one of the sweetest gigs in the industry—besides, of course, designing performance vehicles themselves—the Calcutta-born, London-based artist and designer has created bespoke large-scale installations for the Goodwood Festival of Speed for the past decade and a half. 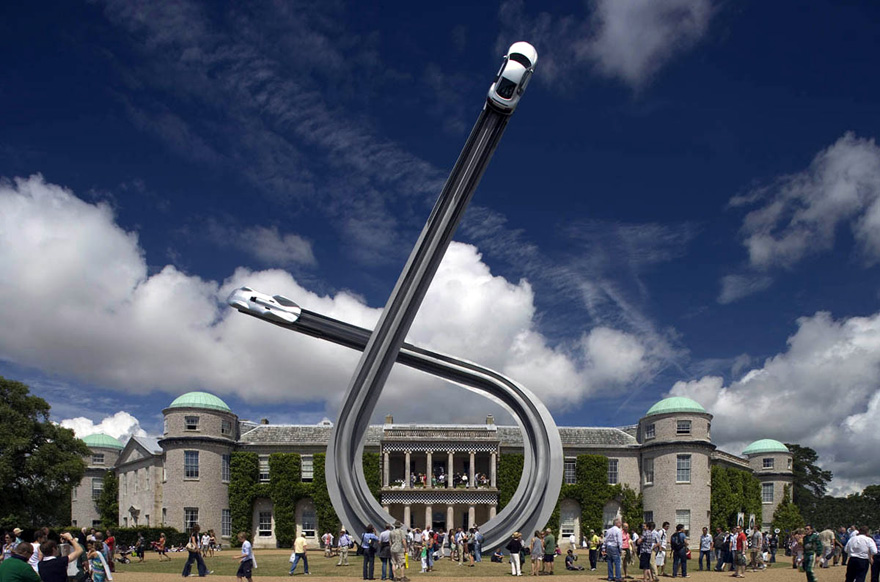 Founded in 1993, the FOS is an annual three-day festival that focuses on a hill climb on the grounds of the Goodwood House in West Sussex, England. The 2014 event took place this past weekend, from June 26–29, when the historic estate once again hosted a sold-out crowd of 150,000 attendees; Judah's monuments, which showcase racecars of a selected automaker, have been a veritable centerpiece of the Festival of Speed since 1997. According to Judah:

Way back in the eighties, in order to supplement my sculptures, I used to build sets for many photographers. One of them was Charles Settrington who later became the Earl of March [who resides in Goodwood andd founded the event]. Many years later in 1997, he approached me to build a triumphal arch to suspend a Ferrari F1 car as a central display at the Goodwood Festival of Speed. From then on, we established a good working relationship based on challenge and trust which has led to where we are now. 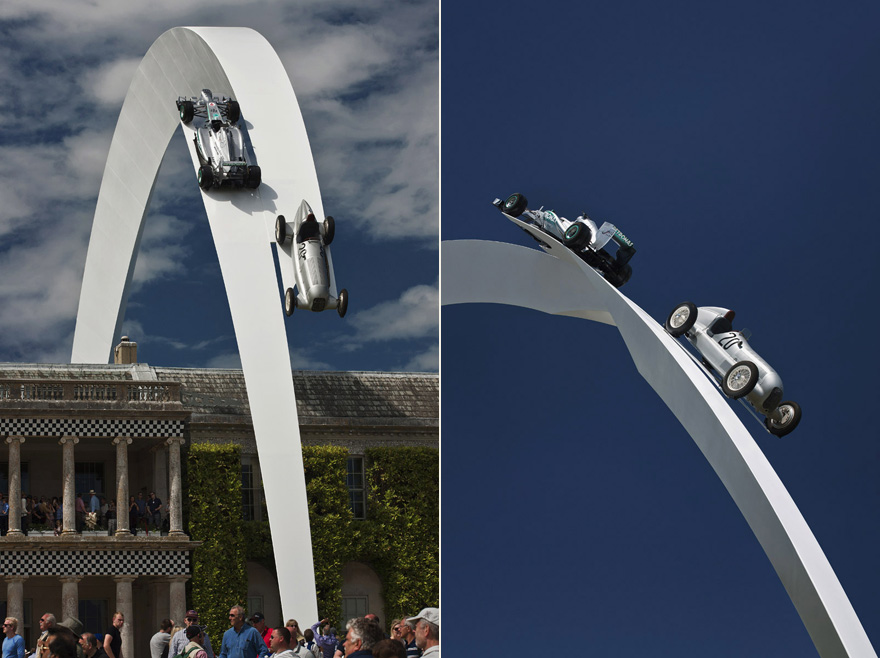 Mercedes-Benz is the featured marque this time around, joining Porsche, Audi, Jaguar and Renault as two-time honorees; previous editions have also featured the likes of Ferrari, Rolls-Royce, Alfa Romeo, etc. The arch traces the paths of two speedsters—a and the late-model F1 W04—as they travel in opposite directions, the late-model F1 W04 ascending from front lawn as a 1934 Mercedes-Benz W25 begins its descent from the apex of a stylized contrail rising from behind the house. Engineered by Capita and fabricated by Littlehampton Welding, the 90-meter-long,160-ton parabola is an extruded triangular volume that neatly tapers at the ends. Here's the making-of video, as well as a few glamour shots of past installations: 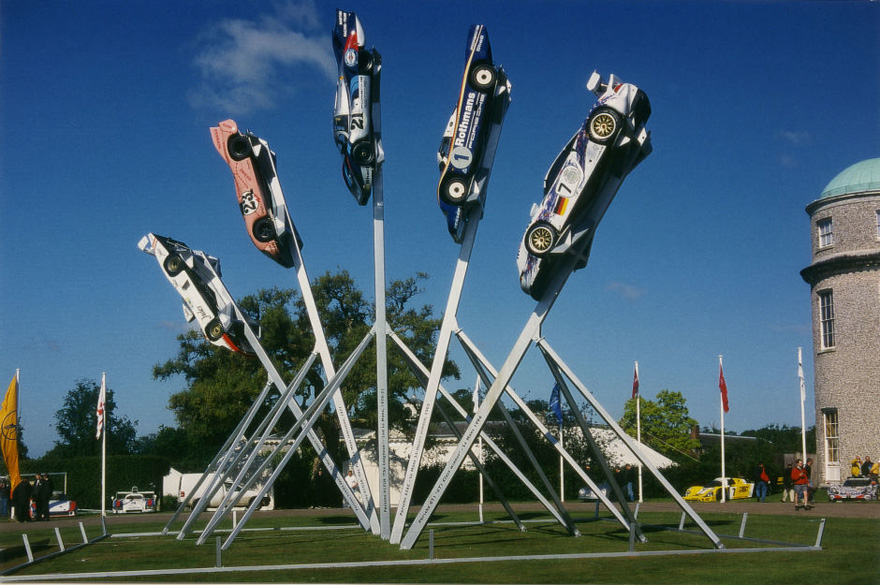 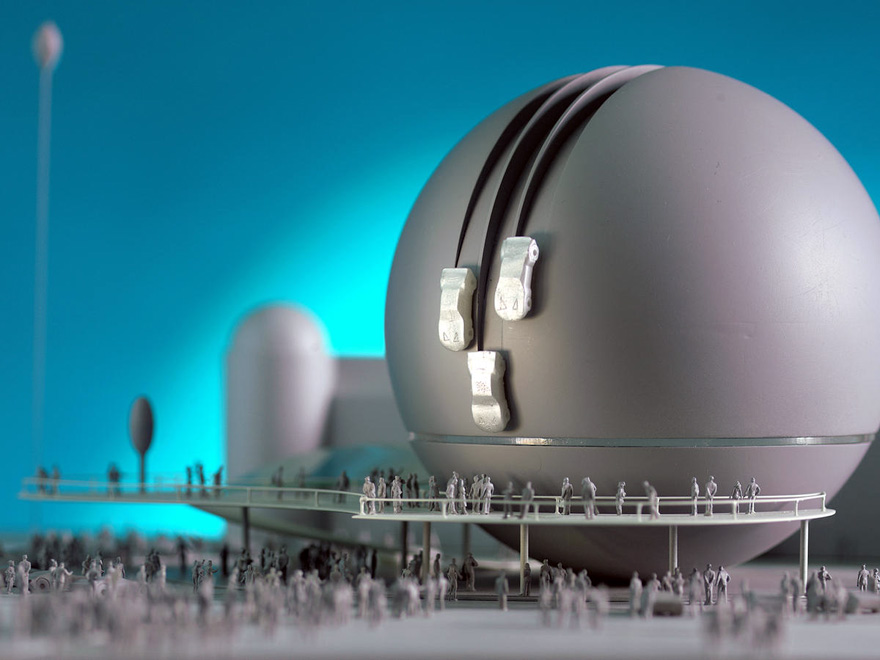 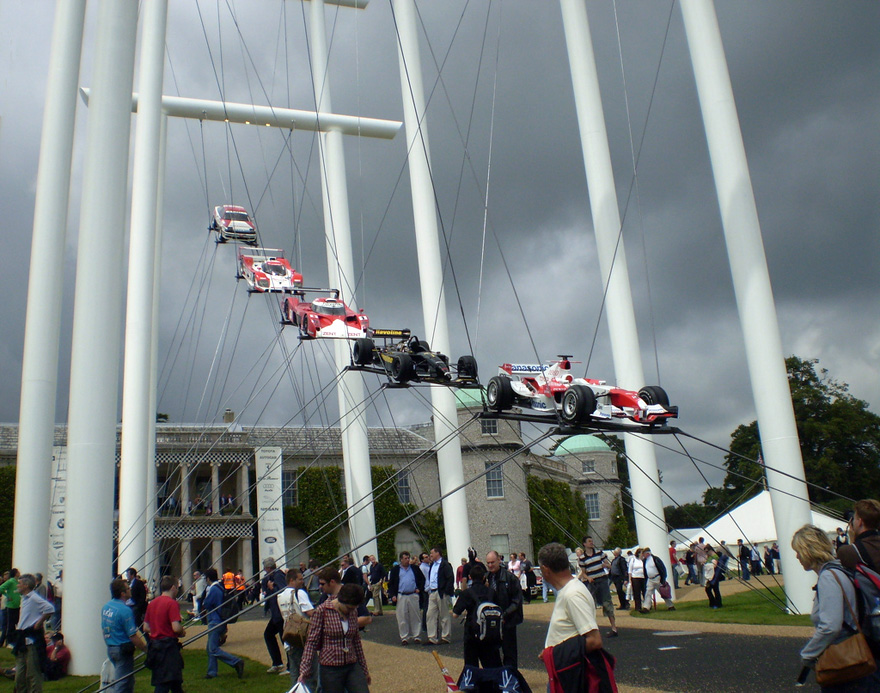 You can see all of the Goodwood Festival of Speed installations along with several of his other large-scale sculptures in his portfolio.