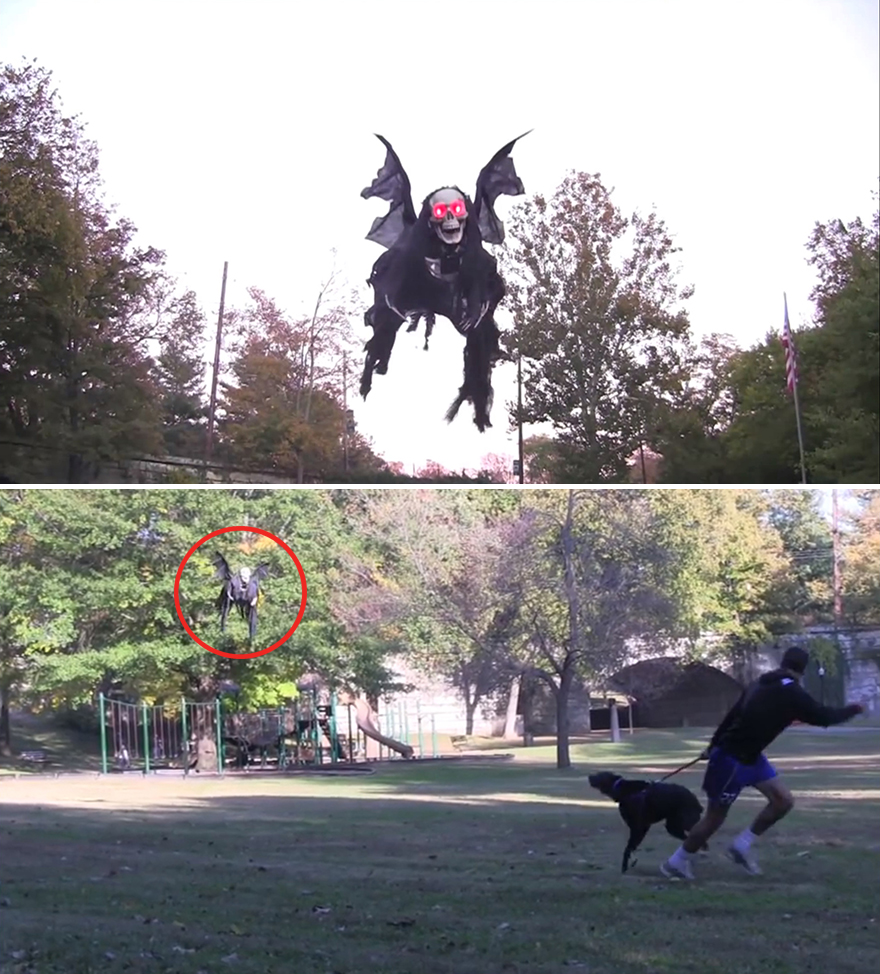 Tom Mabe is a comedian and sort of professional prankster, with a YouTube channel documenting his feats of fooled-ya. While I'm generally not a fan of deceiving people and videotaping it to entertain others, Mabe's most famous video has a a social-minded bent: He fooled a perennial drunk driver into thinking he'd just woken from a ten-year coma, in an effort to scare him straight.

But it's a more viscerally frightening prank of his that really got our attention. Last Halloween, Mabe mated an RC hexcopter with a Grim Reaper costume, and the results were pretty terrifying:

I don't know how, in litigious America, Mabe has avoided being sued. In any case, here's how he pulled off the Reaper stunt: