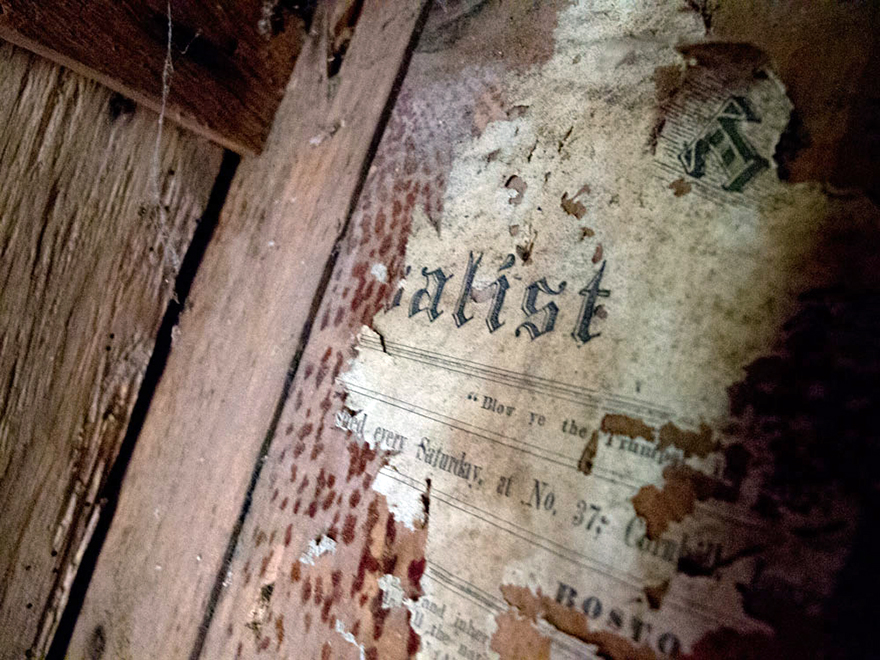 Behind the Berrybrook School in Duxbury, Massachusetts, stands an old beat-up shed. Teachers were using it for overflow storage in 2012 when Michael Burrey, a restoration carpenter working on a project at the school, came across the building. Inside, looking past the scattered toys and tricycles, he recognized the space for what it was: A woodworking shop. An extremely old one that predated electricity, judging by the "1789" painted on a roof beam and the remains of a treadle-powered lathe. 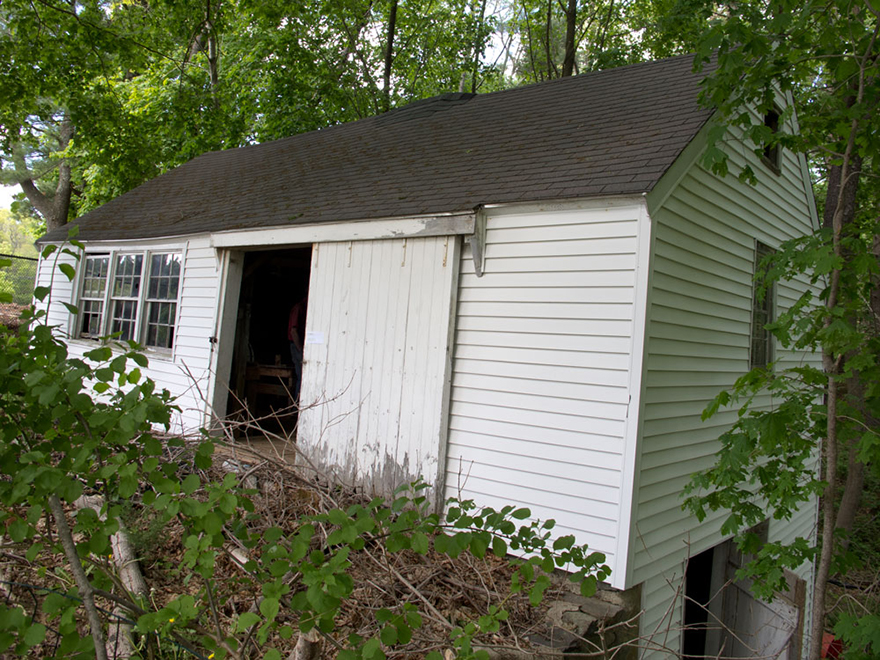 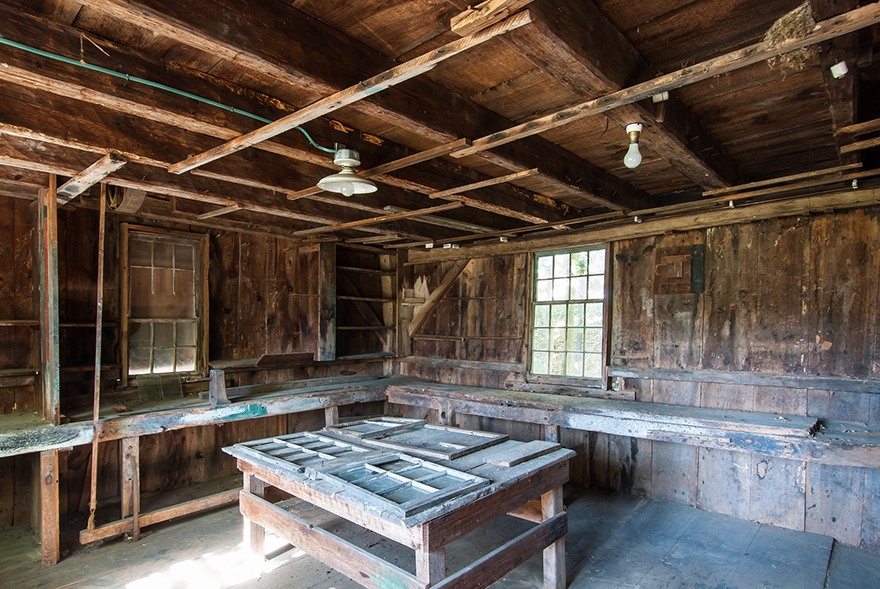 "All the benches were there," Burrey told The Boston Globe. More giveaways as to the structure's purpose: "The way the benches are in relation to the windows, how the light comes in to light an area, the location of the tool racks on the walls." 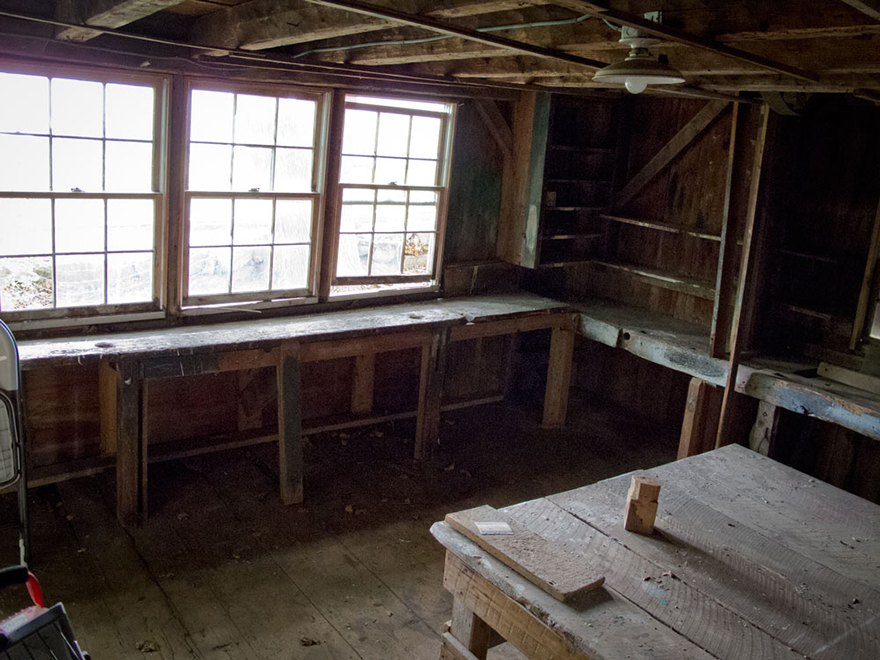 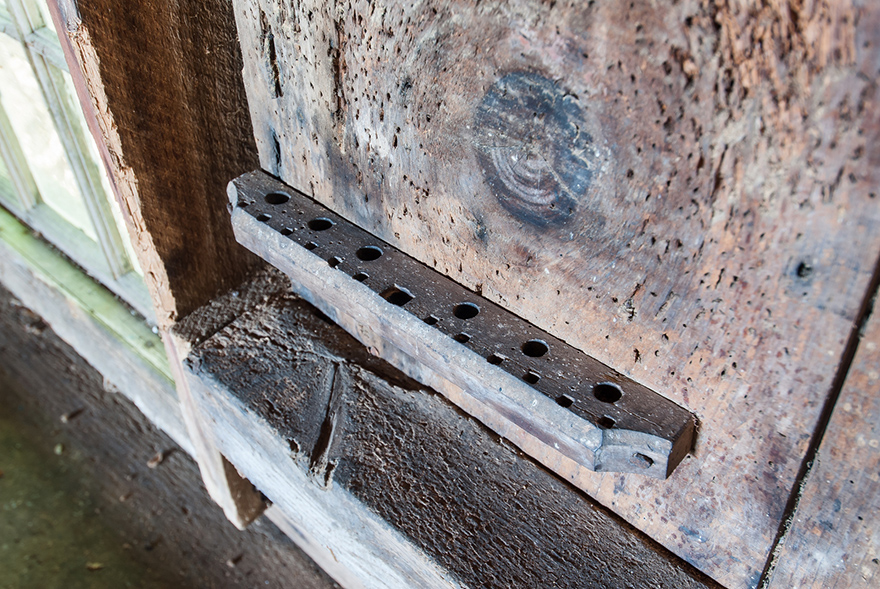 Burrey, a member of the Traditional Timberframe Research and Advisory Group, was no stranger to old structures and had contacts in the field. He called in J. Ritchie Garrison, a University of Delaware professor of American Material Culture who teaches U.S. History. Garrison confirmed that this was, in fact, a woodshop that was 200-plus years old. "The survival of any 18th-century woodshop is very rare," Garrison told local paper The Patriot Ledger. "To find one at all intact is even more rare. This one is more intact than any 18th-century woodshop I've ever seen."

Experts soon descended on the place, and the interesting forensic work of figuring out the shop's original functions began: 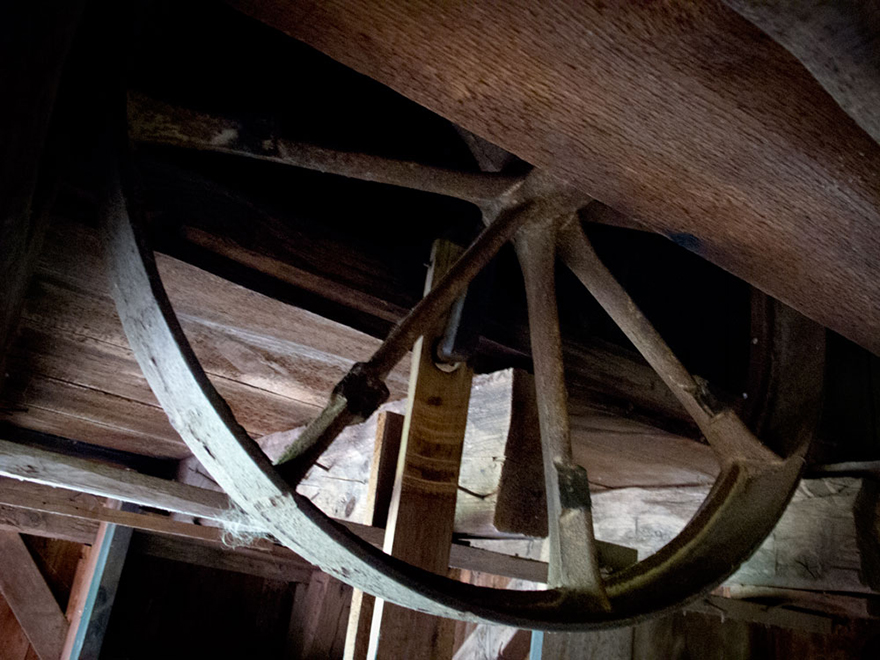 A treadle wheel still hangs from the ceiling. A finely crafted central table with rounded legs sits in the middle of the room. There's a manually rotated lathe and, beside it, a tailstock, a device used at the end of a lathe to support long pieces of wood. Shelves for beams and nooks for awls stick out from the walls. 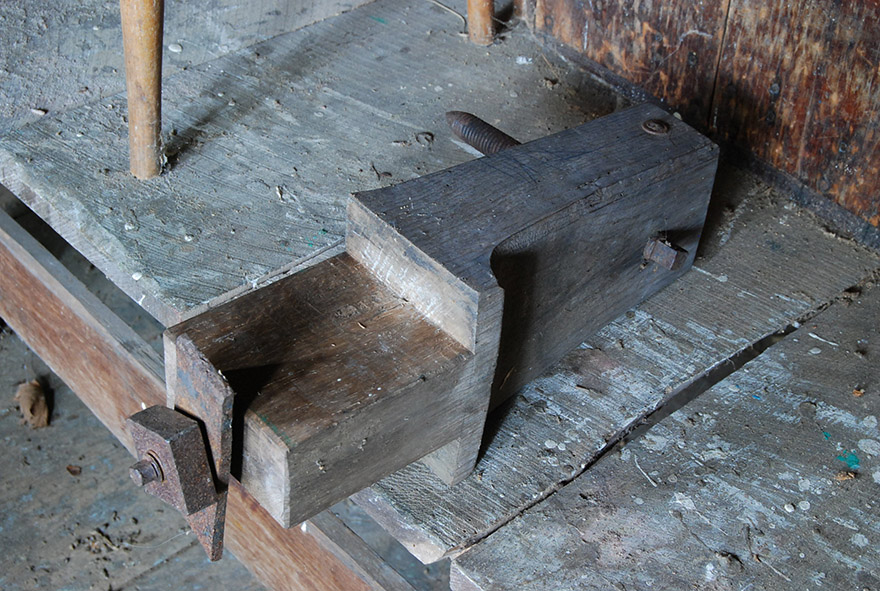 And then there's the most surprising find: a fireplace, which indicates that Sampson used glues, pastes and adhesives that required heat. With sawdust and wood all around him, Sampson had to brave the danger of fire as be used the buildings as his shop and showroom, experts say. 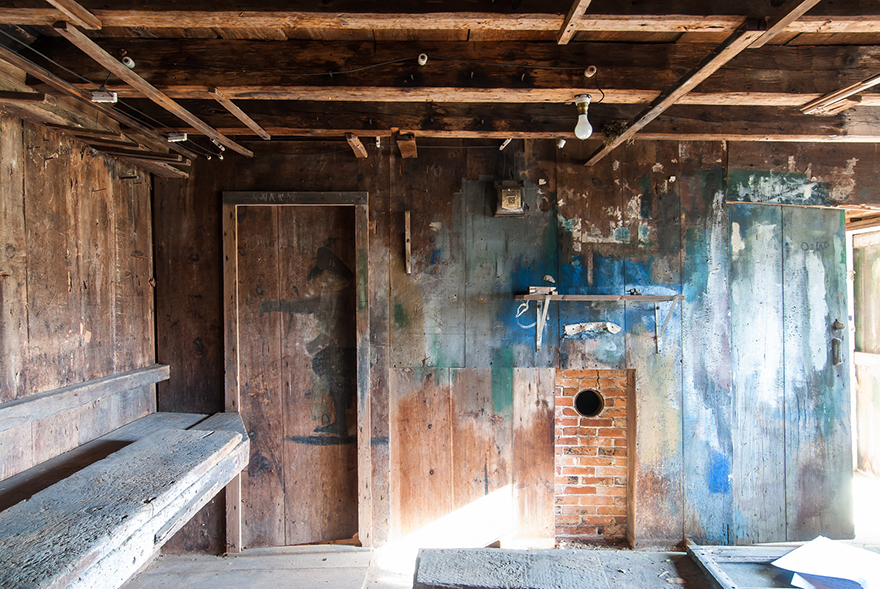 The Globe article goes into even more detail, explaining how the pre-power-tool workflow in the shop can be revealed by examining both the layout and the tool scars: 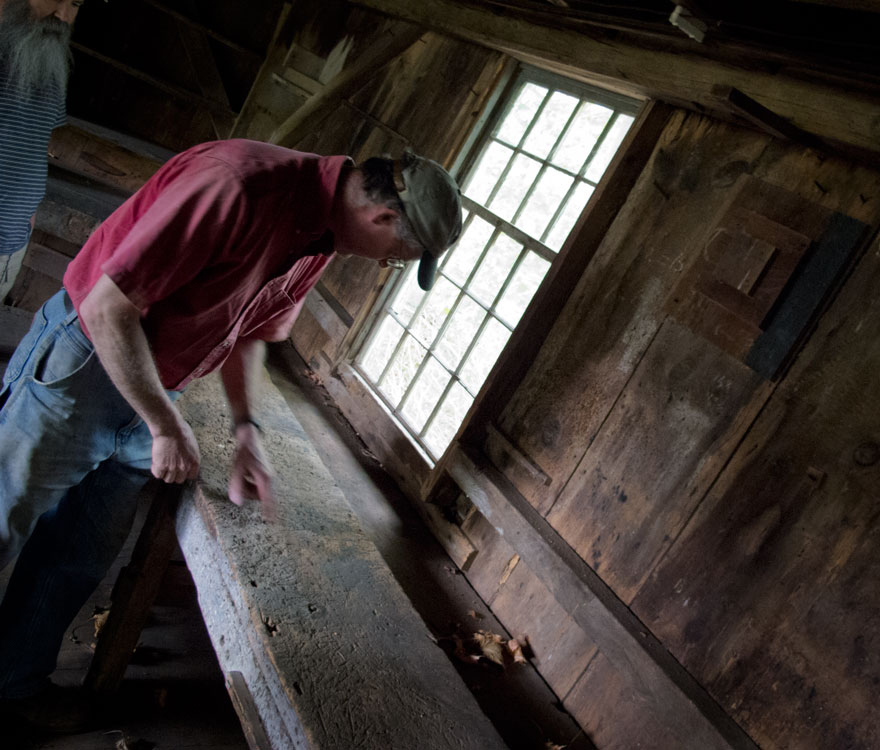 Framed in original sills, joists, and pineboard walls, the shop's interior reveals two original work benches, one pitted with marks from hand tools. The second was a "planing bench," lacking gouges or other tool scars because skilled millwork with wood planes was performed there. The wall above the bench has shelving to hold the planes.

The planing bench also reveals a groove added later to allow craftsmen to install a treadle lathe for turning wood, powered by a foot pedal.

The shop also has its original tool racks for chisels, awls, and brace (hand drill) bits, and a rack near the ceiling for handsaws. Holes in the wall board above the joinery bench and to the right of the window show where awls were stuck to keep them close at hand.

...Garrison, who visited the shop with a team of specialists from historical organizations such as Colonial Williamsburg, said the shop's interior exhibited the pattern of work for woodworkers of the 18th century. Called "joiners" then (carpenters and cabinet-makers today), early American craftsmen worked with wood that came rough from the saw mill. Their first job was to plane it down to a smooth finish.

Research of property records reveal the building was originally owned in the 1700s by craftsman Luther Sampson, a Revolutionary War veteran listed as a "housewright and joiner."

The Berrybrook School reportedly does not have the funds to preserve and maintain the shop. Garrison told Discovery that "Experts are clamoring for the building [to] be designated a national historic landmark," but there's been no official news since then.

Burrey, Follansbee, Garrison, Hoffman, Klee, Schwarz, if any of you guys are reading this: Please start a Kickstarter, and drop us a line!