Watch a Master at Work: How Handcrafted Scissors Are 'Put Together' 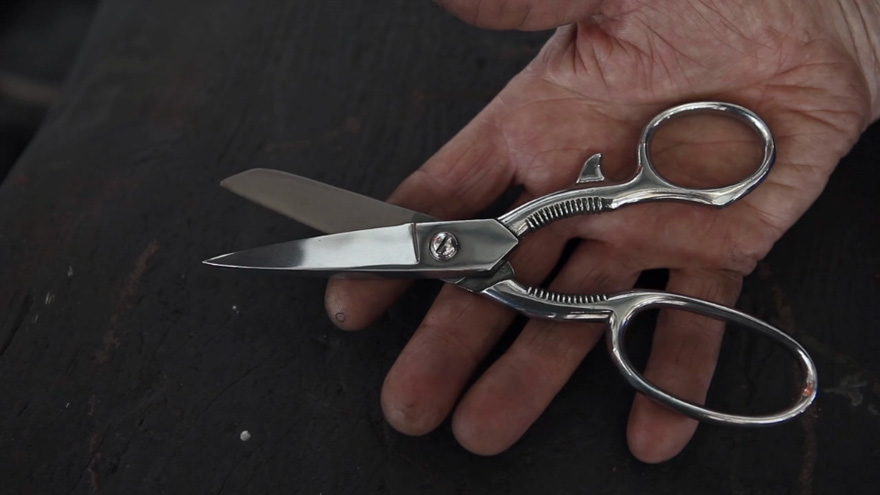 This short, wordless documentary about 'putter'—short for scissor putter-togetherer—Cliff Denton has been making rounds today and it's easy to see why. Filmmaker Shaun Bloodworth does a nice job of capturing Denton's attention to detail with this visually poetic treatment of the dying art—founded over a century ago in 1902, Ernest Wright & Sons has been producing handcrafted shears for five generations and is among the last scissors-makers of its kind.

Fun fact: Denton is shown making pairs of Turton kitchen scissors, presumably named after scissor manufacturer Frank Turton, also of Sheffield, which is widely regarded for its cutlery. From what little information I was able to find on the internet, the design—which has a distinctive built-in bottle opener—has remained unchanged since 1987 (though it likely originates prior to that date).

And in case you missed it, check out the full story behind Fiskars' now-iconic orange-handled scissors, after some 70+ years of making them the old-fashioned way.