In the Details: Making a Smart Ring That Women Would Actually Want to Wear 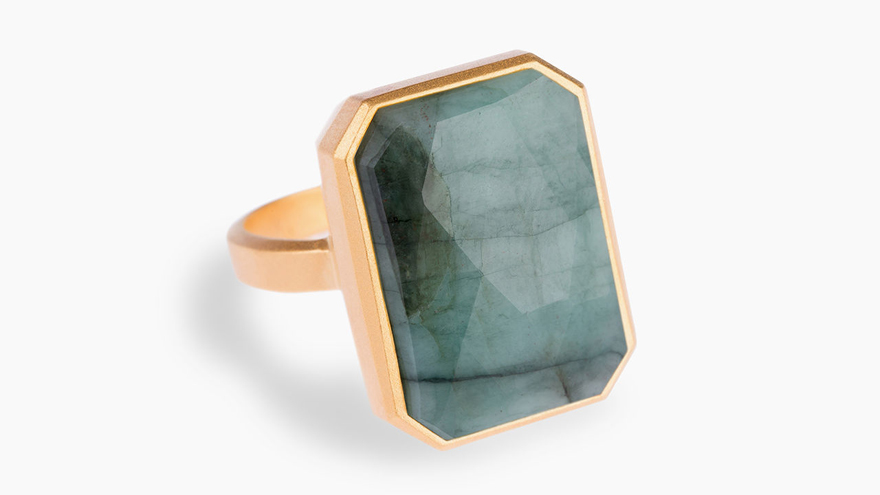 Last April, we wrote about Logbar's Ring, a smart-jewelry concept that aims to provide gesture control of a host of smartphone apps (and that raised more than $880,000 dollars on Kickstarter). But Logbar is hardly the only company competing for this wearables niche. In June, Ringly announced a pre-sale for its own smartphone-connected ring, and hit its sales goal of $60,000 in just eight hours. Clearly, some people really want a smart ring.

Where Ring promises magic wand–style controls, Ringly is more about discreet notifications. The company's CEO, Christina Mercando, came up with the idea for the device after missing a series of important calls, messages and appointments. "I started asking around and noticing other women having similar problems," she says, "so I set out to create a solution that I was also proud to wear."

Through colleagues at her previous employer, the collective-intelligence startup Hunch, Mercando was introduced to Logan Munro, an MIT-educated engineer who became Ringly's co-founder. Together, they worked on creating a device that was, first and foremost, aesthetically pleasing. "The entire idea around Ringly was to create technology that was small and discreet and incorporate it into beautiful jewelry and accessories," Mercando says. "We wanted people to fall in love with the design first and then get excited about what it can do." 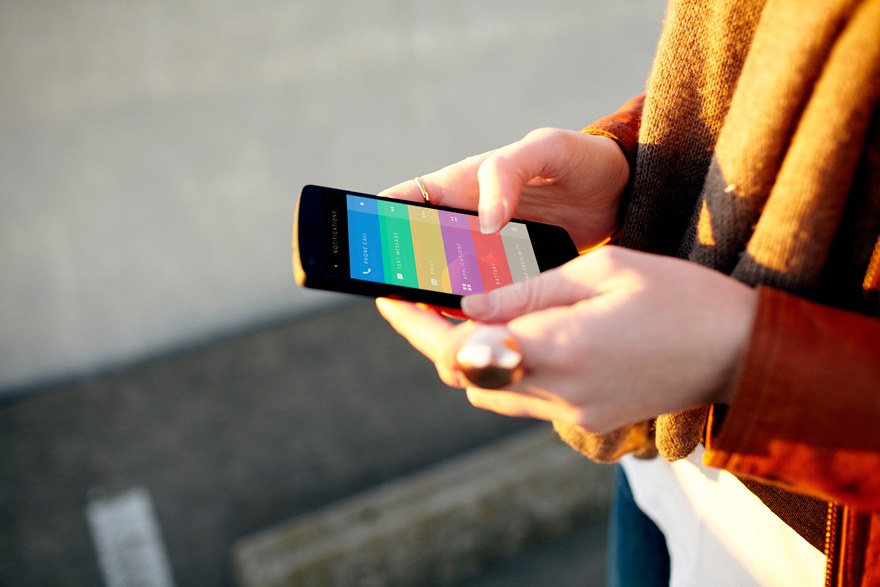 Mercando began working with a jewelry designer to prototype different concepts before sitting down with engineers to figure out the working parts. Munro focused on coordinating engineering efforts between the mechanical, electrical, software and manufacturing sides of Ringly. "We're a small team so we all wear many hats," Mercando says. "One day he'll be soldering circuits and the next day we're in the diamond district picking out stones."

By far their biggest challenge was miniaturization. "When creating technology this small, every millimeter counts," Mercando says. Beneath the surface, Ringly has an off-center motor and LEDs within the ring, along with a Bluetooth chip, a battery, a custom circuit board, an antenna and other electronic components. "There are reasons many of the wearables on the market are built with rubber or plastic and look larger," she says. "Everything has its challenges, but ours involved working with metal and designing something small enough to wear on your finger."

Using the Ringly application on an iPhone, which Ringly connects to via Bluetooth, the wearer can customize her ring to flash and vibrate using four pre-programmed vibration patterns and five colored LEDs. Alerts can be assigned to a variety of notifications, including calendar reminders, text messages, phone calls—even Tinder (due to feedback after initial user testing). The circuit boards are all custom, patented in ways to make the technology as small as possible. 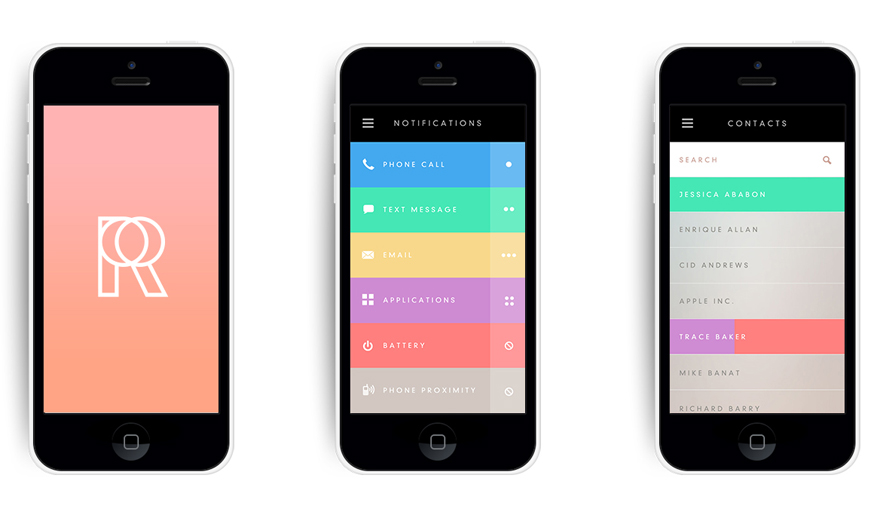 Mercando and Munro worked side by side with a jewelry designer to bring Ringly through several iterations after establishing the technology. "With hardware it's very difficult to take an iterative approach to design," Mercando says. "You start big and messy and every iteration gets smaller and more refined."

For manufacturing, Mercando and Munro reached out to the Irish company PCH to manufacture from its facilities in Shenzhen, China. "We chose PCH because they have an impressive client list and work with both large and small companies, such as Apple, Beats by Dre and Littlebits," Mercando says. "They're committed to working with startups and helping them scale their manufacturing as they grow."

Ringly comes in black onyx, pink sapphire, rainbow moonstone or emerald. These precious and semi-precious stones had particular significance to Mercando, as well as an added benefit: they allow the antenna to work. (Enclosing the antenna entirely in metal would block Bluetooth waves.) For the metal finish, the team decided on matte gold to complement the stones, and they have other designs and materials coming soon. The device lasts up to three days on a single charge.

Ringly is currently available for pre-order online for $145 (or an extra $35 to get it in emerald), and those early orders are expected to ship this fall.

In the Details: Making a Smart Ring That Women Would Actually Want to Wear