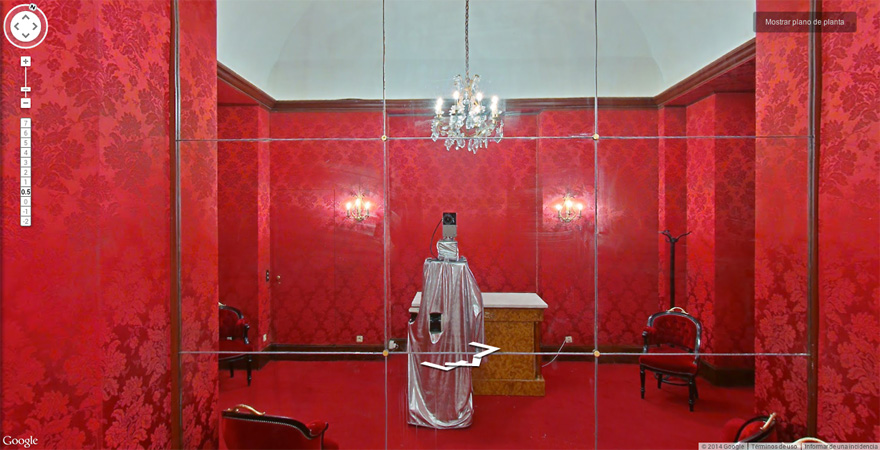 Can you call it a selfie when the self is programmed? Regardless of the semantics, there's something simultaneously obnoxious and sweet about a self-involved robot, and several recent series document a startling trend towards public vanity in our high tech friends. The first offender: the Google cam! Bored with recording every knowable foot of street and path throughout the globe, Google Cam dispatched to locations of social and cultural import to take in our art too. As a part of the Cultural Institute project the wheeled voyeur was pushed through numerous galleries to document both the spaces and their historic contents. Thanks to the vigilance of artist Mario Santamaria, we now know the large undertaking was punctuated with less high-minded photos too. Santamaria, an artist based in Barcelona, created a tumblr called The Camera In The Mirror, collecting the many odd moments that the Google camera snapped itself in a mirror. The result is eerily Kubricky, Lynchish for sure, with a touch of.. Wall-E? 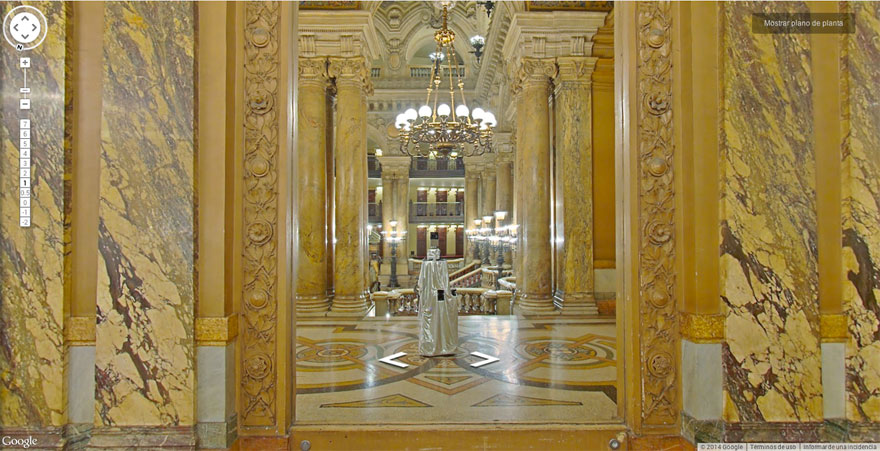 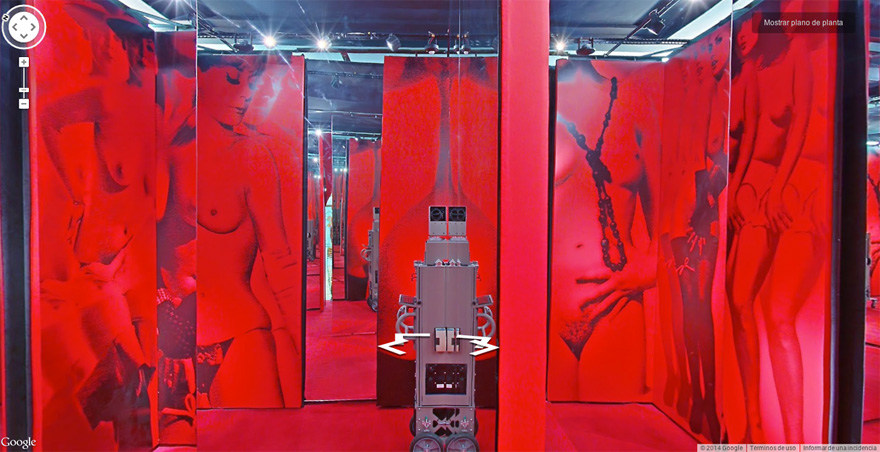 Not to be outdone by Google's ominous incursions, drones are getting in on the art selfie action too. Artist collective IOCOSE brought us these at-home drone-taken photos, along with questions about what the flying toys of war would get up to in their peace-time hours. As their project statement poses, IOCOSE raises an eyebrow towards "an alternative present where war is over, and drones—once surveillance devices par excellence—are deprived of their main reason to be and point their built-in cameras to mirrors in an act of vanity." If you can't relate to that you're probably not a big cultural critic, or you're living in a more unstable country than mine. 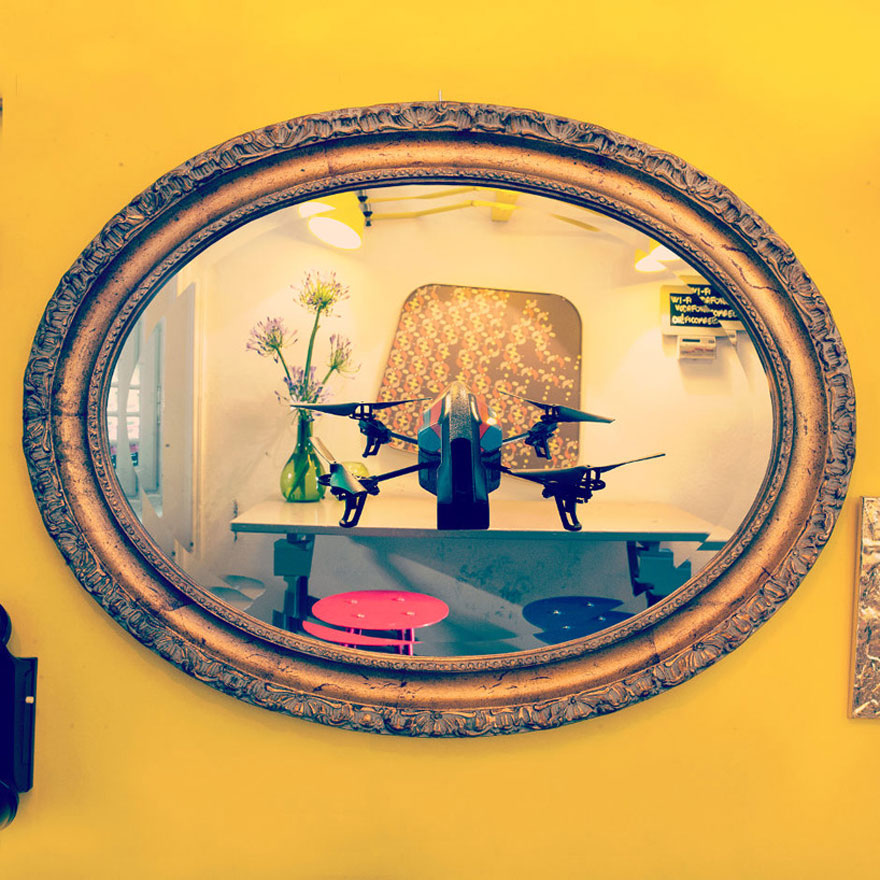 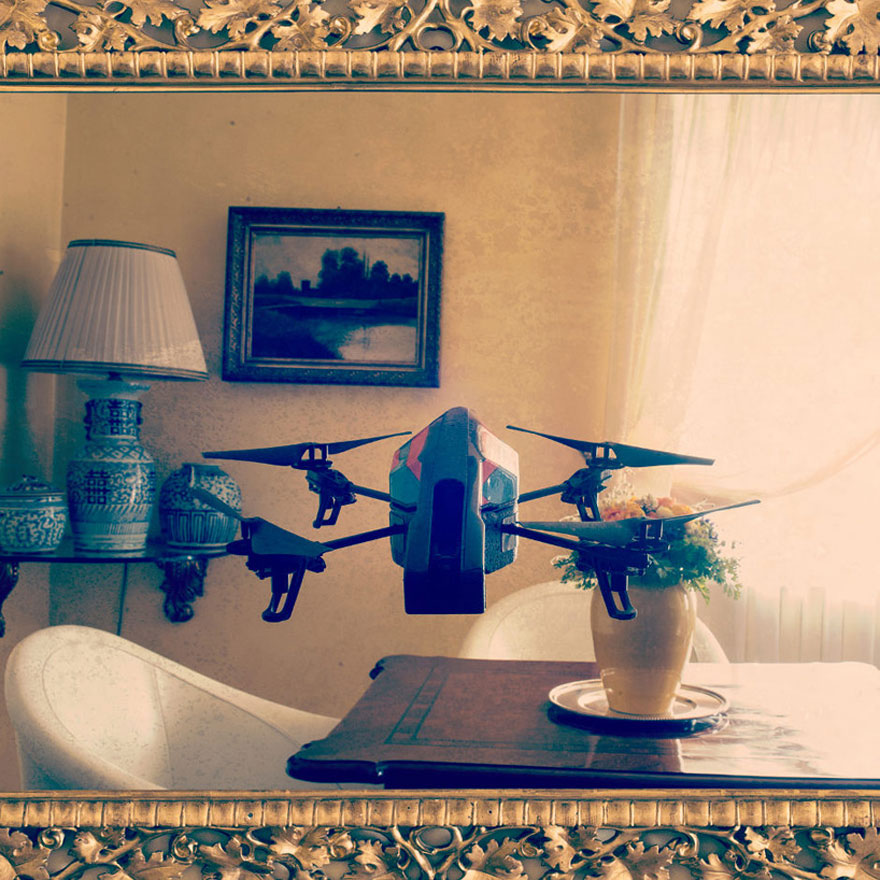 Though you may have thought twitterbots had exhausted their charm... here's a twitterbot that ALSO takes selfies! Selfiesbot is a real-internet-life bot, rehashing all manner of inane pablum and reminding you that, like outer space, the internet is mostly empty. But there's a twist! You can have your very own face, plastered onto that meaningless internet regurgitation, and you can make it happen. Don't bother tweeting something interesting and novel, you can make your very own selfie-taking twitter scrambler. 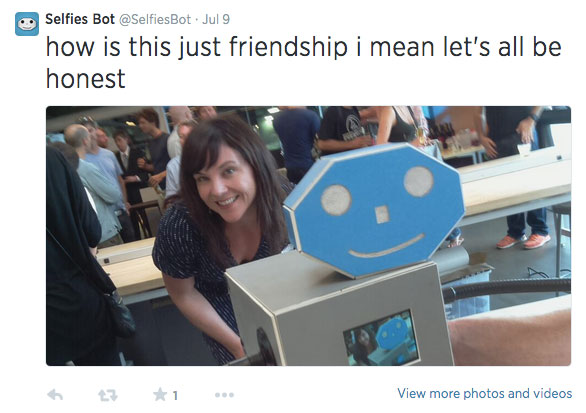 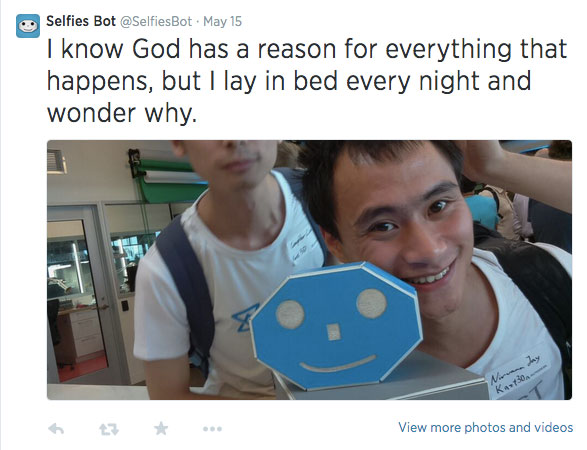 With high quality navel gazing like that, I'm less worried about the singularity and more concerned about AI making it through puberty.