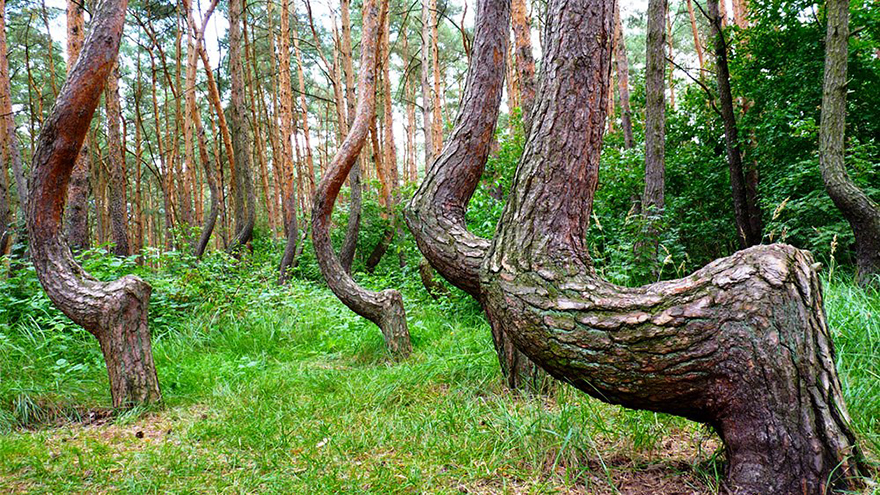 In West Pomerania, Poland, stands a rather odd grove of pine trees. Some 400 of the trees have taken the peculiar shapes you see pictured, while the surrounding forest is filled with pines that have grown the ordinary way, true and straight.

The trees, collectively called "The Crooked Forest," were estimated to have been planted from 1930 to 1934, when Pomerania was still a German possession. And while nature-driven theories have been put forth as to why the trees are shaped this way—some think heavy snowfall caused the bends when the trees were sapling-aged—what seems more likely is that this is man-made intervention. 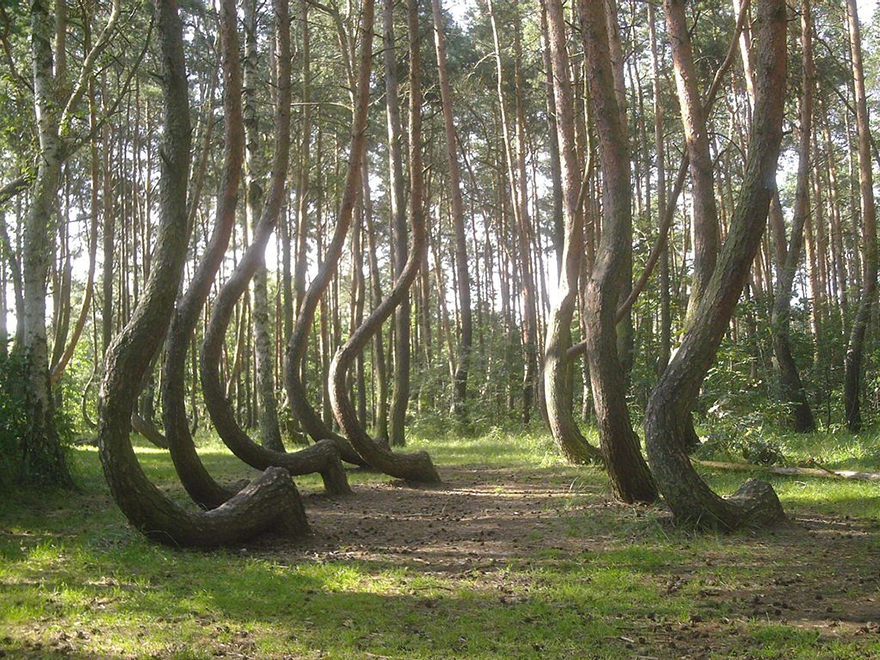 The prevailing theory is that the trees were deliberately shaped, when seven to ten years old, for the purpose of eventually harvesting the naturally bent wood to construct something. Boats, furniture or some type of structure are the best guesses. On the nautical side, IFLScience's Justine Alford dug up this quote from a Navy & Marine article on 19th Century shipbuilding called "Wooden Vessel Ship Construction:"

Oaks from the areas of Northern Europe were fine for the development of long straight planking, but the gnarled English "Hedgerow" Oak was the best for the natural curved timbers used to strengthen the ship internally. Trees were even deliberately bent in certain ways so as to 'grow' a needed set of curved timbers. These curved timbers were known as 'compass' timbers. 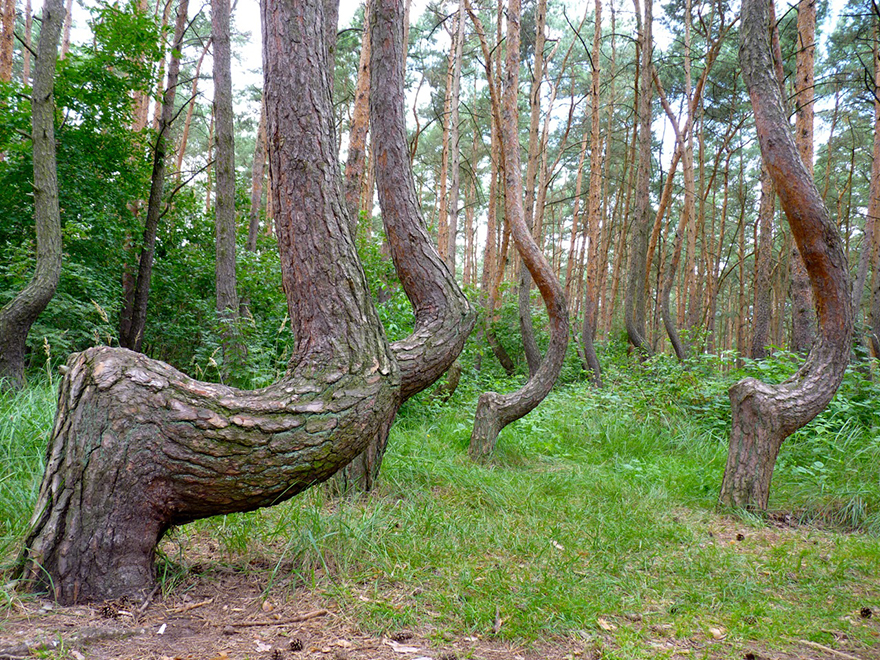 A blogger named Arcady, who holds a Masters in Garden History, has encountered a theory that the trees were so shaped to accommodate a particular product design. "A commenter on [a now-defunct article on the Crooked Forest] said he was taught to do this by his grandfather," she writes, "with the intent of making saplings grow ready-shaped for canes." 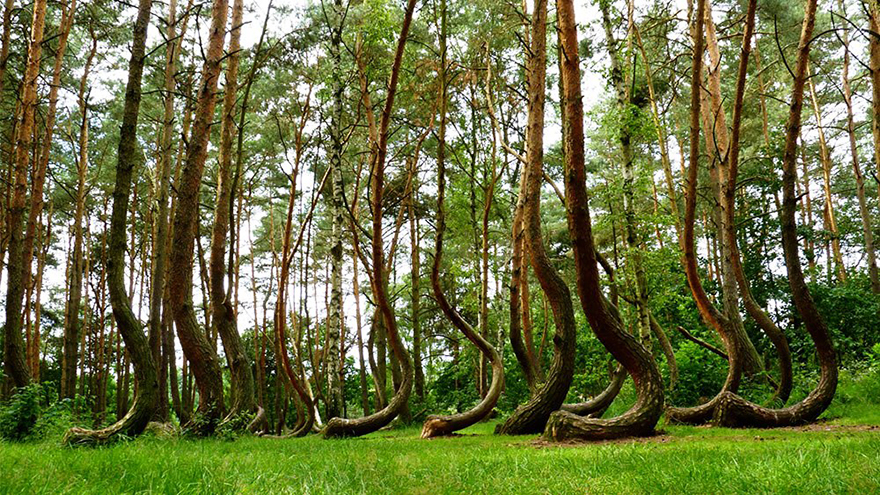 The question of why these trees were never harvested is a bit easier to guess than their original purpose. The estimated dates of planting and modifying roughly coincide with the commencement of Germany's World War II activities. Assuming the men from this small town who modified these trees were hardy enough to work as sawyers or joiners, they were presumably called up for military service—and probably never returned to complete their task.

The link to the Polish tourism board's website for the Crooked Forest is here.